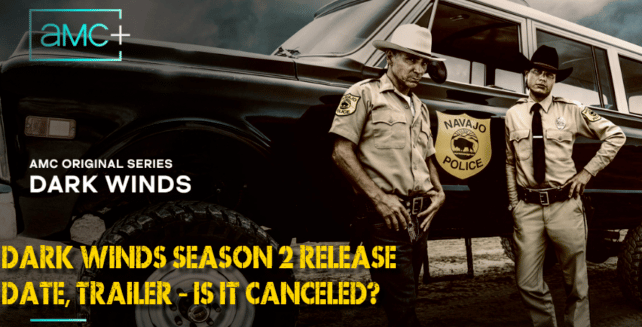 The new AMC series Dark Winds is here to welcome you to a new culture. Following the death of two people, the Navajo police officers find themselves in a very serious chain of crimes. The show’s announcement was made in July 2021 with the creator Graham Roland, alongside producers like Robert Redford and George R.R. Martin. After a successful premiere, everybody was expecting there to be more. So let’s see if they got what they wanted.

The psychological thriller Dark Winds was made into a TV series by AMC and AMC+and it quickly became a hit. The plot follows 2 Navajo police officers (Joe Leaphorn and Jim Chee) in the 1970s Southwest. They are forced to challenge their spiritual beliefs while they search for clues in a double homicide case.

After a while, this double homicide becomes intertwined with an FBI investigation of a bank robbery. While they conduct their inquiry, they notice some strange behavior from some of their residents and have to deal with newcomers on their land. It is a six-part series, and every episode is making you sit on the edge of your seat. While doing so, you also get to see the culture of the Native American people presented properly and with the right kind of casting.

After the first season’s conclusion, everybody was expecting a renewal, and guess what? The people got what they wanted! After just a week of waiting, Dark Winds was picked up for season 2. The announcement didn’t come as a surprise because the show drew 2.2 million viewers during its first ever episode. Dark Winds season 2 does not have an official release date yet. However, AMC has confirmed that it will be released sometime around mid-2023. We also know that the 2nd season will have a total of 6 episodes just like the 1st season.

What is Dark Winds based on? 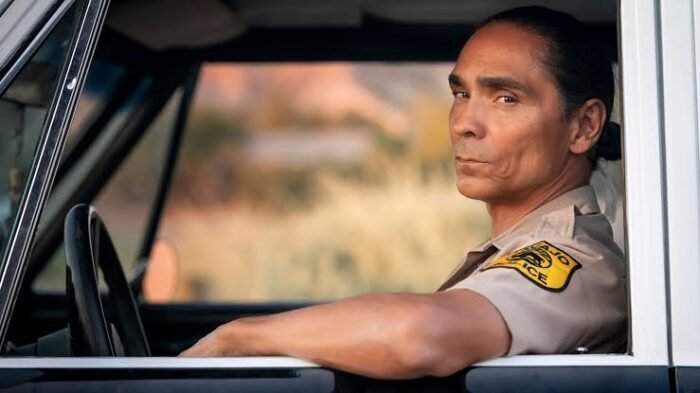 The story told on our screens is based on the novel series by Tony Hillerman called Leaphorn & Chee. The books are a series of detective fiction books and after he passed, it was taken over by his daughter Anne Hillerman. The Navajo Mysteries ( A.K.A Leaphorn and Chee) series consists of 18 books and began back in 1970 with the book “ Blessing Way”. Now his daughter is continuing the series and her stories began with the book “Spider Woman’s Daughter”. She added the character Bernadette Manuelito we see in Dark Winds as a full-time character as well.

When the book series came to life with Dark Winds, the most appreciated thing about it was the casting and the writers’ room. The TV show follows “The Blessing Way” and “Dance Hall of the Dead” novels. The cast is mainly Native Americans, and accompanying them is a writers’ room full of Native Americans. The way it captures the Navajo culture accurately is one of the reasons why the show is loved by many. With how everything is moving forward now and according to AMC it is a big possibility that we will have a long-running story to watch!

How do I watch Dark Winds? 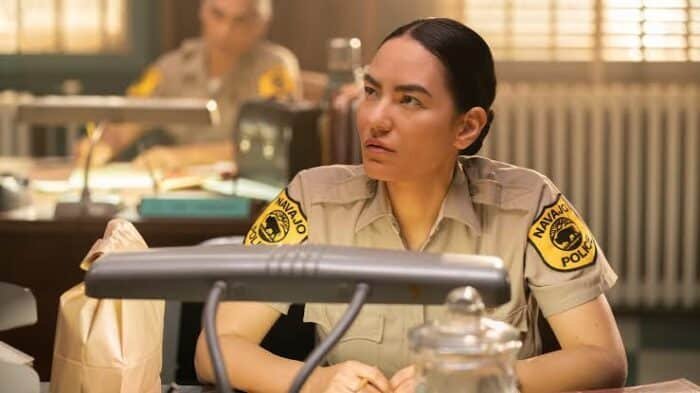 This show is defying a lot of Hollywood’s stigmata around Native American culture while telling an amazing story about beliefs, spiritualism, and murder. The cast that accompanies the producers are names such as Zahn McClarnon, Kiowa Gordon, Jessica Matten, and Deanna Allison. In addition to Dark Winds, four of the books written by Tony Hillerman were made into movies. These movies were The Dark Wind, Skinwalkers, Coyote Waits, and A Thief of Time (also produced by Robert Redford).

The newest addition to the series Dark Winds is currently aired on AMC and the streaming service AMC+. The show is also streaming on services like Amazon Prime, and Apple TV. There are many other services airing the show as well.

Dark winds season 2 is on its way to you coming in 2023! If you’re interested in the chilling story of the Navajo Mysteries centering double homicide, here’s the trailer for season 1 to get a glimpse of what to expect: