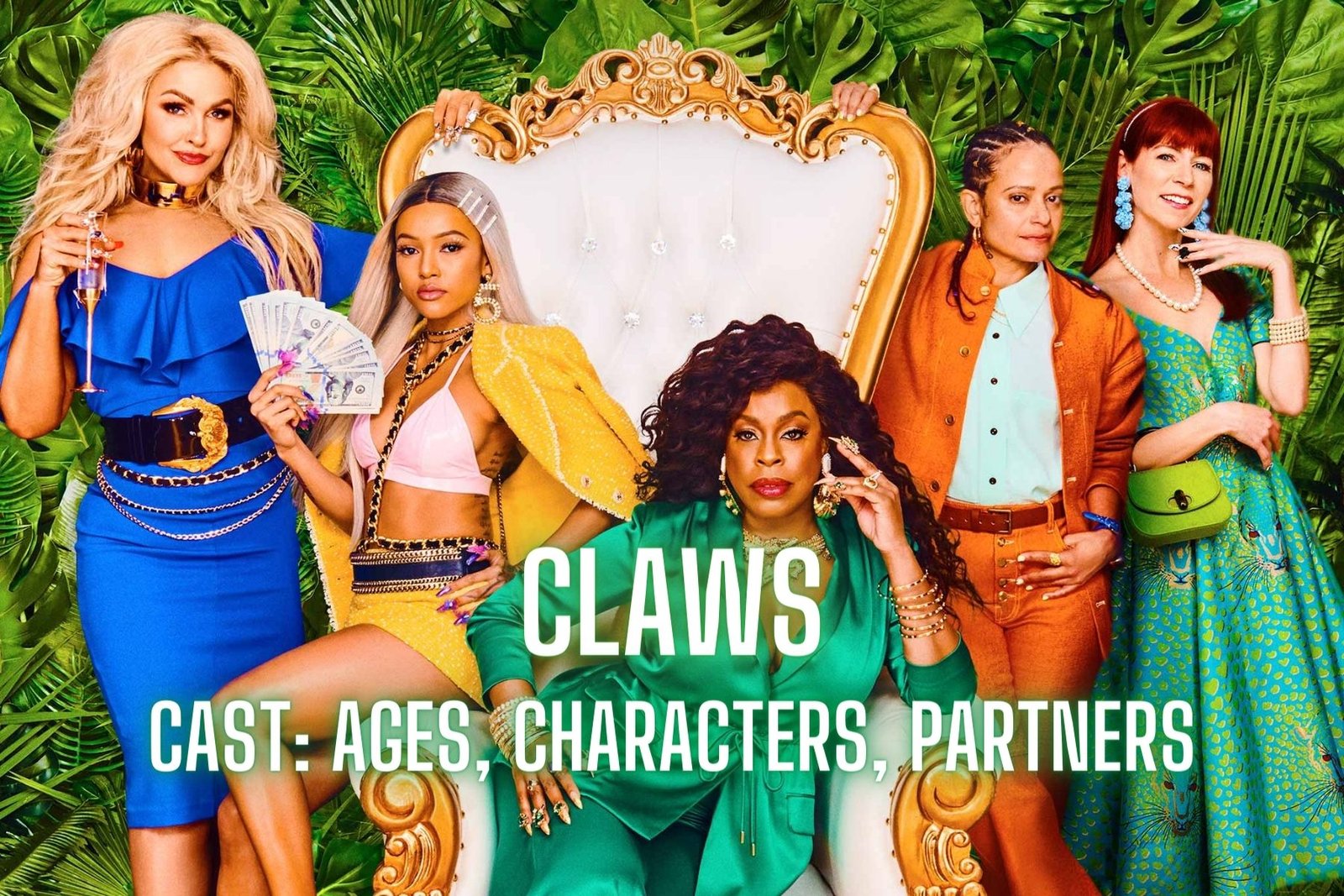 We were seriously heartbroken when TNT announced in 2019 that our nail artists turned criminals would return to the screen for a 4th and final season in December 2021. The producers and the members of the Claws cast both said that the series ending in Season 4 would be the best thing for the characters and the series in general. The 1st 2 episodes of the 4th season aired on TNT on December 19, 2021 and the series finale on February 6, 2022.

The series was critically acclaimed and always received higher critic ratings on the review aggravator site Rotten Tomatoes. The show’s 3rd season even received a score of 100%, based on 9 critic reviews. The show has witnessed a gradual decline in viewership numbers. Seasons 1 and 2 had an average of 1.2 million viewers while Season 3 dropped below a million, to 815.000 viewers on average.

The demise of the show despite its critical success made us feel like we must prepare an ode to the amazing Claws cast members who brought our powerful girls’ gang to the screen. 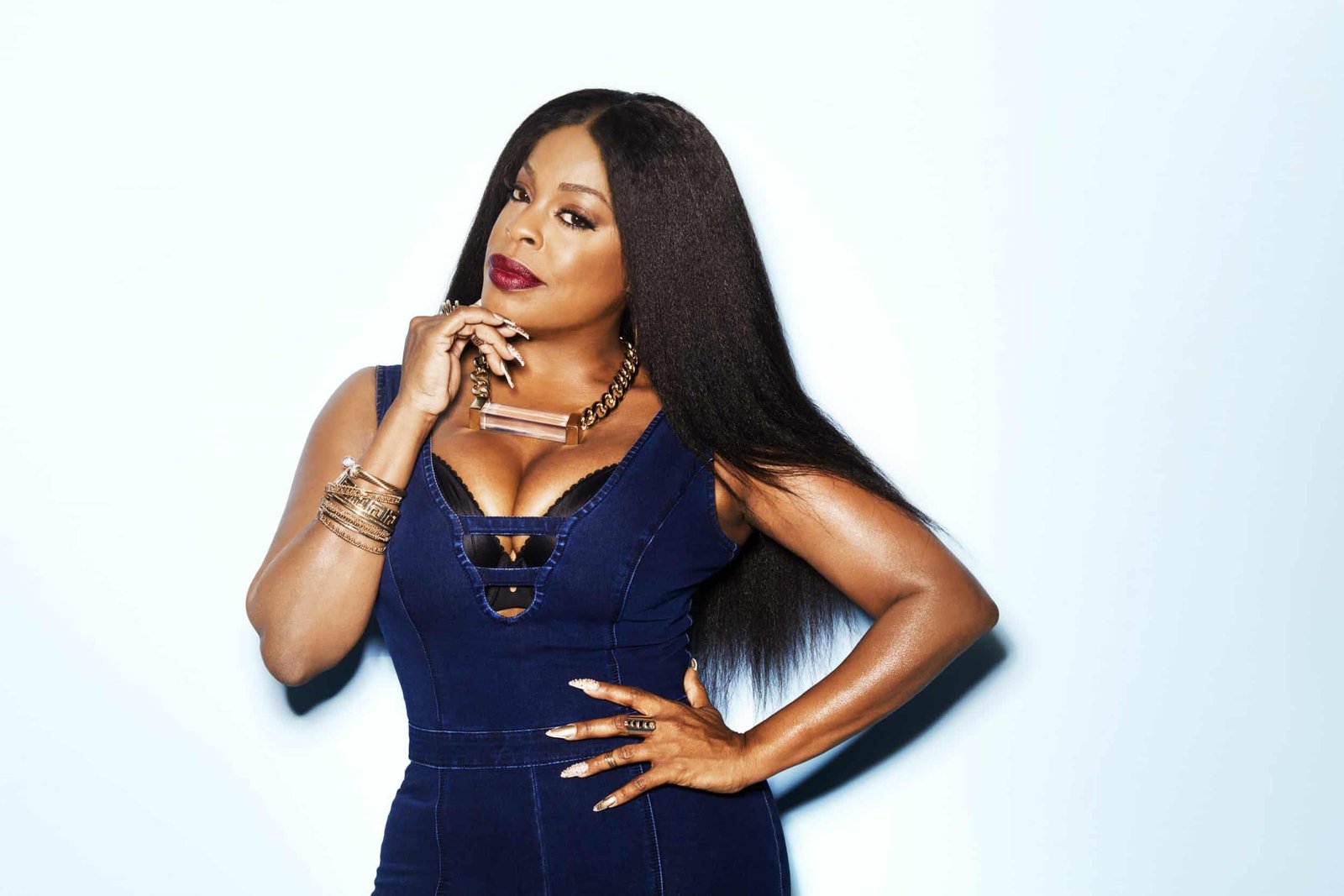 Niecy Nash played Desna Simms, the owner of a nail salon in Florida. We watched her and her crew becoming involved in the world of organized crime as money launderers. The 52-year-old actress has been involved in many projects such as tv series, movies, and game shows. Most famously, she was the host of Clean House, a home makeover and interior design show, from 2003 to 2010. She later received multiple Primetime Emmy Awards nominations for her roles in HBO’s comedy series Getting On (2013-2015) and Netflix miniseries When They See Us (2019).

When Niecy Nash announced her marriage to another woman, Jessica Betts, in 2021, her fans from the LGBTQ+ community were thrilled to hear the news. The news was quite surprising considering the actress had 2 prior marriages to men before marrying Betts. Nash was married to Don Nash, an ordained minister, from 1994 to 2007, and Jay Tucker, an actor, from 2011 to 2020. Don Nash and her have 3 children. 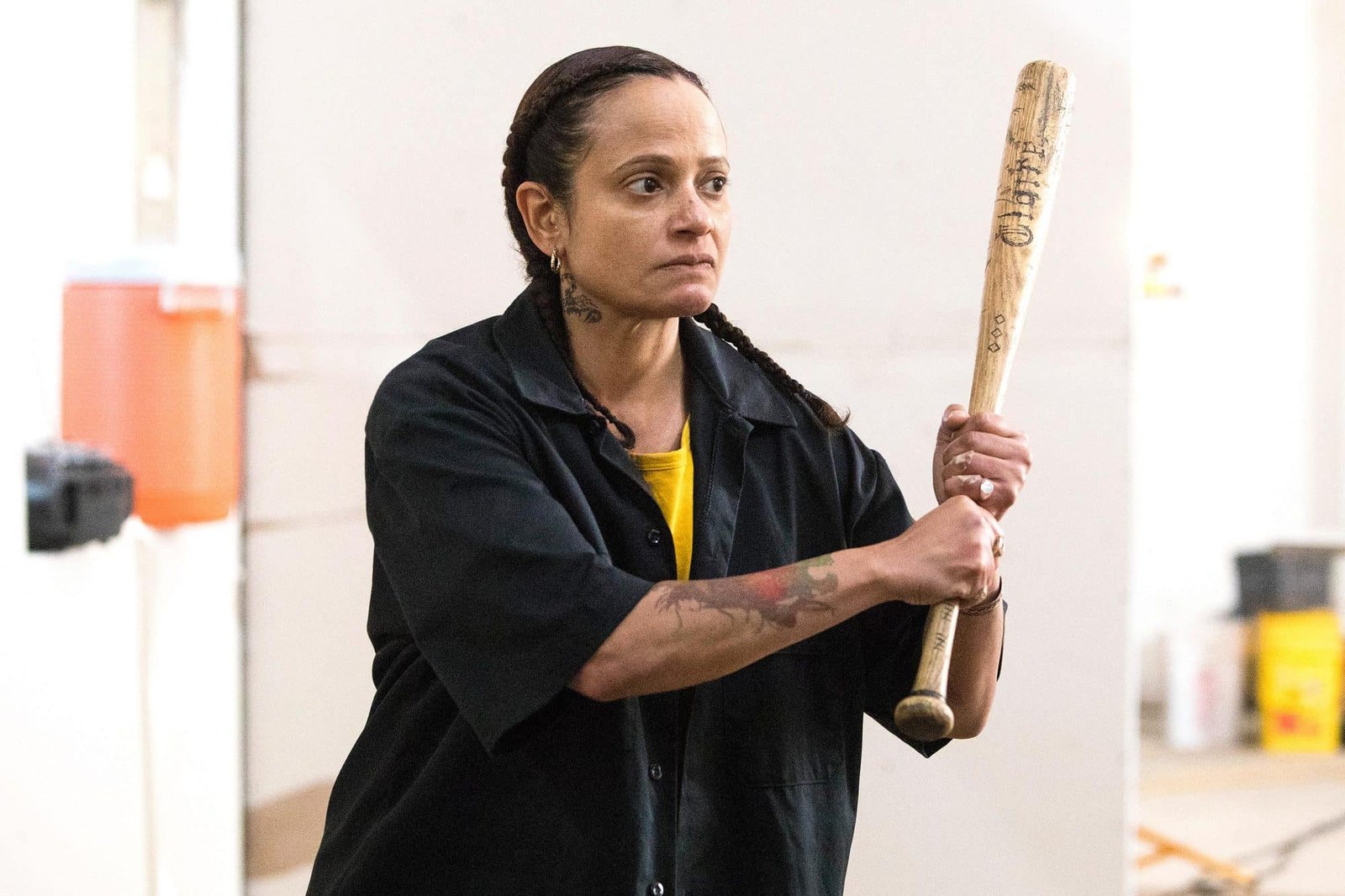 Judy Reyes plays the character Annalise “Quiet Ann” Zayas, who is a bisexual, college-educated woman who dreams of becoming a teacher but ends up having a ruined career when she is convicted of attempted murder. She is the nail salon’s lookout. Reyes is a 54-year-old actress best known for playing Carla Espinoza in the medical comedy Scrubs (2001-2009).

Reyes is currently in a relationship with George Valencia who is a director and writer. We don’t know the exact beginning of their relationship since Reyes divorced her husband Edwin M. Figueroa, whom she was with for 13 years, in 2008. She and Valencia had a daughter in 2009. 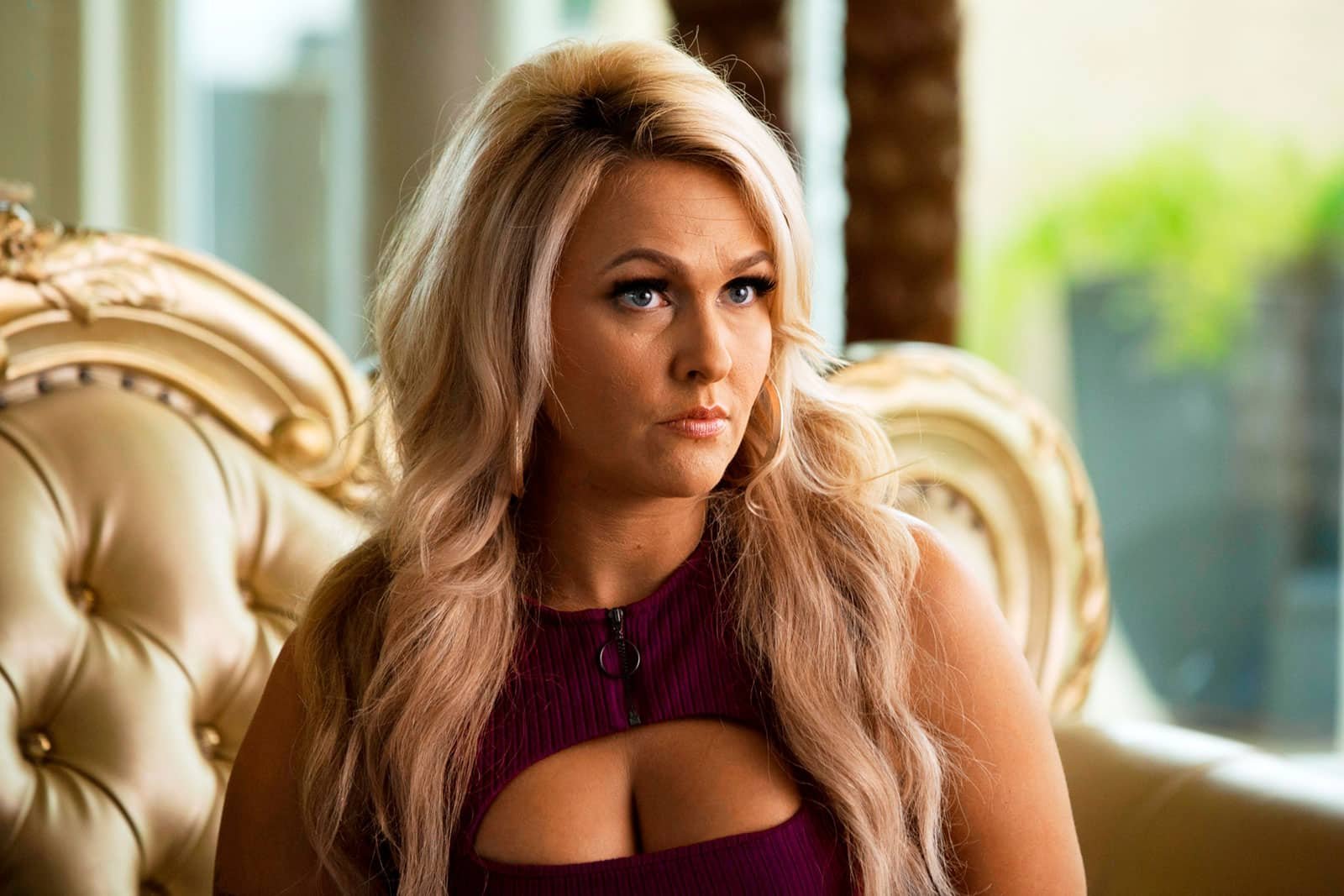 Lyon plays Jennifer Husser in Claws. She is Desna’s oldest friend and right hand. Mostly famous for her role in Claws, she is also known for playing in Saint George (2014) and Justified (2010). The actress is 37 years old and is married to another actor Taige Jensen whom she married in 2019. Here is an Instagram picture of the bride and the groom. 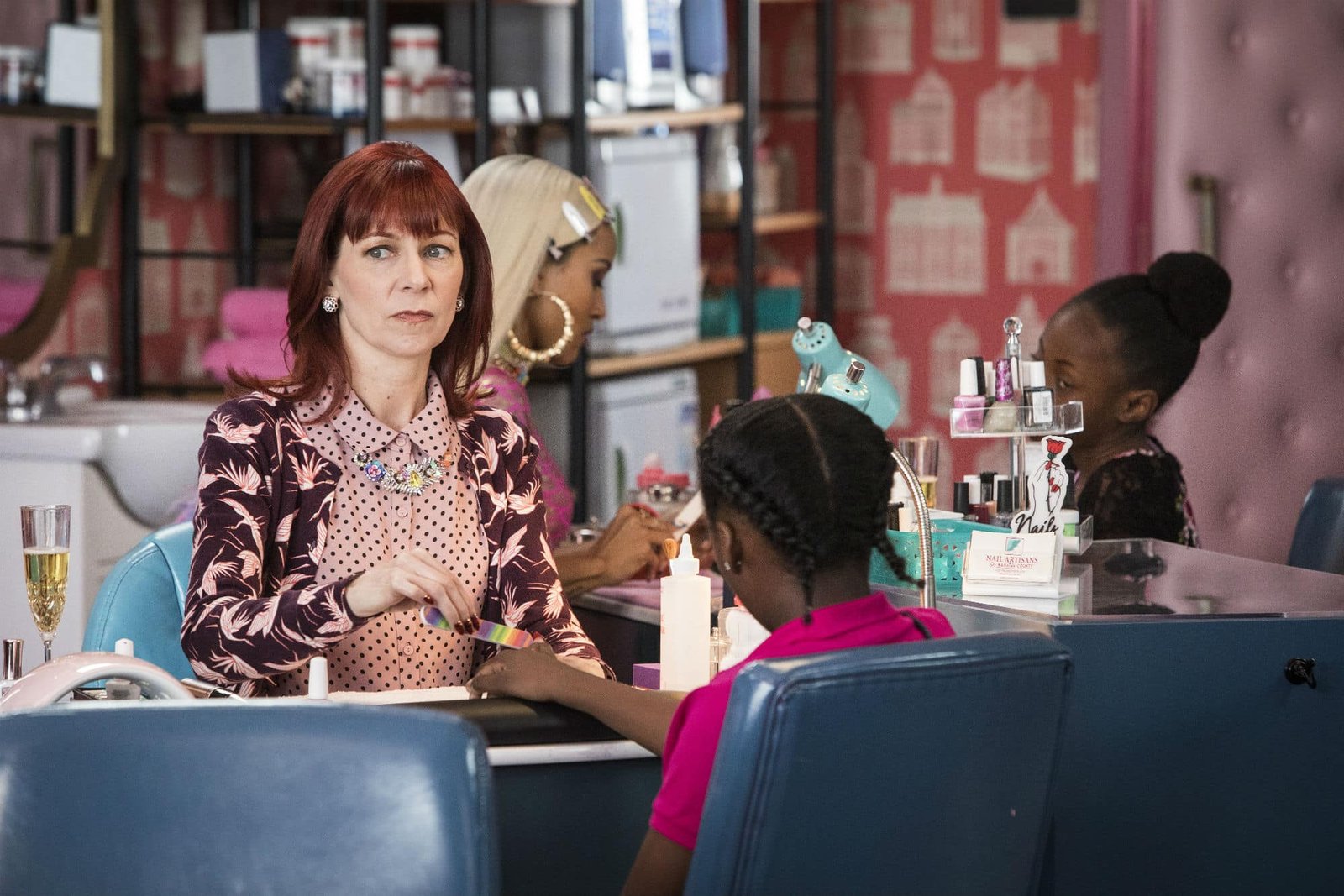 Preston plays Polly Marks, one of the most interesting characters in the series. She is a former professional con artist who recently made parole for running a fraud scheme and is a skilled burglar. She helps Desna manage their criminal enterprises. Preston has won a Primetime Emmy Award for her extraordinary acting in The Good Wife (2009-2016). She played in many famous series such as True Blood, Person of Interest, The Good Fight, and Crowded.

Preston (54) is married to her co-star on Person of Interest, Michael Emerson, since 1998. 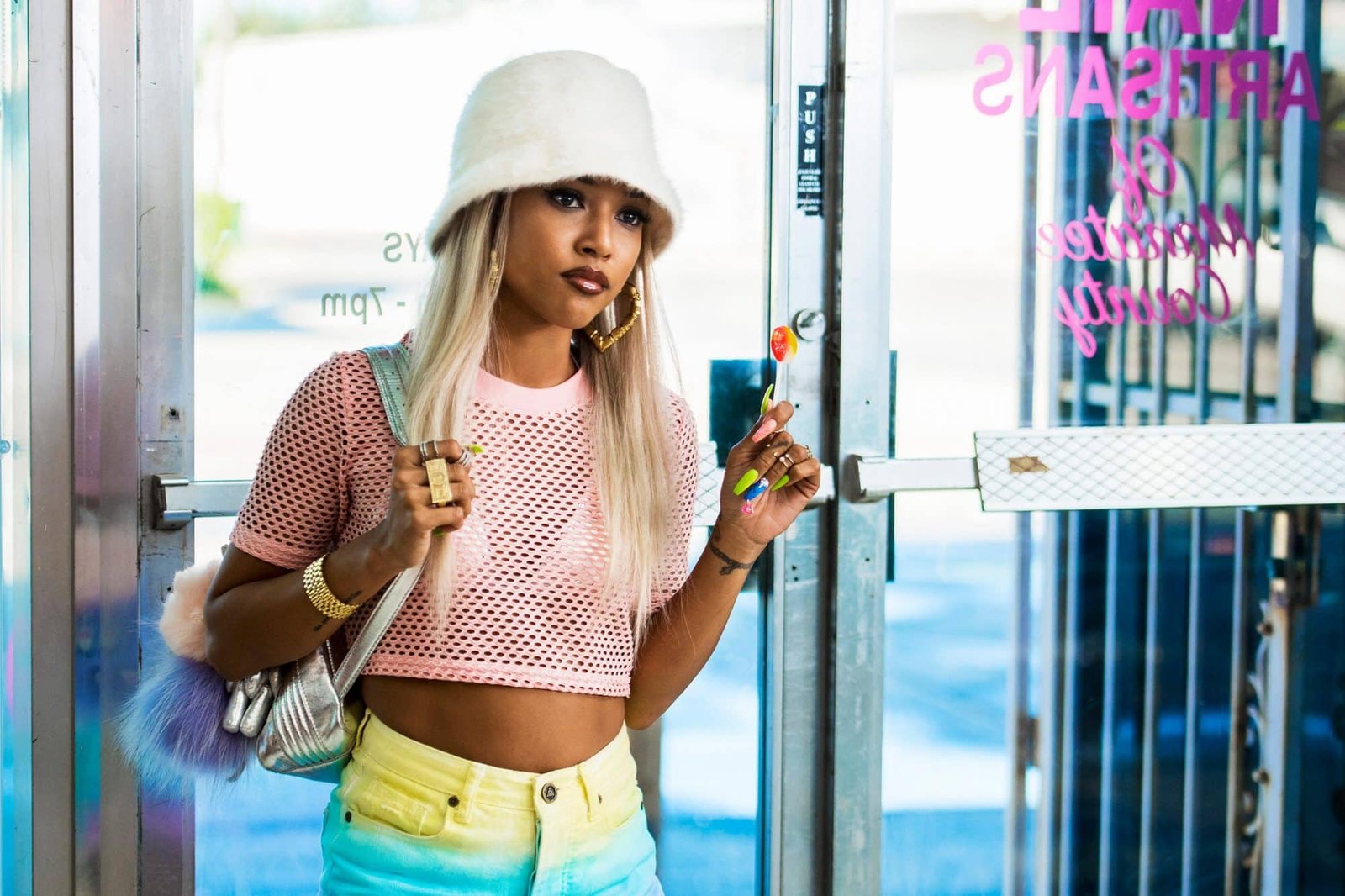 Tran plays Virginia, a former stripper who wants to master the art of manicure. She gets fired by Desna but later proves her loyalty and is taken back. Tran played Vivian Johnson in The Bay (2010-2029). Tran (33) has been in relationships with well-known celebrities, most famously with the singer Chris Brown between 2011 and 2015. She is currently rumored to be dating Migos’ Quavo. Harold Perrineau plays Dean, Desna’s autistic brother who is in love with Virginia. Perrineau (58) most famously played Michael Dawson in Lost and Link in The Matrix franchise. He has been married to Brittany Robinson since 2002. They have 3 children together, including the actress Aurora.