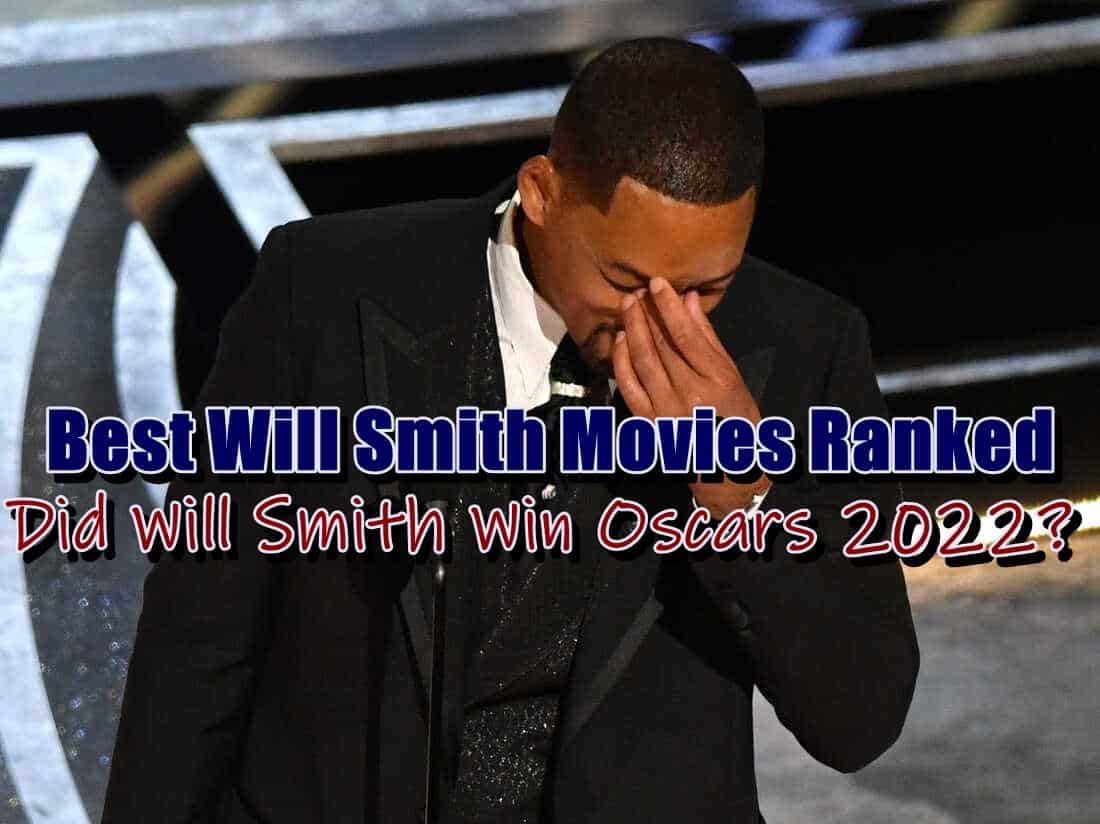 Will Smith is still one of the most famous performers of his time, and he is unafraid to chase the potential of blockbuster dominance alongside smaller projects that only he can make happen.

Will Smith’s first journey into film includes supporting appearances in “Where the Day Takes You” (1992), “Made in America” (1993), and a co-lead role in “Six Degrees of Separation” (1993), all of which received critical praise but grossed relatively little at the box office.

The actor then revised his professional goals, understanding the importance of box office to longevity, and examined what components were required to make movies become blockbusters. It was effective, so let’s see some of the best Will Smith movies and rank them!

Does Will Smith have an Oscar? 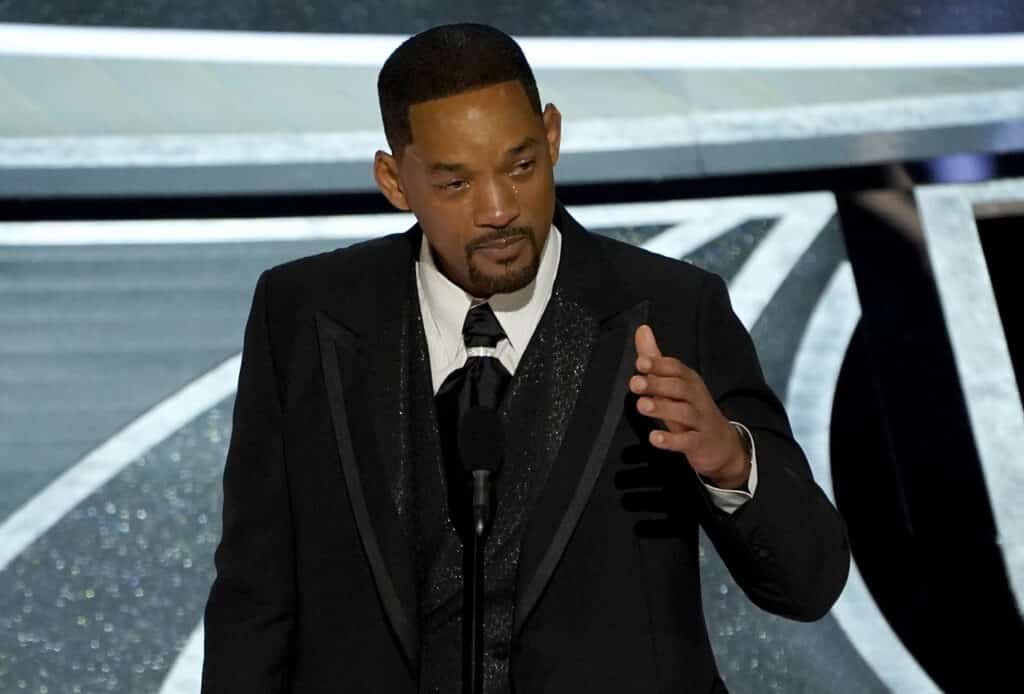 Smith gets on the stage about 40 minutes later after a certain incident we will talk about below, to win the Oscar for best actor, apologizing to the Academy and his fellow candidates for the incident.

He collected the prize at the 2022 Oscars with tears in his eyes for his portrayal of Richard Williams, the father of Venus and Serena Williams, in the film “King Richard.” Williams, according to Smith, “was a staunch protector of his family.” 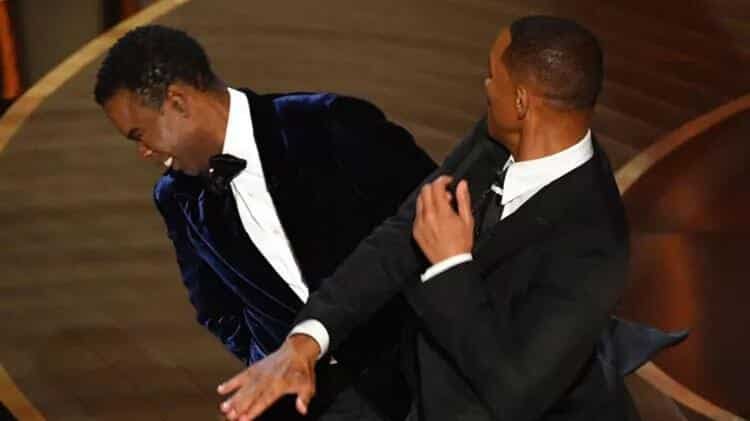 Will Smith and Chris Rock

Will Smith’s Oscars 2022 assault on Chris Rock tarnished his Best Actor triumph. Smith confronted Rock when the comedian made a joke about Jada Pinkett Smith. The incident happened when Chris was presenting the prize for Best Documentary Feature, urging Smith to assault him and say “get my wife’s name out of your f**king mouth.” Later in the show, Smith returned to the stage for a much happier reason: to win the Oscar for Best Actor. 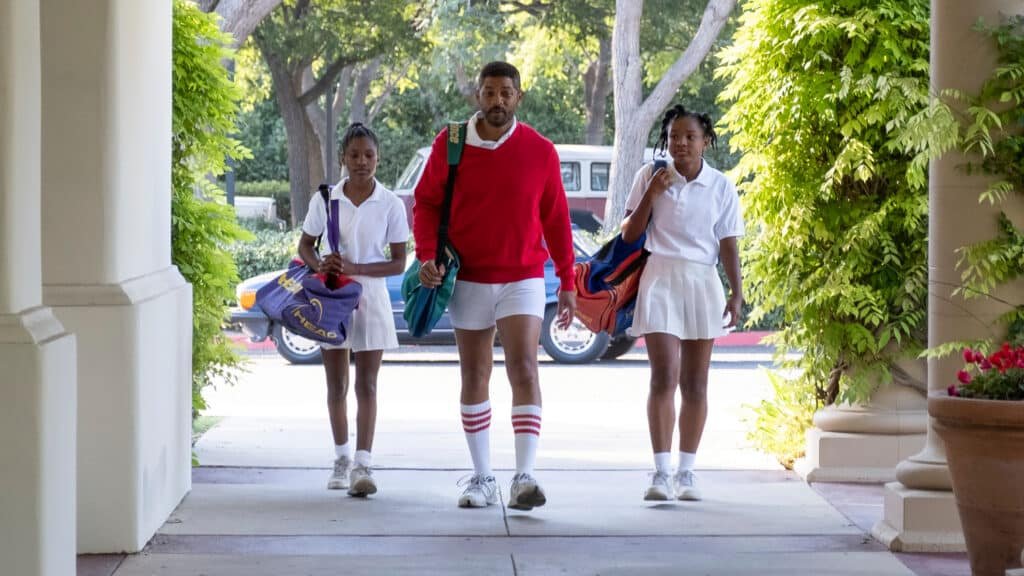 Tennis phenoms Venus and Serena Williams have gone from young idols to sports legends over the course of their careers, amassing an incredible 30 Grand Slam win between them. The sisters have also stated time and again that their father is the driving cause of their success.

Will Smith’s casting as the eponymous character sparked some early backlash from reviewers and fans alike, who accused him of colorism because he is considerably paler in tone than Richard Williams. 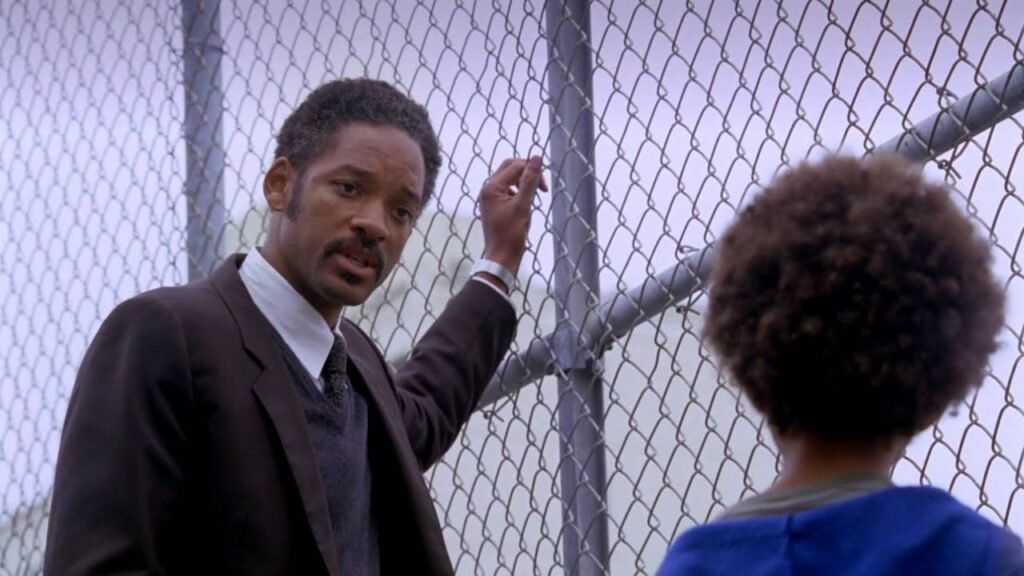 One of the most difficult roles for A-list actors to play is that of “regular” people. But Smith easily received his second Best Actor nomination for his portrayal of Chris Gardner, who became homeless in the early 1980s while raising his young son (Smith’s own son Jaden). Smith’s portrayal is unobtrusive, which is essential for a guy who has been battered by life yet retains a stubborn hope. Smith’s apparent love for his son shines through the screen, as everybody can see. 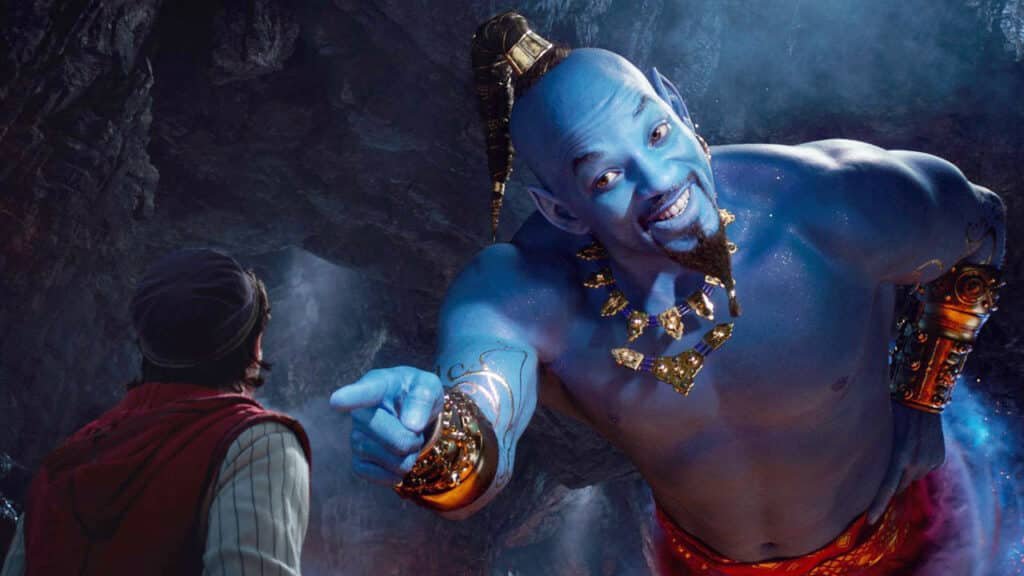 After the debut Aladdin teaser, which featured Will Smith as the Big Blue Dude, drew mixed reactions on the internet, it was understandable to be skeptical of this live-action version. Lowering expectations is definitely for the best: the new film isn’t bad, but it’s a long cry from the original. The movie never quite figured out its finale — and the original ending, from the novel but rejected by test audiences, would have been a better place to land — but Smith is extremely compelling as a guy who has lost everyone he loves and knows yet, against himself, keeps plodding onward. It’s a tough performance, and its strength comes from Smith’s refusal to take the easy way out. 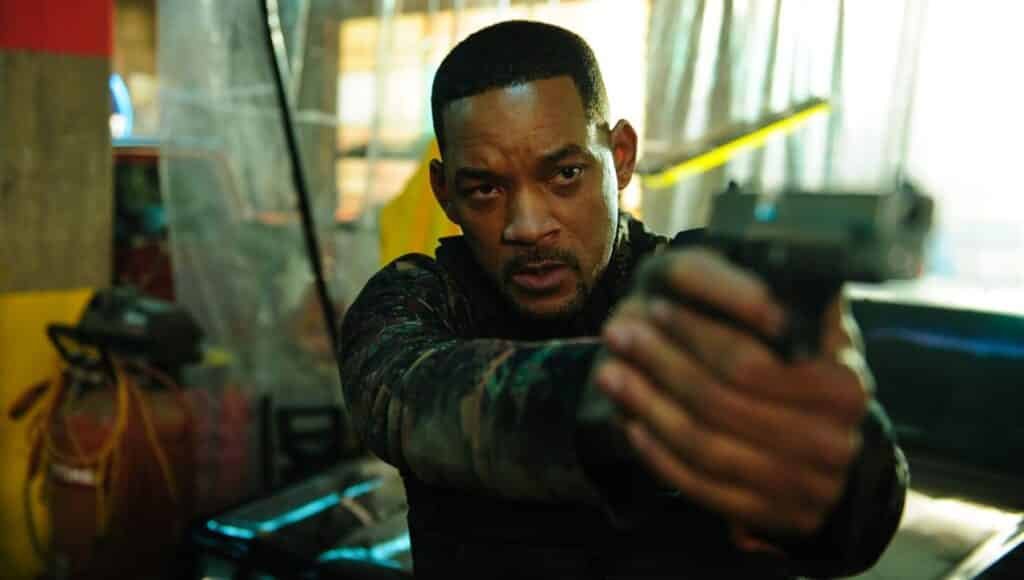 This completely superfluous sequel is just a spruced-up, duller version of either of the original two films. It’s not disrespectful, and it won’t make Smith cringe if he views it in 20 years, but it’s also not that engaging. Despite Michael Bay’s Michael Bay-ness, he manages to keep his films flowing and dynamic. 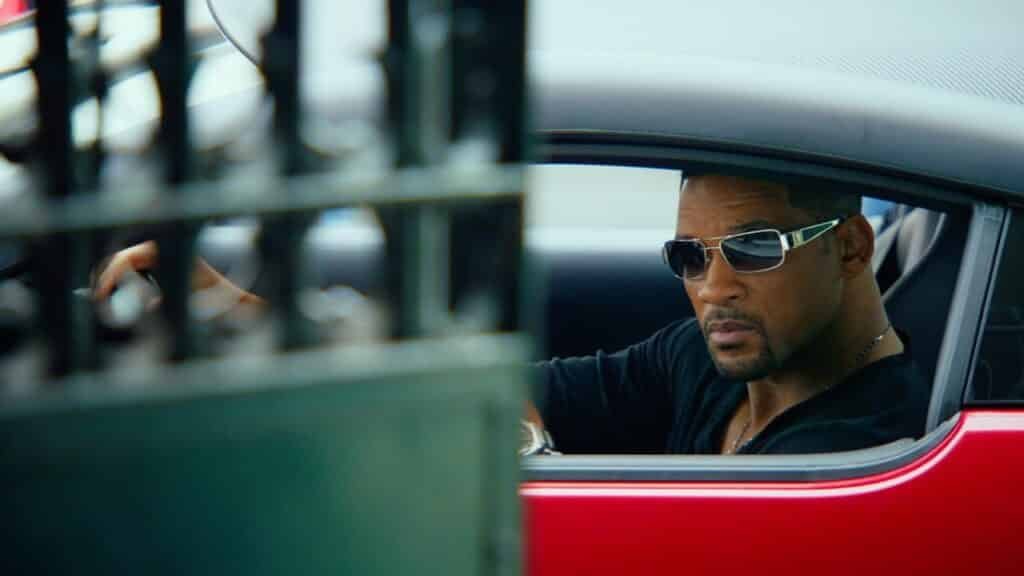 Will Smith’s performance in “Focus,” which followed “After Earth,” was a breath of new air at the time, and he delivered with his customary charm. Smith is always most entertaining when he’s portraying a version of himself, and here he’s confident, charming, and humorous, with a touch of vulnerability as a seasoned conman who falls hopelessly in love with an overachieving con rookie portrayed by Margot Robbie. This was Smith’s first film since 2008’s Hancock and Seven Pounds, and the four years away from the big screen only served to remind us how much we adored him. Men in Black 3 wipes away the unpleasant memories of the 2002 sequel, teaming Smith mostly with Josh Brolin, who previously played Tommy Lee Jones’s Agent K.

The movie’s attractions are the time-jumping storyline and Brolin’s spot-on Jones imitation, which allows Smith to ease back into movie-star mode, infusing Agent J with inexhaustible cool and still-stellar comedic timing. 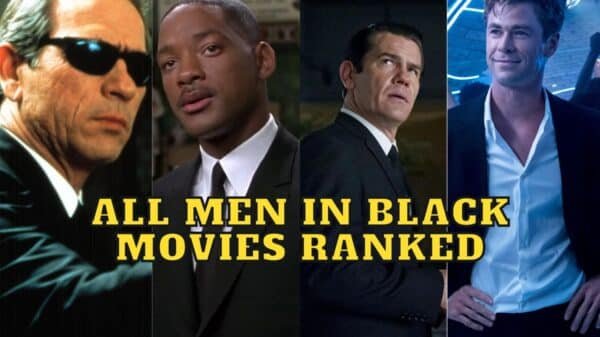 Starring Tommy Lee Jones and Will Smith, the original Men in Black movie was a pop culture sensation that enabled Smith to enter a... 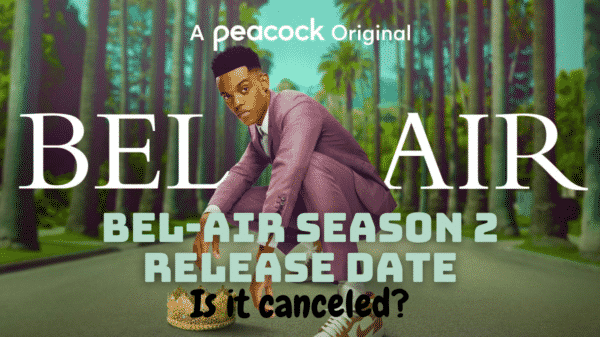 Bel-Air is a Peacock original series that is based on the sitcom The Fresh Prince of Bel-Air. The series premiered on February 13th, 2022,... 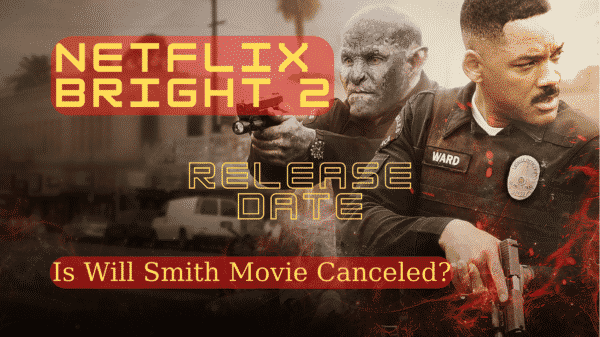 After the “slapping” incident at this year’s Oscars, some of Will Smith’s upcoming movie productions are paused, which makes us wonder if the production...