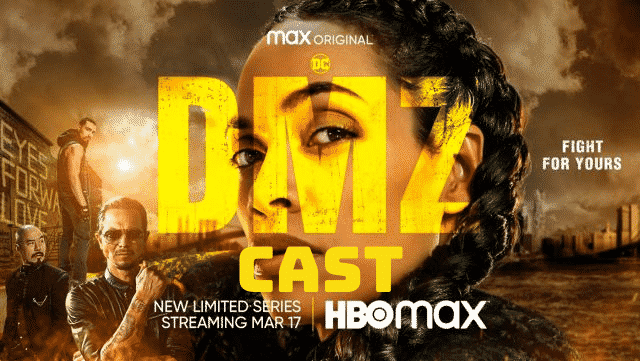 DMZ is a dystopian miniseries that has just premiered on March 17, 2022. The series has four episodes all of which are now available on HBO Max. We gathered some information for you on the HBO DMZ cast, including their ages, partners, and characters! 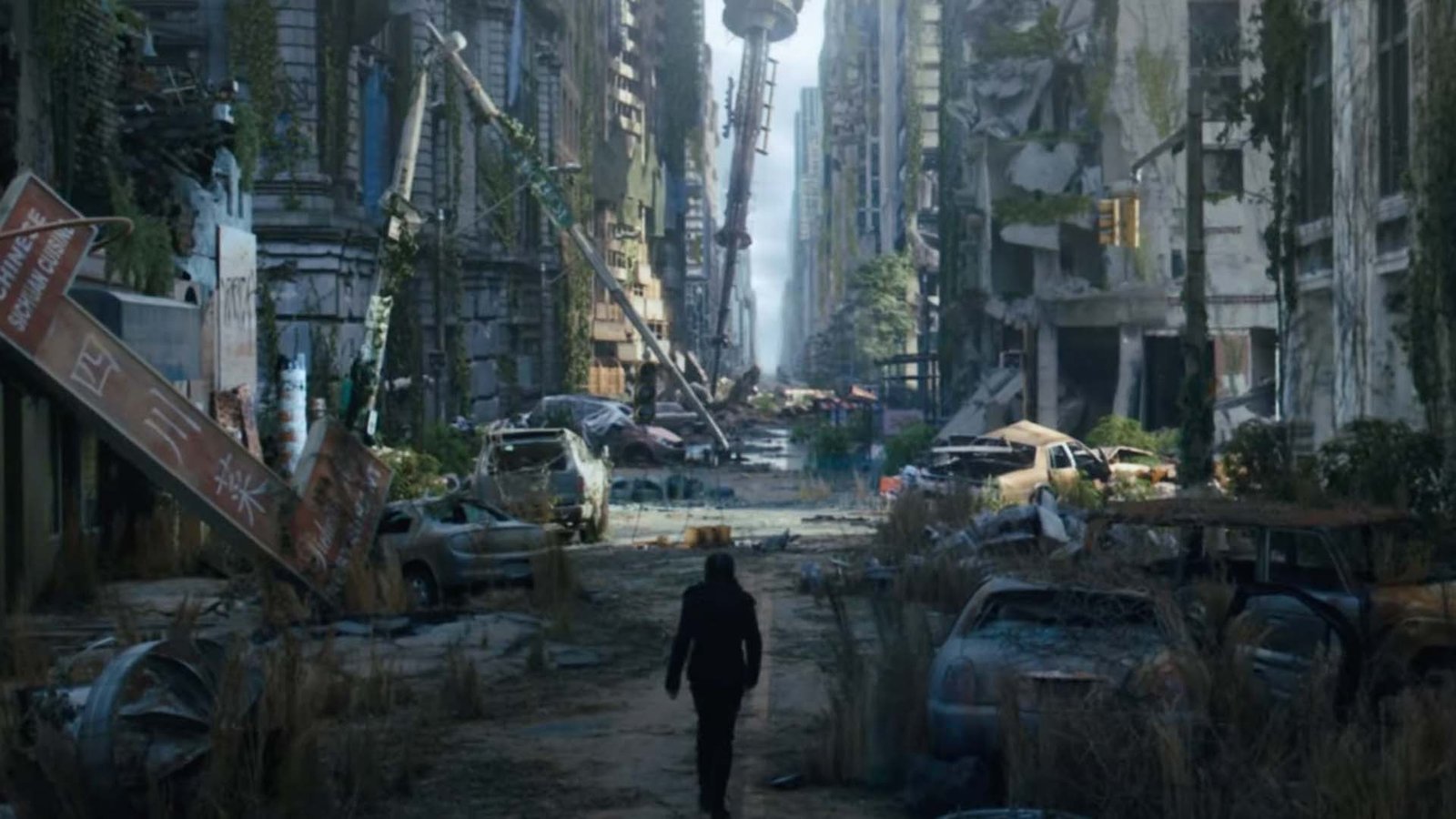 DMZ was written by American screenwriter Roberto Patino and is based on Brian Wood’s comic book series of the same name. The television series is set during the second American Civil War and follows Alma Ortega, a healthcare professional, as she seeks for her son on a demilitarized Manhattan Island (DMZ). In such an apocalyptic environment, she also becomes the one on whom people pin their hopes. Now let’s jump straight into all we know about the HBO DMZ cast!

Rosario Dawson is a 42-year-old actress and producer from the United States. She became prominent for her appearances in critically acclaimed films including Sin City, Percy Jackson & the Olympians: The Lightning Thief, and Seven Pounds, in which she co-starred with Will Smith. She acts as the main character Alma Ortega in the HBO DMZ. 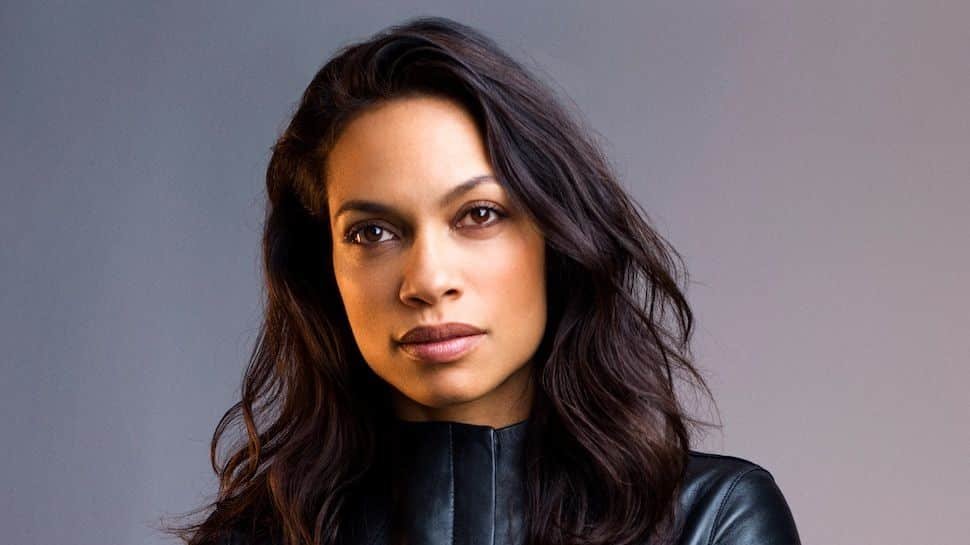 Dawson is well-known for her activism and generosity, and in 2004 she was detained for opposing George W. Bush. She is a supporter of a number of environmental and LGBT charities. She also adopted a 12-year-old daughter in 2014.

Dawson started dating Senator Cory Booker in 2019. However, the relationship ended in February 2022. Dawson has been single for some time now. 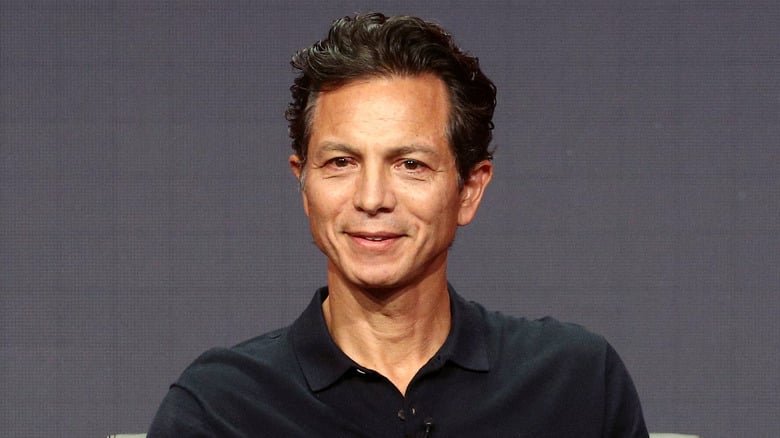 Benjamin Bratt is an American actor and producer who is 58 years old. He is particularly known for his roles in the films Miss Congeniality and Traffic from the 2000s. In the 2017 Disney animated film Coco, Bratt voiced Ernesto de la Cruz. He was nominated for and won numerous awards, including the Primetime Emmy Award and the ALMA Award. One of the most recent projects he worked on is HBO DMZ. In the television series, he played Parco Delgado.

Since 2002, Bratt has been married to Talisa Soto, a former model, and a current actress. The couple has a son and a daughter. 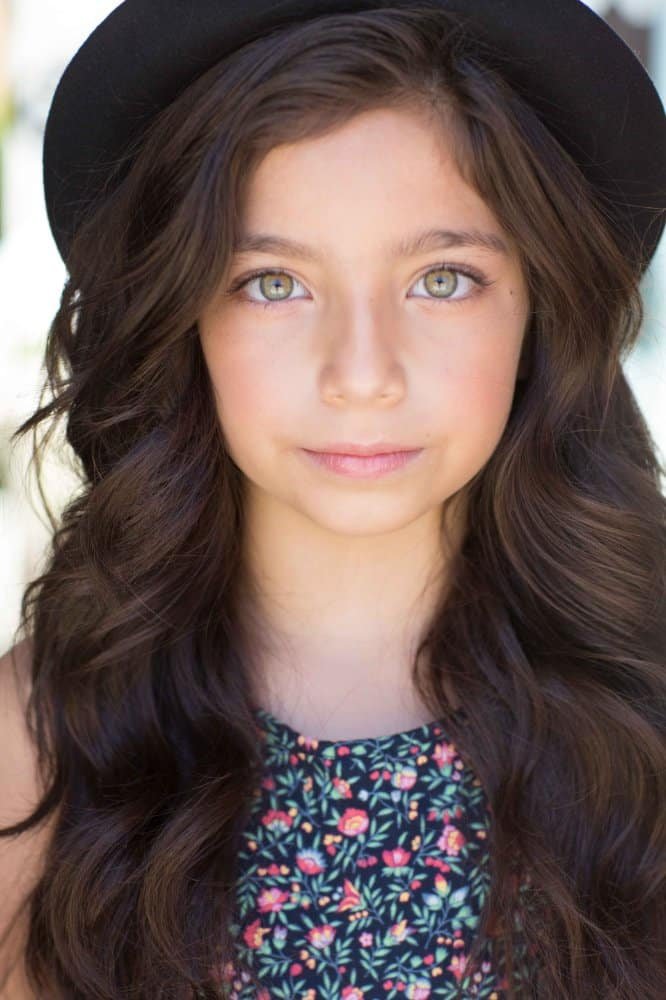 Venus Ariel, a 15-year-old teen actress, is the daughter of an Ecuadorian mother and an Argentinian father. She made her feature film debut as a child actress with the 2016 film Exposed. She was also a cast member of the television show NCIS: New Orleans. She recently appeared in HBO’s DMZ as Nico.

People believe Ariel is still too young to have a partner because she is just 15 years old. She is currently single, as far as we know. 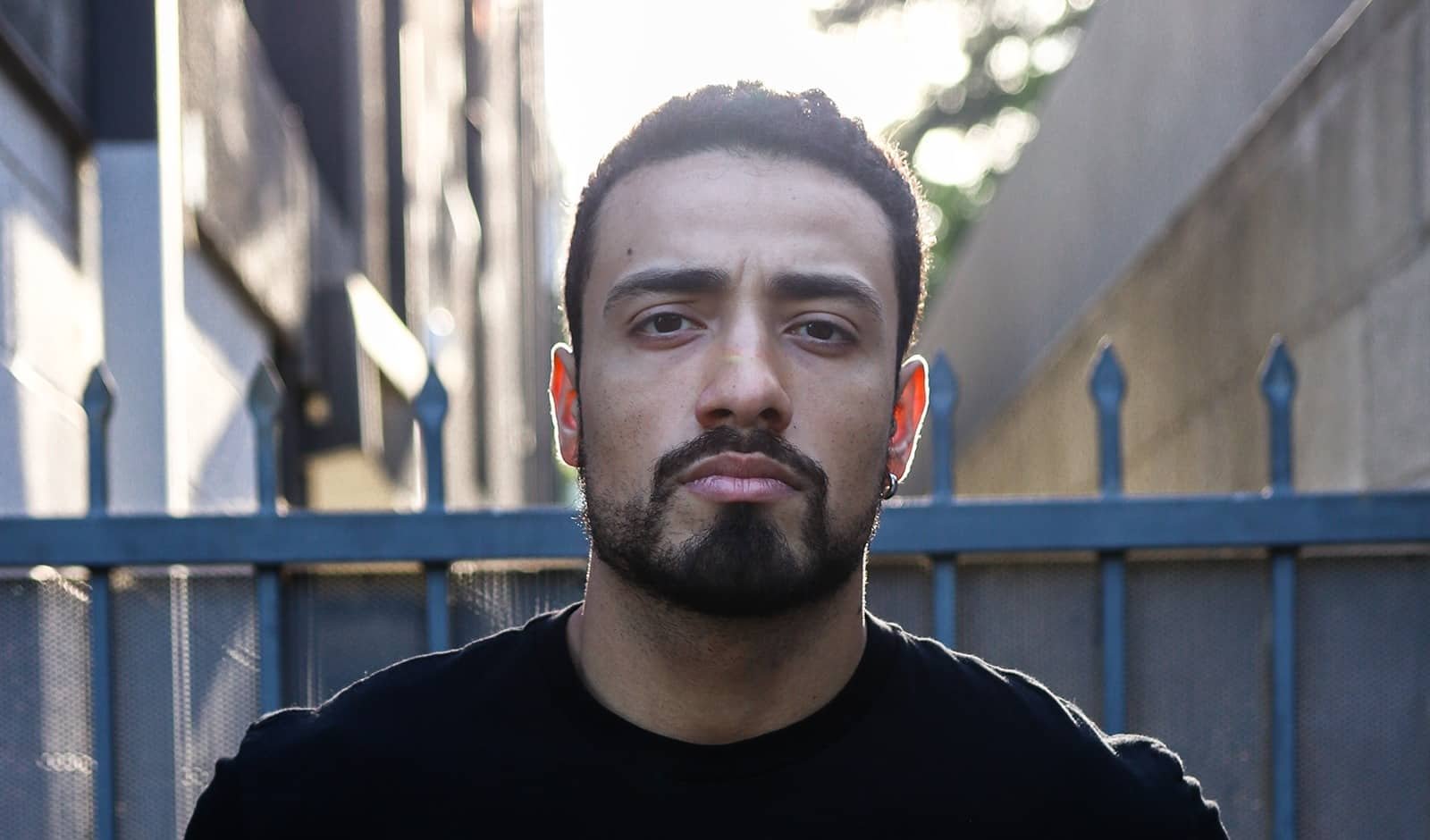 Freddy Miyares is a 28-year-old actor, model, and Instagram personality. He comes of Latin American descent. He rose to prominence with his performance as Raymond Santana Jr in the Netflix crime drama series When They See Us. Miyares also starred in the Showtime series The L Word: Generation Q. He is involved in the HBO DMZ cast as Skel.

We don’t know whether Miyares is in a relationship or not because of his low-key lifestyle. We assume, however, that he is now single. However, we assume that he is single now. 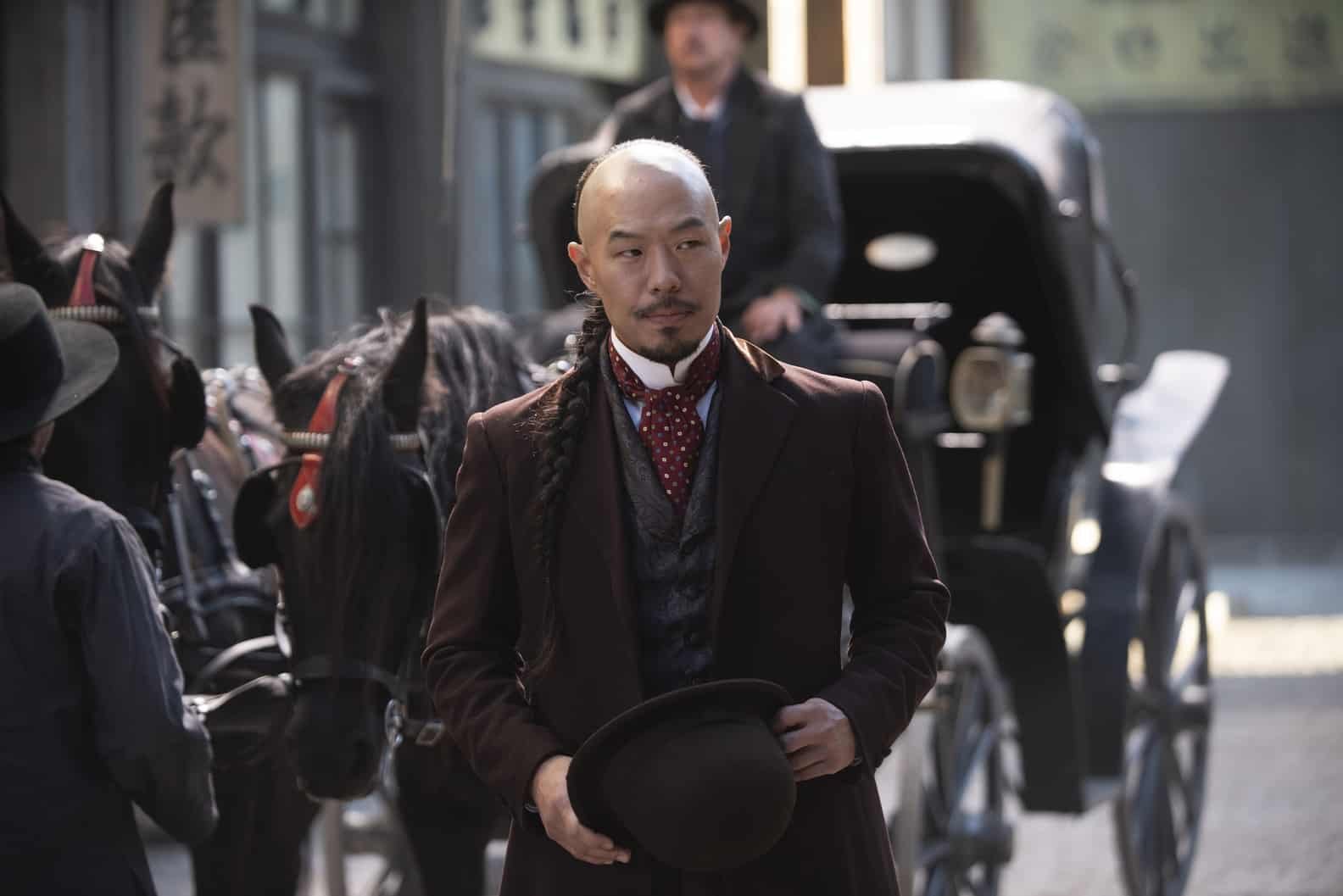 Hoon Lee is a 48-year-old American actor. He made his television debut with a Sex and The City episode with his role as Dr. Mao. His most famous part was in the American action television series Banshee. Lee also voiced Splinter in the Nickelodeon Teenage Mutant Ninja Turtles and Shredder in Rise of the Teenage Mutant Ninja Turtles animated series. He is involved in the HBO DMZ cast as Wilson.

Hoon Lee is married to a 53-year-old actress Sekiya Billman since 2008.

Also read: Are Ty and Amy a Couple in Real Life? – Upcoming Season