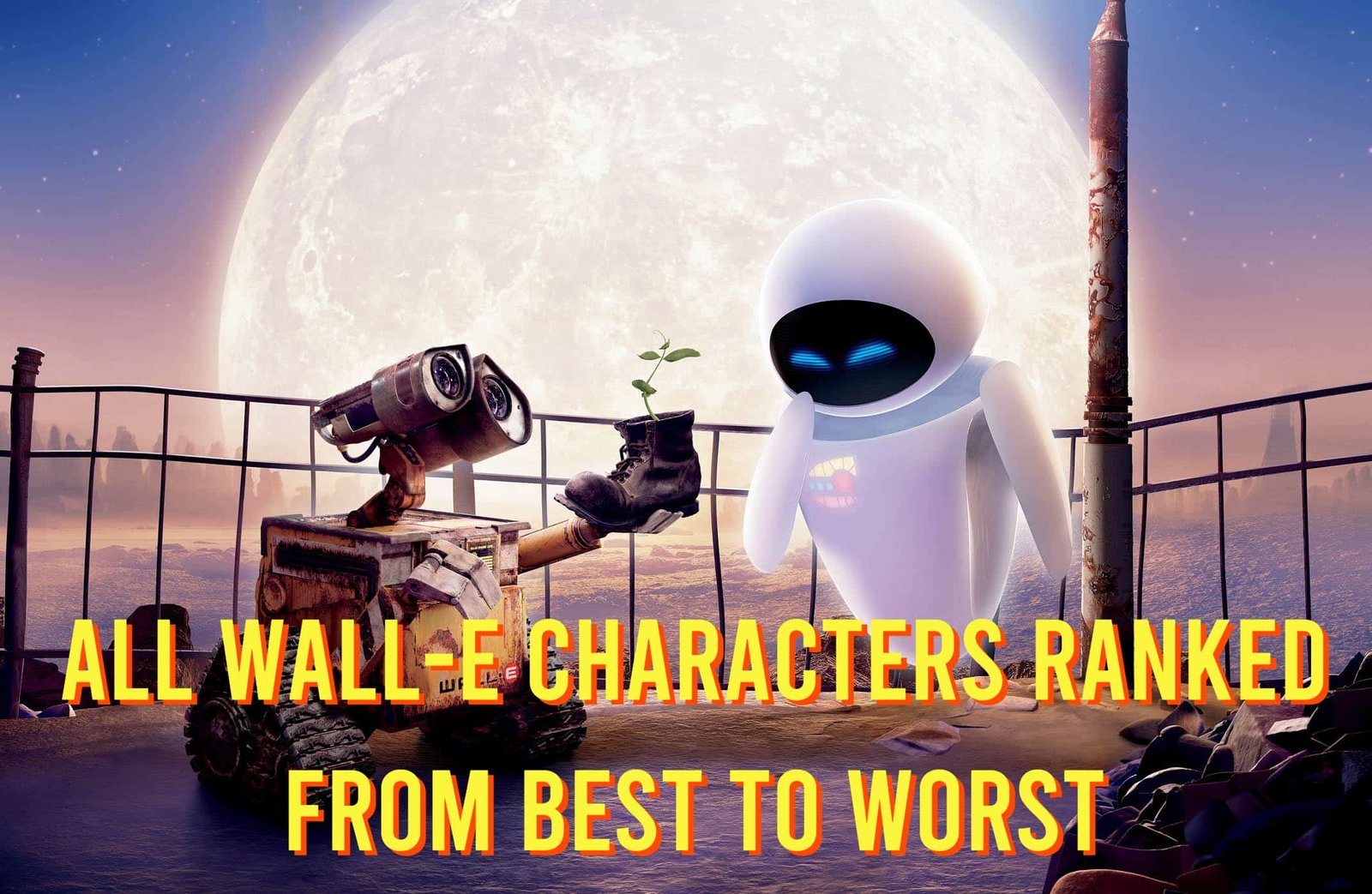 All WallE Characters Ranked From Best to Worst

We would like to take a closer look at the characters of the Wall-E movie we watched with pleasure.

In this article, we’ll take a closer look at Wall-E’s characters and rank them from best to worst.

If you have not watched it before and are still in this article, we would like to talk a little bit about the movie.

American computer-animated science fiction film WALL-E was released by Walt Disney Pictures in 2008 and was made by Pixar Animation Studios. Jim Morris produced it, while Jim Reardon and Andrew Stanton both contributed to the writing and directing. Along with Sigourney Weaver and Fred Willard, it features the voices of Ben Burtt, Elissa Knight, Jeff Garlin, John Ratzenberger, and Kathy Najimy. WALL-E, the studio’s eighth overall feature picture, centers on a lone robot left to pick up trash on an abandoned, uninhabitable Earth in the year 2805. However, the spacecraft Axiom sends a probe to him called EVE, which he falls in love with and follows across the galaxy.

Our character, Eve, who we rank at the top of the list as the best.

EVE plays the deuteragonist in the 2008 Disney/Pixar animated film WALL-E, which stands for Extraterrestrial Vegetation Evaluator.

EVE is aggressive and committed to her mission when initially shown in the film, although she is prepared to deviate from her mandate and learn new things. When she first meets WALL-E, she is apprehensive of him and wants him to stay out of trouble in her domain, but she grows fond of him after learning about his inquisitive attitude. When she realizes how obsessed he is with her, she becomes closer to him and makes it her primary mission to protect him. 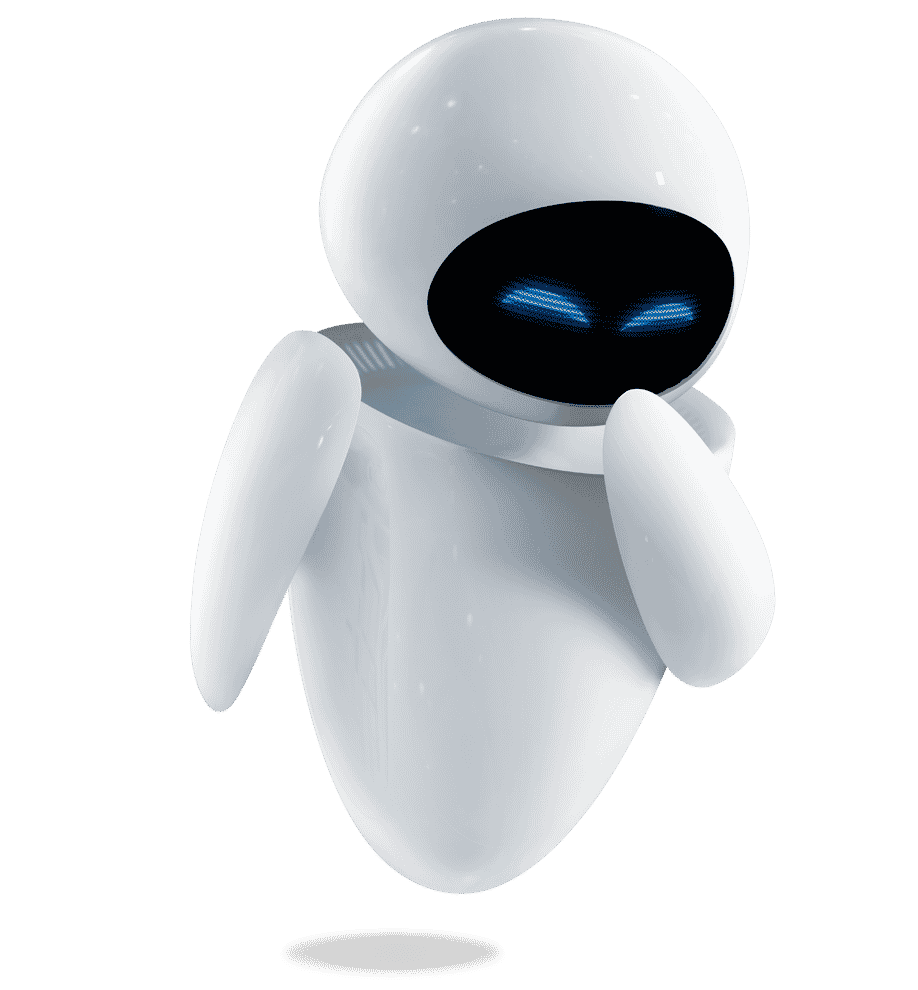 In the second place on our list is Wall E, who plays the lead role in the movie, takes place.

Due to his 700-year isolation, WALL•E has acquired a “glitch” that gives him consciousness and personality. He has developed a keen curiosity and collects anything intriguing. WALL•E can become sidetracked even if he still obeys his instructions and collects the trash rather than condense it. His favorite item, “Hello, Dolly!” teaches him how to hold hands, which he believes is the proper way to express his love for someone. 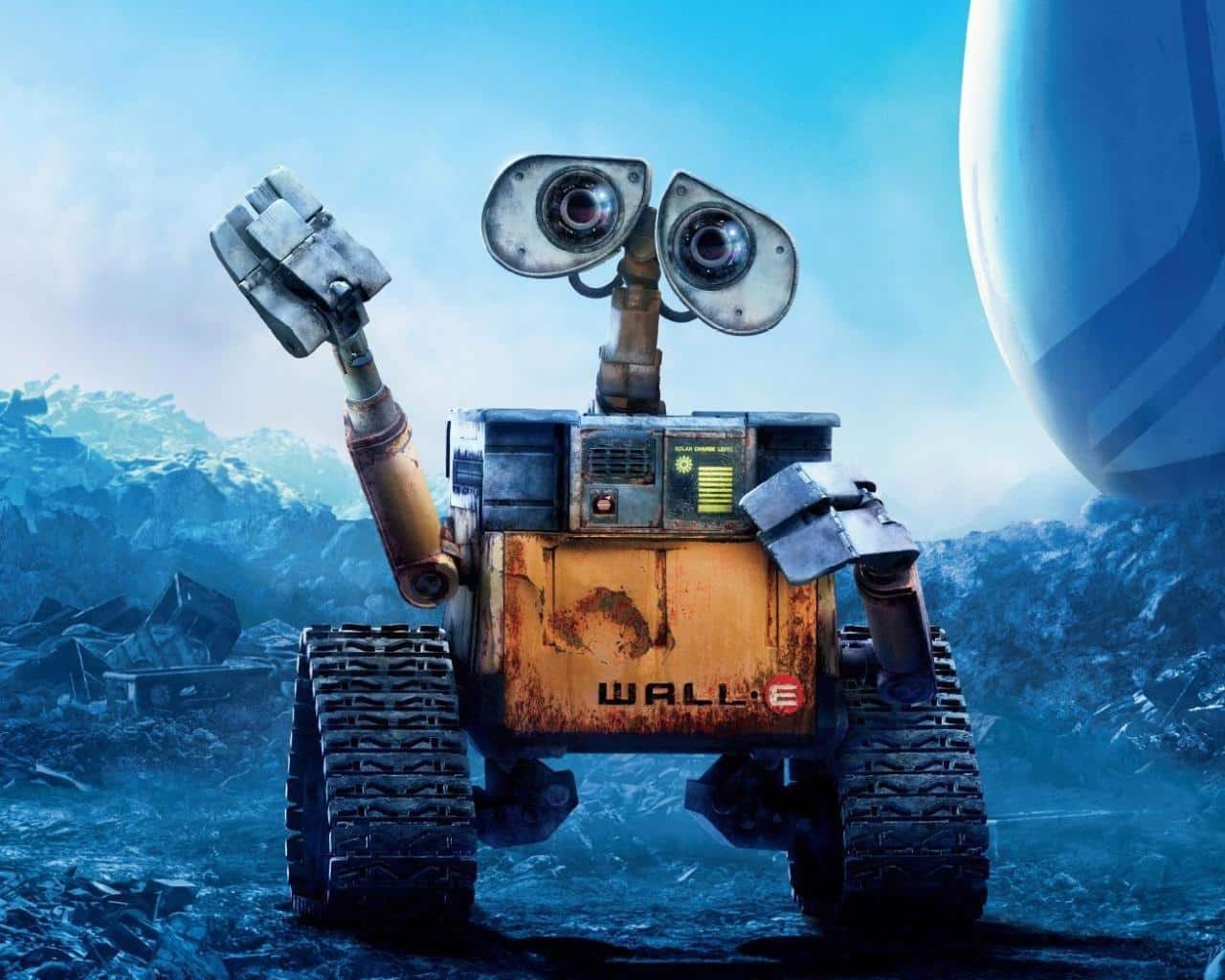 Captain B, one of the most loved characters, is in third place on our list.

In WALL•E, Captain B. McCrea plays a significant role. He was a human guy of unknown age who served as the Axiom’s captain from 2775 until 2805. (30 years). Like the rest of humanity, he seemed to be fat, had decreased muscular mass, and was virtually always confined to a hoverchair as a result of his body’s adaptation to prolonged living in low gravity and excessive inactivity. 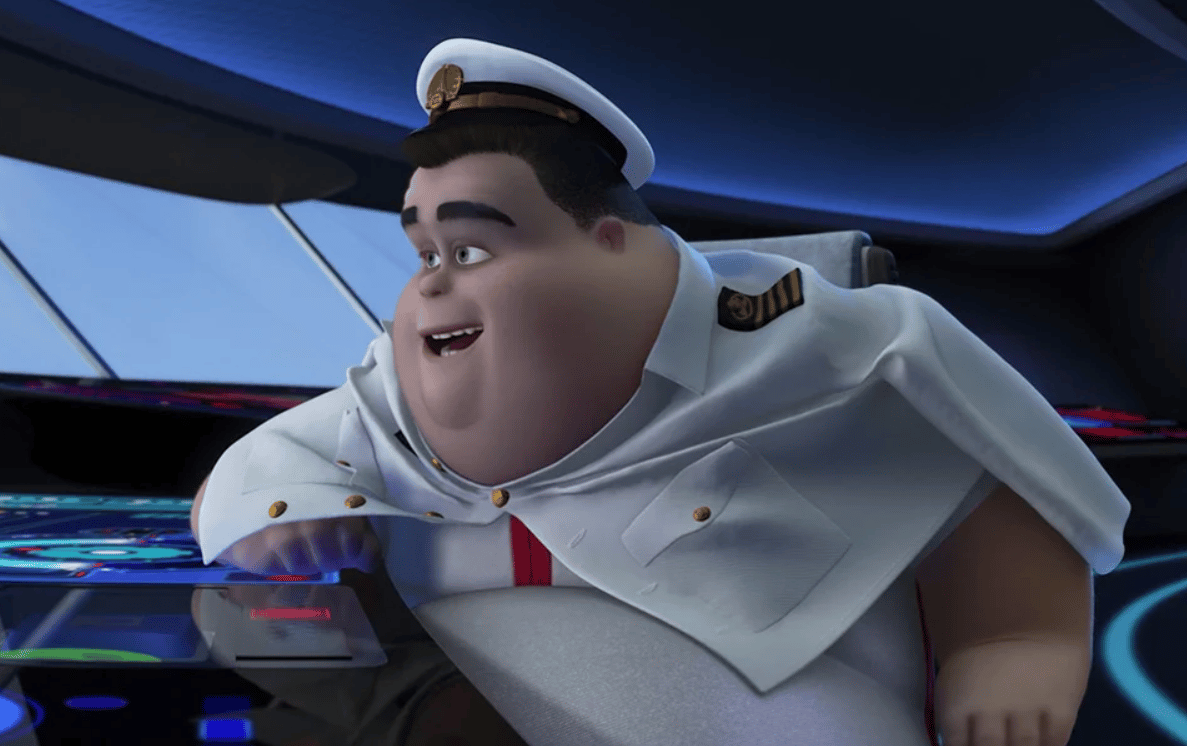 Captain B. McCrea – All Wall-E Characters

LL-E is AUTO, short for Autopilot.

The character of AUTO has many traits with HAL 9000 from 2001: A Space Odyssey. He follows the instructions given to him by the Chairman of Axiom Corporation via the A113 Protocol and exhibits no emotion as a machine would. As a result of his predetermined orders, he may also be rather ruthless in the frantic pursuit of their fulfillment, even if it involves coercing the human crew into doing so. 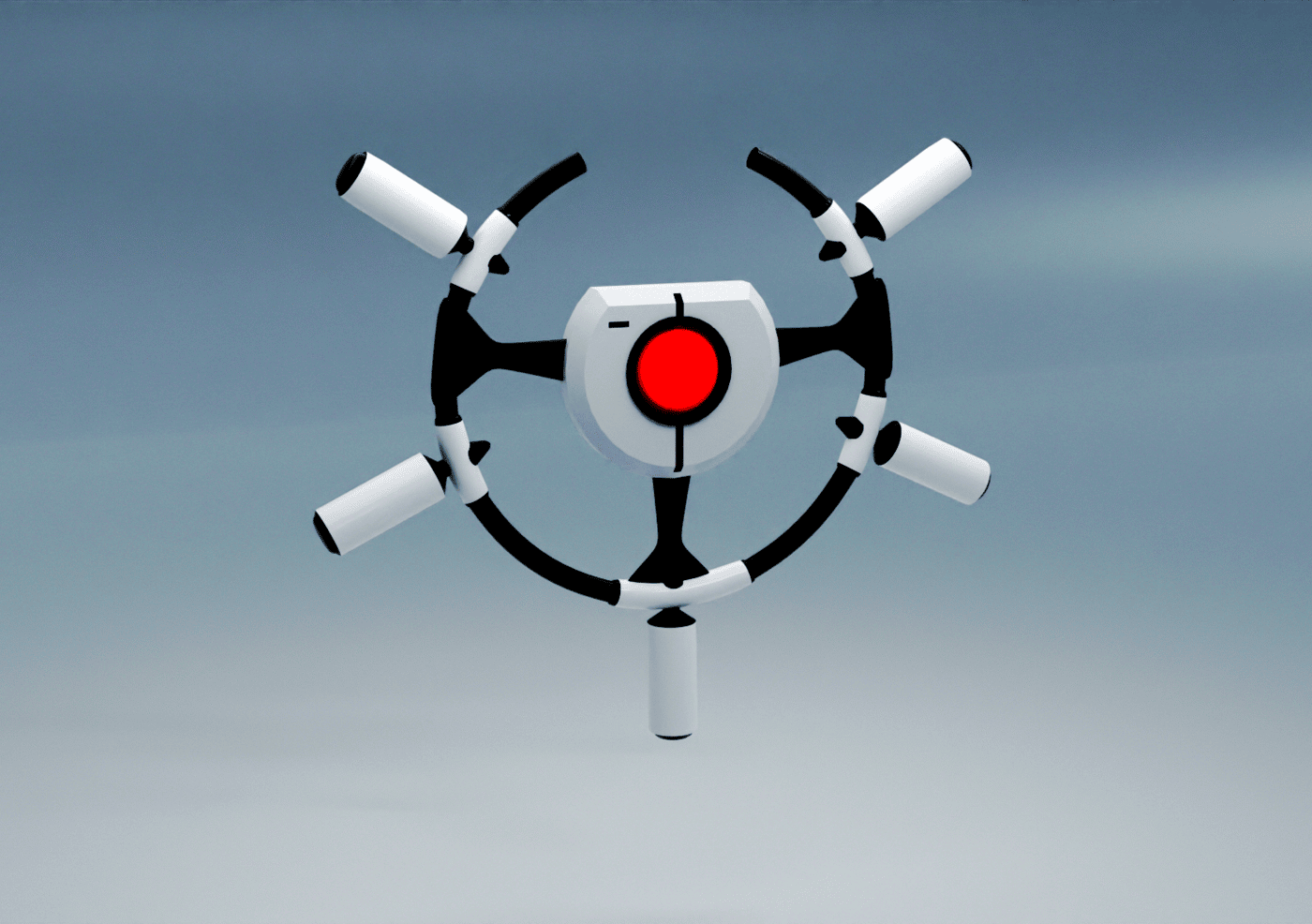 Early in the 22nd century, Shelby Forthright served as the CEO of the megacorporation Buy n Large. Under his direction, his firm expanded its efforts to make life easier, cozier, and more enjoyable for everyone, and the business rose to the top of the globe. But while consumerism aided the firm, its technological breakthroughs led to an increase in the world’s waste problems. Forthright devised a plan to leave Earth in 2105 since it was overrun with rubbish.

At the end of our list is the Burn-E character, which we all know closely.

When WALL-E and EVE fly around the Axiom starliner and re-enter the ship through a door, trapping him outside, BURN-E (whose name stands for “Basic Utility Repair Nano Engineer”), a robot welder, may be seen momentarily. Then, when BURN-E is shown beating on the door with his fists, he realizes that he is locked out.

BURN-E is the name of a parallel spin-off movie short with the same name. The principal animator for the feature film, Angus MacLane, who also provided BURN-voice, E’s directed this fast during the same production as the film. The brief has subsequently been broadcast on TV and is included as a bonus feature on WALL-E’s DVD and Blu-ray editions. J.A.C. Redford, who orchestrated WALL-E, also created and directed the music for BURN-E. 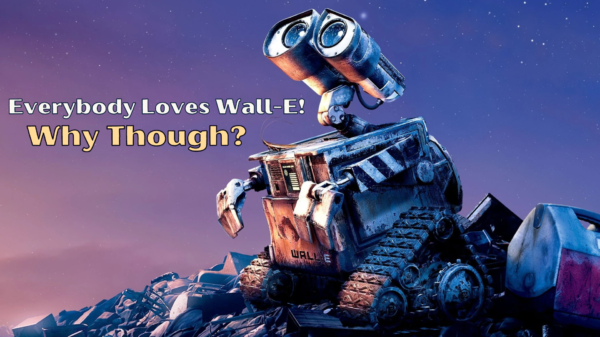 Everybody Loves Wall-E! – Why Though?

Wall-E is an amazing animated movie produced by the collaboration of Disney and Pixar studios. When Wall-E was released in 2008, it was made... 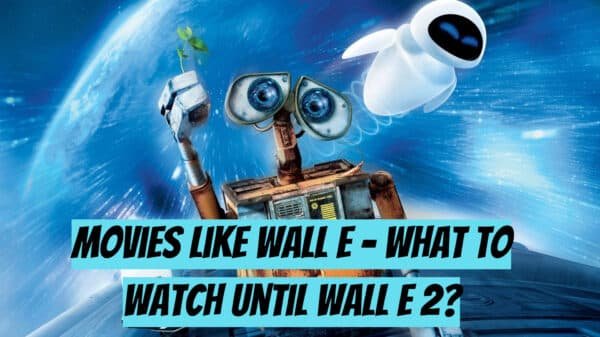 Movies Like Wall E – What to Watch Until Wall E 2?

For Wall E fans, we offer a special treat! We wanted to share with you several films that are comparable to Wall E in...