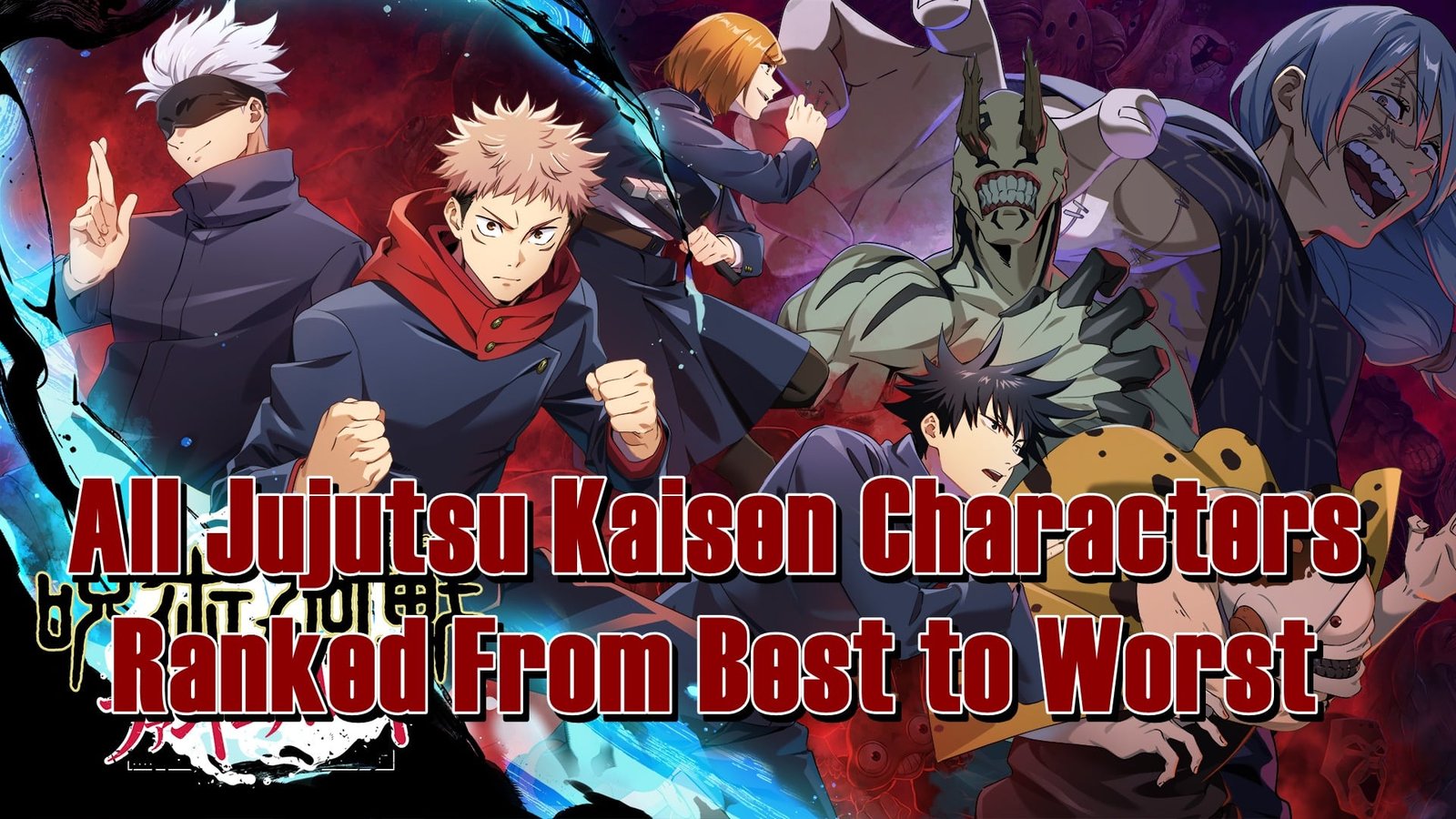 All Jujutsu Kaisen Characters Ranked From Best to Worst

Jujutsu Kaisen has succeeded in establishing a broad ensemble of characters, each with their own qualities and personalities, and when it comes to vivid character designs, no other anime can surpass Jujutsu. The surprising yet charming designs that manage to attract everyone’s attention are what makes the anime so remarkable, so we had to rank Jujutsu Kaisen characters. Gojo Satoru is the first one on our list of Jujutsu Kaisen characters ranked. He is a character that has gotten a lot of affection and attention in the anime world, and despite being the most powerful sorcerer and sensei of the core trio, he frequently comes across as immature and mischievous, making him a fan-favorite. Many characters, as well as fans, have expressed their displeasure with his demeanor, but he is the most liked character in the series.

It can be argued that everyone has a “love-hate” connection with Gojo, after all, when it comes down to it, Gojo is incredibly dependable in assisting his pupils in times of trouble. 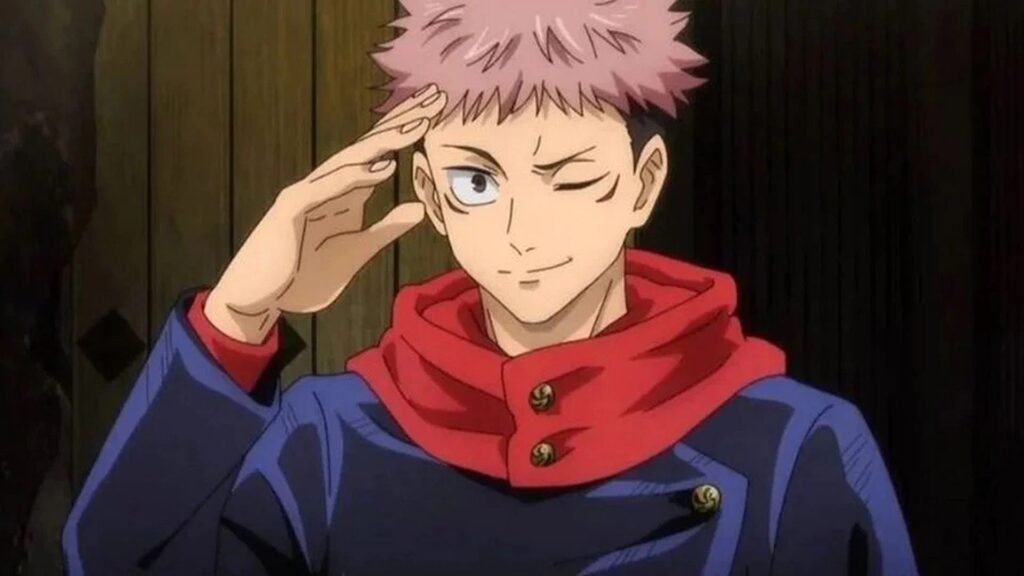 Itadori is a pleasant protagonist who feels that taking human life is ethically wrong and seeks to avoid human slaughter, so it was only natural for him the get the 2nd place on our list of Jujutsu Kaisen characters ranked. Although he appears to be funny and is even responsible for some of the series’ funniest scenes, he can get terribly enraged by malice and cruelty.

One of Itadori’s endearing characteristics is his readiness to sacrifice himself for others, and the finest example would be when he bet on his own fate by devouring Sukuna’s finger: by doing so, he saved Megumi, whom he had just barely met. Megumi Fushiguro is the fan-favorite character, with spiky black hair, long eyelashes framing stunning blue eyes and a laid-back demeanor: that being said, Megumi is more than just a gorgeous face or pretty eyes. He is the deuteragonist and should not be underestimated in terms of force and talent, so he is definitely among the best Jujutsu Kaisen characters.

Despite being only a first-year at Jujutsu Tech, Megumi has sought to release the highly skilled domain expansion method, demonstrating that he is a very powerful individual. Maki Zenin, unlike the rest of the characters, has extremely low cursed energy, which has been heavily condemned by the Zenin clan: Maki, on the other hand, seems unaffected by her clan’s harsh accusations and exudes confidence, making her one of the best Jujutsu Kaisen characters. She is one of the series’ bravest characters, and her exceptional physical strength always astounds the watchers. Nobara is one of the series’ most beloved characters, and it’s simple to understand why: she’s a joyful, determined, and oftentimes silly sorceress, making her one of the best Jujutsu Kaisen characters. Aoi Todo praises her strength and talents as a first-year student, claiming she should be promoted to a higher level, and she has been hailed by the fandom for her ability to adapt to the mood and energy of those around her.

She is a female sorcerer who defies gender preconceptions by being proud of her femininity and strength. Yuta is a sorcerer who lacks confidence in himself due to a background of bullying and being solitary, so he did not quite rank high on our list of all Jujutsu Kaisen characters ranked, and many people were duped by his ruse and were left wondering where his loyalty lay. Fans grew to admire and adore Yuuta once it was revealed that he was a sorcerer with a charming and modest grin who cared about his companions, but still, he is not exactly a fan favorite. 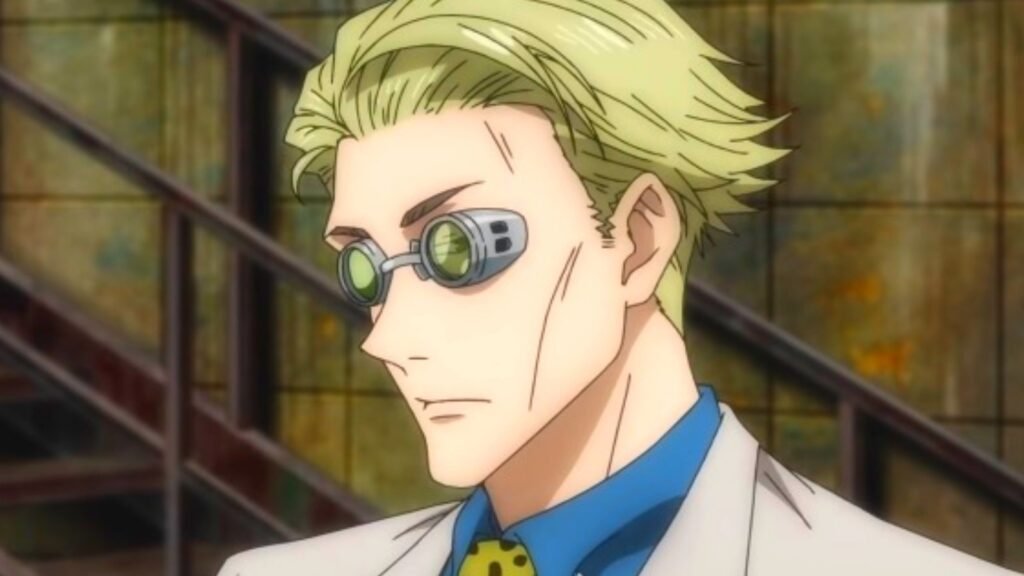 Kento Nanami is an outstanding and respected figure who refuses to be bound by the soul-sucking capitalist world and is adored by the whole fanbase, but it was not enough for him to get a higher place. Nanami preserves his professionalism and maturity in his employment as a sorcerer, and he despises working overtime, refusing to participate in fights with cursed spirits beyond working hours, just to annoy some watchers and characters in the show. He is the complete opposite of his colleague Gojo, so he could not get a high ranking.