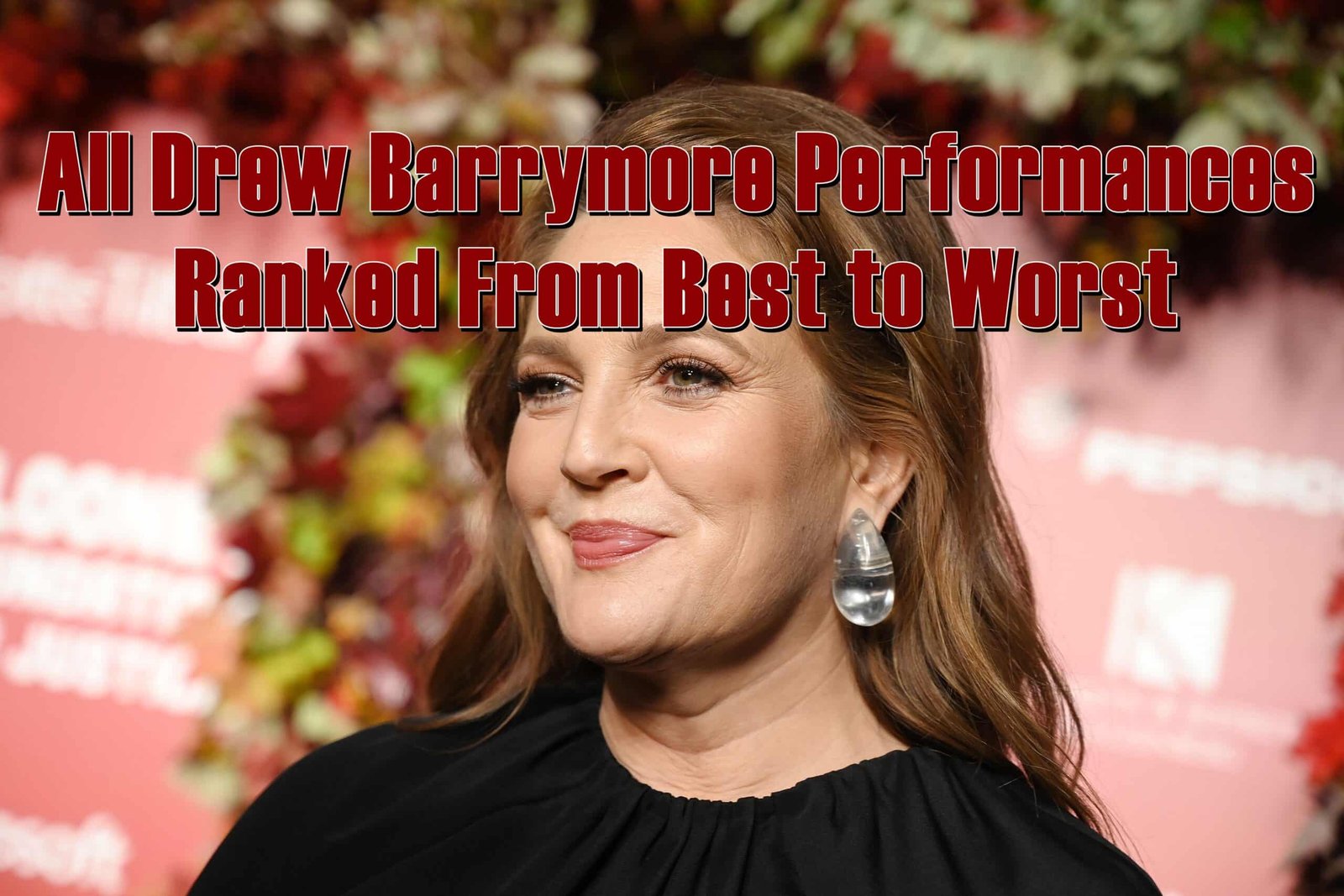 All Drew Barrymore Performances Ranked From Best to Worst

Drew Barrymore, an American actress, director, and producer, has spent most of her life in the public eye as an actress, and now we will rank all of Drew Barrymore performances. She started performing when she was five years old and now ranks among the wealthiest actresses in the world with a whopping $125 million in net worth.

It is hardly unexpected that she enjoyed several box-office successes as one of Hollywood’s most likable actors, and Drew Barrymore’s highest-grossing movie was actually created when she was just 6 years old, and since then, her success in the film business has soared. Here are some of the best Drew Barrymore performances. Charlie’s Angels was released by Columbia Pictures and it is the movie that McG directed brought in $125,305,545 domestically and $259,736,090 internationally at the box office, and it is the best Drew Barrymore performance ever. The trio of top private detectives shown in the film drive high-performance cars and have access to the newest technology, these operatives have also received extensive training in martial arts skills, which will be useful should they encounter dangers and challenges. 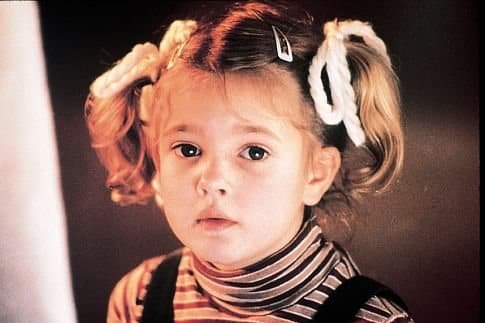 E.T. the Extra-Terrestrial was a 1982 movie, and the domestic box office for the Steven Spielberg-directed film was $435,110,554 while the international box office was $792,962,972. The film is about a kind extraterrestrial that got lost on Earth and was subsequently found and befriended by a little child playing the part of Elliott.

The little actress’s improvisational abilities and her use of imagination when she told Steven Spielberg a made-up narrative about how she was a vocalist in a punk rock band led him to cast her as the youngest kid, making this one of the best Drew Barrymore performances. At the early age of 7, Barrymore was tasked with playing the comedic relief in the science fiction movie, and she more than succeeded: Barrymore, who played the nosy little sister that every youngster dreads, created movie history, particularly in the iconic screaming scene. 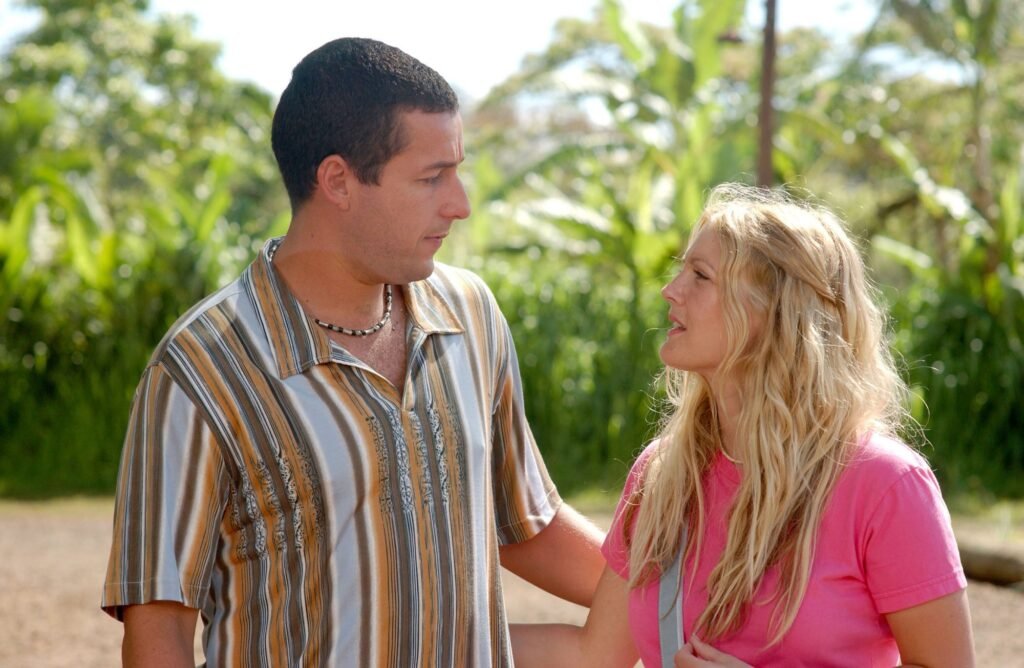 The movie 50 First Dates was released by Columbia Pictures, and the Peter Segal-directed film brought in $120,776,832 in domestic ticket sales, making it one of the best Drew Barrymore performances. The story centers on Adam Sandler’s playboy vet Henry, who has romantic aspirations for Drew Barrymore’s Lucy, and due to her short-term memory loss, Lucy is unable to recall anything from the day before. 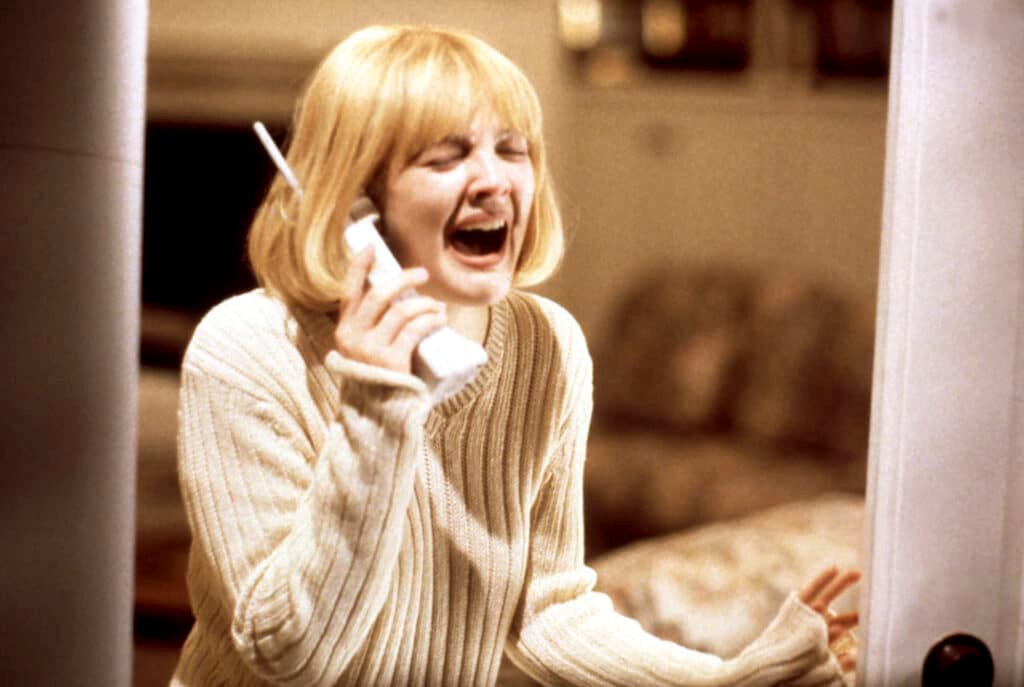 Scream had to be on this list of best Drew Barrymore performances. Dimensions Film distributed the Scream movie, which debuted in 1996 and the Wes Craven-directed film brought in $103,046,663 in domestic ticket sales and $173,046,663 internationally. The reimagined and revived slasher-horror genre that Wes Craven pioneered is the subject of the film, and the movie succeeds in being both intelligent and frightening. 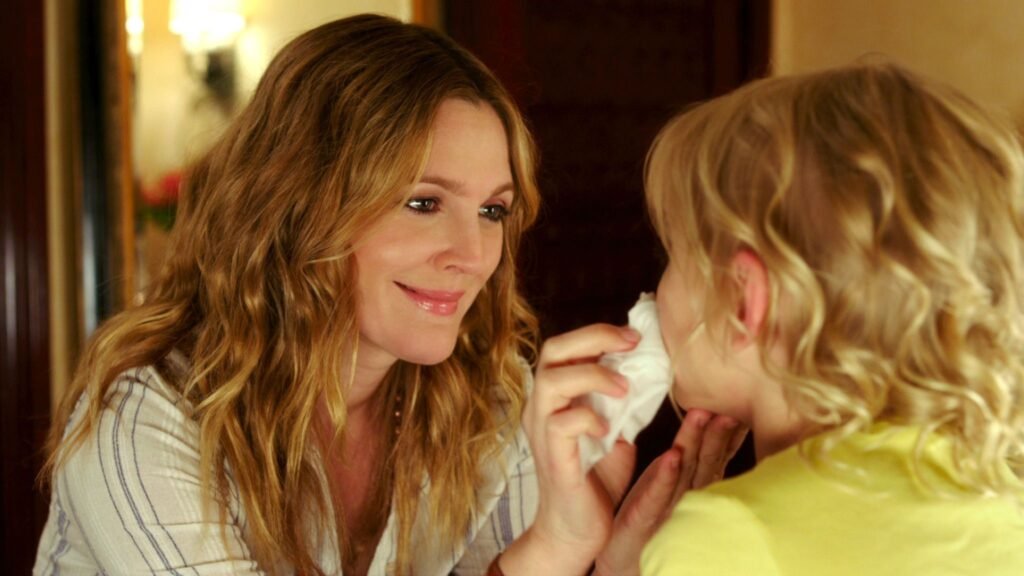 Warner Bros Pictures distributed the movie Blended. Frank Coraci’s film, which he also directed, brought in $46,290,741 domestically and made it one of the best Drew Barrymore performances. The recently divorced mom Lauren played by Drew Barrymore and the widowed dad Jim in the romantic comedy were persuaded to go on a blind date. 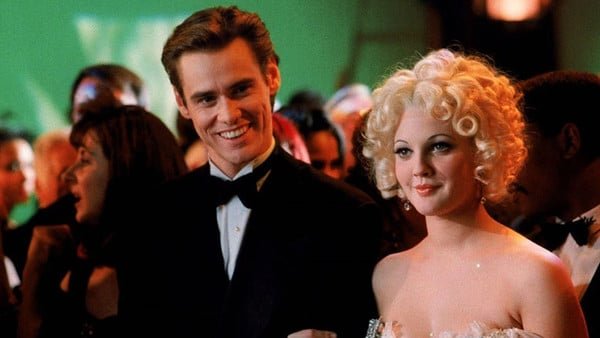 Warner Bros Pictures released the movie Batman Forever, and the domestic box office for the Joel Schumacher-directed film was $184,031,112, while the international box office was $336,529,144, making it one of the best Drew Barrymore performances. Batman, played by Val Kilmer, and the villains Two-Face, represented by Tommy Lee Jones, and the Riddler, portrayed by Jim Carrey. They are psychotic and horrifically disfigured in the film. 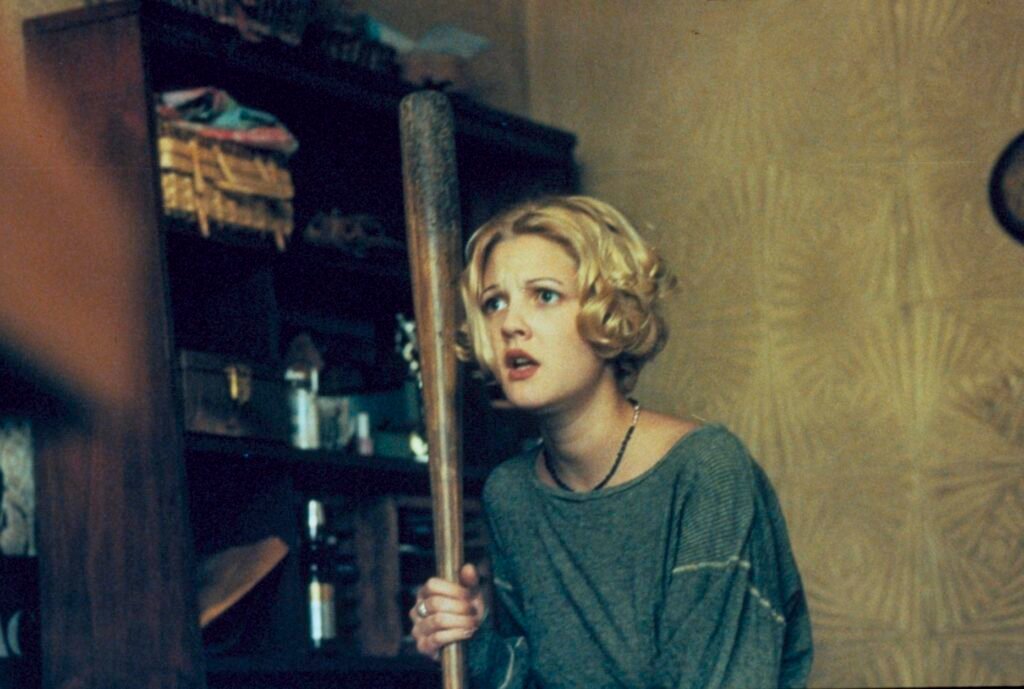 Boys on the Side

In this film about three women driving across the nation to escape different aspects of their unhappy lives, Barrymore is just fantastic as she portrays a young lady who is pregnant and trying to escape an abusive partner. Barrymore, who is the most innocent and naive of the three ladies, shines in her comedic scenes, especially one on a bus where she accidentally makes hilarious expressions at the other women. 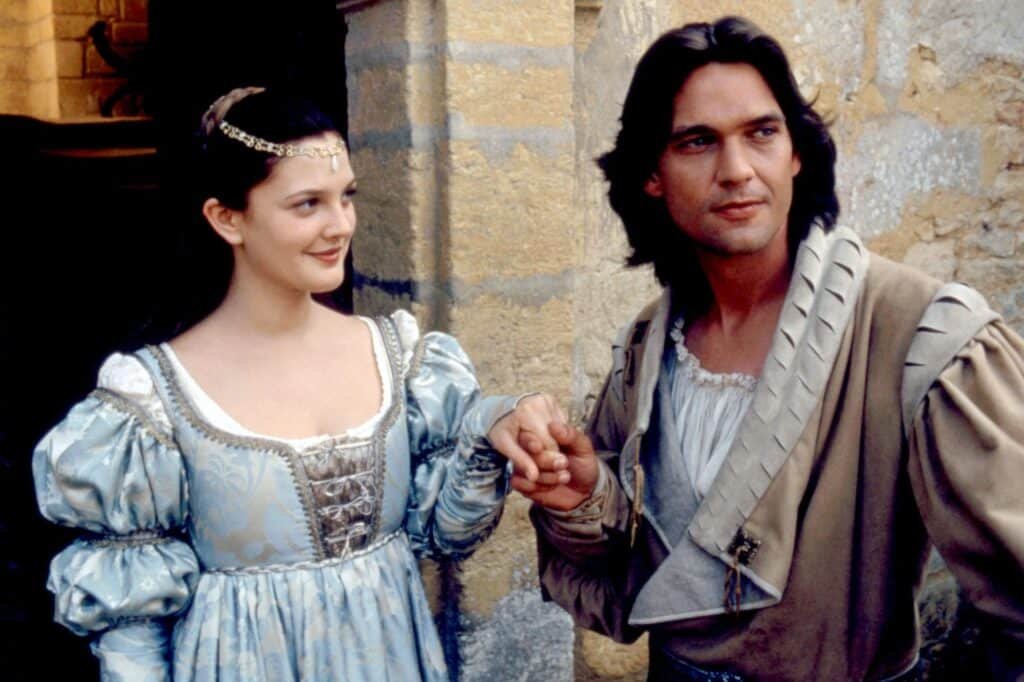 Barrymore received a lot of appreciation for her historical fiction rendition of the Cinderella narrative as the movie has gotten amazing reviews from various websites. Barrymore was able to finally leave aside her bedraggled appearance and emerge as a fresh young beauty in this performance as the little cinder girl. This Drew Barrymore performance gives poignancy and passion to the character, according to Roger Ebert.

9. Confession of a Dangerous Mind 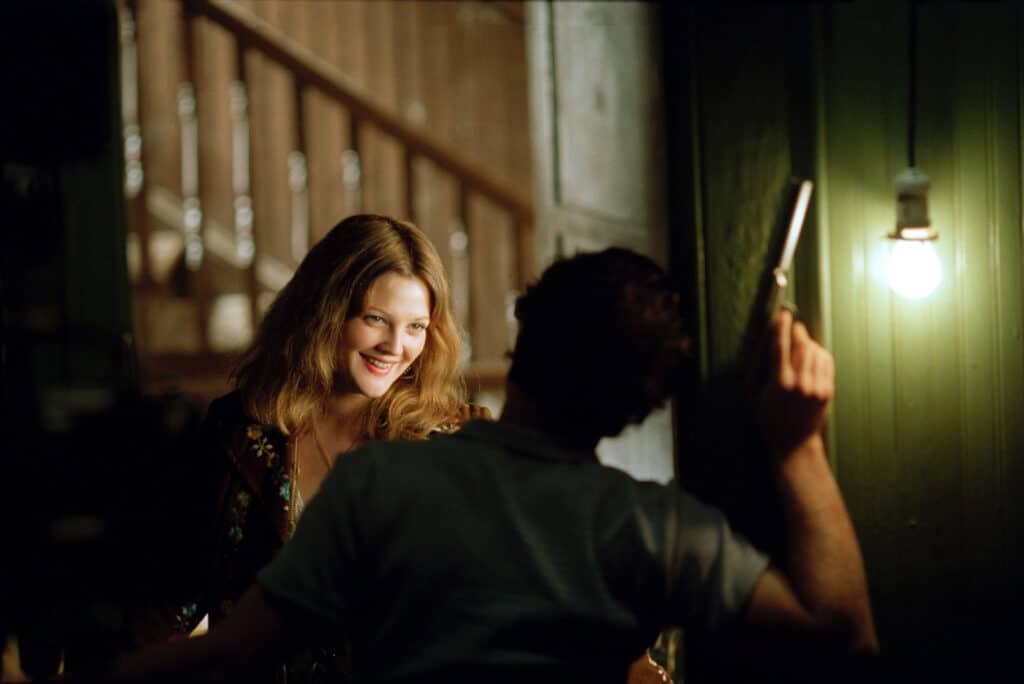 Confession of a Dangerous Mind

Barrymore portrays Chuck Barris’ real love in “The Gong Show,” and she does a good job as the loving partner and eventual wife of the insane character. Rockwell and Barrymore’s chemistry is undeniable. The entire subplot around whether or not Barris was a CIA assassin is up for debate.

Also Read: 5 Of The Best Dual Timeline Movies Of All Time!