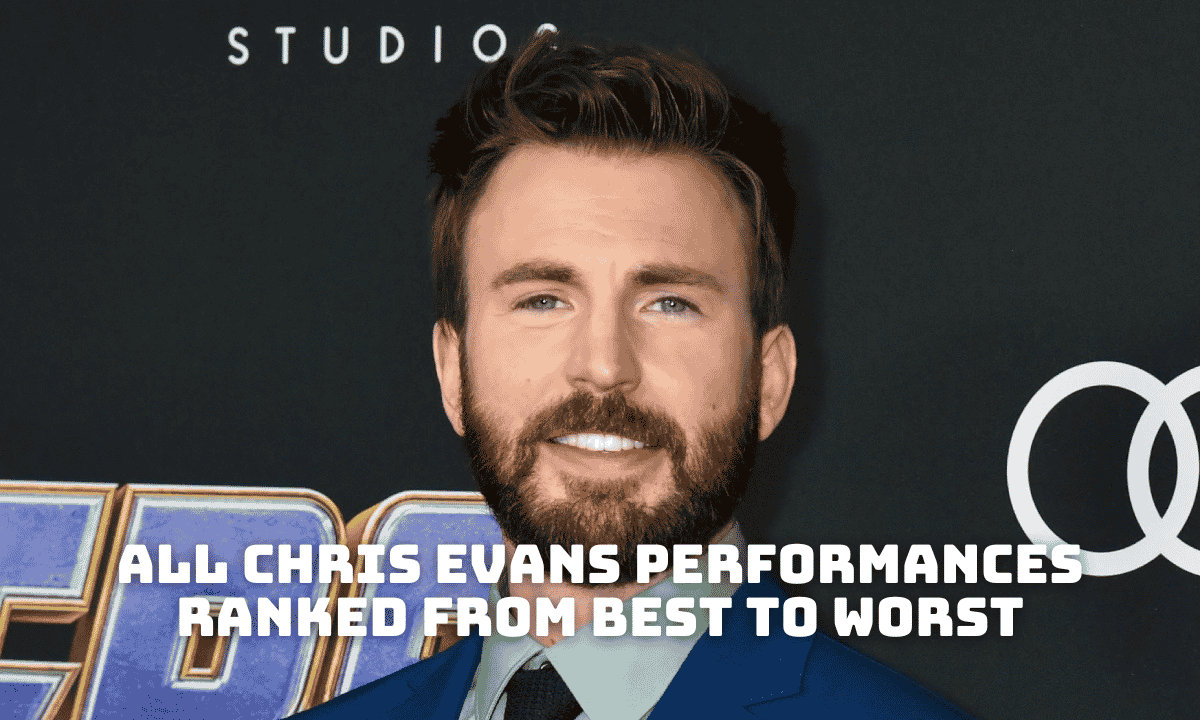 We are impatiently waiting to see talented actor Chris Evans in the upcoming action thriller The Gray Man, because we can’t get enough of Chris Evans performances. The movie will be released on Netflix on July 22, 2022, and Ryan Gosling will hit the screen as one of the main characters alongside Evans. So, here are all of Chris Evans performances that you can watch until Evans’ new movie lands on the streaming platform. Let’s dive in! 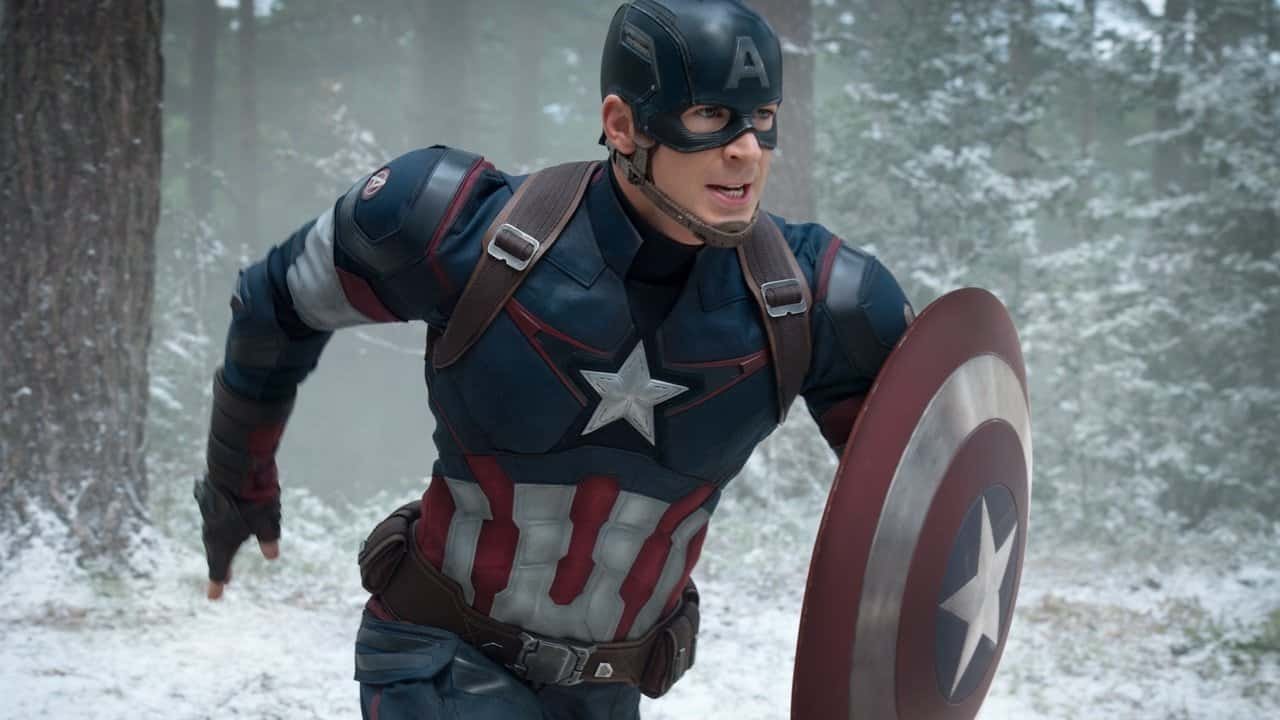 Chris Evans performance as Steve Rogers/Captain America in the Captain America trilogy ranks #1 on our list. The actor received a number of awards and nominations for his outstanding performance in the film series, including Critics’ Choice and People’s Choice Awards. Although Evans didn’t want to accept the role at first, he agreed to take part in the trilogy after Robert Downey Jr. encouraged him. The actor also reprised his role in The Avengers. 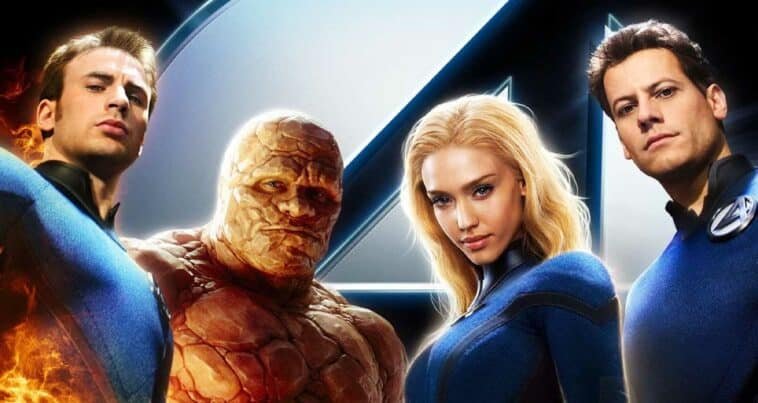 Chris Evans has appeared in many films of the Marvel Cinematic Universe. And like the Captain America trilogy, Fantastic Four is one of them. In his first comic book role, the actor played a founding member of the group, Human Torch, in the 2005 film Fantastic Four and its sequel Fantastic Four: Rise of the Silver Surfer. Although the Fantastic Four movies received mixed reviews, they were undoubtedly a commercial success. Knives Out is a 2019 film that follows a master detective who investigates the death of the patriarch of a wealthy, dysfunctional family. The film features an ensemble cast that includes Chris Evans, Daniel Craig, Toni Collette, Don Johnson and many others. The film was well received by critics and received numerous awards, including Golden Globe nominations. A sequel is planned for late 2022, but Chris Evans isn’t included in the film’s announced cast. 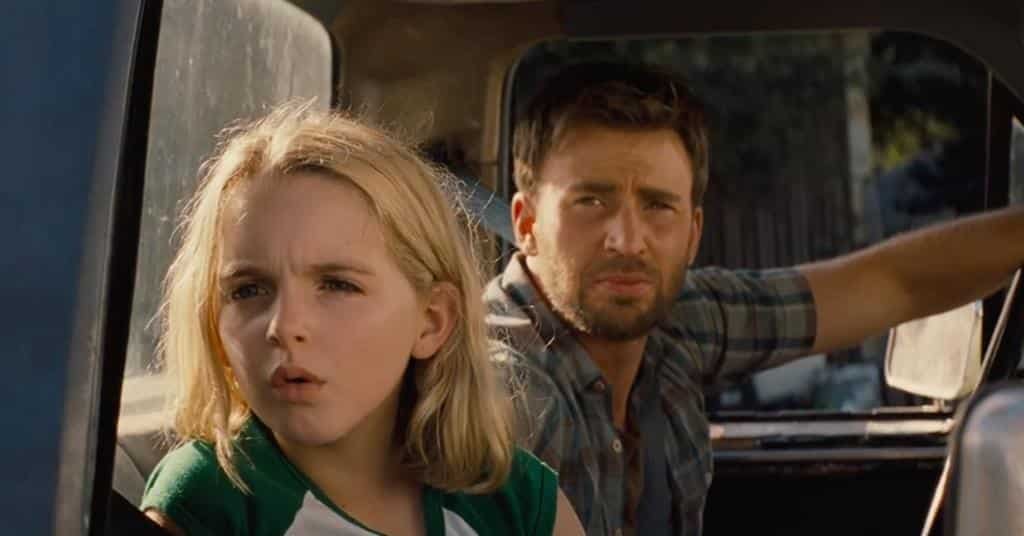 The actor’s performance in the film Gifted (2017) is probably the warmest among the other Chris Evans performances. He plays the uncle of an intellectually gifted seven-year-old who becomes the subject of a custody battle between her maternal uncle and maternal grandmother. Evans was nominated for Teen Choice Awards for his performance in the film. We have no doubt that Gifted will warm your heart and bring a few tears to your cheek! 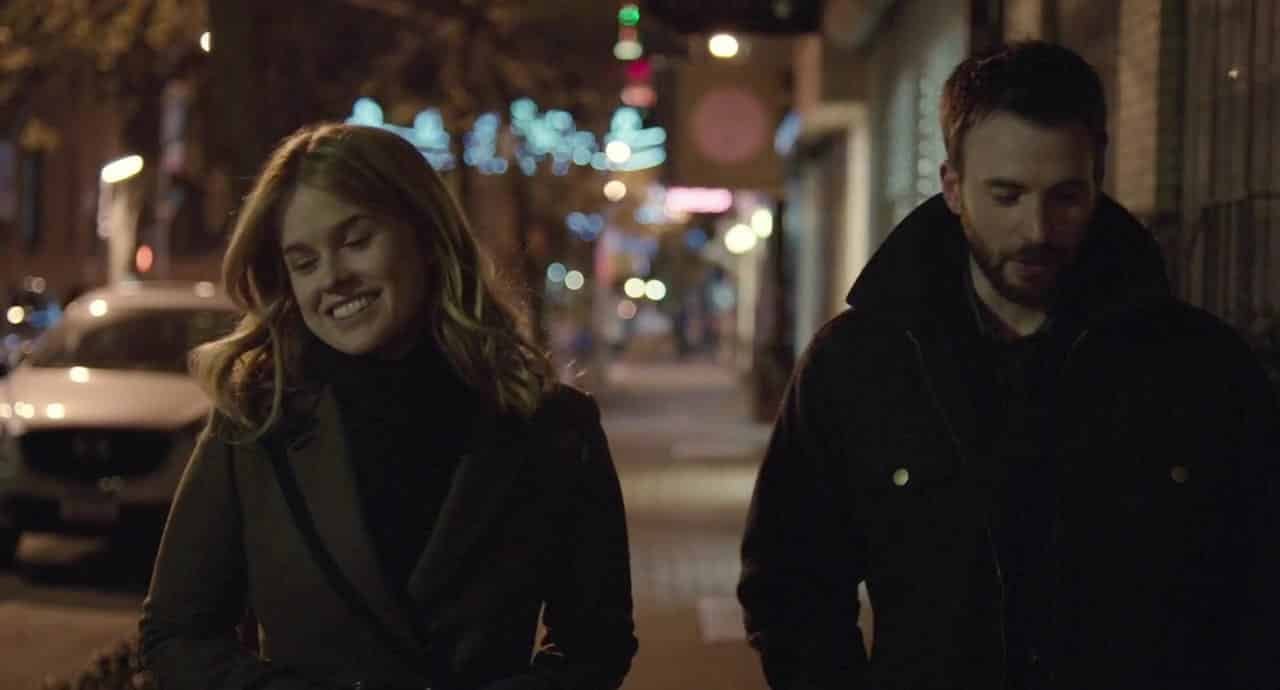 Before We Go is one of the best Chris Evans performances and also his directorial debut. The romantic drama, which premiered in 2014, is about two strangers (Evans and Alice Eve) who are stuck in Manhattan for a night and become each other’s closest confidants when an evening of unexpected adventures forces them to face their fears and take control of their lives. If you want to see Evans’ directorial achievement, you should check this film out. 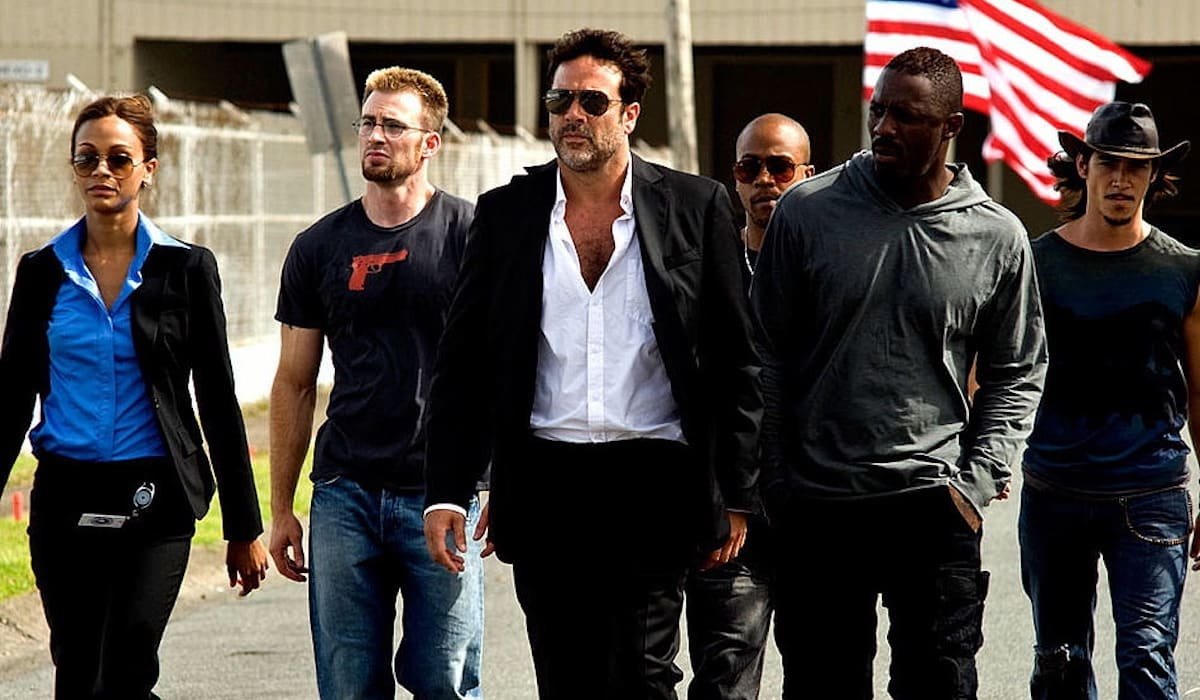 The Losers is a 2010 film and the adaptation of the Vertigo comic series of the same name by Andy Diggle and Jock. The film’s ensemble cast includes Chris Evans, Zoe Saldana, Idris Elba and Jeffrey Dean Morgan. The film is about a CIA Special Forces team that’s betrayed and abandoned by their superiors to launch an offensive at CIA. Evans plays Captain Jake Jensen, the team’s intelligence specialist and computer hacker. Evans said of his role that Captain Jake is a comical character in the film and was fun to play. 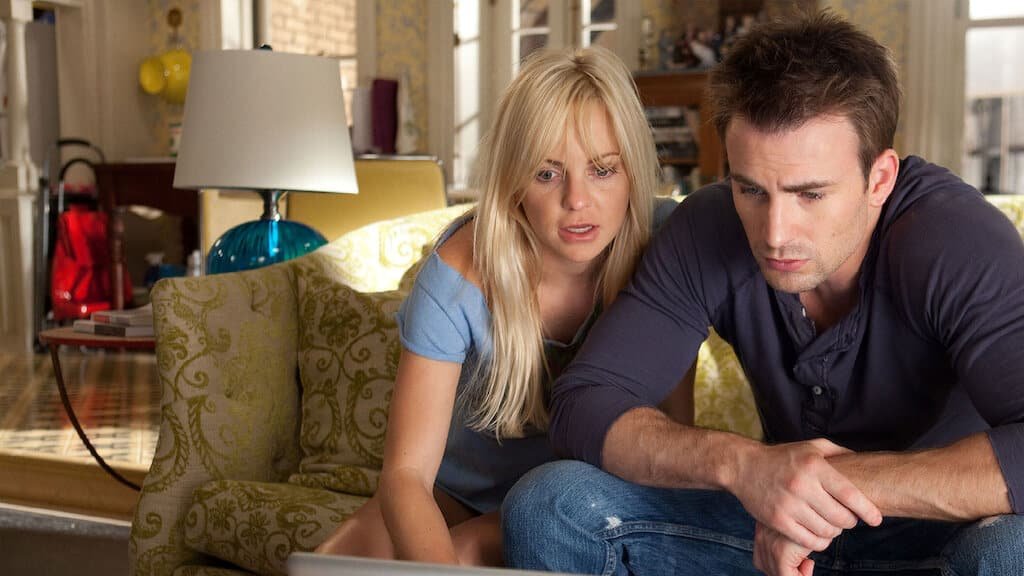 Based on the book 20 Times a Lady by Karyn Bosnak, What’s Your Number? is a romantic comedy starring Chris Evans as Colin Shea and Anna Faris as Ally Darling. The film follows a woman who looks back on her past 19 relationships and wonders if any of them are right for her. Unfortunately, What’s Your Number? received negative reviews from critics and viewers as it failed to be more than a romantic comedy trope.

8. Not Another Teen Movie 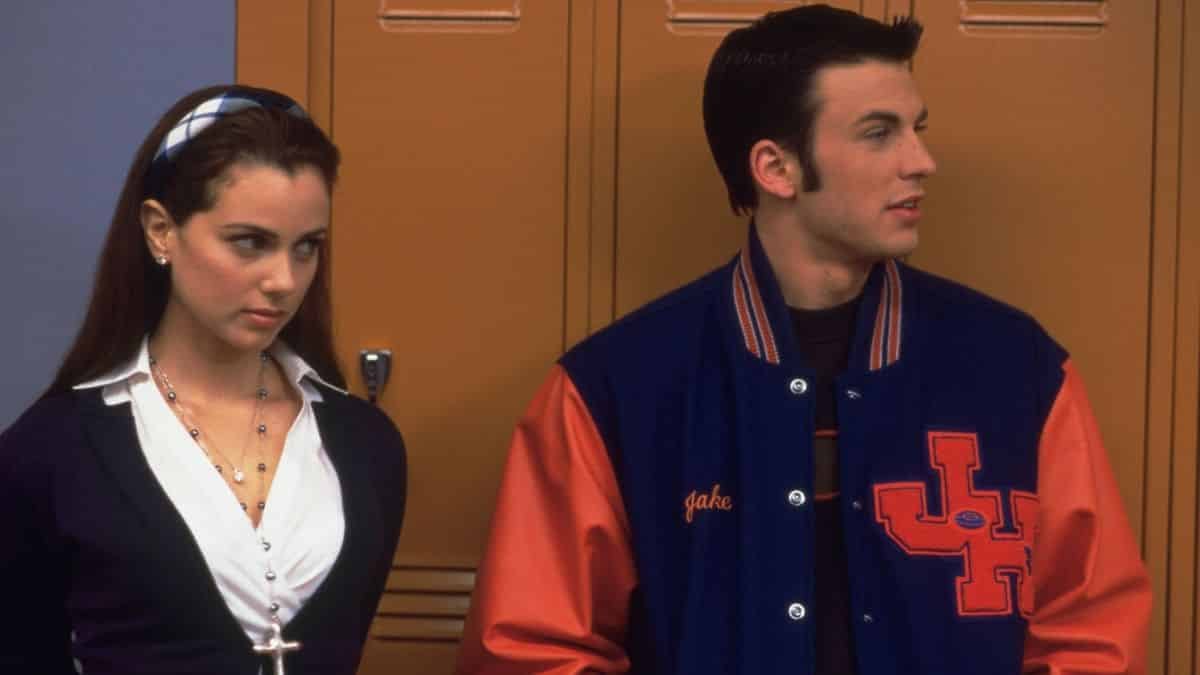 Not Another Teen Movie

Not Another Teen Movie is one of Chris Evans earliest appearances. It was released in 2001, before he had his breakthrough with Fantastic Four in 2005. As the title suggests, Not Another Teen Movie is a parody of teen movies; thus, the plot is based on the teen movies of the 90s such as 10 Things I Hate About You and She’s All That, and there are also references to various other movies such as American Pie, Road Trip and American Beauty. Chris Evans plays the stereotypical “The Popular Jock” named Jake in the film. His character is based on Jake Ryan from Sixteen Candles, Jonathan Moxon from Varsity Blues and Zack Siler from She’s All That. 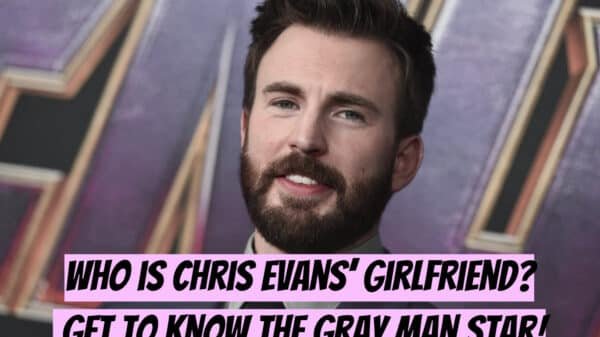 Who is Chris Evans’ Girlfriend? – Get to Know the Gray Man Star!

Want to know more about handsome actor Chris Evans? If you answered yes to this question, this article is for you! You can find...