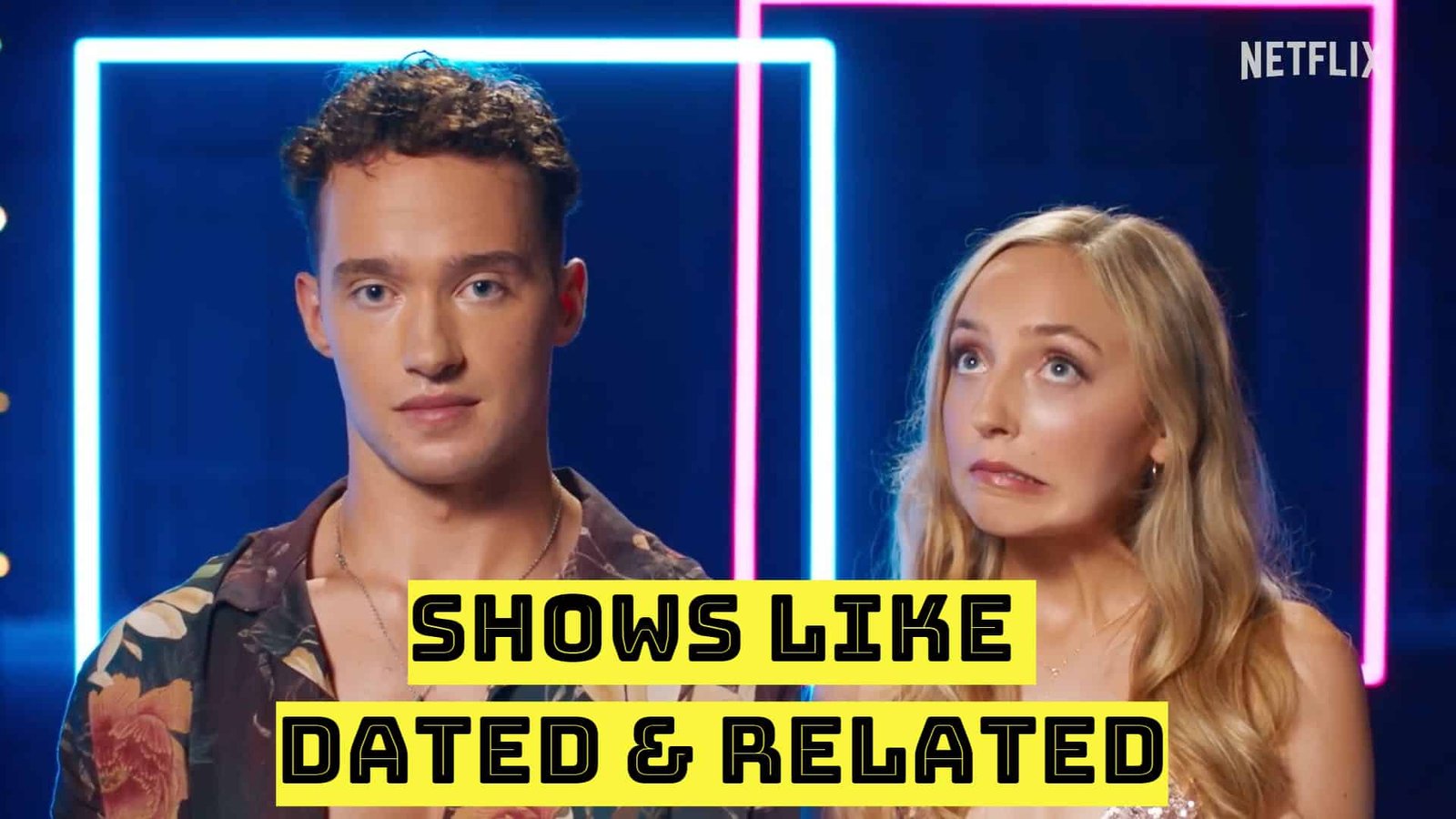 Many of us enjoy reality tv shows. The most well-liked shows are listed here for fans of Dated and Related.

Seven siblings and one set of cousins travel to a lavish home in the south of France in search of love, not to fall in love with one another. It is uncomfortable and dramatic, like Too Hot To Handle and Love Is Blind.

Dated and Related, a brand-new reality television program from Netflix, premieres on Friday, September 2, 2022. All 10 episodes will be released simultaneously for a quick, straightforward binge with a pint of ice cream. Each episode lasts a little less than an hour.

Read about: 6 Shows Like Summertime – What To Watch Until Summertime Season 3?

1. Too Hot to Handle

American and British production firms Talkback and Thames created the reality TV dating game program Too Hot to Handle. The eight-episode 1st season of the program, designed by Laura Gibson and Charlie Bennett, was made available on Netflix on April 17, 2020.

The show, hosted by a virtual assistant named “Lana,” centers on 10 adults locked up in a house for four weeks and must participate in various workshops while prohibited from kissing, sexual contact or self-gratification. The monetary prize is reduced any time a rule is broken. All the participants primarily have meaningless flings and cannot build lasting relationships.

The first half of the 2nd season was released on June 23, 2021, and the 2nd half the following week on June 30, 2021. The additional seasons were shot back-to-back while the COVID-19 pandemic occurred on the Turks and Caicos Islands. 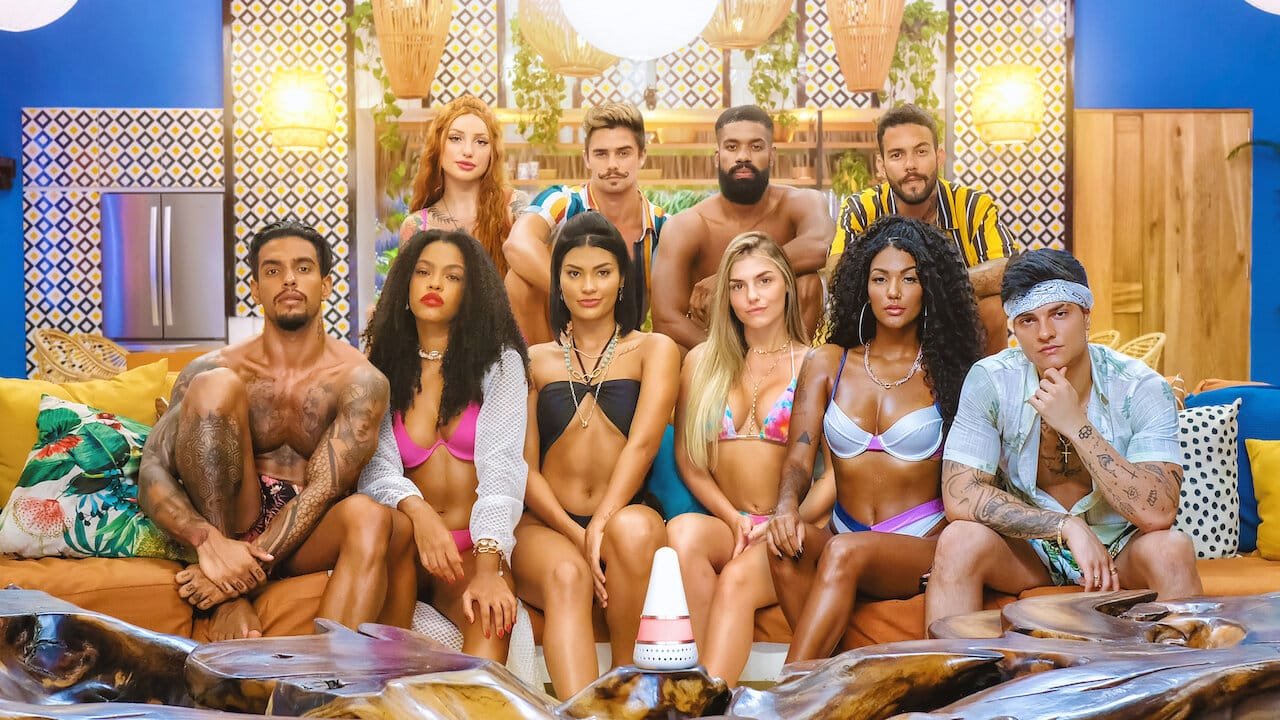 Too Hot to Handle – Shows Like Dated and Related

The Summer I Turned Pretty, fifteen-year-old Belly recounts her exciting summer at Cousins Beach, where she expects to find love. The plot revolves around her romantic escapades as she becomes embroiled in a love triangle with two brothers, Jeremiah and Conrad. While getting ready for the debutante ball, the youngster struggles to decide between the two males. 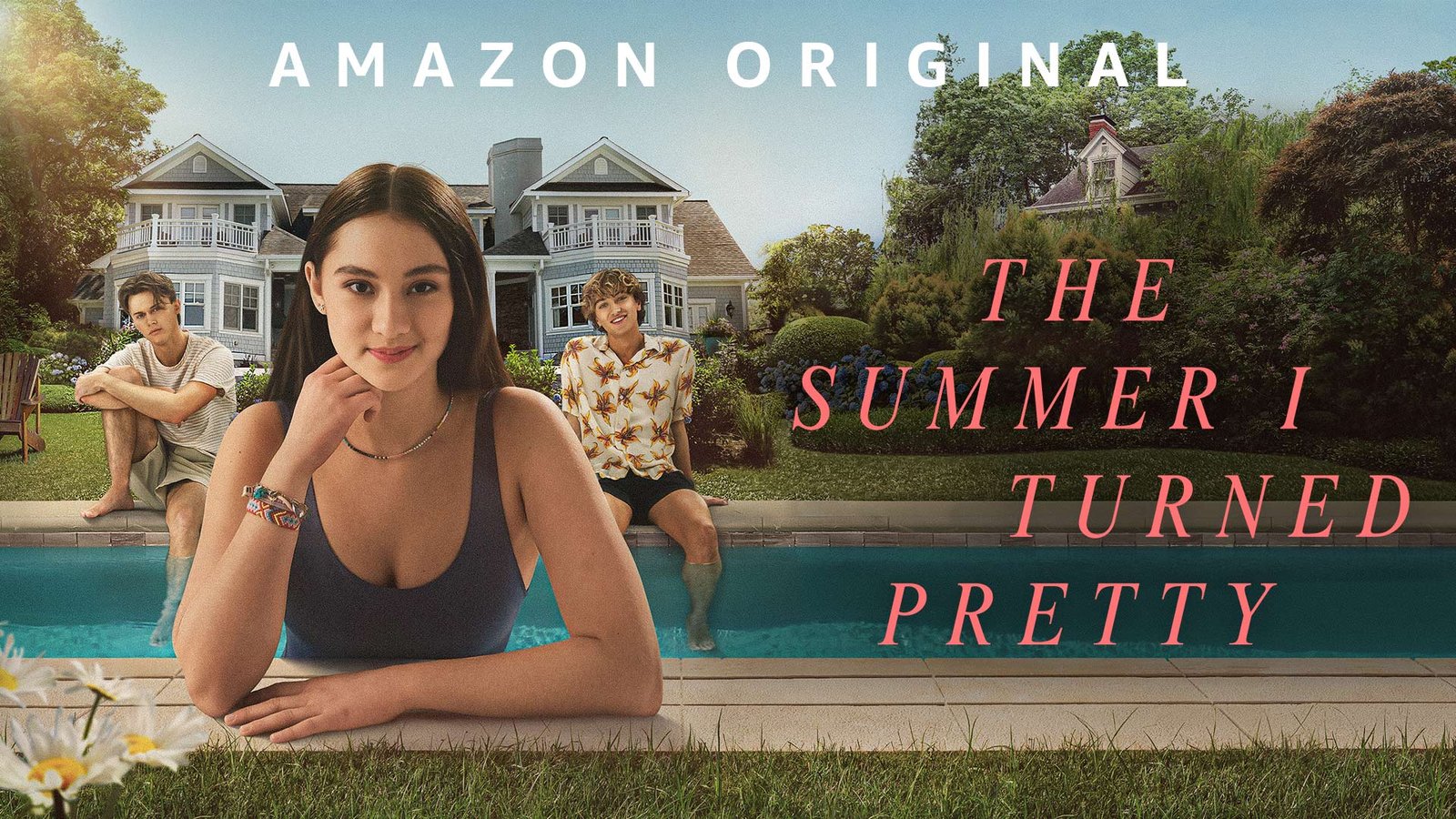 The Summer I Turned Pretty – Shows Like Dated and Related

Echoes, a Netflix original drama miniseries, premiered on August 19, 2022. The mystery-thriller miniseries follows identical twins Leni and Gina, who have lived different lives since they were young. They now share two homes, two partners, and a child as adults. One of the twins being lost causes chaos in their society.

The newest thriller drama miniseries on Netflix, “Echoes,” may have an intriguing idea, but its execution pushes the boundaries of credibility much too frequently, making it a reasonably unimpressive watch. Leni and Gina, played by Michelle Monaghan, search for one another after she goes missing. Untold mysteries from the sisters’ past weave strands of intrigue into this straightforward story, but there aren’t many other characters to pay attention to. Overall, one could attempt to watch “Echoes” without having great hopes for suspense or thrills. 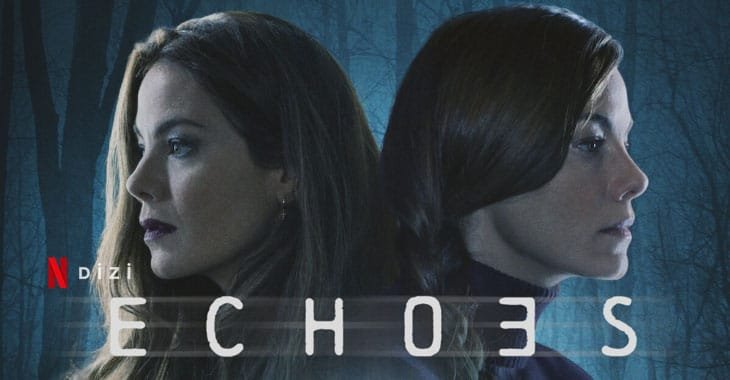 A recently divorced, homosexual man in his late 40s who is newly single and fresh out of a committed relationship stars in the lighthearted, carefree sitcom Uncoupled. The series offered a novel perspective on contemporary dating, acceptance, love, and life and was produced by Darren Star of Sex and the City and seasoned filmmaker Jeffrey Richman.

The protagonist of the Netflix original series is Michael, who gets dumped by his lover Colin after 17 years of dating. The eight-episode series follows Michael’s development from shock at his boyfriend’s abrupt departure to the eventual acceptance of his new existence.

The action begins in the first episode when Colin informs Michael, a prominent realtor in New York City, of his choice as I Will Always Love You by Whitney Houston begins to play in the background as the doors to the former’s surprise birthday party open. 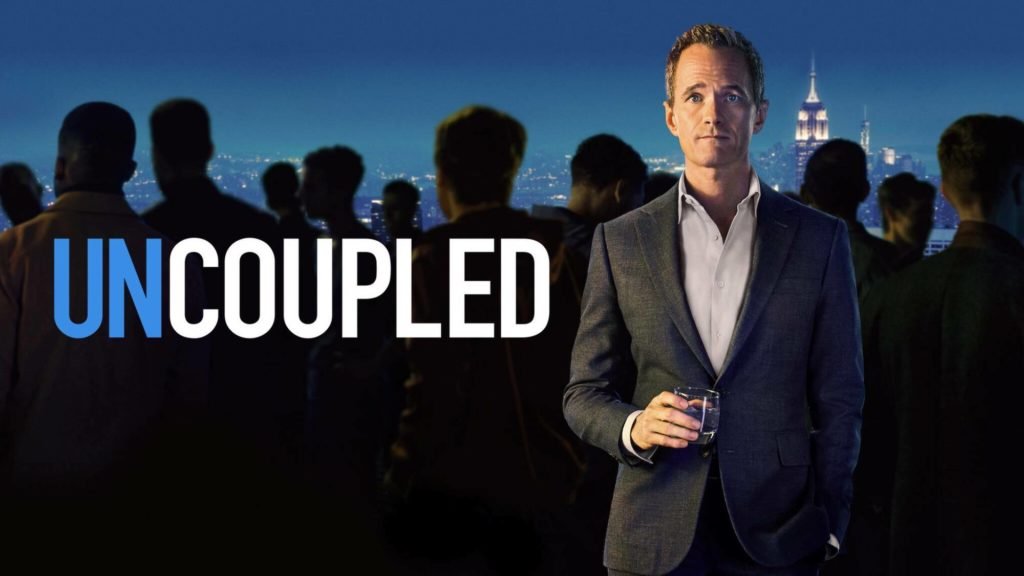 Several decades ago, in February 2020, Netflix released a brand-new reality television dating series called “Love Is Blind,” it takes place over ten days and involves the introduction of men and women who then converse in a speed dating-style scenario while speaking from different pods from which they can only hear one another. Some couples will have developed a strong enough relationship by the conclusion of the pod dates to inspire a proposal, and if it is accepted, the two will meet in person for the first time.

High-concept dating programs are nothing new, but “Love Is Blind” is ingenious in that it takes the most significant elements of its reality forebears. It uses them to create something new—and, in some cases, even better. Its closest cultural reference point is the long-running Lifetime series “Married at First Sight,” which showcases couples who get married right away after being matched by a panel of relationship experts. The couples then spend eight weeks living together before deciding whether or not to be married. 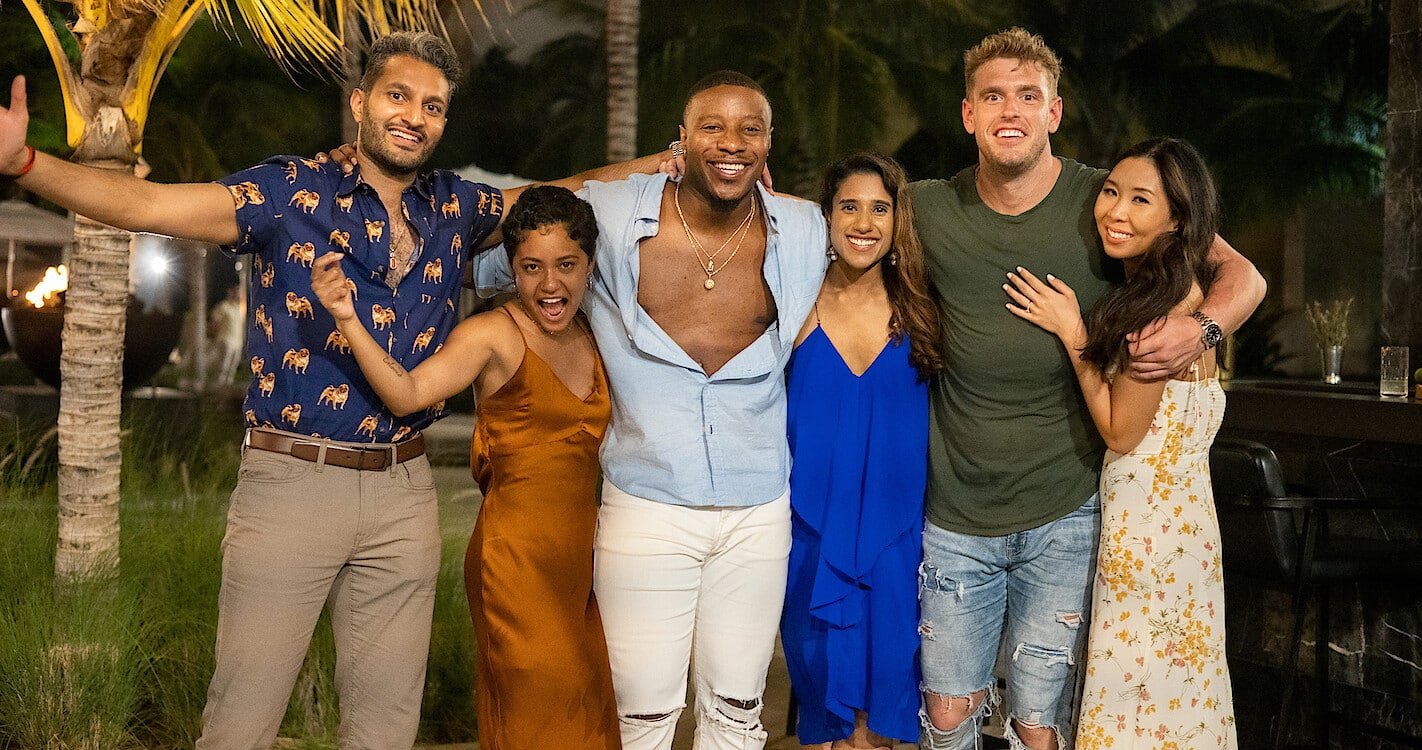 Young singles search for love in MTV’s American reality television program Are You the One? Producers use a matching algorithm to link a group of men and women into couples surreptitiously. The candidates then aim to find these “perfect matches” while cohabitating. The entire team will split a possible $1 million award if they are successful. In the first seven seasons, every partnership was male-female; however, any competitor might find a partner in the 8th season. 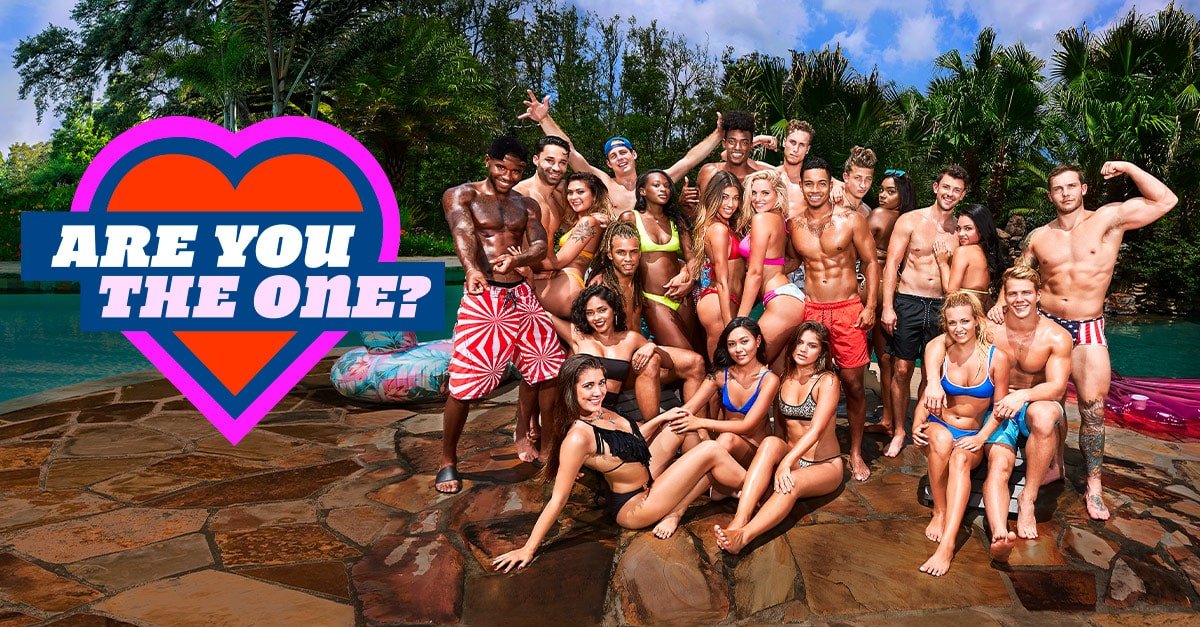 Are You The One? – Shows Like Dated and Related