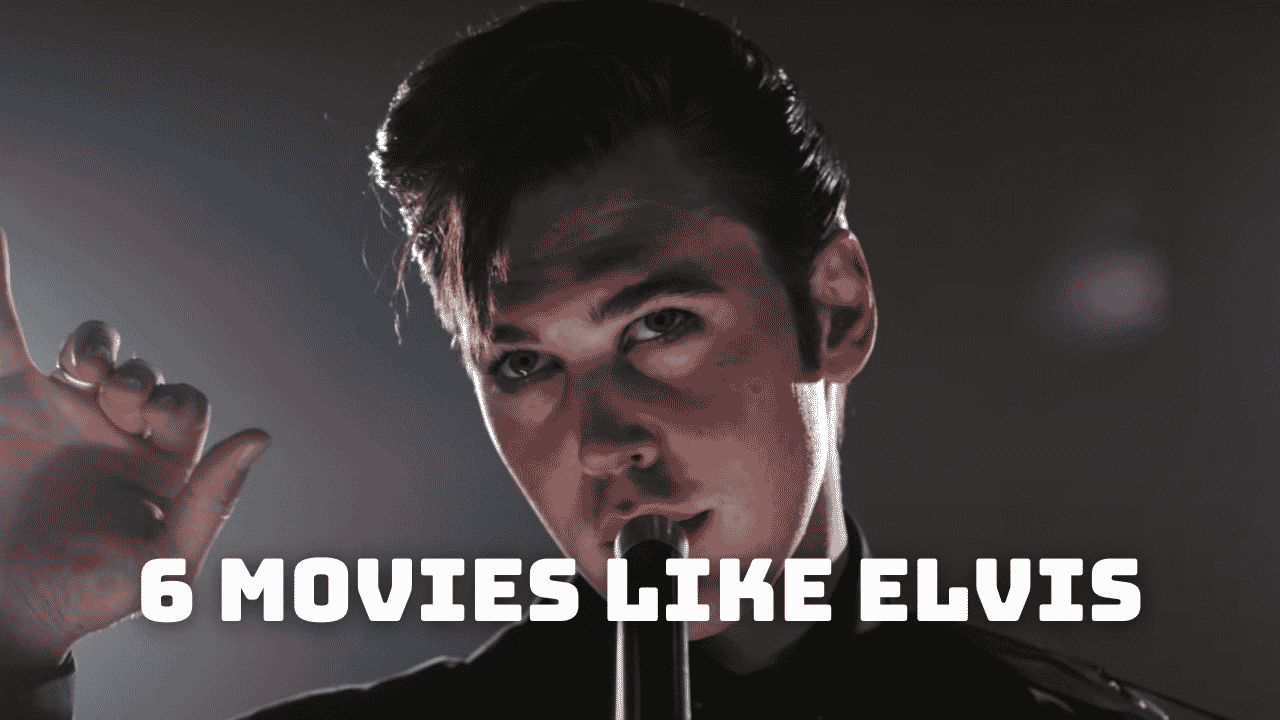 Have you seen Elvis? We bet you needed a lot of ample time to recover from the impact of this wonderful film and the outstanding performance of Austin Butler as The King of Rock and Roll and Tom Hanks as Col. Tom Parker, Elvis’ manager. That said, here are six movies like Elvis for you to watch while you wait for Elvis 2 if you want to be inspired by the lives of famous musicians who made a splash all over the world. Hold on tight, we are diving in! The first film on our list of movies like Elvis is Ray, which centers on the 30 years in the life of rhythm-and-blues musician Ray Charles who is also known as the Genius. The film was directed by Taylor Hackford and stars Jamie Foxx as Ray Charles alongside Kerry Washington, Clifton Powell, Aunjanue Ellis and many others. It was released in 2004, shortly after the death of the legendary musician due to liver disease. Ray received critical acclaim and numerous awards including Golden Globe, Academy, BAFTA and Grammy Awards. 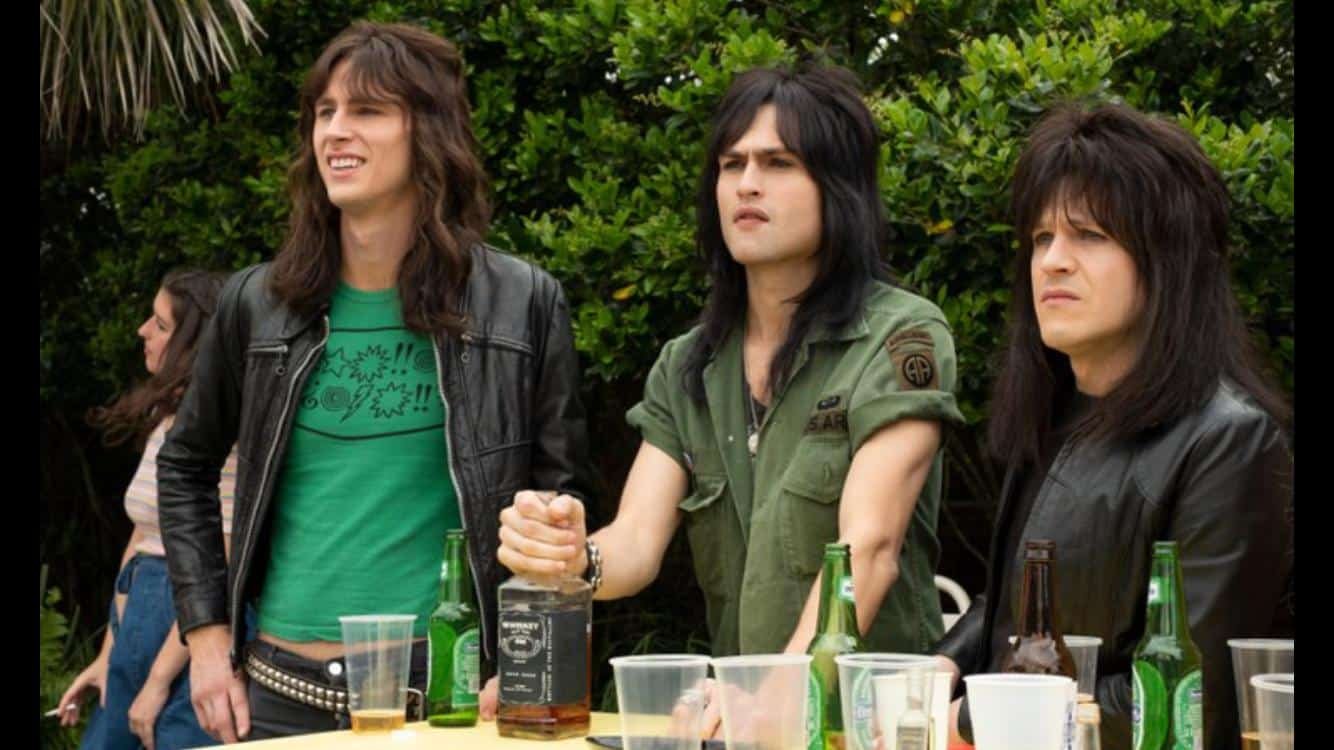 Are you a metalhead? If so, then The Dirt is for you! The film is based on the book The Dirt: Confessions of the World’s Most Notorious Rock Band by Neil Strauss and is about the heavy metal band Mötley Crüe. It was released in 2019. In the film, Nikki Sixx, the group’s bassist, is played by Douglas Booth, Mick Mars, the guitarist, is played by Iwan Rheon, Tommy Lee, the drummer, is played by Colson Baker and Vince Neil, the lead singer, is played by Daniel Webber. 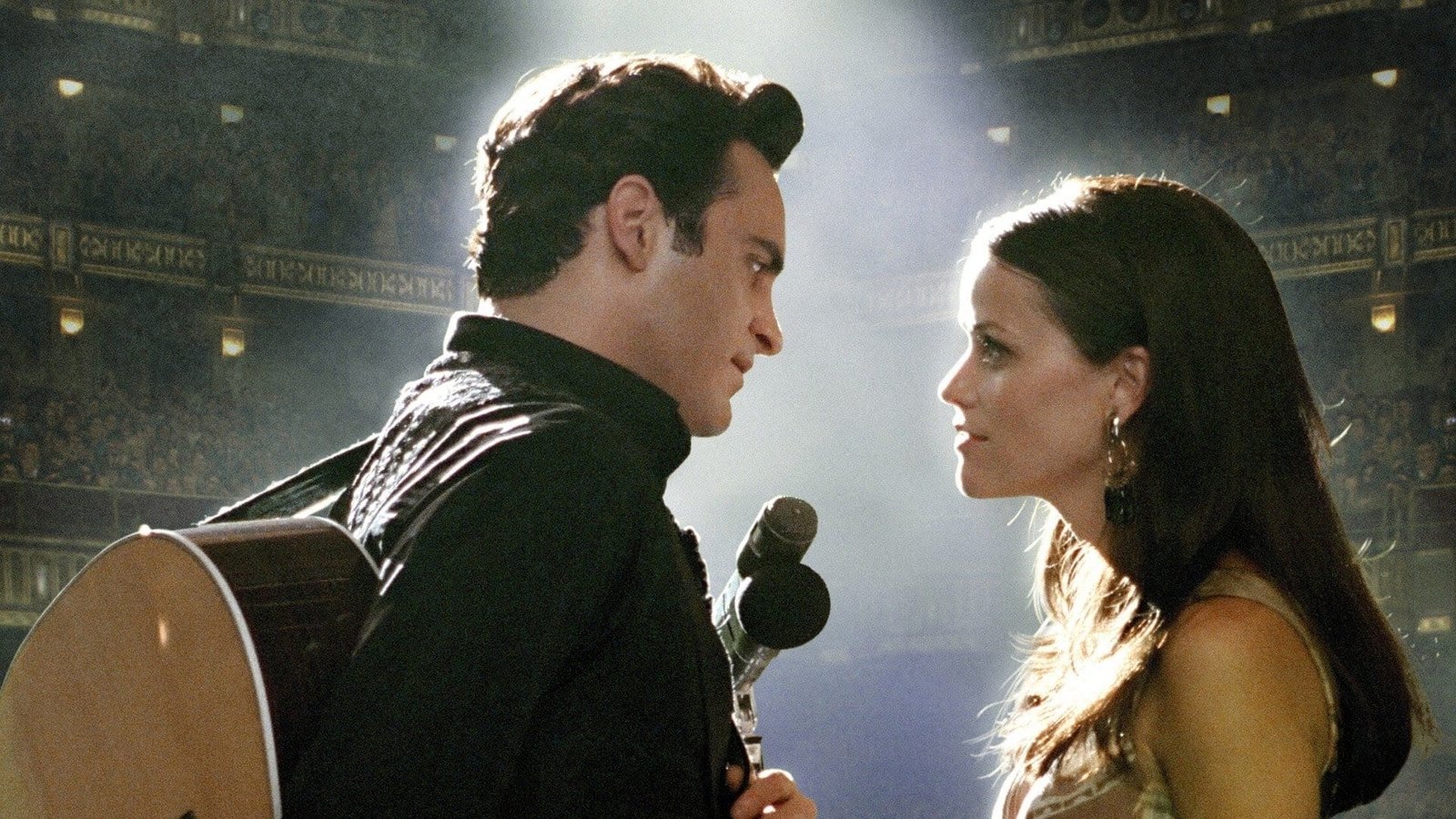 Here is one of the best movies like Elvis! Walk the Line consists of the genres of biography, musical and romance at the same time and follows the early life of Johnny Cash, his relationship with June Carter, his country music career and his drug addiction, based on the autobiographies written by the musician himself. Directed by James Mangold, the film stars Joaquin Phoenix as Johnny Cash and Reese Witherspoon as Carter. For his portrayal of Cash, Phoenix won the Golden Globe Award for Best Actor and received numerous other nominations. 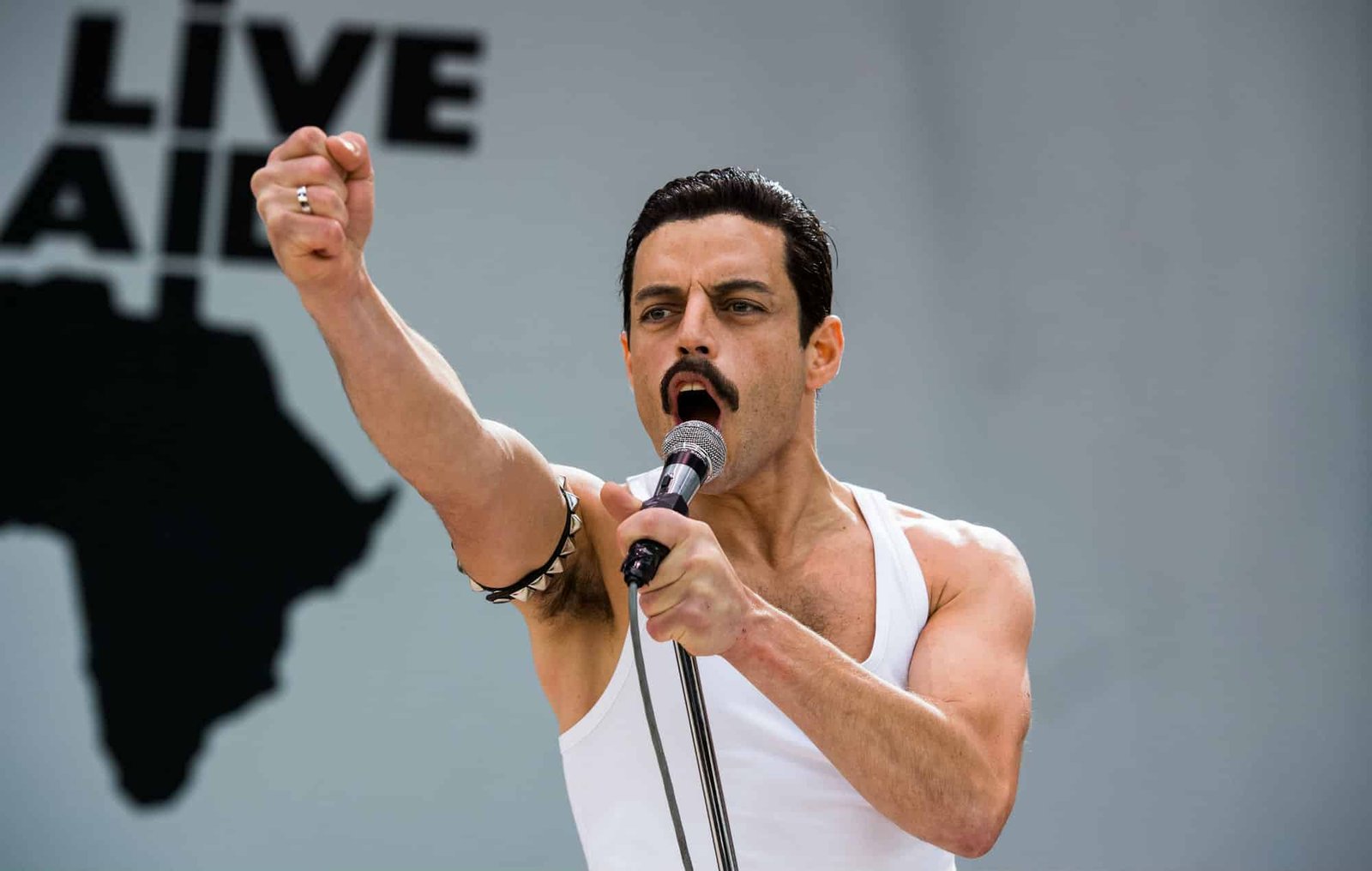 Bohemian Rhapsody is undoubtedly a runaway hit among movies like Elvis. After its premiere in 2018, the film immediately set the heather on fire and became the sixth highest-grossing film of 2018 worldwide. As the title suggests, the film chronicles the evolution and rise of the popular rock and roll group Queen, focusing primarily on the life of lead singer Freddy Mercury. Rami Malek portrayed the famous musician, and the film also stars Gwilym Lee as Brian May, Ben Hardy as Roger Taylor and Joe Mazzello as John Deacon and others. For his portrayal of Mercury, Malek received a number of best actor awards, including a Golden Globe and an Academy Award. 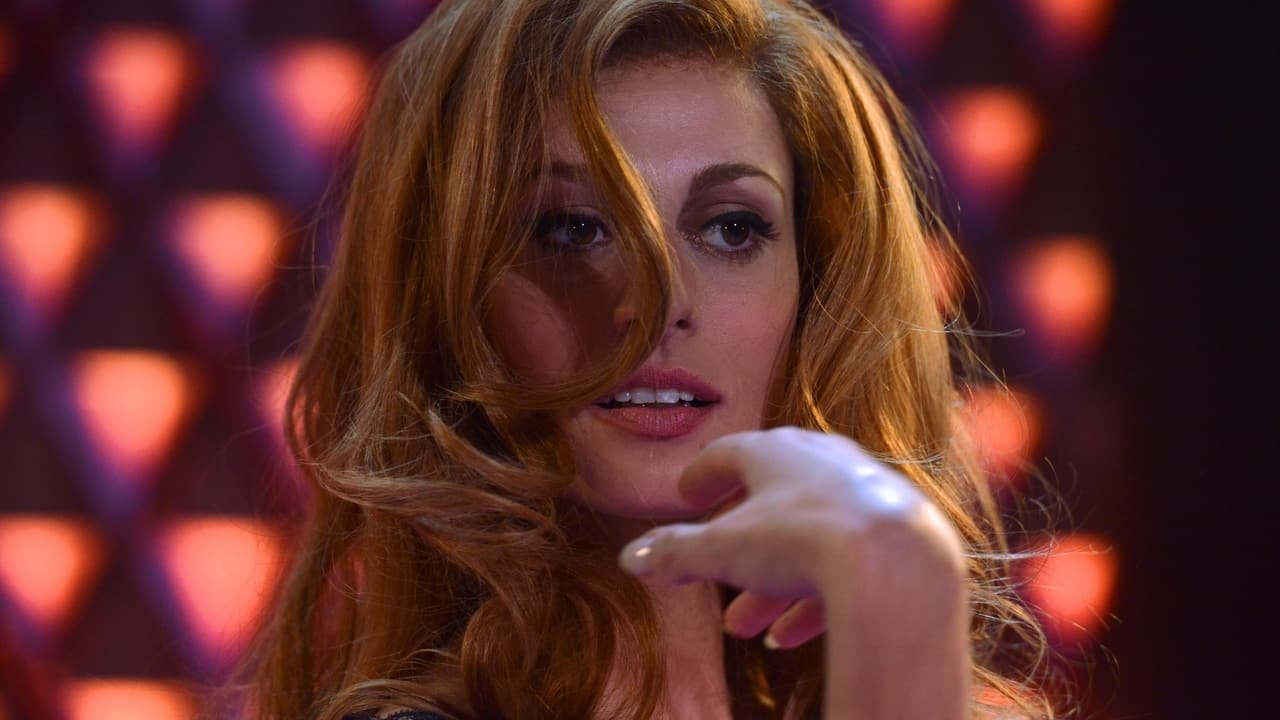 Dalida is a biopic that focuses on the life of French-Italian singer and actress Dalida, beginning with the singer’s unsuccessful suicide attempt in a hotel room in 1967. The film was directed by French director Lisa Azuelos and stars Italian actress Sveva Alviti in the title role, Riccardo Scamarcio as Orlando, Alessandro Borghi as Luigi Tenco and Jean-Paul Rouve as Lucien Morisse. It was released in 2017 and can be streamed on Amazon Prime Video. 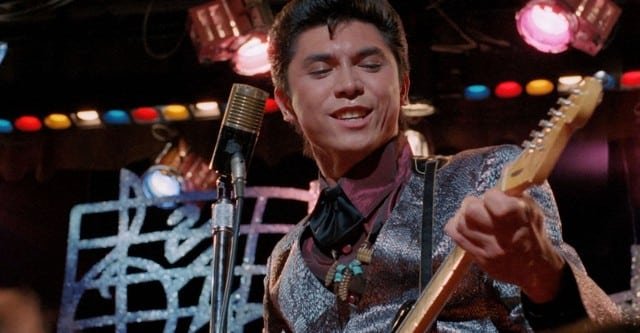 La Bamba is quite an old movie compared to other movies like Elvis, as it was released in 1987. Directed by Luis Valdez, it follows the life and short-lived music career of Mexican-American Chicano rock and roll star Ritchie Valens and the impact of his career on the lives of his loved ones.

The film’s title was derived from the Mexican folk song of the same name, which was later transformed into a rock and roll version by Valens himself. It stars Lou Diamond Phillips as Ritchie Valens, the role that made the actor famous, Esai Morales as Roberto “Bob” Morales, Rosanna DeSoto as Connie Valenzuela and Elizabeth Peña as Rosie Morales, among others. La Bamba is available to watch on Netflix, Hulu and Amazon Prime Video.