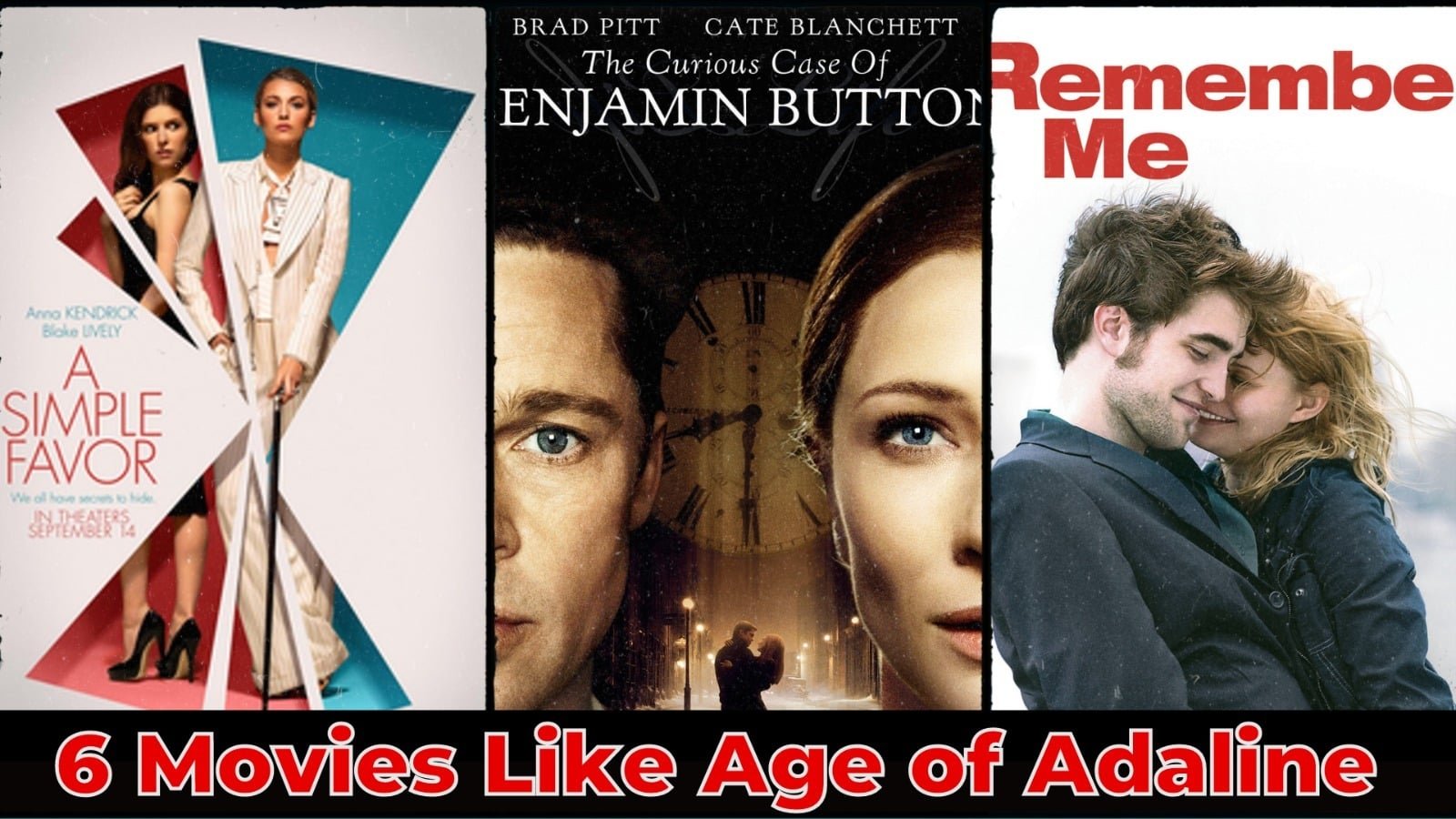 6 Movies Like Age of Adeline – Perfect Movies For Age of Adaline Fans!

Age of Adaline is a romantic and fantasy movie released in 2015. The film stars Blake Lively, Michiel Huisman and Harrison Ford. The subject of the movie is the life of a young woman named Adaline. Adaline, the main character of this fantasy movie, never ages and has lived for much longer than a human lifetime. Adaline is a woman who was born in 1908, had an ordinary life, married an ordinary man and had children.

At the age of 29, Adaline lost her husband in a tragic accident, and 10 months later she had an accident too. Adaline, who survived the crash, realizes she hasn’t aged at all. Living in this way for years, Adaline meets a young man in the 21st century, and the young woman feels complete. The movie starring Blake Lively was highly appreciated and movies similar to this movie were searched by the fans. We have listed 6 movies similar to Age of Adaline for you. 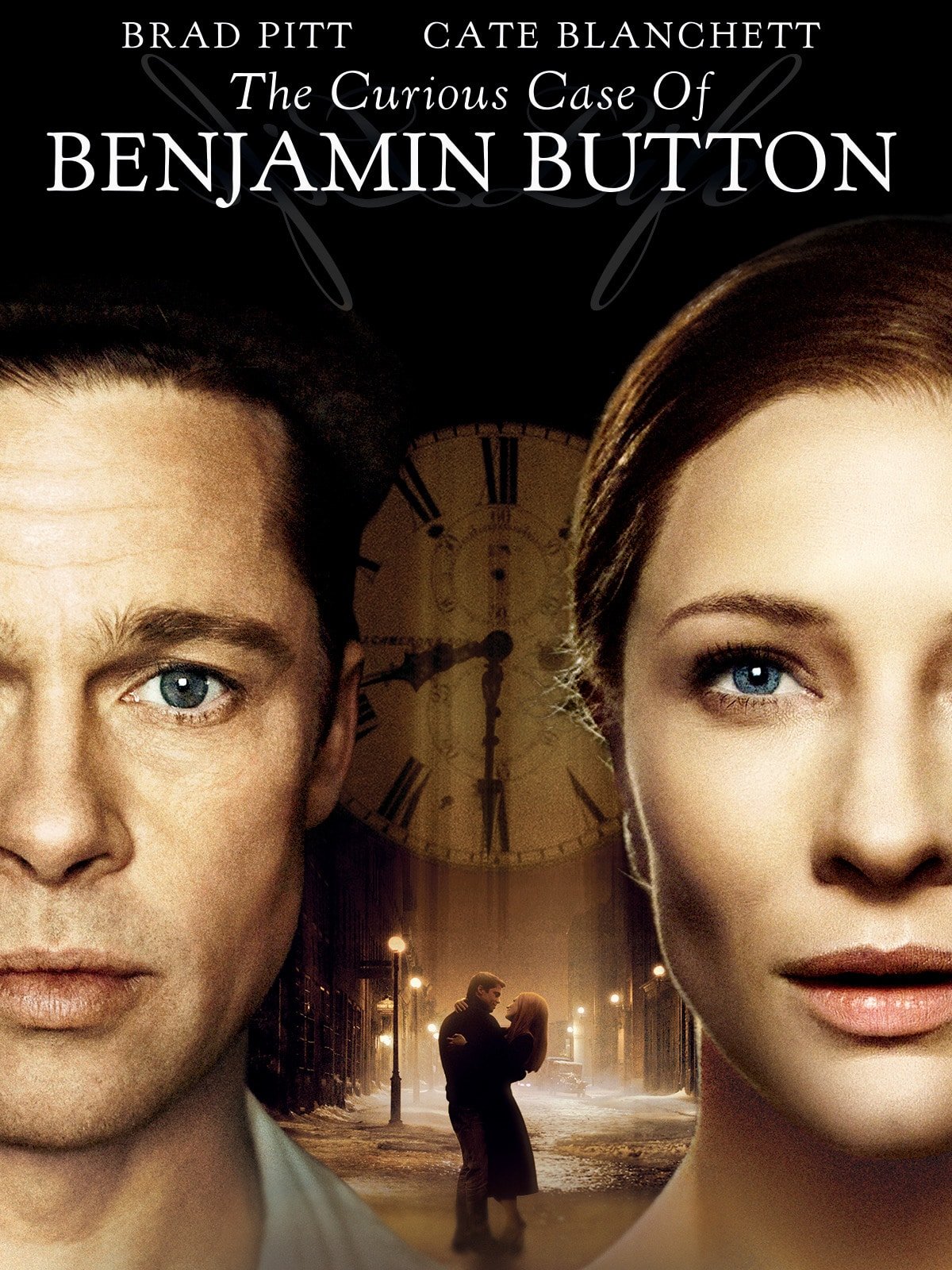 The original title of the movie is “The Curious Case of Benjamin Button”. Brad Pitt and Cate Blanchett play the lead roles in this fantasy and romantic drama film released in 2008. The reason why Benjamin Button is at the top of this list is undoubtedly the main character for whom time flows differently.

Benjamin is a baby born in 1918. In the same year a clock tower is built but works counterclockwise. This clock, which makes it seem like time is running backwards, is related to Benjamin’s situation. Because Benjamin was born old, but he has the mind and soul of a child. As time passes, Benjamin’s image becomes younger. The movie is similar to Age of Adaline with the theme of time and age. 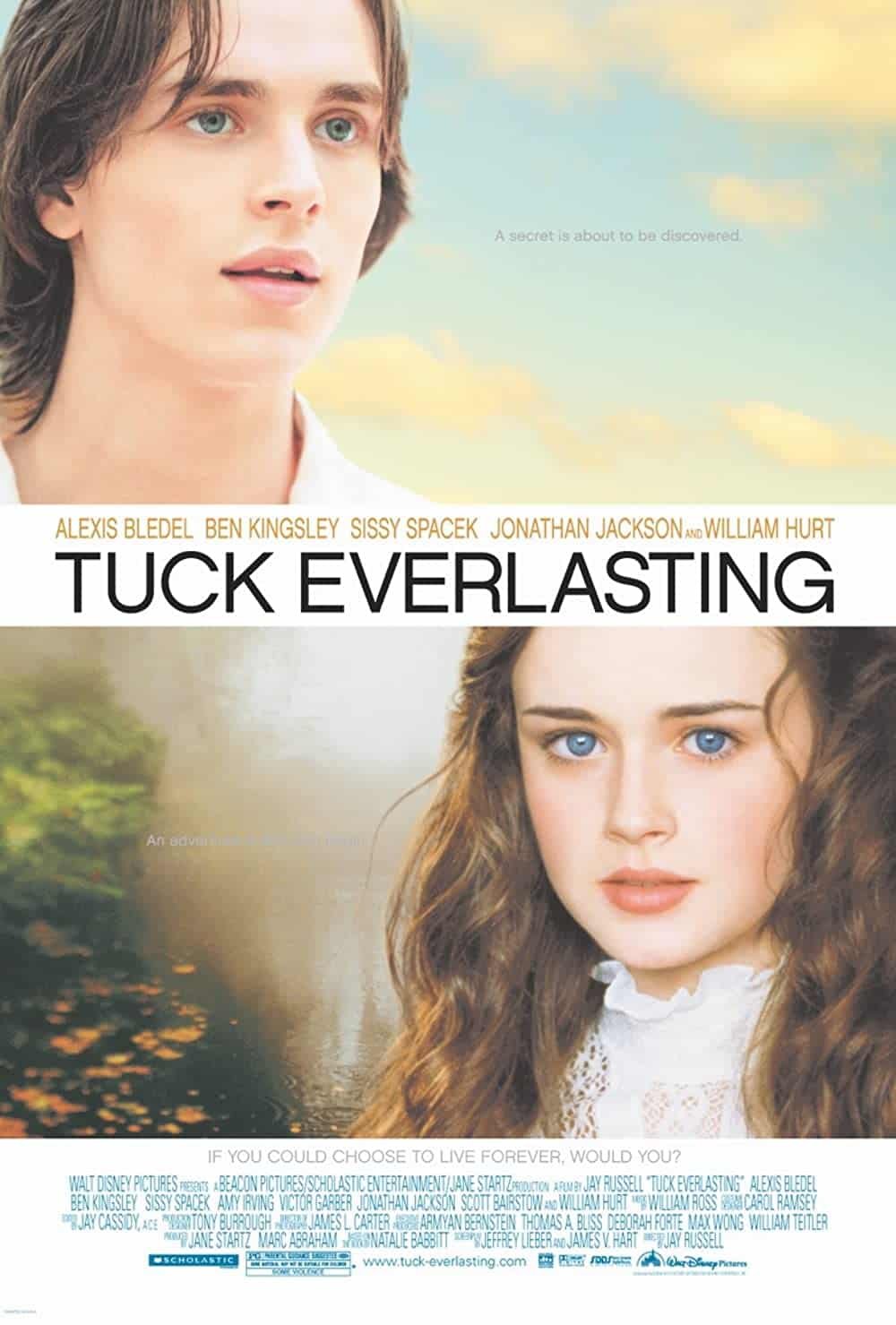 Tuck Everlasting is a 2002 fantasy drama film. It tells the story of 15-year-old Winnie who, after learning that she will be sent to boarding school, escapes into the woods and meets the Tuck family there. The Tucks family is drinking from a spring in the forest. And this spring in the forest is different from the others.

Thanks to this water source, they do not age at all. Because Winnie sees them drinking water, they kidnap her and ask them to keep their secret. They are worried that if the power of the spring is learned, it will fall into the wrong hands. Tuck Everlasting is similar to Age of Adaline with its eternal life theme. 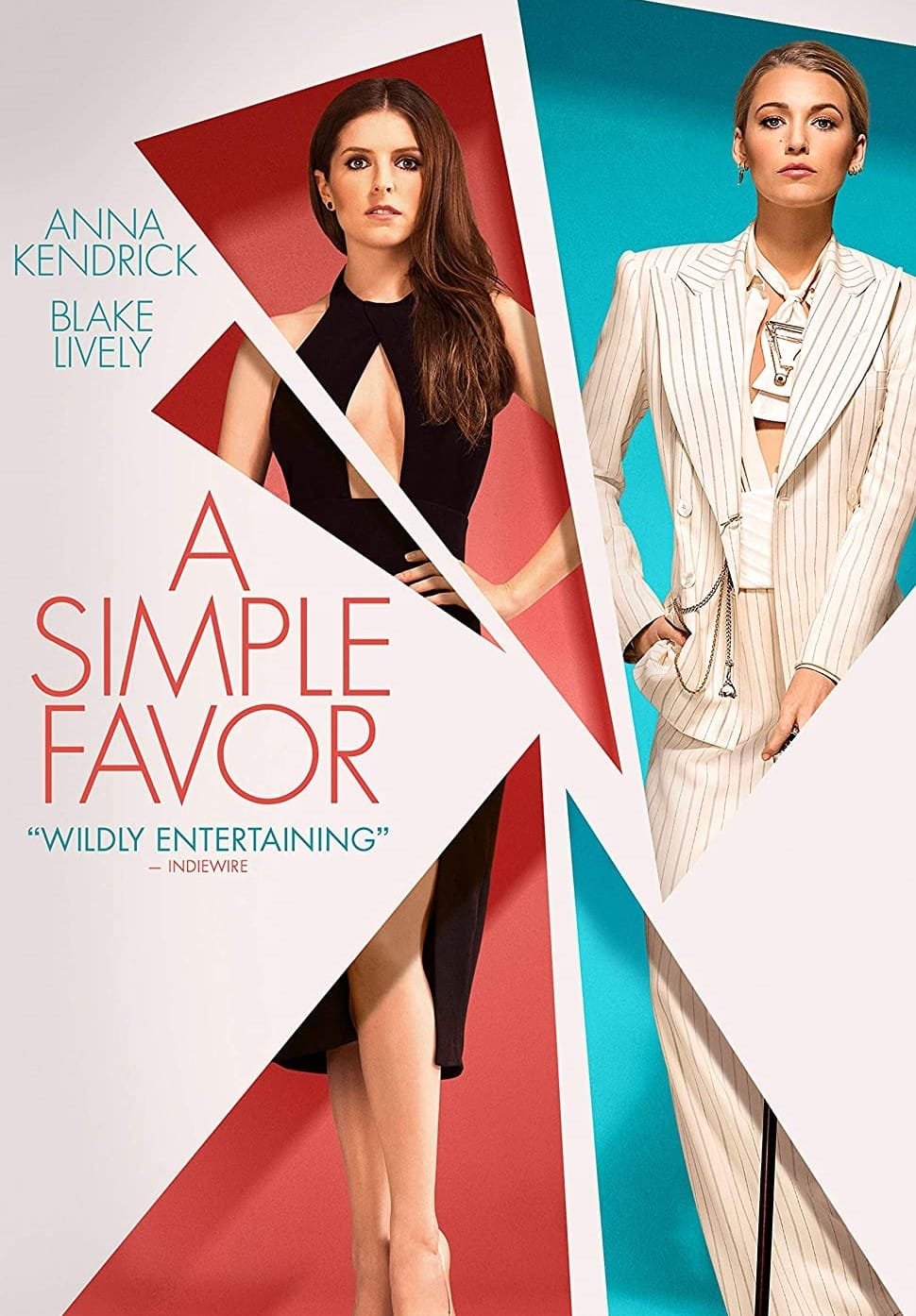 A Simple Favor is a 2018 crime, mystery and comedy movie. Blake Lively plays a role in this movie, as in Age of Adaline. With Blake Lively in the lead roles Anna Kendrick and Henry Golding. The movie is based on a novel of the same name writed by Darcey Bell.

In A Simple Favour, Stephanie and Emily are two women whose children go to the same school. Among the women who are friends, Emily is in the upper class socially. Emily’s friend Stephanie is a single mom shooting parent vlogs. One day, when Emily disappears, Stephanie sets out to find her friend. 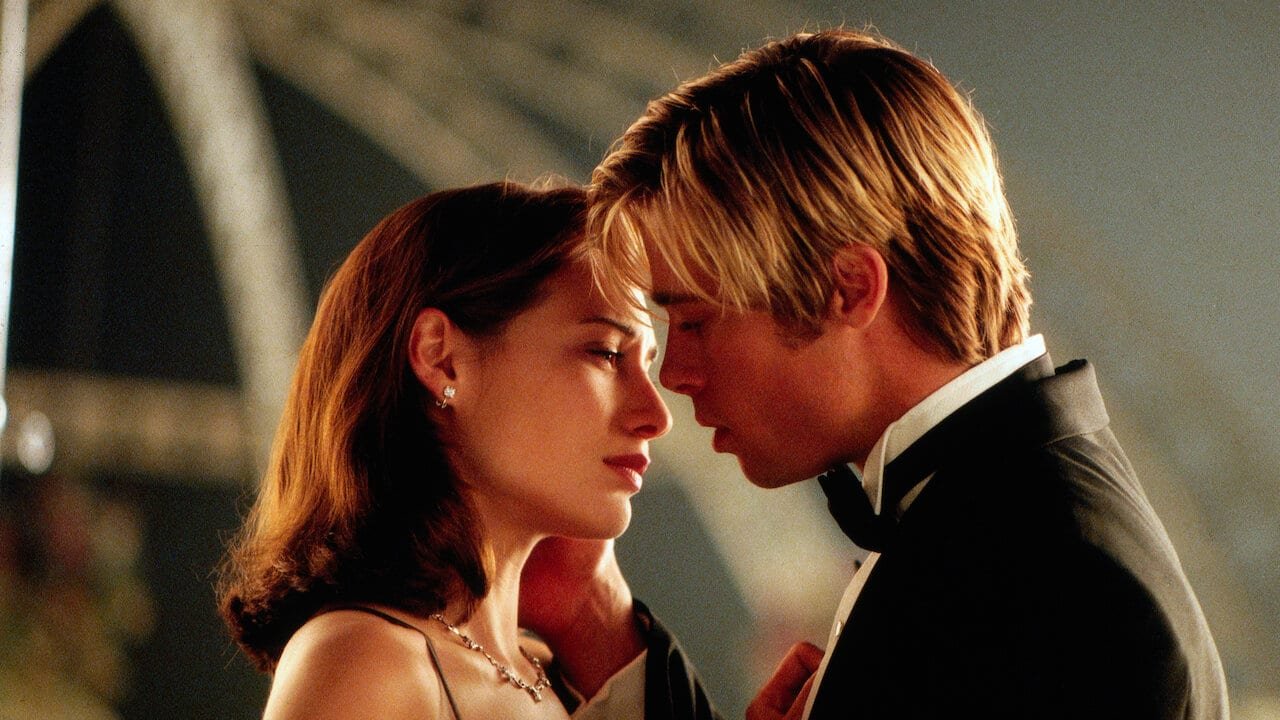 Meet Joe Black is a 1998 romantic drama and fantasy film. The film stars Brad Pitt, Anthony Hopkins and Claire Forlani. The film takes its subject from the Italian play La morte in vacanza.

Bill Parrish is a media mogul and father. Descending to the world as a young and handsome man, death asks Bill to teach him about life. While Bill teaches him about life on earth, death falls in love with Bill’s daughter. 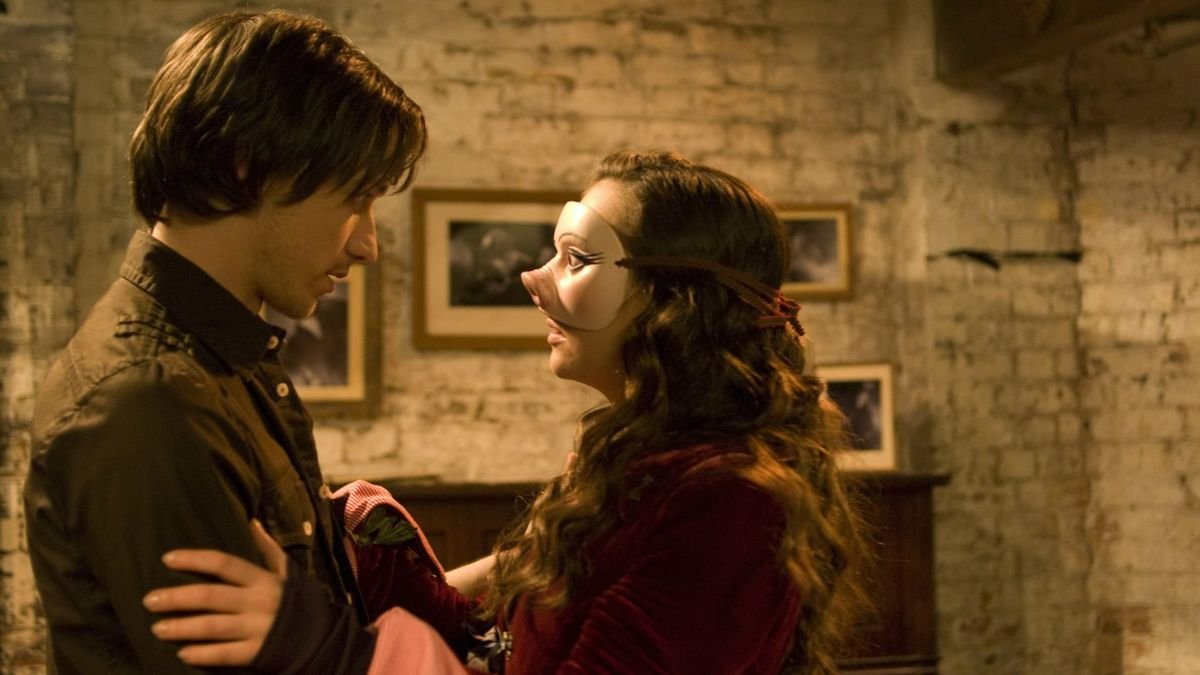 enelope is a fantasy romantic comedy film made in 2006. In the movie, the main character, Penelope, is born as a girl with a pig’s nose, and there is only one way her curse can be lifted. A maid named Clara is going to marry a wealthy and socialite named Ralph Wilhern, but Ralph’s family does not approve and Clara commits suicide.

There is a fact that the family does not know that Clara’s mother is a witch. She blames the Wilhern family for her daughter’s death, placing a curse on the family. The first girl to be born in the family will have a pig’s nose. The family that has had sons for generations has a daughter and they name her Penelope. Penelope is indeed cursed to have a pig’s nose. In order for this curse to be removed, a person must truly fall in love with her. 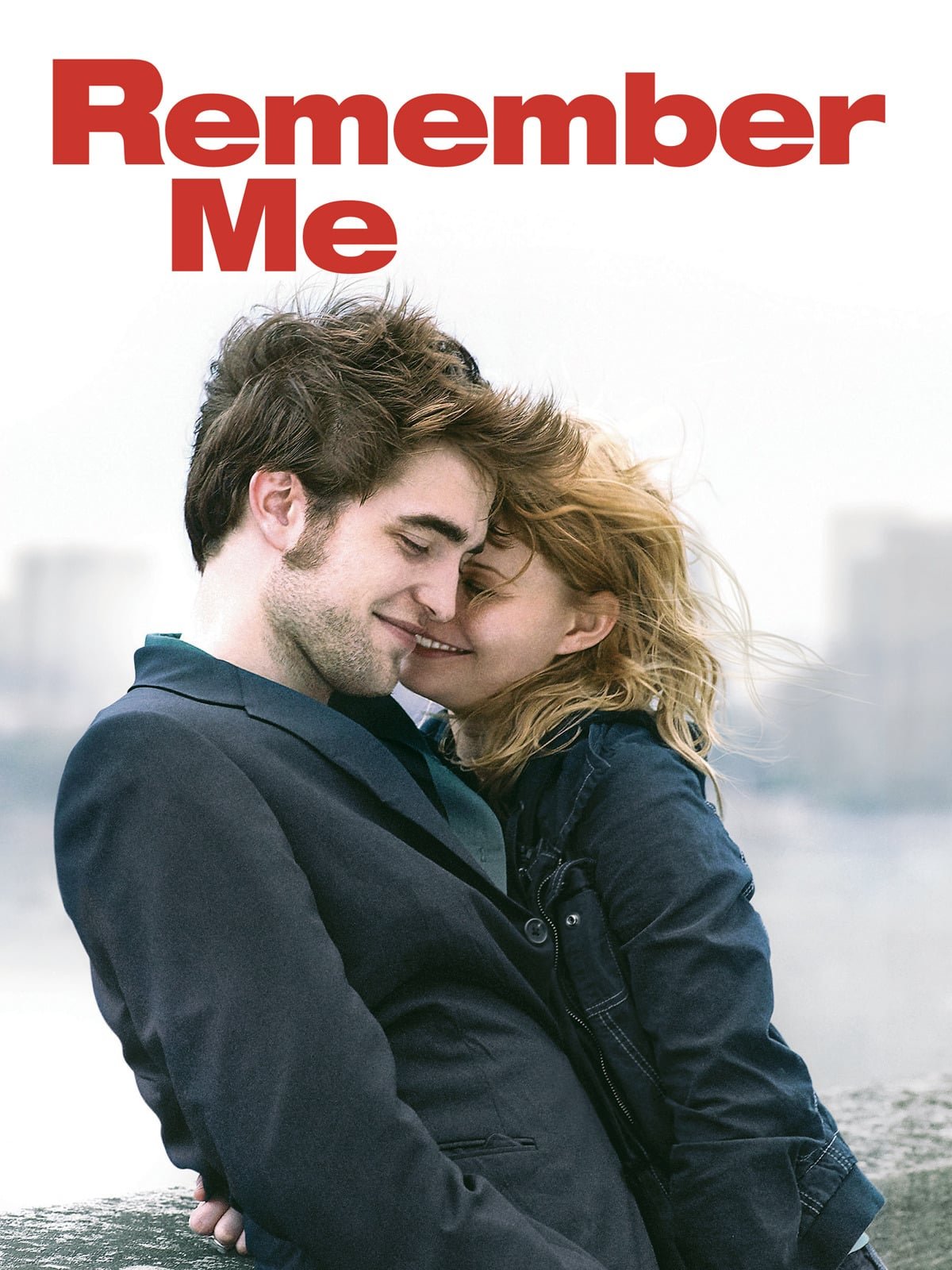 Remember Me is a romantic drama film released in 2010. The film stars Robert Pattinson and Emilie de Ravin. The character Tyler, played by Robert Pattinson, comes from a family that broke up after the suicide of his older brother. One day, he and Ally cross paths. Ally, played by Emilie de Ravin, witnessed her mother’s murder and has decided to live every day to the fullest ever since. The movie focuses on the relationship between the two.