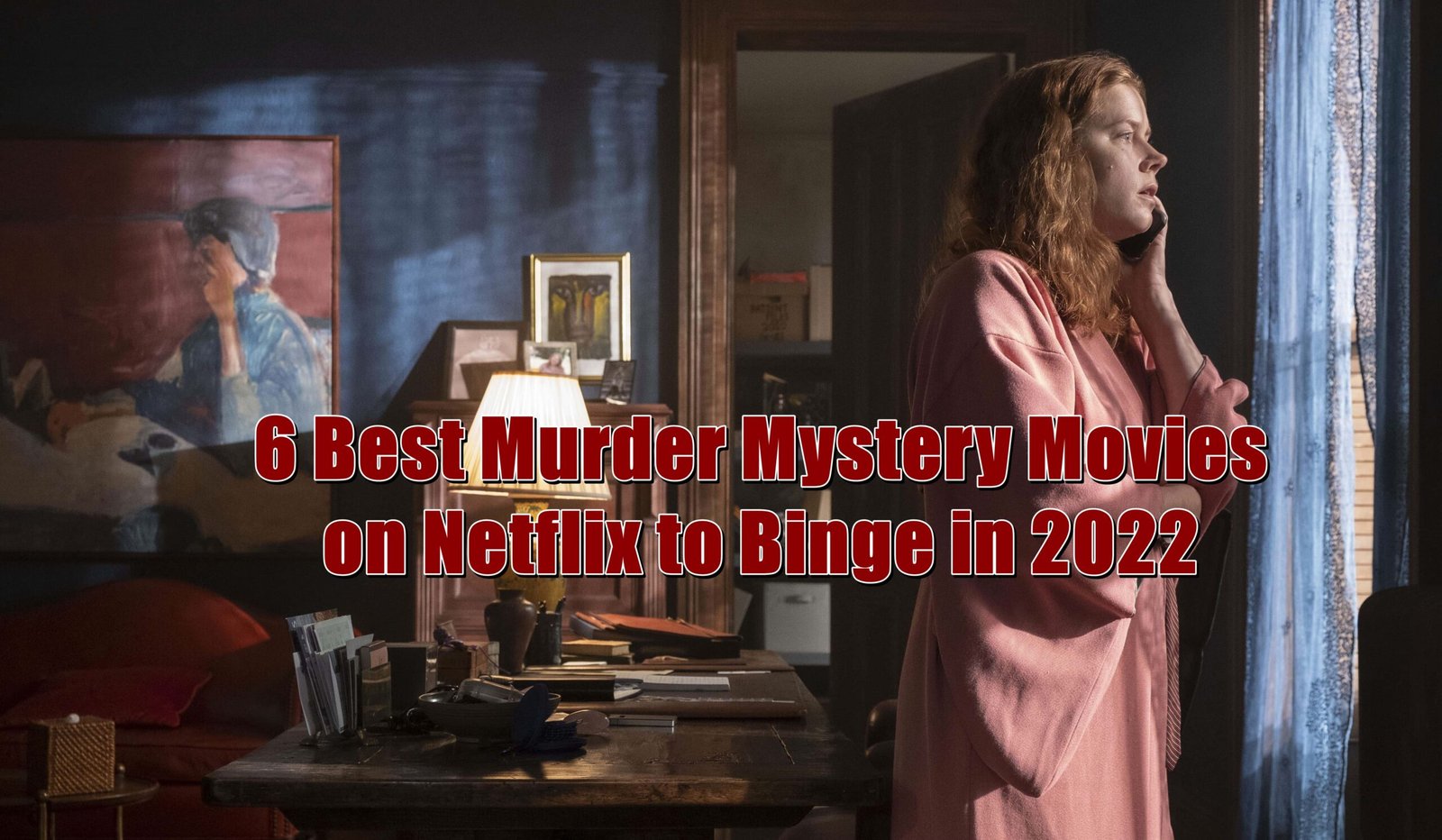 6 Best Murder Mystery Movies on Netflix to Binge in 2022

Sitting puzzled in front of your TV is a lot of fun whether it’s a criminal narrative or a suspense film that keeps you wondering. Some also like a mind-bending psychological thriller, and those plots may be a far more delightful experience than it seems, so there is a movie for everybody in our list of best murder mystery movies on Netflix.

The finest mysteries sometimes span many seasons on the streaming site; there are, however, several mystery films available for those seeking a more thorough experience, and in this sense, Netflix is good at its job and offers a variety of mystery films. We included horror, thriller, and sci-fi genres, so you should definitely check out our best murder mystery movies on the Netflix list down below.

1. The Woman in the Window The Woman in the Window

The narrative is about Anna Fox, a child psychologist who is an alcoholic and an agoraphobic who lives in a three-story mansion in Manhattan, making The Woman in the Window one of the best murder mystery movies on Netflix. As Ana suffers from anxiety and panic attacks as a result of some catastrophic flashbacks, it makes her fearful of places and circumstances. She has been trapped within the house for the past 10 months, unable to go out as she gets by on anxiety meds, a drink, her laptop, and her Nikon camera.

Anna unintentionally observes a crime that no one intended to see one day and she informs the authorities but no one trusts her since she is seen as a volatile and elusive lady. That makes her even more paranoid, and she is determined to discover the truth, so she goes on her own. This is probably among the best murder mystery movies on Netflix, so if you are looking for one, The Woman in the Window should be your first choice. 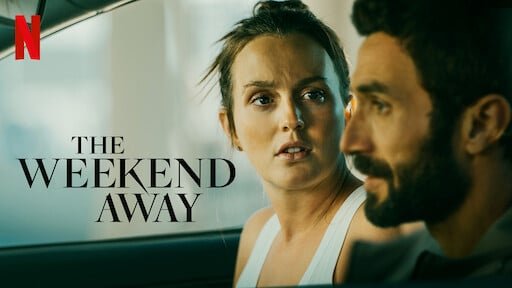 Kim Farrant from Australia offers us a beautiful and suspenseful cinematic approach here that everyone who has been in a complicated relationship may connect to. The Weekend Away has an artistically realistic charm; when you combine the grandeur of the entire film location, which was shot in Split, Croatia, you get superb cinematography, making this film one of the best murder mystery movies on Netflix.

The first few minutes provide you with enough information to build your own theories about how the plot will unfold, but after you reach halfway, the movie gets more interesting. This is most likely one of the best Swedish films of all time, and it is also one of the best murder mystery movies on Netflix. As usual, Noomi Rapace is so convincing in her portrayal and the movie is directed by Adam Berg, who is unrivaled in Swedish cinema history. This is the kind of film you’d expect from a Hollywood blockbuster with a budget in the hundreds of millions of dollars, furthermore, the narrative is not dissimilar to real-world violence.

Black Crab film that everyone should see in order to comprehend the horrors of war and a parent’s driving power and opposition to high-tech weaponry. Buster’s Mal Heart is about a mountain guy who lives off the earth during the summer and breaks into lonely vacation cottages in Montana during the winter, or sometimes, he’s at sea, drifting on a little boat. In the film, there’s a time where he may have split in two, although it might simply be the Multiverse, presenting an interesting plot and making Buster one of the best murder mystery movies on Netflix.

The mountain scenes are the most fun since he utilizes the cabin owners’ phones to call horoscope lines and TV psychics, and there are flashbacks to Buster’s previous existence. 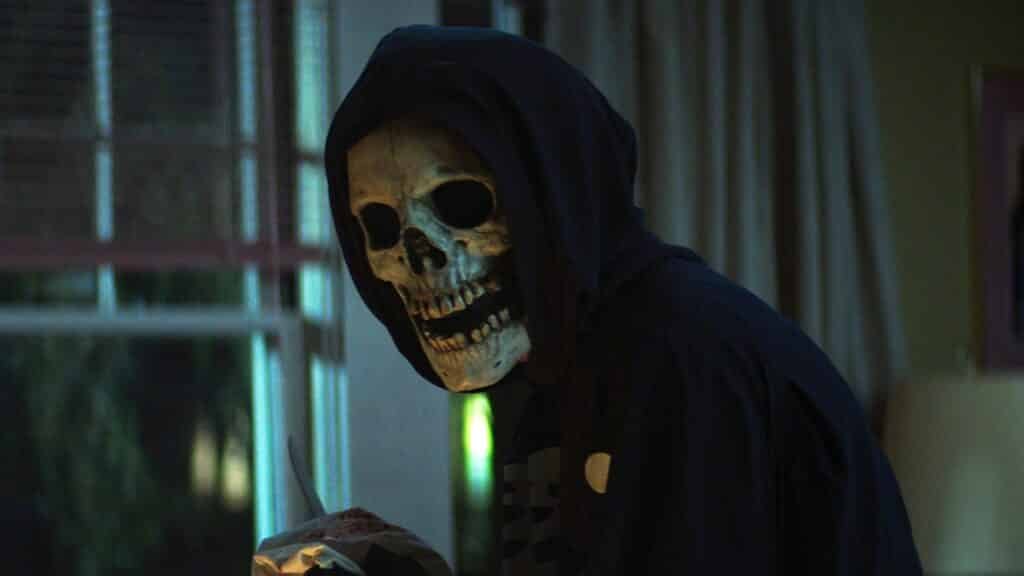 Not the greatest movie of all time, but it is certainly entertaining and worth watching because the movie’s visuals and the narrative are entertaining and unique, with many unexpected turns. There were a few times when the viewers had to facepalm because the characters were acting foolish, but we wouldn’t have horror movies if people weren’t a little stupid. Fear Street is definitely one of the best murder mystery movies on Netflix, even though it could not rank too high on our list.

6. The Girl with the Dragon Tattoo 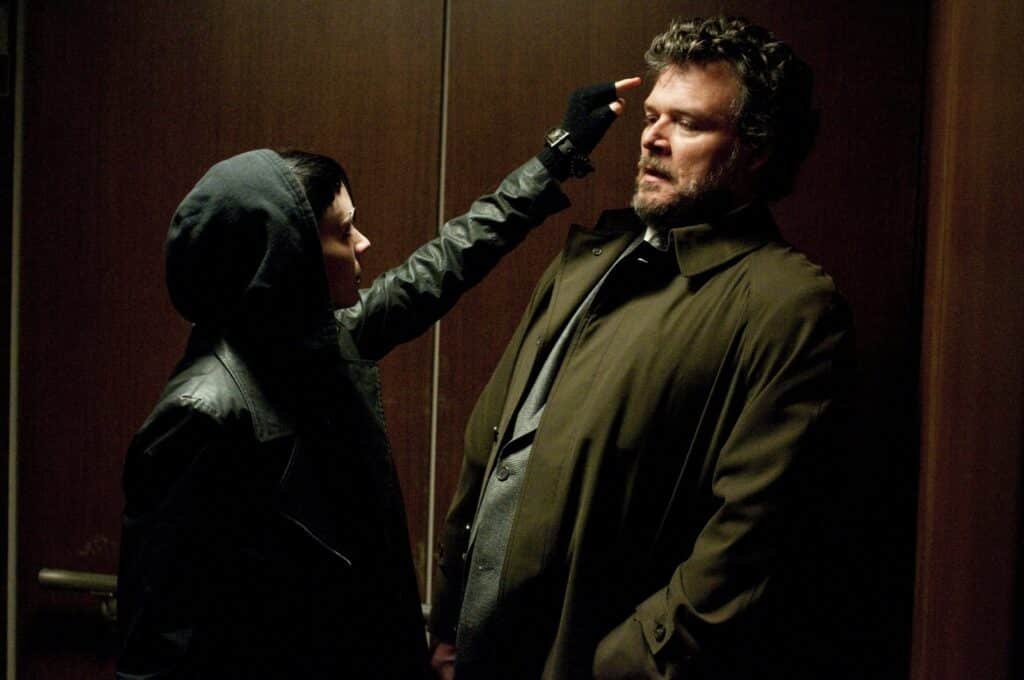 The Girl with the Dragon Tattoo

David Fincher has upgraded The Girl With the Dragon Tattoo: based on Stieg Larsson’s best-selling crime novel, this new English-language version is sleeker, smoother, and sexier than its Swedish predecessors as it’s a strong, tremendously confident film, which makes the savage violence all the more difficult to bear. This is among the best murder mystery movies on Netflix to binge this year for sure.

Share 0
In this article:Best Murder Mystery Movies on Netflix