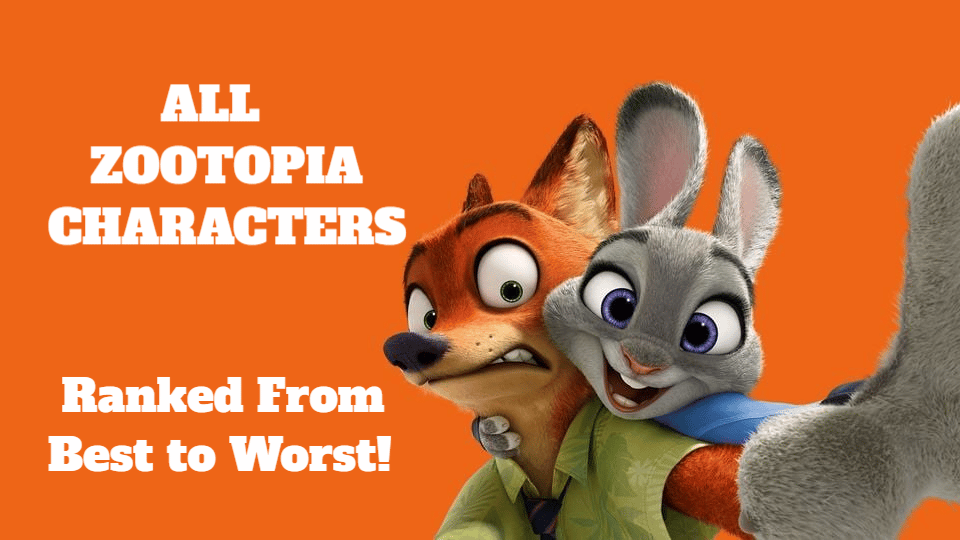 All Zootopİa Characters Ranked From Best to Worst

Do you think all animated characters have to be good? If so, you are wrong! Let’s examine the Zootopia characters and rank them best to worst!

The 2016 production Zootopia, which has many awards, is successful enough to enter the top 3 if someone tells us to list the animations you love. Its long-standing 8.0 score on IMDb is proof of that. Zootopia conveys many emotions to us through a metropolis where animals live in peace and order, and it opposes various class distinctions through animals. And yet, many tasks fall on the Zootopia characters! They have to show us both the good and the bad in them.

Let’s get to know the Zootopia characters closely and rank the concepts of good and bad that they have added to this awesome animation!

Also Read: 6 Movies Like Frozen – What To Watch Until Frozen 3? Of course, the Zootopia character Judy Hopps is the first and best of all! Perhaps she is one of the few characters who have suffered the most from evil and are still good.

Judy was born and raised on a farm and her parents and siblings still live on the farm. She did not want to be a farmer like her family and decided to go against tradition and become a police officer. Thereupon, the first rabbit in Zootopia became a cop. Cop Hopps is ambitious and hardworking, but she has faced many discriminations both during her training as a police officer and while doing her job. However, she has never been one of the bad Zootopia characters. Our number two among Zootopia characters is Nick Wilde! We know this will sound strange, so let’s explain why right away.

As we know, Nick is a fox, and he has a lot of cunning, a talent attributed to a fox. He has also defrauded many animals using his cunning and intelligence. Let’s remind, they met Judy Hopps during a scam. But above all, he rebels against the order that compels him to do so and labels the foxes as cunning. And he never treats our main character Judy badly, on the contrary, he is her biggest helper. 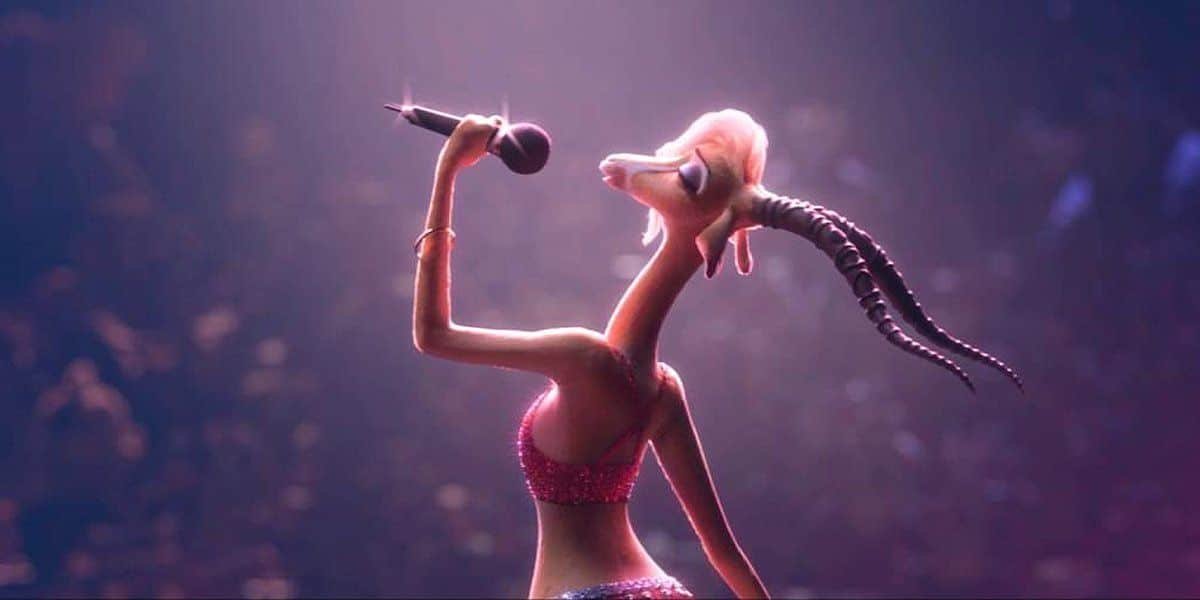 Gazelle, revived by Shakira‘s voice and enchanting us, is our next Zootopia character!

Gazelle, who both sings pop songs and defends the rights of mammals, has always been on the side of the good and always opposed the evil. Although she is known by everyone on Zootopia and has hundreds of fans, that hasn’t made her arrogant. On the contrary, she worked hard from the beginning to the end of the movie so that everyone could have fun and be happy! Besides, Gazelle is the only gazelle we see in the movie. Ah, we come to the cutest look of Zootopia characters. Dawn Bellwether is a female sheep and deputy to Mayor Lionhart.

Her personality includes things like shyness, being stressed out and always thinking about the good, so Dawn Bellwether is a character that was created to be totally supportive and helpful. However, beyond all this, she has been very influential in making Mayor Lionhart’s decisions and has played a big role in rasping his bad sides. She is confident from the very beginning that Judy Hopps will make a good cop and is one of her biggest supporters. Finnick is basically a Zootopia character with good but wrong friendships. Our hearts melt when we see him acting as a baby in an elephant costume at the opening of the movie. But he’s a small-sized fox, and while Nick Wilde is cheating, he’s the one who helps him make plans and engages in different characters. However, after Nick Wilde meets Judy Hopps, Finnick quits, just as he quits his fraud business. Our next Zootopia character, Priscilla, is one of the animals we laugh at the most in animation, sloths!

The reason it’s next on our list is because, no matter how much we laugh, we get a little annoyed with government employees who move slowly when our business is down. Priscilla works at the Department of Mammal Vehicles, and when Juddy and Nick go there to investigate a vehicle, Priscilla drives them crazy with her slowness. Still, it’s frustrating and fun at the same time! Officer Clawhauser is a Zootopia character that breaks existing stereotypes. He is a male cheetah, but not as fit as a normal cheetah is, but rather overweight as we can say obese!

Clawhauser works in the police department and generally takes care of paperwork. He’s a total Gazelle fan, fun, shy and happy character. Besides all this, the only bad thing is that he doesn’t get along well with Dawn Bellwether. Officer Clawhauser doesn’t like her decisions and orders given his position. Yes, we come to our last Zootopia character. We’ll have more bad things to say about Chief Bogo than good ones. Chief Bogo is the head of the police department and a huge buffalo.

Bogo, who is generally frowning, has come to the position he exists as a result of many years and efforts. And he has no intention of losing his title. For this reason, he wants all kinds of problems in Zootopia to be solved as soon as possible. The evil he did to Judy Hopps made us believe she was evil. Hopps, who is not taken into account by the public because he is a rabbit, is also criticized by Chief Bogo. Keeping Judy away from major lawsuits, Chief Bogo forces Judy to follow the parking lot in traffic on her first day of the job. However, towards the end of Zootopia, we see that Bogo gets rid of these prejudices and realizes how wrong he was. 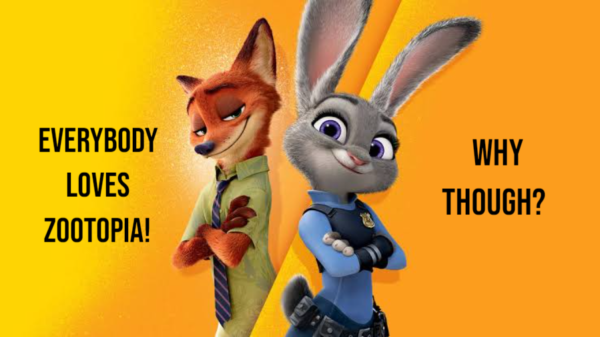 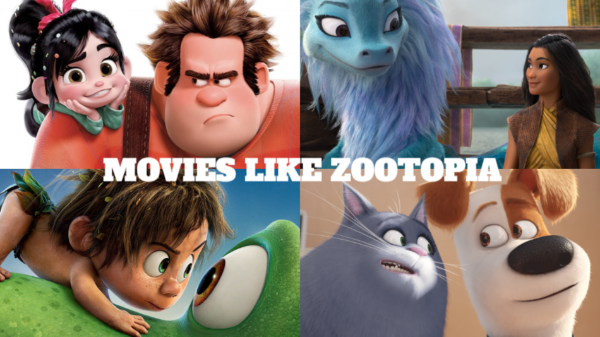 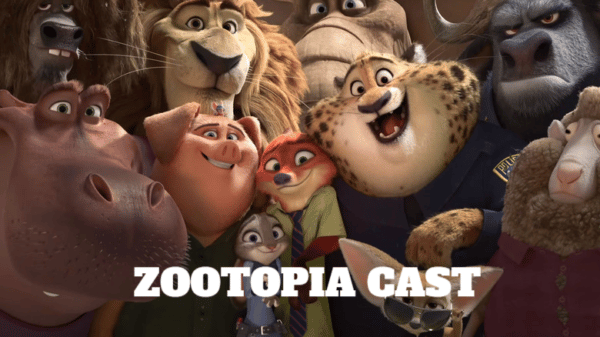