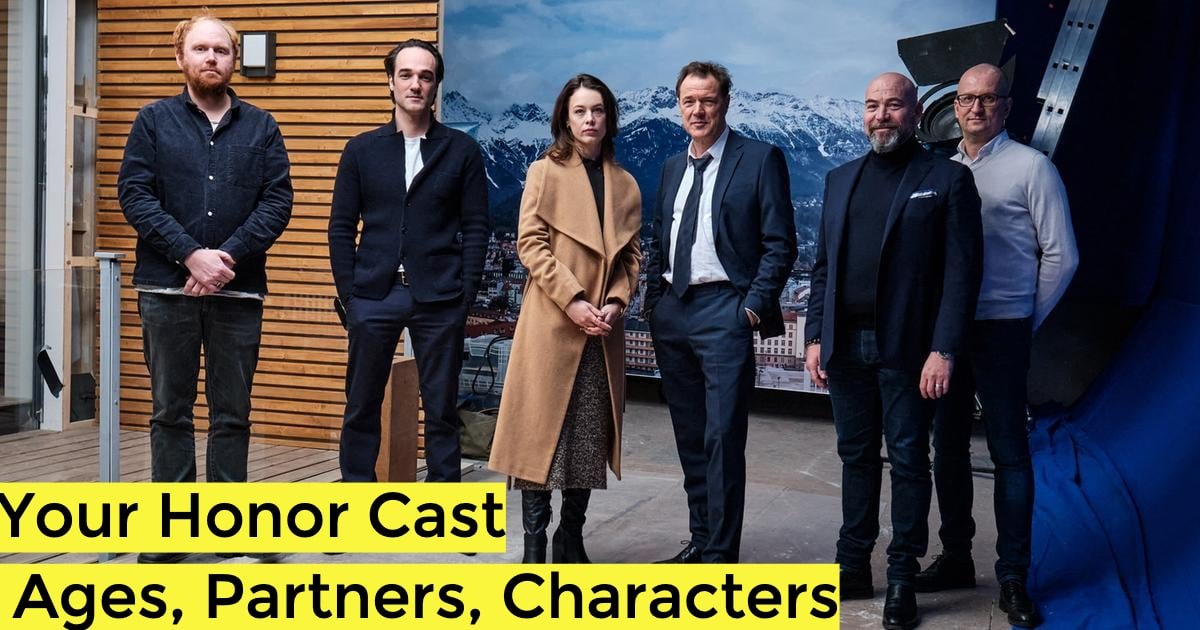 David Nawrath’s 2022 TV show Your Honor is a German-Austrian production. It tells the tale of an Innsbruck judge who resorts to unethical and illegal tactics to shield his teenage son from vigilante punishment by a gang that has threatened him with a hit-and-run as a result of a car accident. Paula Beer, Sebastian Koch, Tobias Moretti, and Ursula Strauss portray the lead roles. It was created by David Marian and David Nawrath and is based on the 2017 Israeli television series Kvodo.

Filming occurred from January 13 to April 13, 2021, in Tyrol, Vienna, and Lower Austria. Filming locations included the town hall of the municipality of Ternitz, where scenes at the higher regional court in Innsbruck were filmed, and the prison in Gerasdorf.

Let’s look at the series’ actors together because their names have been brought up frequently during the show’s filming.

German actor Sebastian Andreas Koch was born in Karlsruhe on May 31, 1962. Sebastian Koch was raised in Stuttgart by his mother, Margret Koch, who worked as the housekeeping manager of a children’s home on the Gänsheide, where he initially lived as a youngster.

Later, the relocation to Obertürkheim occurred. At the Wirtschaftsgymnasium in Stuttgart-Ost, Koch completed his Abitur. He claimed to have a “very Protestant, Methodist upbringing” in an interview. He initially intended to pursue a career in music, but the Stuttgart theater director Claus Peymann’s shows in the late 1970s persuaded him to pursue acting instead.

He performed in several plays, including Peer Gynt and Leonce in Leonce und Lena at the Schauspielhaus Darmstadt, the Roller in Die Räuber and Orestes in Iphigenie auf Tauris at the Schillertheater Berlin, and Lord Goring in Ein idealer Gatte at the Bochum Theater under the direction of Armin Holz. 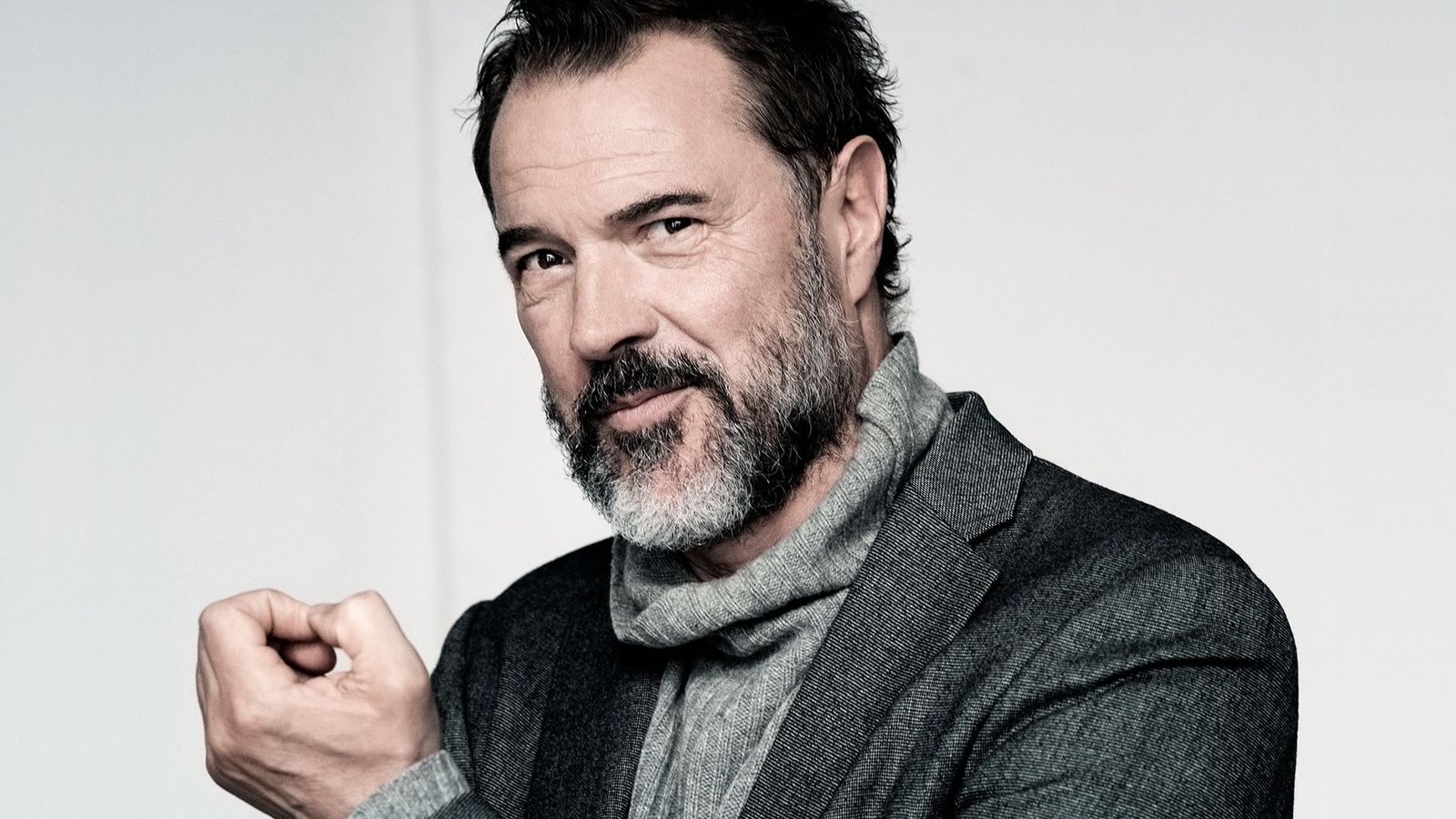 Austrian actor Tobias Moretti was born on July 11, 1959, in Gries am Brenner. His role in the television series Inspector Rex helped him gain worldwide recognition.

Tobias Moretti, the eldest of Harry Bloéb and Waltraud Untertriefallner’s four boys, was born in Gries, Tyrol, and raised in Vill, close to Innsbruck. Gregor Bloéb, his brother, is a performer as well. “I grew raised in a Jesuit atmosphere, with modern individuals of high morality who are there for others, with unwavering optimism and free from any unworldliness,” Tobias Moretti stated of his upbringing.

Tobias Moretti became known to a broad audience with the television crime series Inspector Rex, which he left after four and a half years. In 2005, Moretti played Adolf Hitler in Heinrich Breloer’s television docu-drama Speer und Er. In 2008 he played the “Black Knight” in the medieval comedy 1½ Knights alongside Til Schweiger, Rick Kavanian, Thomas Gottschalk, and other actors. 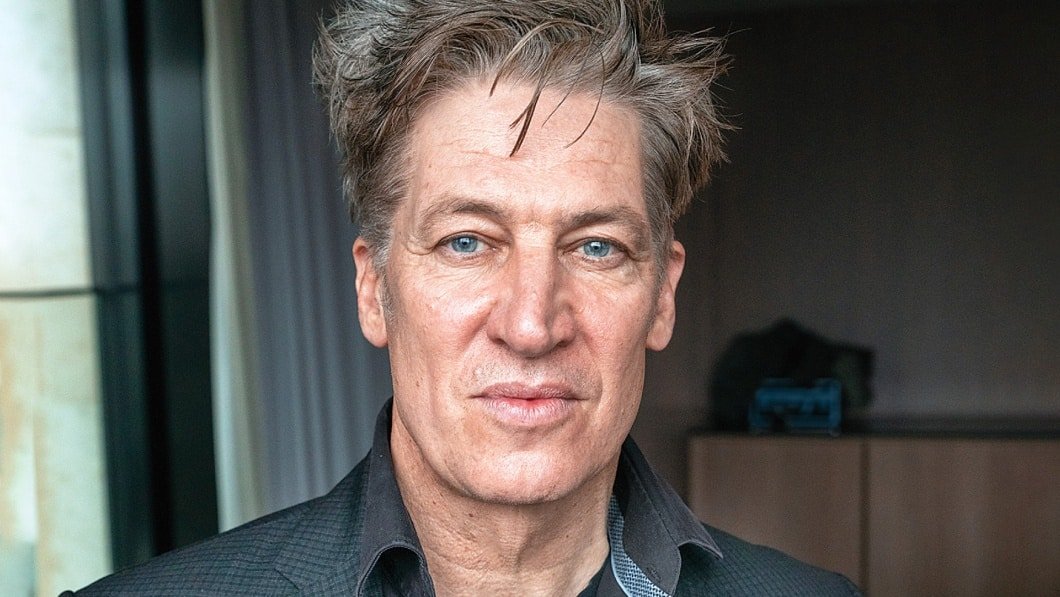 Ursula Strauss, born April 5, 1974, in Melk, Lower Austria, is an Austrian actress and singer. Ursula Strauss grew up in Pöchlarn in the Melk district, where her father was the mayor of the ÖVP. She attended the acting school at the Volkstheater from 1993 to 1996. In 2005, Moretti played Adolf Hitler in Heinrich Breloer’s television docu-drama Speer und Er.

In 2012 she won the Austrian Film Prize for her performance in Elisabeth Scharang’s feature film Maybe in Another Life. There is little information about her private life; the name of her spouse, whom she married in 2014, remains unknown to the public. 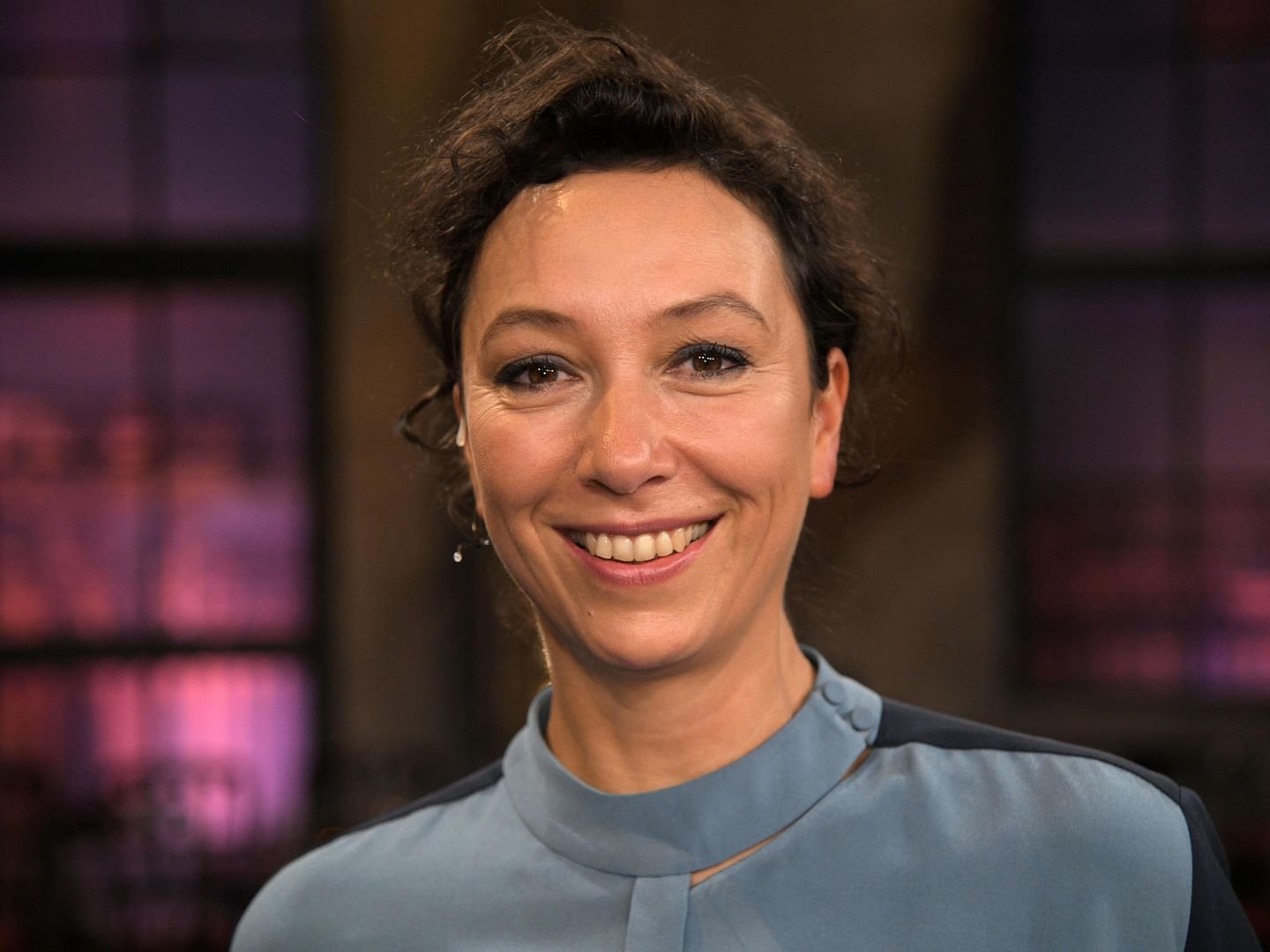 German actress Paula Beer was born on February 23, 1995, in Mainz. As a teenager, she initially gained notoriety in Germany because of her star turn in the movie Poll (2010). Frantz, received the Young Actor Award at the Venice Film Festival (2016). For her portrayal in Undine, she won the Silver Bear at the Berlinale and the European Film Prize in 2020.

Paula Beer, the sole child of an artist marriage, was raised in Mainz. She began acting when she was eight years old. She attended a Montessori institution after the family relocated to Berlin in 2007. From the age of twelve, she got other acting and dancing experience with the Berlin Friedrichstadtpalast’s young ensemble, of which she was a part for four years. Actress Lena Kalisch, born in Hanover in 1989, is German and Israeli. In JA, EH! Beisl, Bier und Bachmannpreis by Stefanie Sargnagel, directed by Christina Tscharyiski, and performed at the Rabenhof Theater in 2017; she co-starred with Miriam Fussenegger.

The play received a nomination for the 2017 Nestroy Theater Prize for Best Off-Production. She performed the roles of Rachel in Old Testament – From the Diary of Mankind and Amalia in Bernarda Alba’s House during the 2017–18 season at the Schauspielhaus Graz. She appeared in front of the camera in 2017 while the movie Cloudbreak’s fantastic voyage into a chick’s arms was filmed. 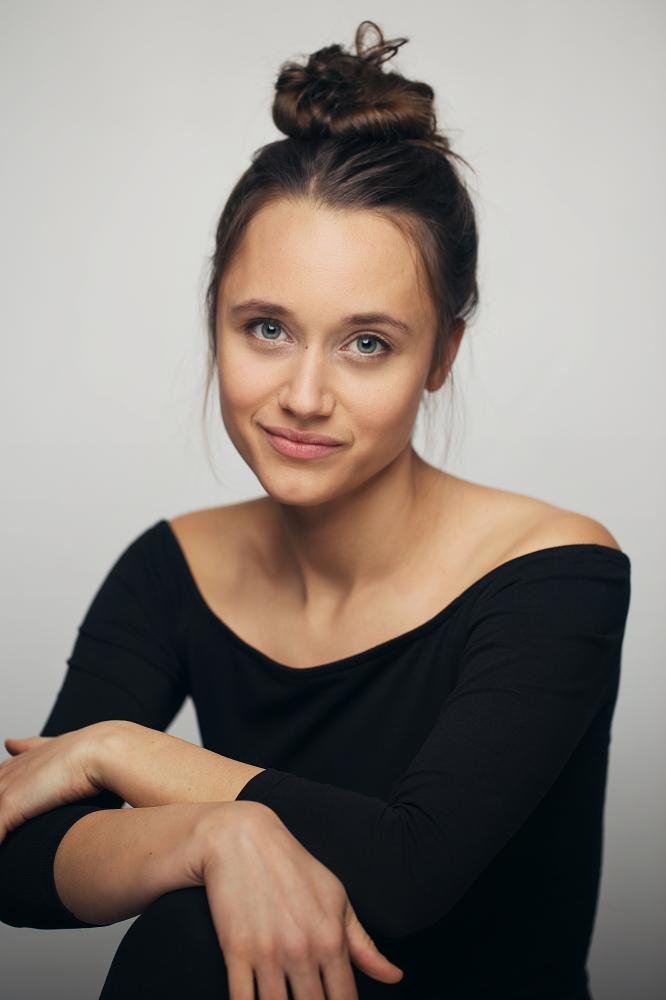 Since 2017, Taddeo Kufus, who was up speaking both German and French as his first languages, has been in front of the camera for film and television projects. At the Cours Florent in Paris in 2019, he took acting courses (Stage de théâtre au Cours Florent Paris). He made his television debut in the April 2018 ZDF premiere of Sherry Hormann’s sad comedy Wir Liebe das Leben. 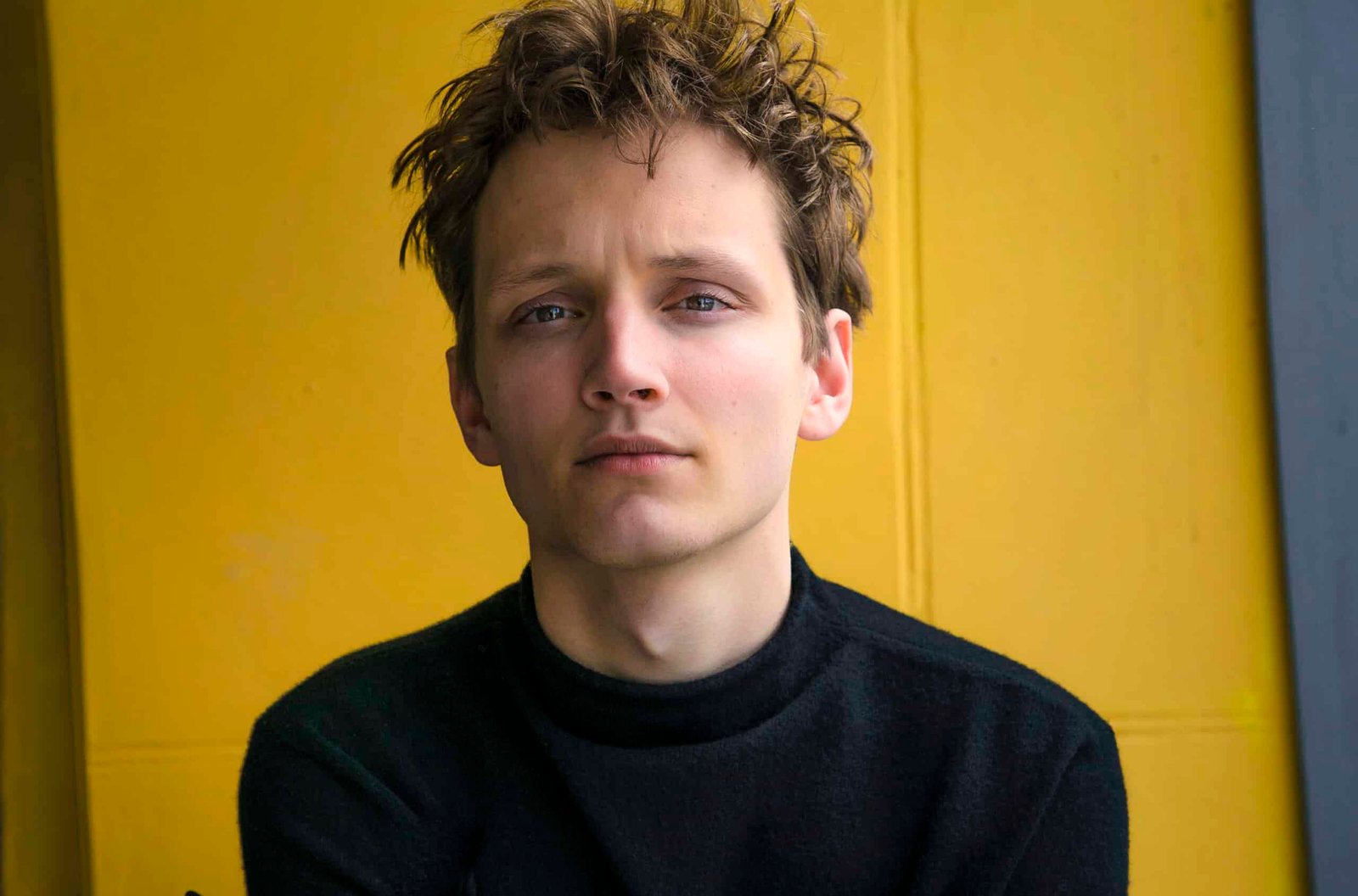