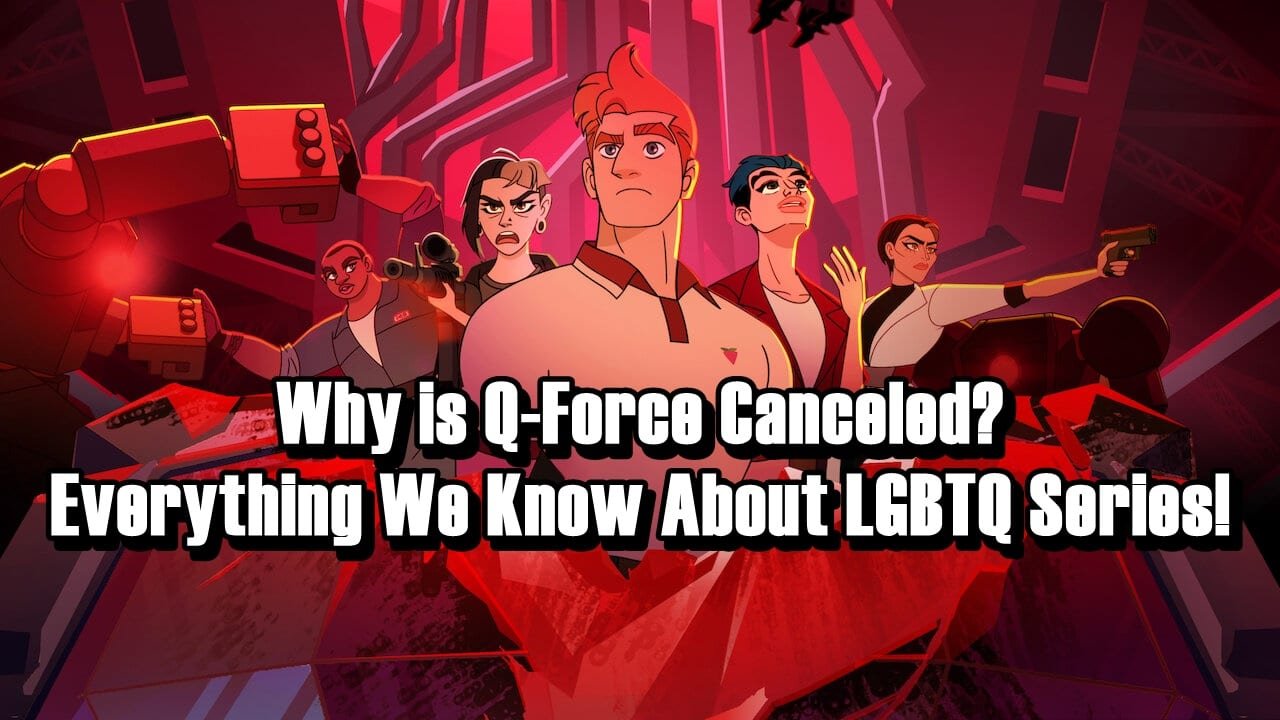 Why is Q-Force Canceled - Everything We Know About Netflix LGBTQ Series!

Netflix has a bad reputation for canceling series too soon, and Q-Force’s cancelation is among them. To name a few, there’s Altered Carbon, Chilling Adventures of Sabrina, Jupiter’s Legacy, Cowboy Bepop, and First Kill, and all of those series were canceled after only one or a few seasons. You’ve definitely had a few of your favorite Netflix series canceled: Netflix, on the other hand, clearly wants to stay on top, since it has canceled Q-Force after Season 1.

Q-Force debuted in September 2021, and it introduced viewers to Steve Maryweather, a well-liked member of the American Intelligence Agency until he revealed that he was gay. As a result, he was then sent to West Hollywood, and when left to his own ways, Steve gathered a group of LGBTQ+ geniuses with a variety of specialties to establish Q-Force. Steve was determined to prove everyone wrong with his team.

Gabe Liedman developed, wrote, and executive produced the show, Universal Television produced the show in collaboration with Hazy Mills. Q-Force’s 1st season is now available on Netflix, but why was the show canceled? Let’s find out. 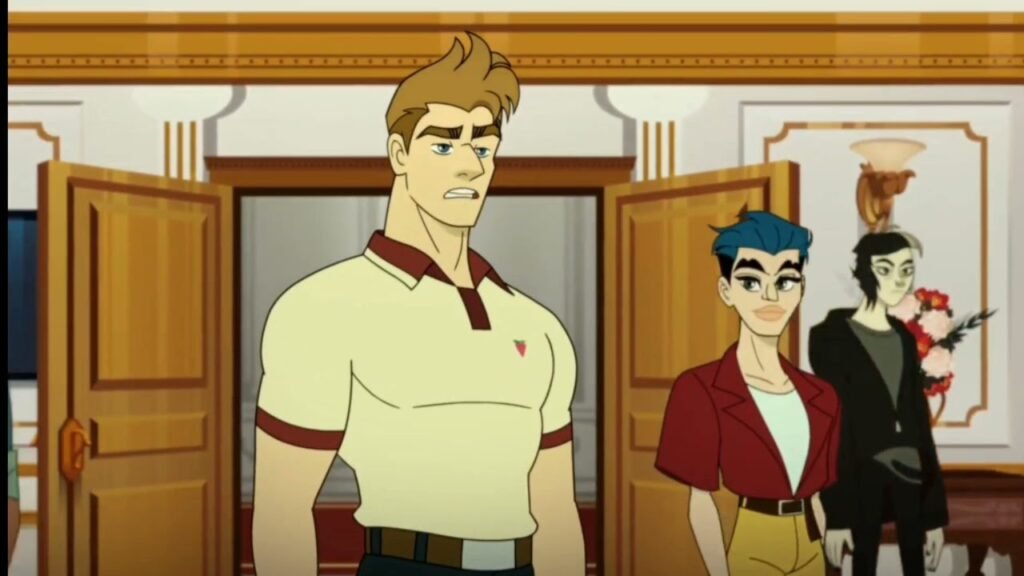 Another Netflix show has been axed and the adult animated comedy Q-Force will not be renewed: the announcement came only days after the streamer canceled the vampire show First Kill. When Matt Rogers guest presented an episode of a podcast, the cancellation was first reported, and he claimed the show was fantastic and it was great to be able to make someone happy. He claimed people that liked it really liked it, and the good news is that the show will always be available on Netflix.

While no information concerning the cancellation was provided, the show received mixed reviews, so Q-Force garnered some unfavorable reviews, with several critics claiming the show’s execution fell short. Others, on the other hand, praised the program for its gay portrayal. We think the reason for the cancelation is low viewership because of the negative criticism the show had in various movie and TV show databases.

Even though it seems impossible right now, Netflix might change its mind and decide to renew it for the 2nd season. You can watch the trailer of the 1st season down below while waiting for the 2nd.

What does Q-Force stand for?

This story is about Queer Force (Q-Force), an organization of undervalued LGBT superspies, so Q-Force stands for Queer Force. The show is centered on Steve Maryweather who is a gay secret agent who is similar to James Bond, as they struggle to prove themselves through some escapades. Mary decides one day to show himself to the American Intelligence Agency, resolve a case, and gain their approval. However, they must recruit a new member to their squad who is apparently a straight guy, which adds a twist to the story. Steve Maryweather, also known as Mary to his buddies, is the valedictorian of his espionage class as he is the fittest, sharpest secret agent graduating that year. When he uses his graduation speech to come out of the closet, he is promptly demoted. Unfortunately, he is sent to a small crew of misfits who work out of the back of his West Hollywood home and are never permitted out in the field as homophobia is pervasive in this world, and Mary and his companions are held back at every opportunity because they are homosexual.

It goes that way until they show to be outstanding spies and are trusted to break up an international uranium-dealing ring. There are hints of a world where grandparents watch RuPaul’s Drag Race, which was a lot of fun to watch. Every Netflix program includes at least one bi-curious character, but there is a sense that this was produced for a certain generation. 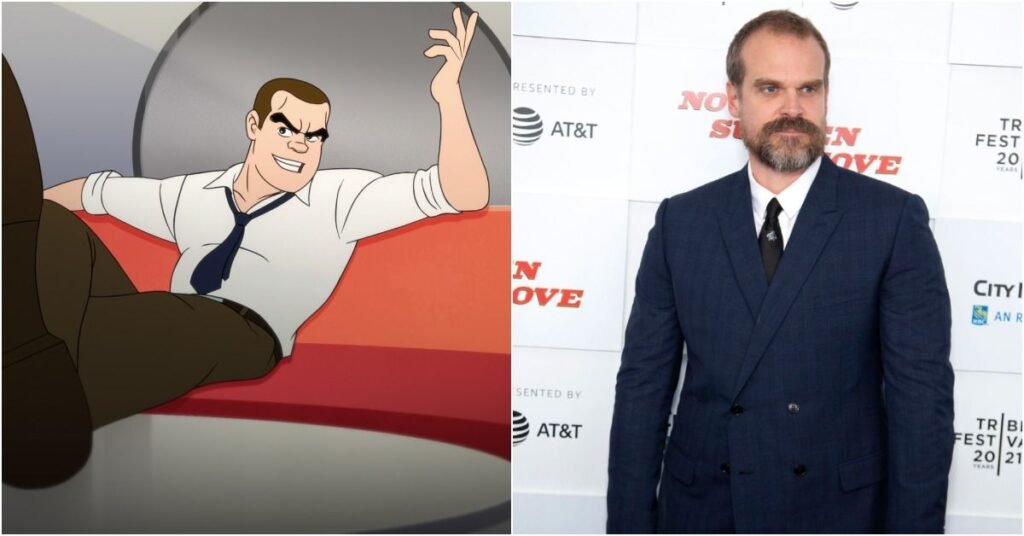 There may be snobbishness and antagonism toward mainstream gay culture, especially online as if all LGBTQ+ individuals are the same and there is only legitimate way to show queerness, but it doesn’t seem fair to criticize a cartoon about super spies rescuing the world from nuclear terrorism because they aren’t the correct type of gay, whatever that means.

But the show is not especially hilarious, which is the bigger issue behind its cancelation. The gags are obvious in the 1st few episodes, and it left the viewers thinking that animation and humor did not go well together. Trading stereotypes is a tried and true humorous method, but it requires additional layers, but it looks like Q-Force couldn’t achieve that.