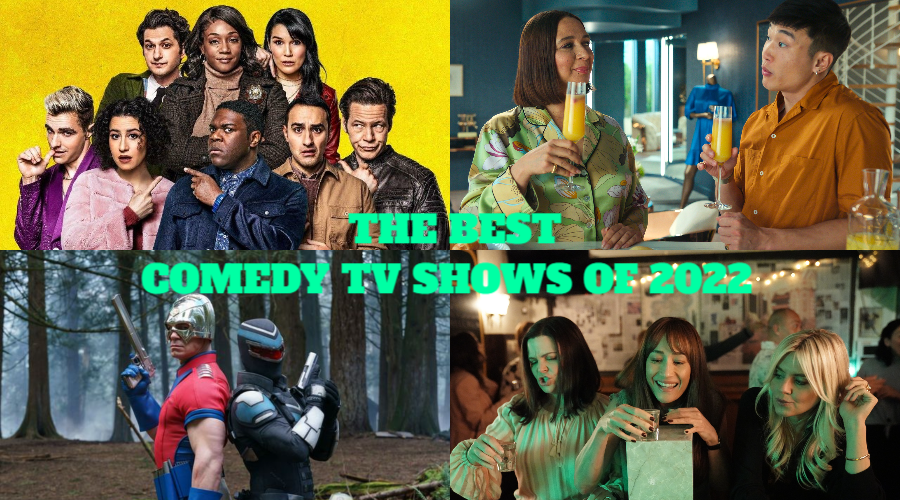 What Were the Best Comedy TV Shows of 2022

Let’s meet the best comedy TV shows of 2022, and if there are any of them we haven’t watched yet, make up for our mistake before the year ends!

Laughing is the most appropriate form of expression for our species! Besides, no living thing other than humans really responds to laughter, theirs is just a facial expression. Throughout history, we have pursued everything that can make us happy, because we are programmed for it. Comedy productions have been our biggest favorite since ancient Greek times.

We hope you laughed more than ever in 2022 and the members of our list of the best comedy TV shows of 2022 contributed to that! 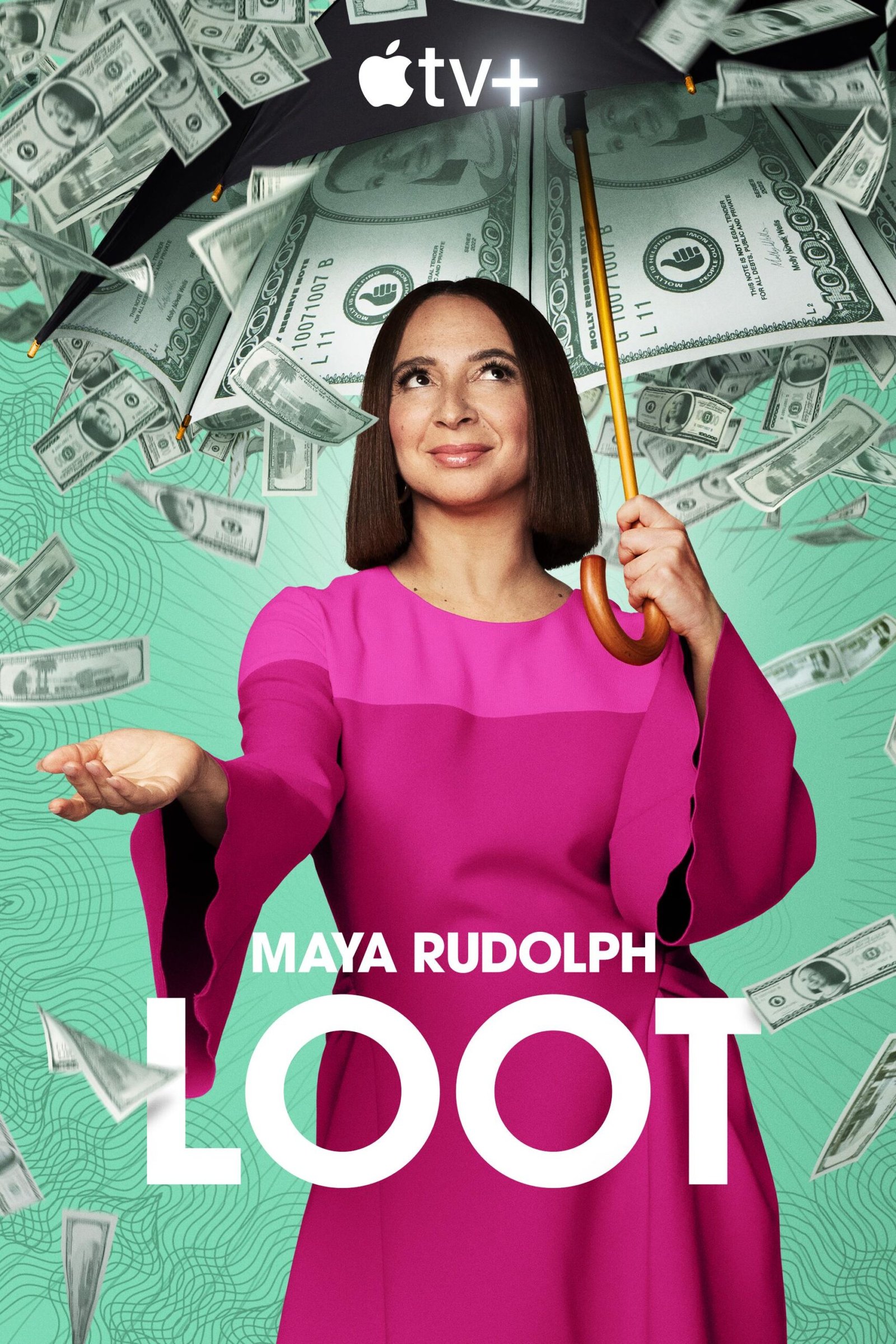 The first member of our the best comedy TV shows of 2022, Loot first released on June 24, 2022. Molly Novak, our main character in the series, is a billionaire and emotionally thinks she has a life that makes her happy. However, her life is turned upside down when she finds out that her husband, whom she has been married to for 20 years, is cheating on. Now, she has money, but after what she’s been through, he is not happy even an ounce. Until she meets a charity that improves people’s lives.

Loot, which has a score of 6.7 on IMDb, has 1 season with a total of 10 episodes. Since each episode is 25 minutes, you can easily watch the entire series in one day. The creators of the production are Matt Hubbard and Alan Yang. The cast of Loot, who managed to make us laugh, includes names such as Maya Rudloph, MJ Rodriguez, Joel Kim Booster and Ron Funches. 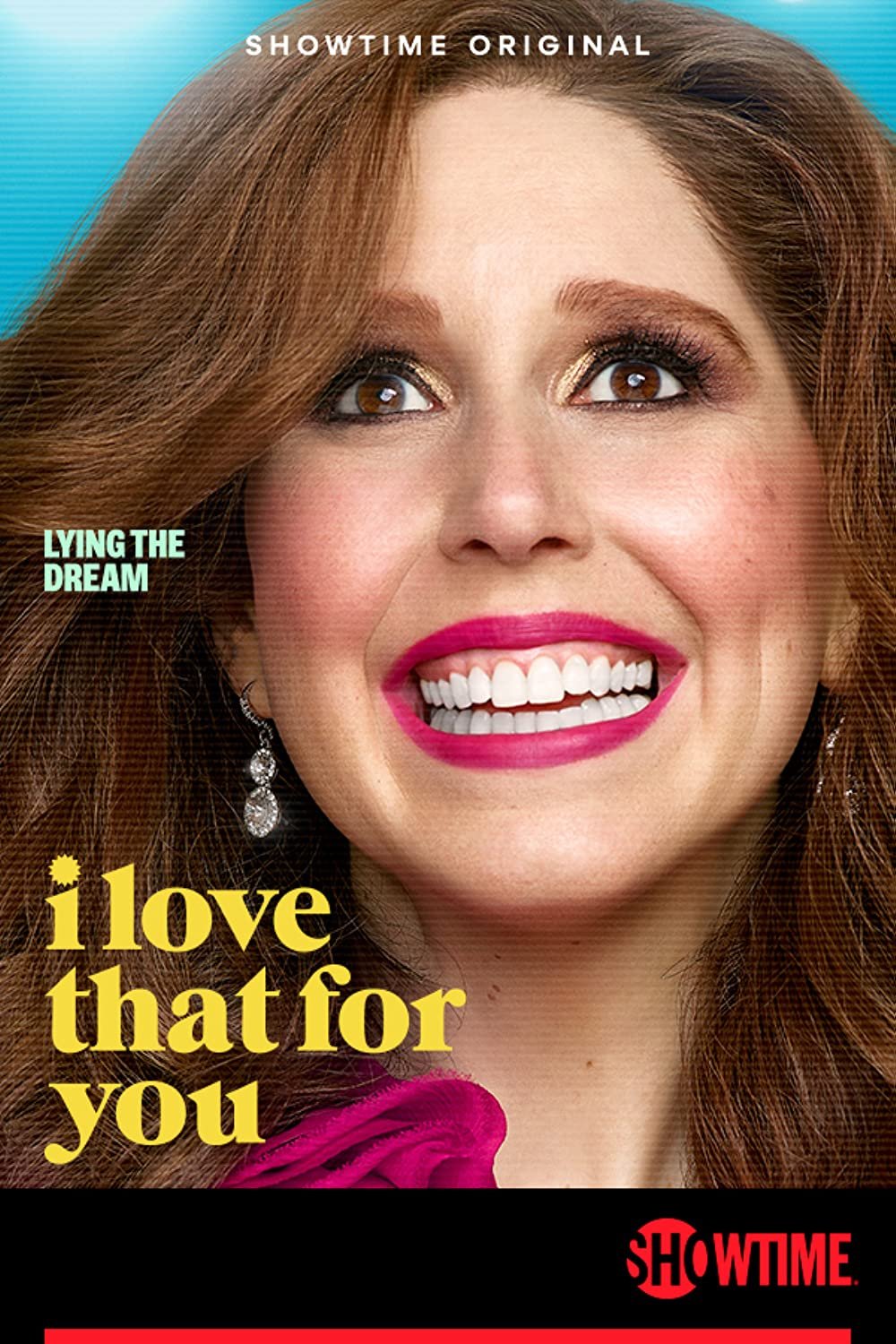 I Love That for You

The second member of our the best comedy TV shows of 2022, I Love That for You joined our lives on May 2, 2022. Our main character, Joanna Gold, has leukemia and her dream is to become the presenter of a famous channel. However, her family does not even allow her to leave the house alone due to her illness, so she runs away and establishes a life away from her family. This life brought her both love and enabled her to take the first step towards the job she wanted. But a small lie she tells to her boss, Patricia, soon grows and she’s in big trouble.

I Love That for You, which has a score of 7.3 on IMDb, has 1 season consisting of 8 episodes in total. Each episode is 25 minutes long, and the creator of the production is Vanessa Bayer, who also plays the main character, Joanna. Other names in the cast of I Love That for You are Molly Shannon, Paul James, Ayden Mayeri and Matt Rogers. 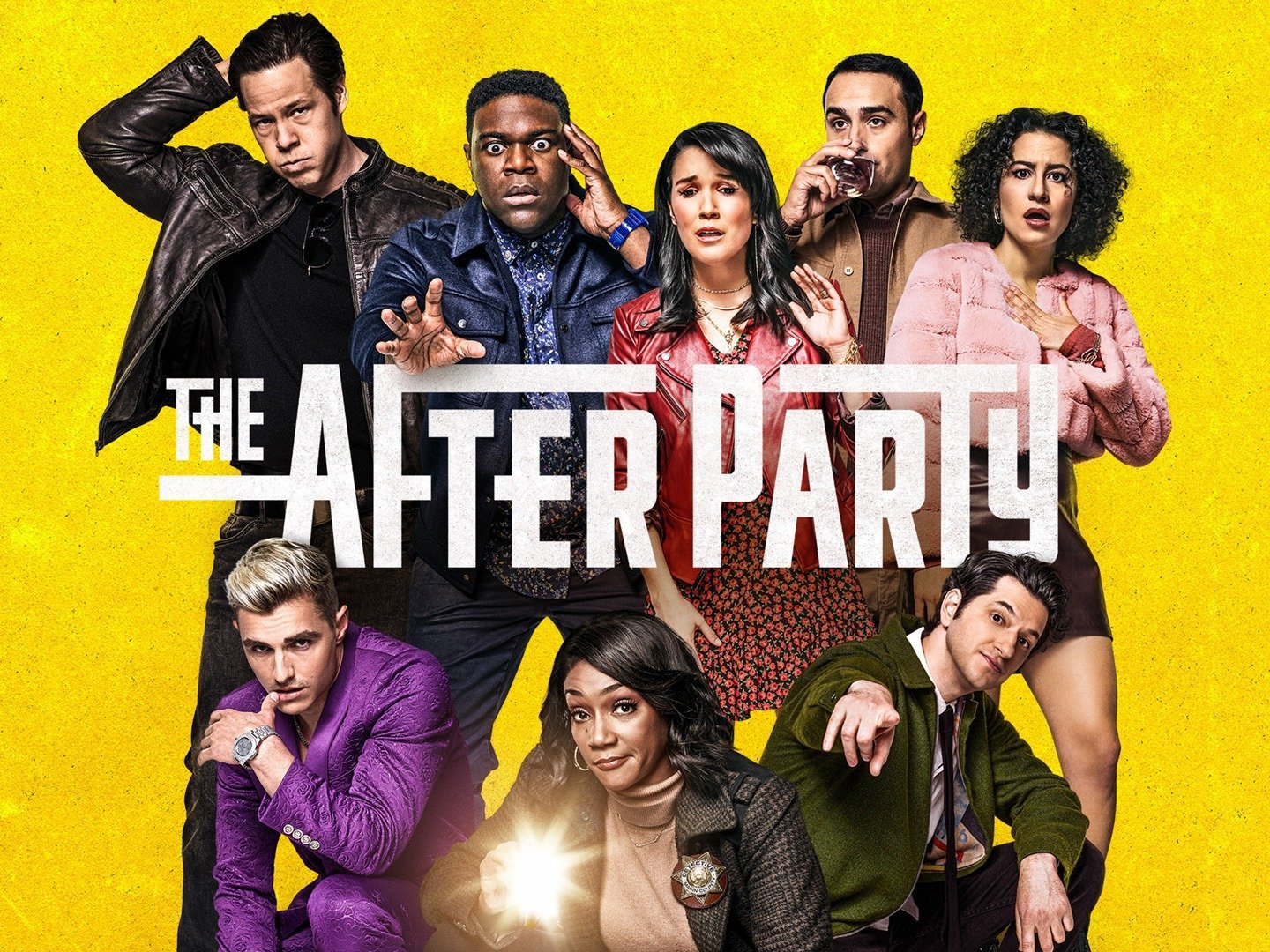 The Afterparty, which is definitely a member of the best comedy TV shows of 2022 list with its great entertainment, joined our lives on 28 January 2022. In the series, our main characters, Detective Danner and his partner Culp, are faced with a case they have never seen before. At a high school graduation ball, one of the students was killed in an unsolved murder. While the investigation continues in an effort to find the murderer, we are watching the events through the eyes of each party member. This is the biggest example of how a crime story can be so funny.

The Afterparty, which has a score of 7.2 on IMDb, has 1 season with a total of 18 episodes. The creator of the production, which lasts 35 minutes in each episode, is Christopher Miller. The Afterparty cast includes Ken Jeong, Tiffany Haddish, Sam Richardson, Zoe Chao and Ike Barinholtz. 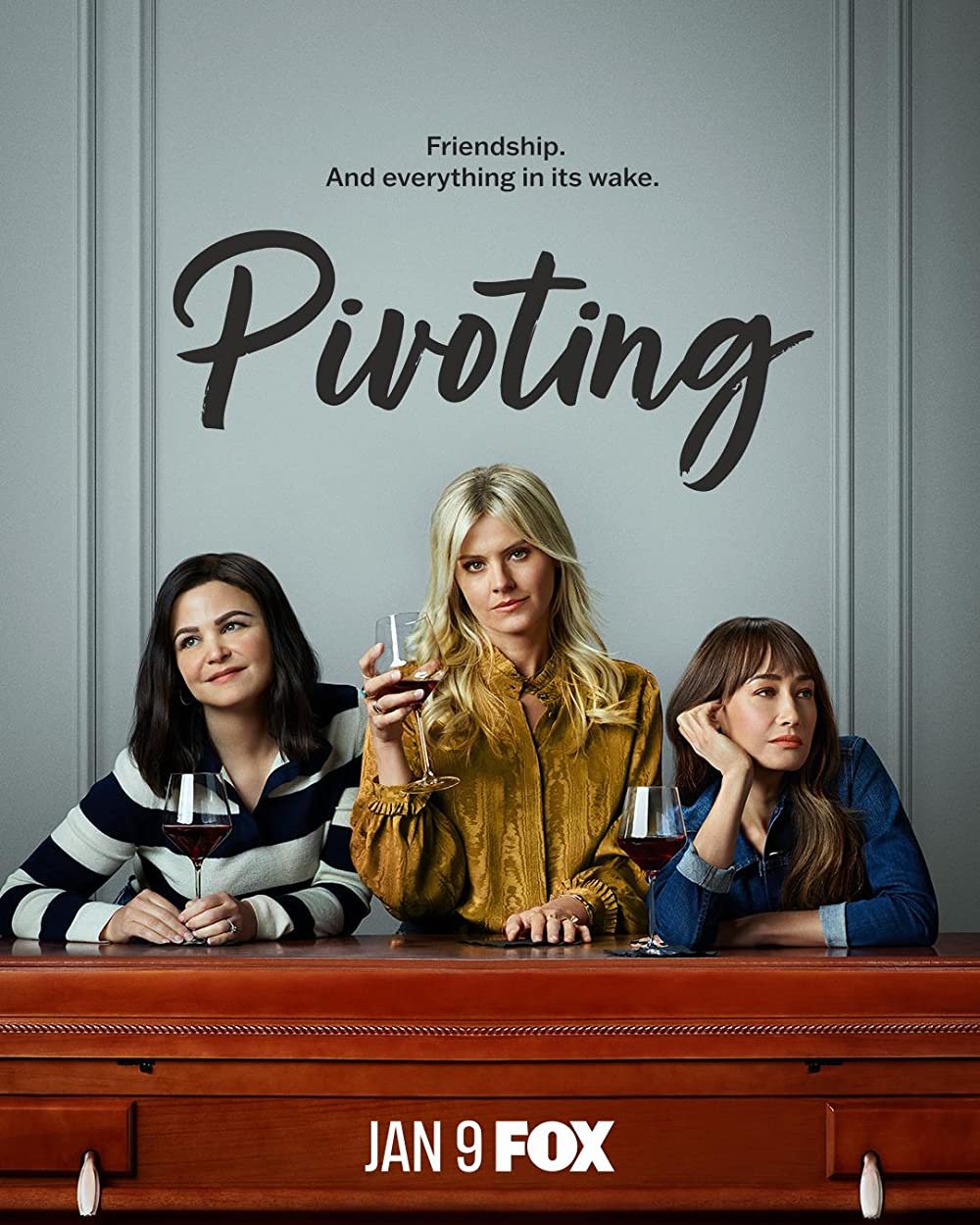 Another member of our the best comedy TV shows of 2022, Pivoting first released on 9 January, 2022. In the series, 4 female friends have spent their lives together since childhood. The sudden death of one of them at a young age shakes them deeply and they realize once again how short life is. The remaining three will now make new plans to seize life and live in the moment.

Pivoting, which has a score of 6.8 on IMDb, is a production that makes us laugh and raise awareness with its 10-episode season. Each episode of the production, created by Liz Astrof, lasts 23 minutes. The promising Pivoting cast includes Eliza Coupe, Ginnifer Goodwin, Maggie Q and Tommy Dewey. 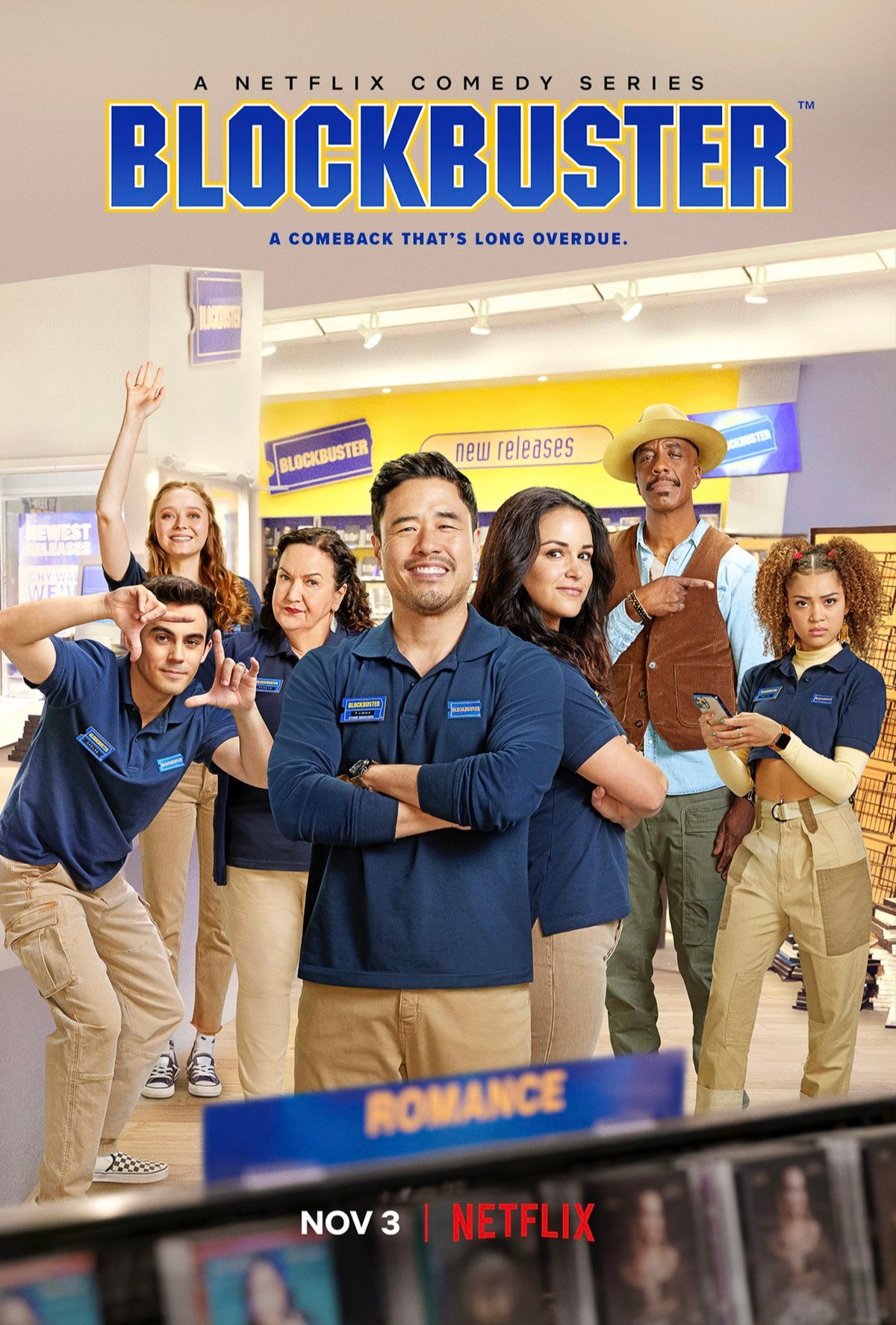 The list of the best comedy TV shows of 2022 would be a bit of an incomplete list without Blockbuster, frankly. In the production, which joined our lives on 3 November 2022, we watch a comedy adapted from real life, blended with determination. As we approach the end of the life of cassettes and DVDs, DVD rental company Blockbuster has closed its branches in many parts of America, except for one. Timmy, the loyal manager of this branch, tries to survive with the support of his employees. Sometimes sad and sometimes funny moments also welcome us.

Blockbuster, which has a season of 10 episodes in total, was loved by some circles, while it was not liked at all by some circles. You must have understood that we loved it from the way we included it on our the best comedy TV shows of 2022 list. We think the creator of the production, Vanessa Rumos, did a great job. Randall Park, Melissa Fumaro, Olga Merediz and Taylar Alvarez are in the cast of Blockbuster, whom are we know from many different successful productions. The last one of the best comedy TV shows of 2022, Peacemaker tells us 5 months after the movie The Suicide Squad. Christopher Smith, nicknamed the Peacemaker, was raised by a military father. For this reason, he is a hero who thinks very logically and lacks emotions. His intention is correct, yes, he set out to ensure world peace. What about the method? How right is it to turn a blind eye to the death of innocent people and ignore it in order to maintain peace in the world?

Peacemaker has a rating of 8.3 on IMDb and has received many accolades since January 13, 2022. It has been definitively announced that the production, which has 8 episodes and 1 season, will continue. The cast of the production, which was created by James Gunn, includes names such as John Cena, Danielle Brooks, Freddie Stroma and Jennifer Holland.