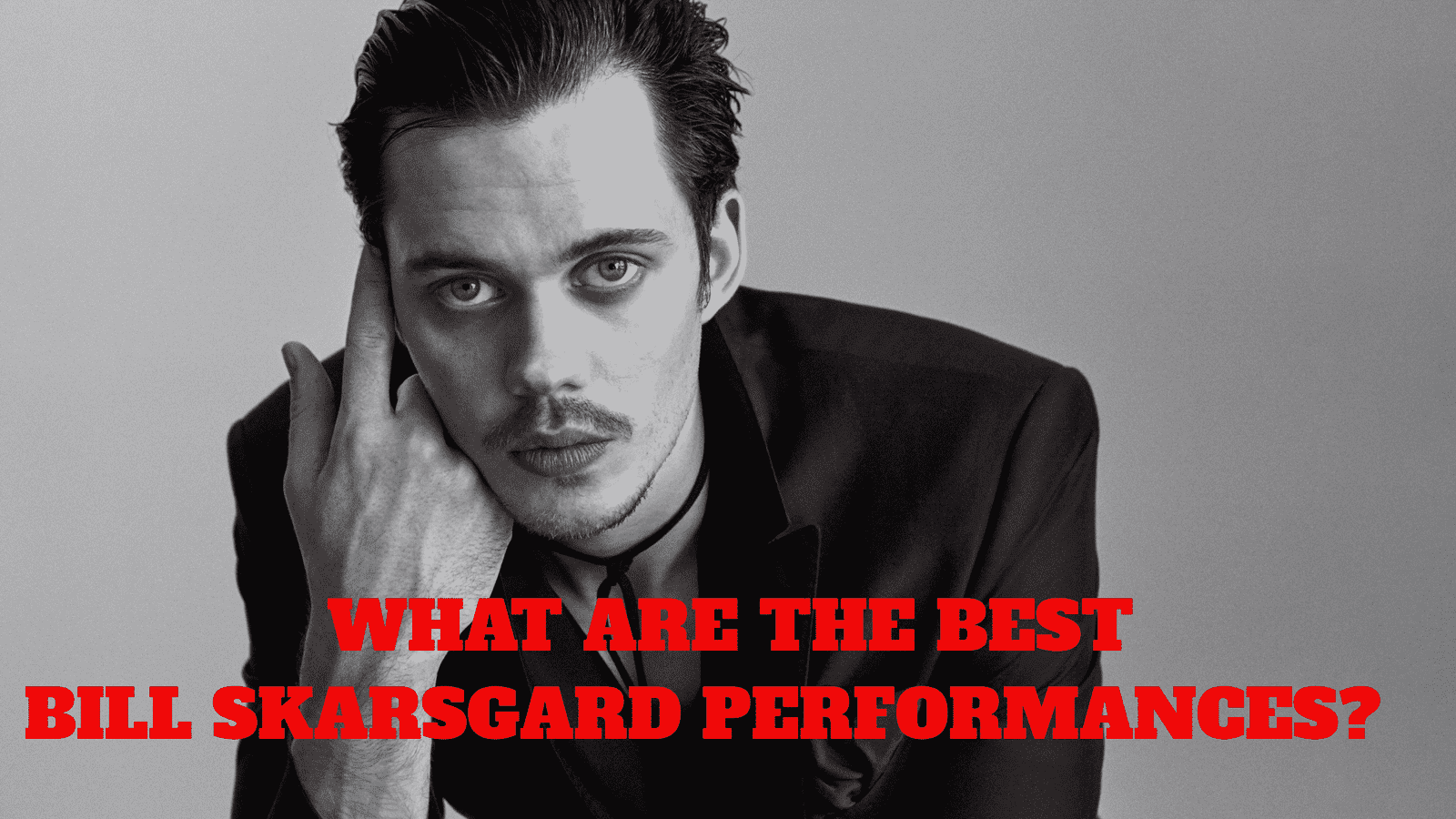 One of the handsome members of the Swedish Skarsgård family, Bill Skarsgård, is a personality that has been on the agenda lately. It can certainly be said that the characters he plays would be incomplete without Bill Skarsgård performances. We can attribute this to the fact that Skarsgård has been acting since he was 10 years old, in addition, he comes from a family with a lot of actors. He was even able to take part in the same productions with his family members, and it seems that we will see this 31-years-old actor in more productions.

Without further ado, we’ve compiled for you the best Bill Skarsgård performances we’ve seen so far and are appreciated by many. Let’s examine them! 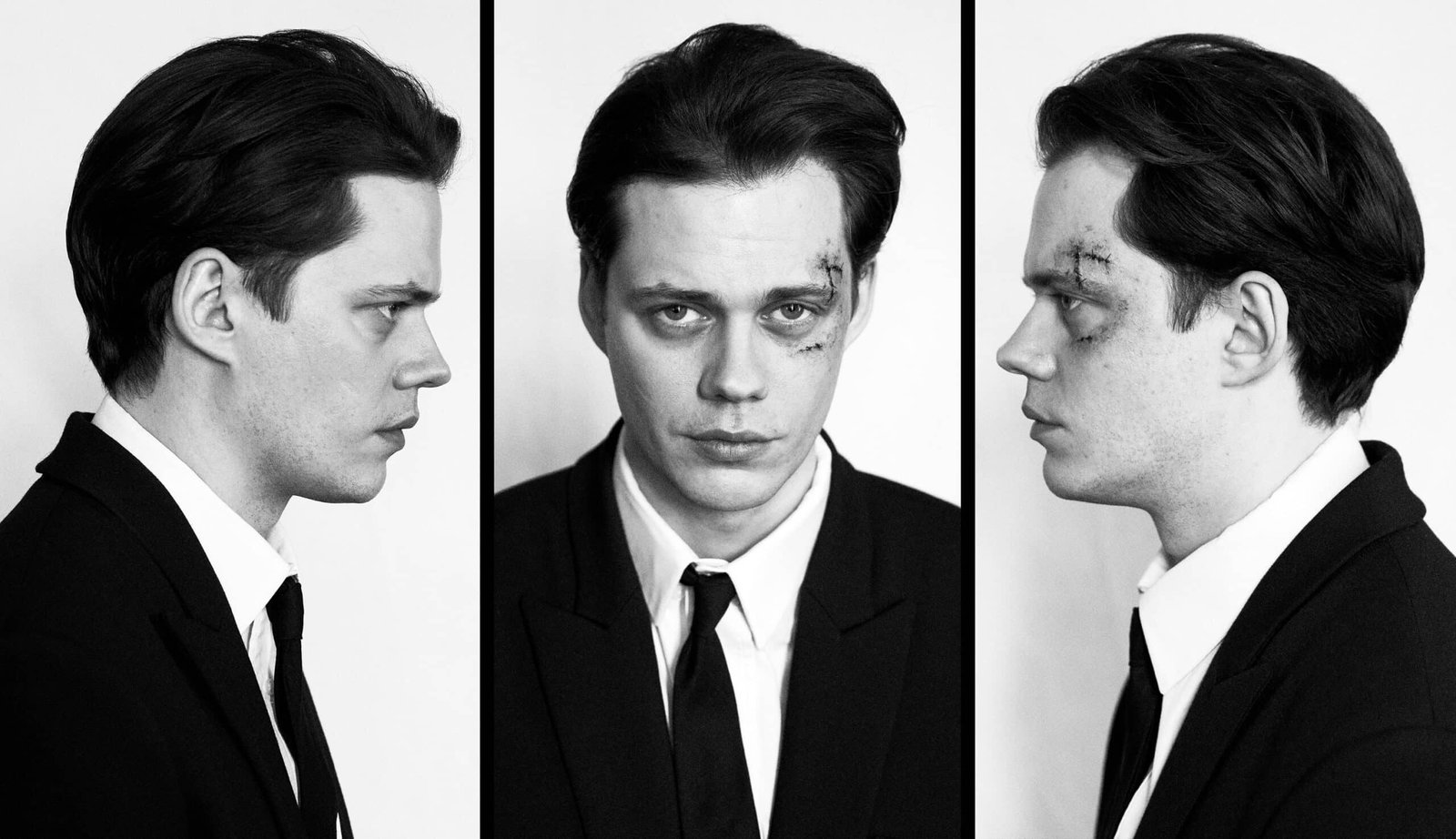 Clark tells the story of bank robber Clark Olofsson, who gave rise to the concept of Stockholm syndrome. It is a Swedish production and Netflix original content that premiered on May 5, 2022. The series was shot in the Vilnius region of Lithuania and is in the genre of action, crime, and comedy. The 1st season of the series consists of 6 episodes in total and its IMDb rating is 7.5.

Bill Skarsgård plays the lead character of the Clark cast, Clark Olofsson. His character suffers from traumatic and profuse heartbreak as he has been accused of multiple drug trafficking, attempted homicide, theft, and dozens of bank robberies and has spent more than half his life behind bars. Skarsgård pulls off this challenging character with his great performance. IT is a 2017 American supernatural horror film based on Stephen King’s 1986 novel of the same name. The 135-minute movie has an IMDb rating of 7.3. IT is about 7 friends living in a small town in Maine, who are an outcast group in their school. While the friends are dealing with the problems of life and puberty on the one hand, they are faced with another unexpected trouble. Pennywise, who can take shape according to her victims’ fears, begins to terrorize these 7 children in the guise of a frightening clown.

The clown Pennywise, who is a disaster for children, is Bill Skarsgård himself! Skarsgård has worked hard on how the physicality of the character will affect the performance. He trained with a movement coach, worked on animals, and even incorporated some of his younger brother’s moves into his performance as a child. Bill Skarsgård performance was so talented that even the kids cried when they saw him walking down the street of the set. 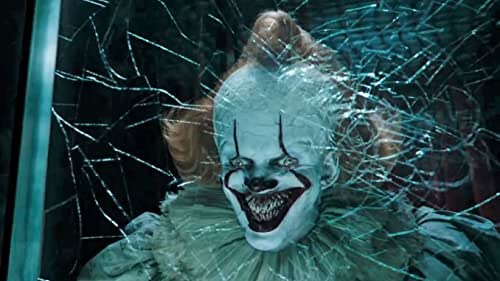 IT: Chapter Two is the sequel to the movie IT. THE IMDb score of the 2-hour 49-minute movie made in 2019 is 6.5. Due to the return of the evil clown Pennywise, 27 years after the first movie; our heroes return to town as they promised as children. The team that came together after 27 years, will have difficulty getting to know each other because each character has changed a lot. Old friends who live completely different lives will learn to fight together again.

Bill, who did not lose anything from his wonderful Pennywise performance in the first movie, also started having nightmares while this movie was being shot. While we were afraid of Bill Skarsgård performance, he was afraid of himself! 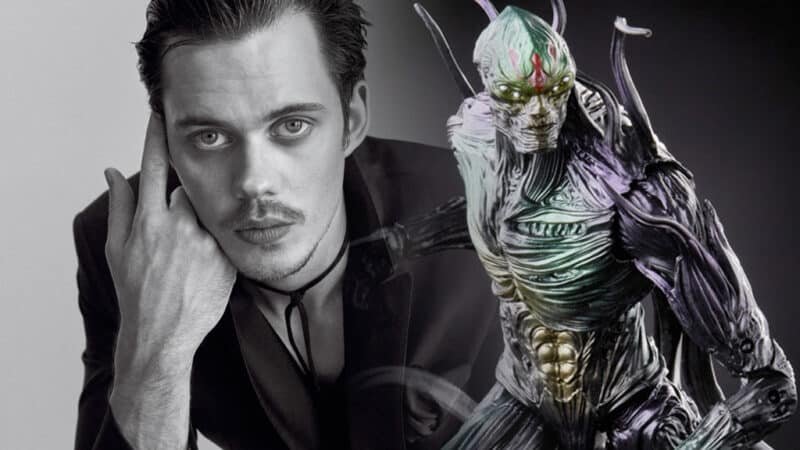 Eternals (2021) tells the story of the ancient and extraordinary Eternals, who have contributed to the protection and development of humanity throughout history. Spanning thousands of years, the epic tale follows a group of undead heroes who are pulled from the shadows to regroup against humanity’s oldest foe, The Deviants. The IMDb score of this 2 hours and 36 minutes movie is 6.4.

Bill Skarsgård dances around while acting as Kro, a character who continues to be shown onscreen using CGI. Although there are many other dominant roles in the movie, Bill Skarsgård performance still steals our hearts with his sweetness.

5. The Devil All The Time 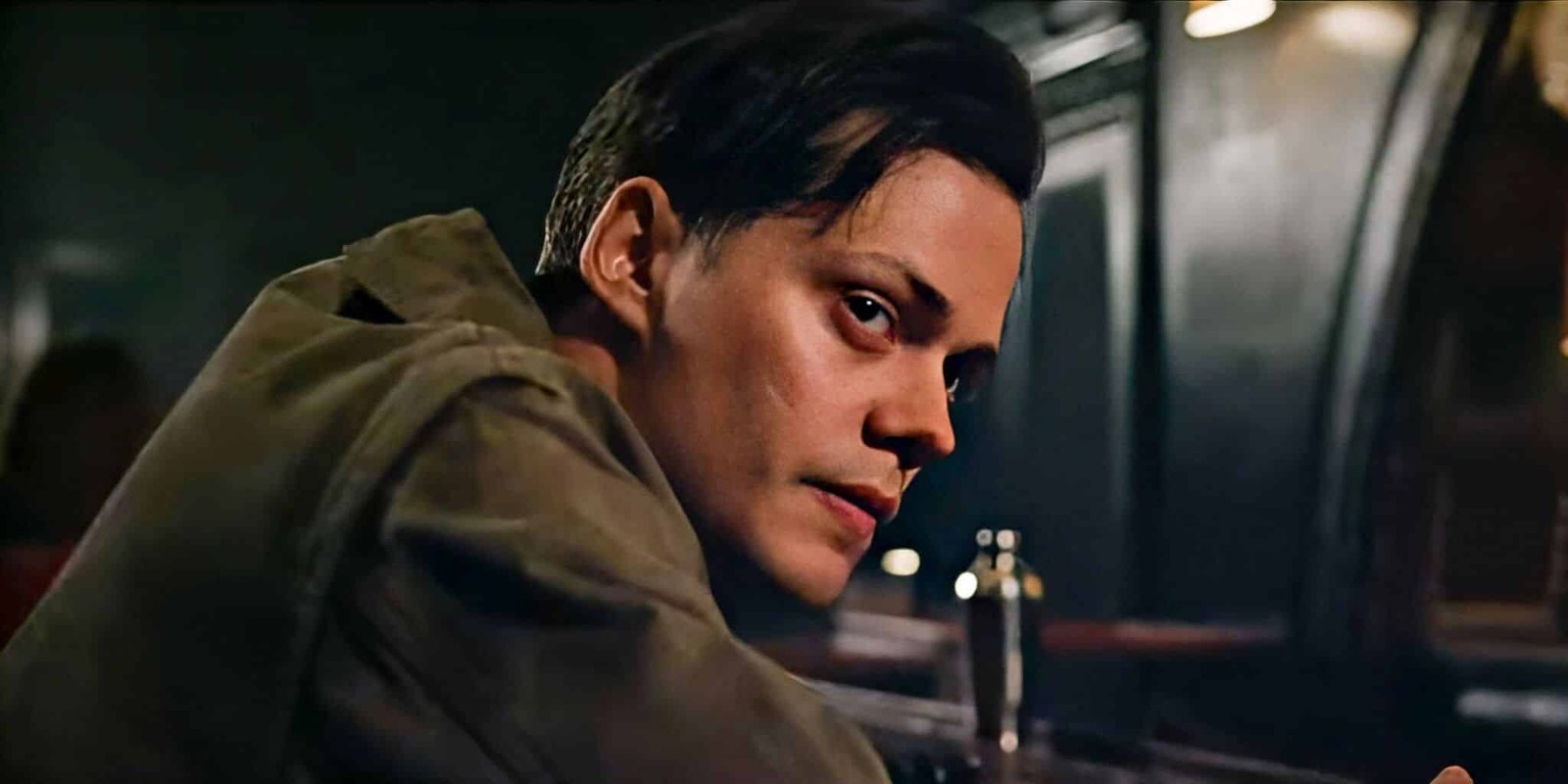 The Devil All The Time, a 2020 detective, drama, thriller-themed movie, recently released by Netflix, is an adaptation of Donald Ray Pollock’s novel of the same name. The IMDb score of the 2 hours and 18 minutes movie is 7.1. The Devil All The Time is about a group of people who have to come together after the Second World War.

Bill Skarsgård plays Willard Russell, a sailor who served from the Solomon Islands to West Virginia. He is Arvin’s father, Charlotte’s husband, and Emma’s son. While fighting in the war, Willard entered the Solomon Islands in the South Pacific. However, on his way inside, he saw his comrade hanging from a cross, which led Willard to discover that he had been brutally crucified by Japanese forces. He looked at the chain in his hand to find out who it was, and it turned out to be Miller Jones. Suddenly, Miller awoke, and Willard was surprised that he was still alive. Willard is ordered to give Miller a mercy kill. Bill Skarsgård performance reflects this tension to us very well. There is no one who does not know Deadpool 2, the sequel to Deadpool, the 2018 action, adventure, and comedy movie. Just as Deadpool has his whole life in order after the previous movie, he begins to be disturbed by Cable, who can travel through time. Deadpool is forced to form his own team to stop Cable, which will endanger many people’s lives. The IMDb score of this beautiful movie, which lasts for 2 hours, is 7.7.

Bill Skarsgård also appears in this movie as the Zeitgeist in a group of mutant warriors called X-Force. His mutant ability allows him to spit out acidic bile. Bill Skarsgård performance dazzles us when he adds his comic character to Deadpool’s comedy. 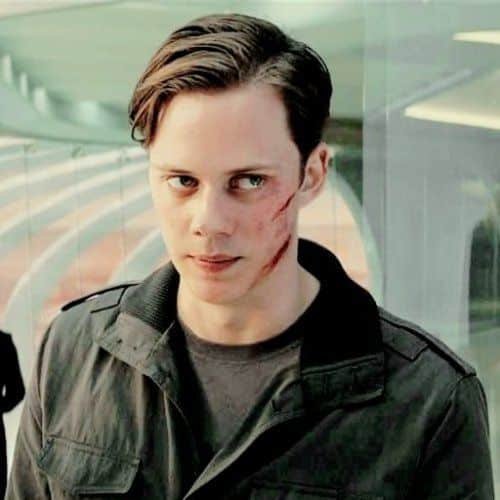 Adapted from Veronica Roth’s novel of the same name, The Divergent became one of the productions that made a huge impact, both as a book and a movie series. The Divergent, tells a dystopian world where everyone living is divided into five according to their own characteristics. Realizing that she doesn’t fit in all five places, Tris Prior has to escape and jump into a tough fight for her life. The 2016 action, adventure, and mystery movie lasts 2 hours.

Bill Skarsgård played Matthew, who works at the Genetic Welfare Bureau, in the 3rd movie in the series, Allegiant. Matthew was one of Tris’ friends who helped prevent the Bureau from using the Memory Serum in their experiments. 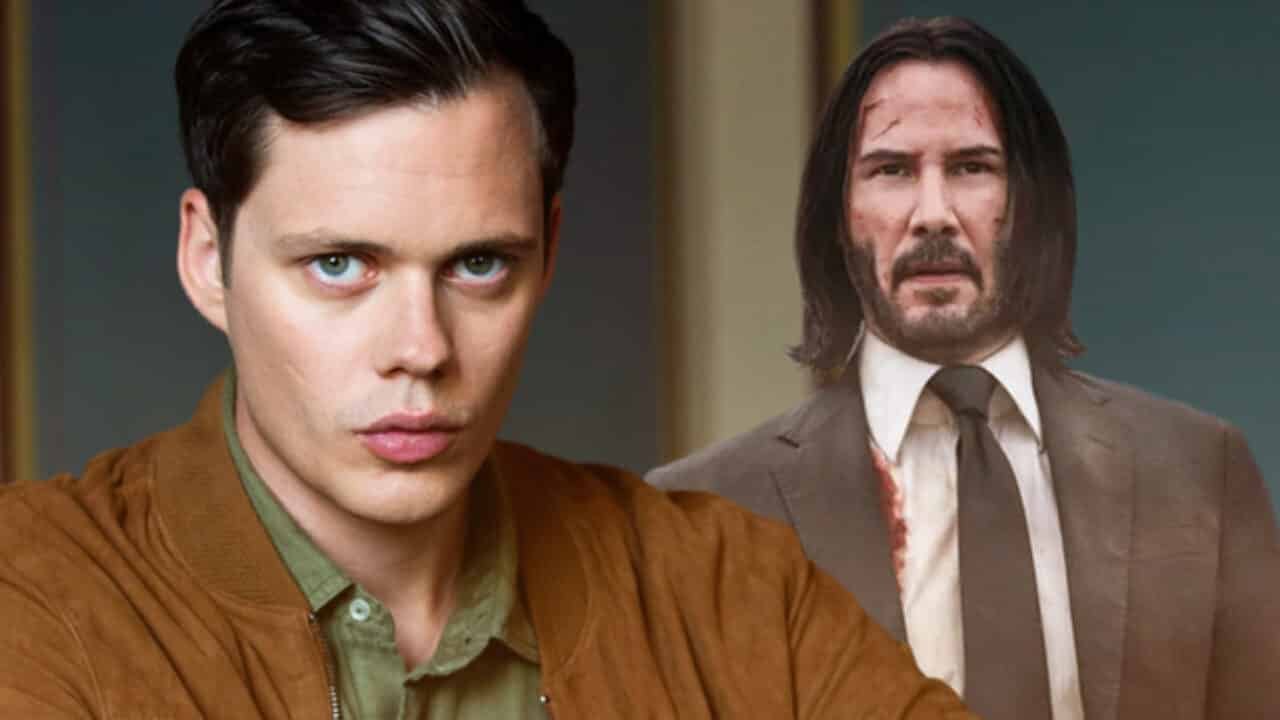 Will Bill Skarsgard take a part in John Wick 4?

John Wick: Chapter 4, which will be released on March 24, 2023, is the fourth sequel to the John Wick movie, which tells the adventures of an old assassin who got involved in the underworld after his dog was killed. Keanu Reeves, who gives life to the character of John Wick, is once again in front of the camera for the fourth sequel.

While Bill Skarsgård did not provide any details about the character of John Wick: Chapter 4, including its identity, he did mention that the role does not require any combat training. We eagerly await Bill Skarsgård performance in John Wick’s world!