B.J. Novak’s directorial debut, Vengeance, is a darkly comedic thriller about Ben Manalowitz, and there are many more to discover in the Vengeance cast. Ben is a writer and podcaster who goes from New York City to West Texas to look into the murder of a female he was hooking up with, and Issa Rae, Ashton Kutcher, Boyd Holbrook, J. Smith-Cameron, and Dove Cameron are among the Vengeance cast members.

B.J. Novak directed and wrote Blumhouse’s Vengeance, but Jason Blum, Adam Hendricks, and Greg Gilreath are the producers; also, executive producers include Leigh Kilton-Smith, Christopher H. Warner, and Novak. B.J. Novak is best known as Ryan from The Office, but with Vengeance, he is doing something different as Vengeance will appeal to fans of Novak’s dark humor, smart writing, and ability to masterfully satirize. Let’s look at and explore the Vengeance cast members in detail down below.

B. J. Novak as Ben Manalowitz 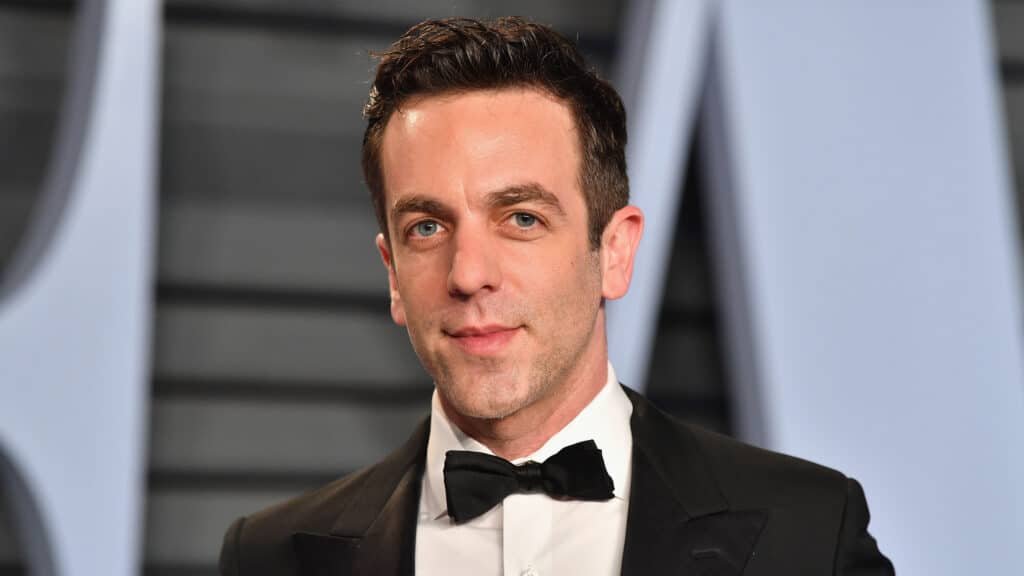 Benjamin Joseph Manaly Novak is an actor, writer, comedian, director, and author from the United States who is most recognized for his work on the NBC sitcom The Office. Novak appeared in films such as Inglourious Basterds (2009), Saving Mr. Banks (2013), the superhero movie The Amazing Spider-Man 2 (2014), and The Founder (2016). Novak made his directing debut with the dark comedy film Vengeance in 2022, and his other credits include The Mindy Project (2013-2016) and The Newsroom (2014), as well as being the creator and executive producer of The Premise (2021).

Vengeance cast member Novak is now 43 years old and was born on July 31, 1979. There had been rumors that he is dating Mindy Kaling. Dove Olivia Cameron is a singer and actress from the United States who starred in the Disney Channel comedy series Liv and Maddie as the namesake characters. She received a Daytime Emmy Award for Outstanding Performer in Children’s Programming and also played Mal in the Descendants movie series. Cameron was nominated for Best Musical Moment at the 2017 MTV Movie & TV Awards for her performance of You Can’t Stop the Beat, which is worth noting.

Vengeance cast member Cameron is 26 years old and was born on January 15, 1996 who is known to be single now. Holbrook, Robert Boyd is a model and actor from the United States who has acted in films such as Milk, Out of the Furnace, Run All Night, A Walk Among the Tombstones, and Gone Girl. He also took part in the Netflix series Narcos, where he played DEA agent Steve Murphy and appeared as Cap Hatfield in the 2012 television series Hatfields & McCoys. Vengeance cast member Holbrook is 40 years old and was born on September 1, 1981. He has been married to Tatiana Pajkovic since 2008. Christopher Ashton Kutcher is an actor, model, producer, and entrepreneur from the United States who has received a People’s Choice Award and has been nominated for two Young Artist Awards, a Screen Actors Guild Award, and a Critics’ Choice Movie Award, so he has a lot under his name.

However, he made his acting debut as Michael Kelso in the Fox comedy That ’70s Show and made his feature debut in the romantic comedy Coming Soon (1999), followed by the big office success Dude, Where’s My Car?

Vengeance cast member Kutcher is 44 years old and was born on February 7, 1978. His past relationships include Mila Kunis and Demi Moore. Lio Tipton is a fashion model and actress from the United States who is most known for finishing 3rd on America’s Next Top Model Cycle 11 and for appearances in the movies Crazy, Stupid, Love, Warm Bodies, Two Night Stand, and many more. Vengeance cast member Tipton is 33 years old and was born on November 9, 1988. She is in a relationship with Chaz Salembier. John Clayton Maye is a singer, songwriter, and guitarist from the United States who attended Berklee College of Music in Boston before leaving to join Clay Cook in Atlanta in 1997. He founded the Lo-Fi Masters, a short-lived two-man band, but Mayer continued to play local clubs after they split, honing his abilities. Following his participation at the 2001 South by Southwest festival, he was signed to Aware Records. Vengeance cast member Mayer is 44 years old and was born on October 16, 1977. He used to date Katy Perry. Jo-Issa Rae Diop is an American actor, writer, producer, and comedian better known as Issa Rae who rose to prominence after appearing in the YouTube video series Awkward Black Girl. Vengeance cast member Rae is 37 years old and has been married to Louis Diame since 2021.