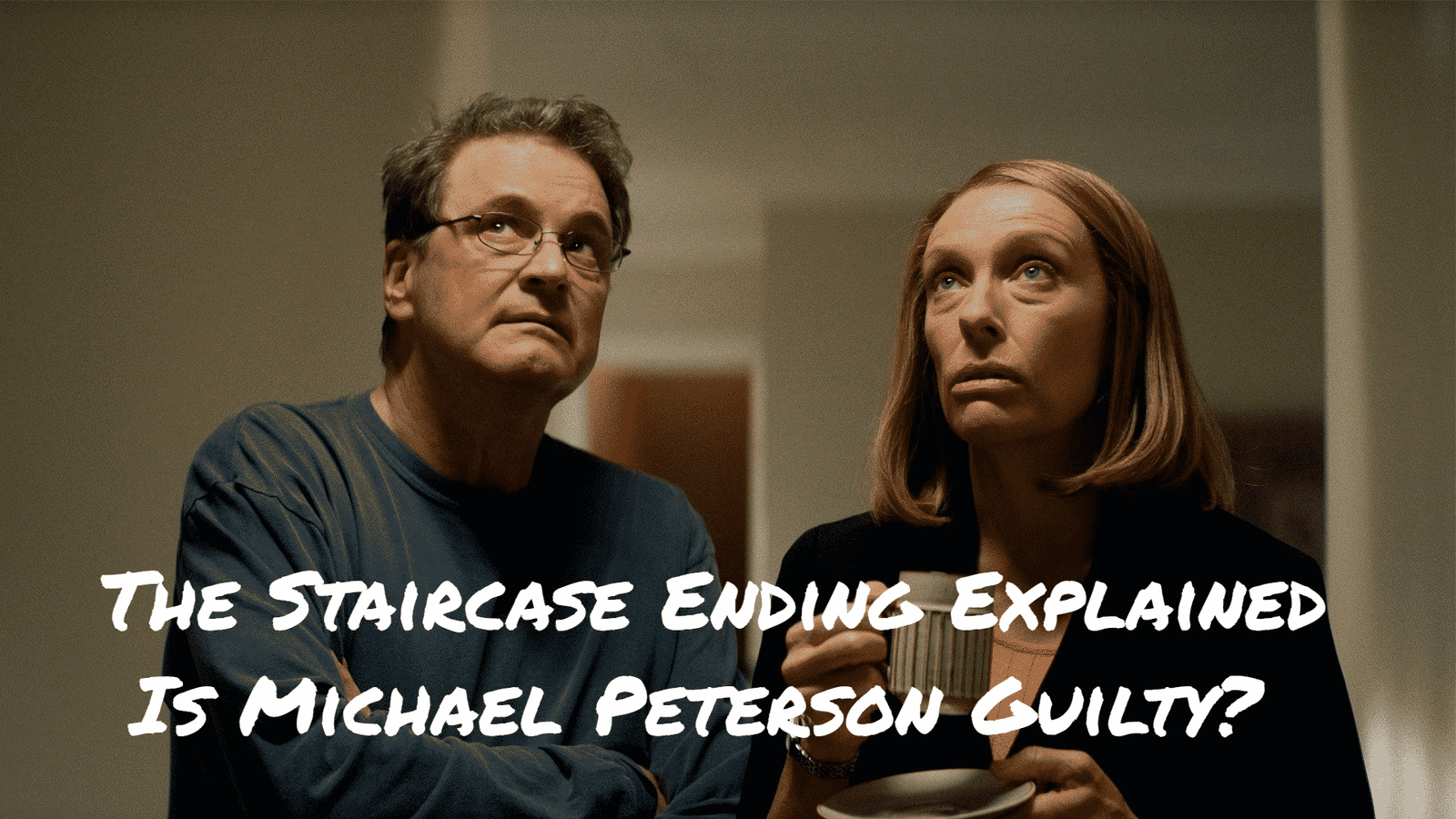 The Staircase brings to the screen the story of acclaimed crime thriller writer Michael Peterson, who was accused of the murder of his wife Kathleen in 2001. Although Peterson claims that his wife slipped and fell on her own, investigations don’t seem to back her up. Media coverage of the event reveals many family secrets, such as infidelity. Suspect Michael faces lengthy trials and is sentenced to prison in The Staircase ending. Adapted from a true story and previously had series in different variations, The Staircase, which is an 8-episode 2022 mini-series, is a production that will be finished in one sitting with the theme of crime, drama, and biography!

If you, like us, finished the series in one sitting and you have questions about Michael Peterson’s guilt, let’s take a closer look at The Staircase ending theories! 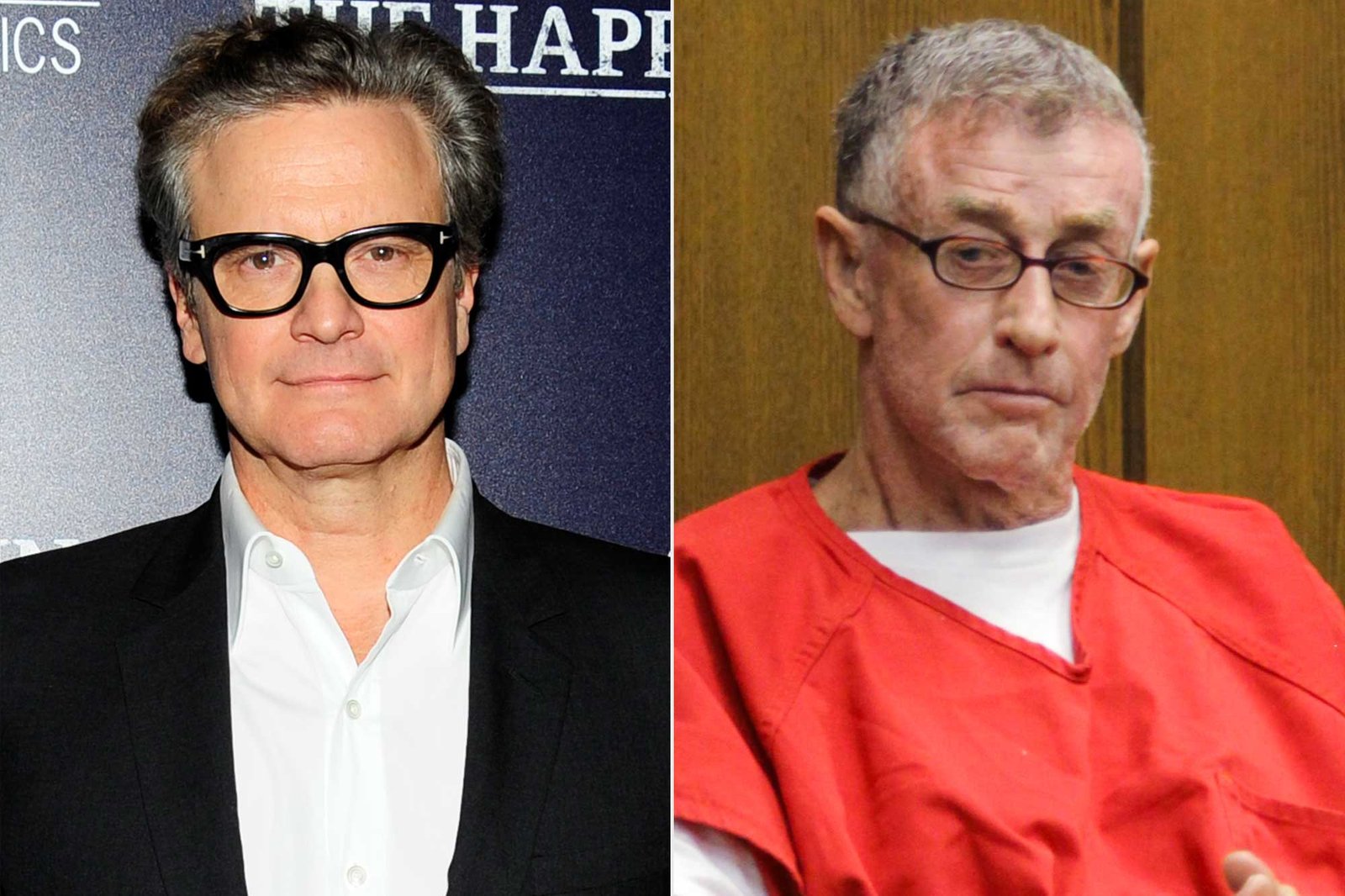 First, get to know our suspect criminal better. Michael Iver Peterson, who is played by Colin Firth in The Staircase is 78 years old and was born in Tennessee, America. He graduated from Duke University with a bachelor’s degree in Political Science.

In 1965, he participated in research studies of arguments supporting increased military involvement in Vietnam. That same year, he married elementary school teacher Patricia Sue. They had two children, Clayton and Todd. The couple also became foster parents of two girls. It is important that we know his relatives from his real life because we witness them testifying in court until The Staircase ending. The Staircase Michael Peterson and His Children

In 1968 Peterson participated in the Vietnam War. In 1971, he had a car accident and was permanently disabled. For this reason, he was honorably discharged with the rank of captain. He and Patricia Sue divorced in 1987. Peterson wrote three novels on the Vietnam war: Immortal Dragon, A Time of War, and A Bitter Peace.

Michael married Kathleen Atwater, a successful business executive, in 1997, and Kathleen’s suspicious death occurred in 2001. Until The Staircase ending, we follow the lawsuit process of Michael Peterson, who is on trial for the death of his wife. The Owl Theory mentioned at The Staircase ending is not a pseudonym of another metaphor, it is itself! Could Kathleen Peterson have been killed by an owl? While we can’t even think of this as a possibility at first, when we hear the details, we are more likely to believe this claim.

So what are the details? No blow-by-murder patterns ever seen would explain the deep wounds on Kathleen Peterson’s head. This brought a new question to the minds of the lawyers investigating the case: What if the injuries were not the result of a blow to the head, but rather an attack from an owl, for example?

As we have all guessed, incontrovertible real evidence is needed to claim that an owl did this. Michael Peterson’s lawyer, Rudolf, was unable to produce any evidence of this.

That’s when someone with claims that could change The Staircase ending showed up. T. Lawrence Pollard was a neighbor of the Petersons and did not play a role in the murder case. Being a neighbor of the family and the fact that the incident was brought to the media enabled him to have information about the case. And being a lawyer, he could easily access the data.

He read the list of evidence the North Carolina State Bureau of Investigation had accessed that night and discovered that a microscopic owl feather had been found at the crime scene. Years after Peterson was first tried, he presented his owl-containing theory to court. In addition to the owl feather, a small tree branch was also found in a strand of hair Kathleen was holding. 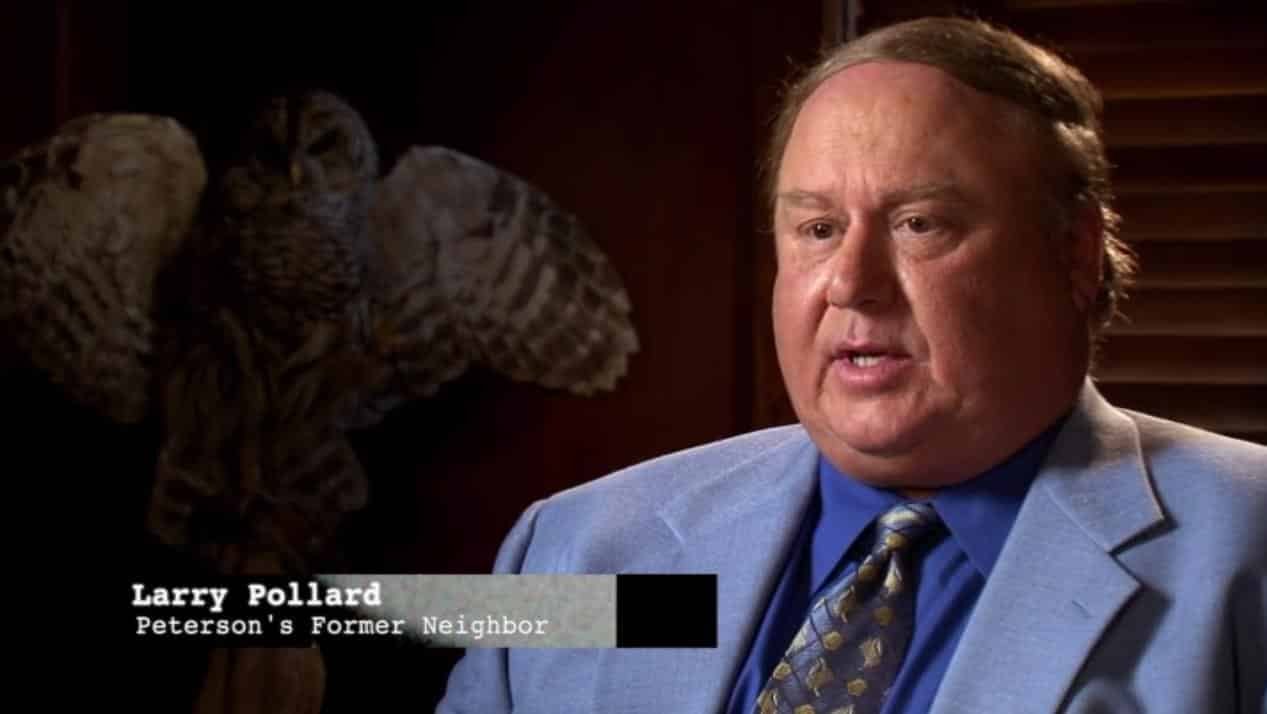 Acting on Pollard’s theory, in September 2008 the strand of hair Kathleen was holding was re-examined. And two more microscopic owl feathers were found in his palm! Besides these feathers, Pollard believed that the cuts and wounds on the back of Kathleen’s head and parts of her body were made with owl claws. Michael Peterson’s lawyer, David Rudolf, clung to this evidence and repeatedly argued in court that these cuts and wounds could have been caused by an owl.

In 2009, Pollard and Rudolf demanded that Peterson’s conviction be reversed and a new trial is held, with the evidence in their possession. Although evidence of this possibility was presented, court officials did not believe it to be true, as we can see from The Staircase ending.

What do you think about this theory? Did The Staircase ending satisfy you? Do you think Michael Peterson is truly innocent and an owl may have caused Kathleen Peterson’s death?