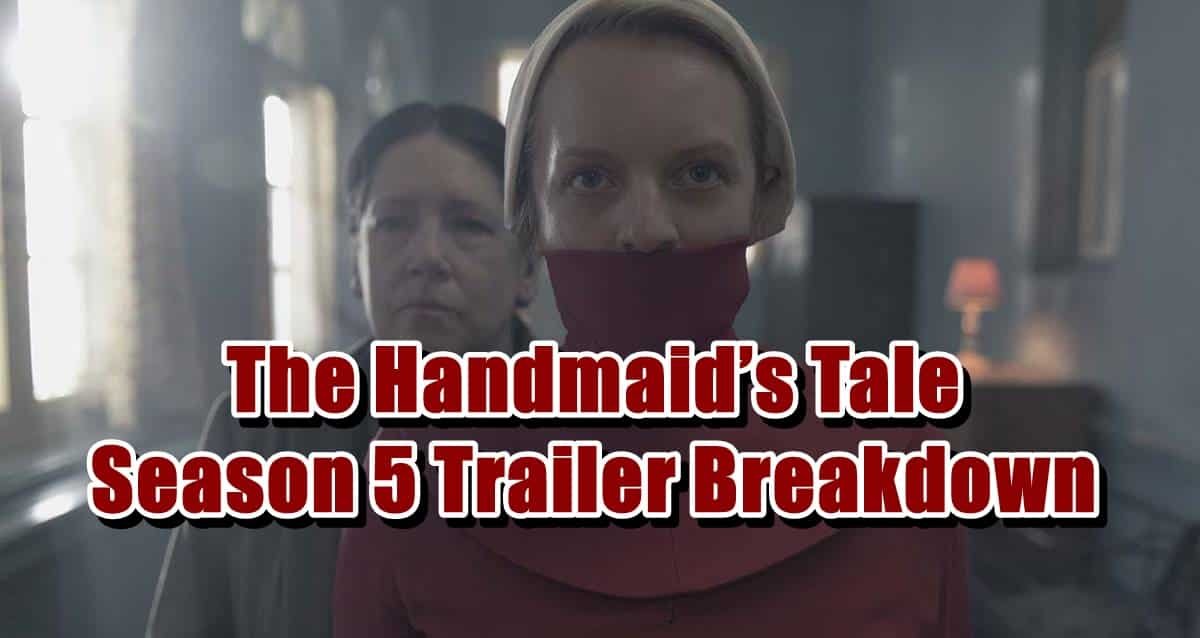 “I want her to know it was me,” June says in The Handmaids Tale Season 5 Trailer of her last season. Her words have a direct influence on Serena which we will explain in a bit in our The Handmaids Tale Season 5 Trailer breakdown! According to the teaser, June will be preparing for a fight when The Handmaid’s Tale returns, as the 5th season teaser for Hulu’s dystopian drama shows. The show pits the leading character against her former abuser, Serena. 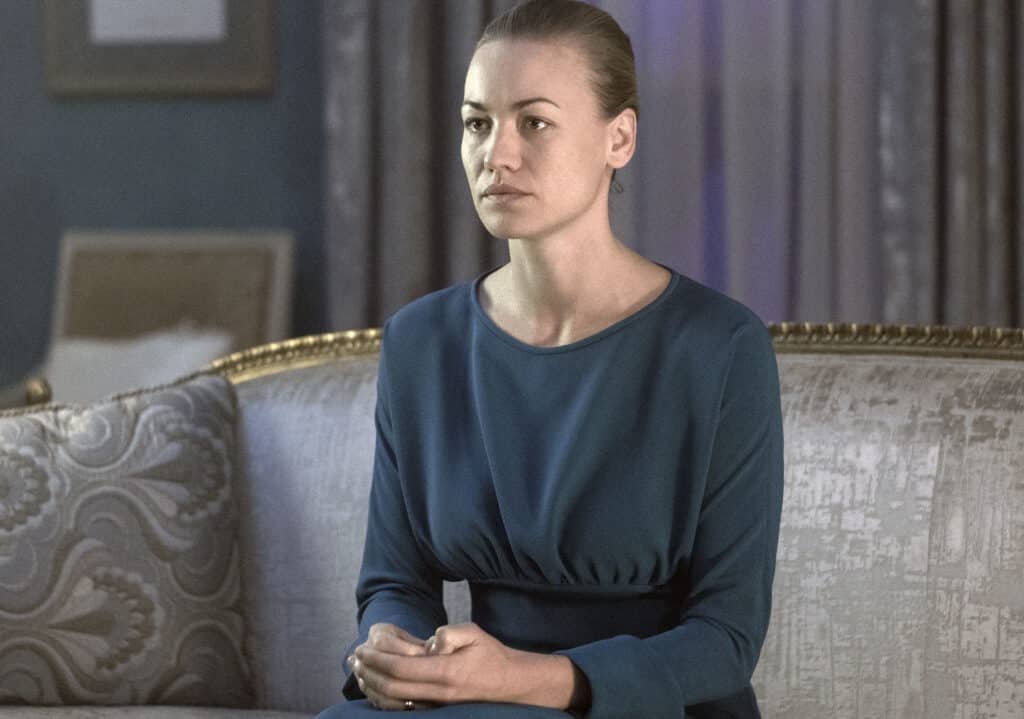 Serena and June’s conflict is as global as it is personal, as June assassinated Serena’s husband, Fred Waterford in the Season 4 finale, and June says she still believes “Gilead is attempting to pull her back” now that she’s managed to escape and returned with her partner, Luke as The Handmaids Tale Season 5 Trailer shows.

They are now living in the safe neighboring harbor of Canada. But her words were supported by an image of her lover Nick, a present Commander and the dad of her youngest daughter, meaning she is ready to return to the country once more.

“I want her to know it was me,” June says in The Handmaids Tale Season 5 Trailer. She sees Serena pretending to be heartbroken, and June continues, claiming that “Serena is aware that the entire world is watching her”, implying that she is planning something worldwide that will change Serena’s fate. The picture of a distraught Serena has been broadcast over TV screens, and viewers can see a fleeting glimpse of Serena grinning, showing that she is actually happy that her husband is not living anymore. “She can’t get to you, so you’ve simply got to forget about her,” Luke advises, but June has decided to go there. The Handmaids Tale Season 5 Trailer concludes by stating unequivocally that Gilead will not overlook June, a former Handmaid, for executing her Commander. Luke is also seen being dragged away as June cradles Nichole, and it looks like there is nothing but doom waiting for our main characters.

June declares that she will fight at the end of the clip, ending up in its performance of Christina Aguilera’s Fighter, hyping up all the viewers. The Season 5 conclusion had left June’s destiny out in the air, so everything is possible to happen. Would June go and risk her newfound freedom? Looks like she will according to The Handmaids Tale Season 5 Trailer.

June faces penalties for killing Commander Waterford, of course, but she is striving to reinvent her identity and purpose in Season 5. Serena, now a widow, strives to boost her profile in Toronto and Commander Lawrence collaborates with Aunt Lydia. You can watch The Handmaids Tale Season 5 Trailer down below.

Fred is apprehended forcibly just before leaving for Geneva and told he has been declared unfit for leniency in Season 4’s ending, and June’s efforts appear to have been successful.

Fred learns they’ve arrived in Gilead and that he’s part of a prisoner swap. Mark claims Gilead vowed to trial Fred under their justice system, and a terrified Fred responds that God would condemn Mark for wicked coveting. Lawrence welcomes Fred, claiming Gilead is relieved to see him, and June appears through the trees as Nick informs Fred that they have reached No Man’s Land. Nick kisses her, then walks away, leaving Fred with her, and June blasts a whistle. A swarm of other Gilead refugee women emerges. Fred eventually stumbles while running, and with a crazed expression in her eyes, June leans over him and begins beating him. June departs the forest happy that morning, and when she gets home and sees her bloody face, Luke collapses to the ground. A mail carrier opens a box for Serena, and a wedding ring and severed finger fall out and Fred’s corpse hangs over a spray-painted wall.

Differences Between The Handmaid’s Tale Season 4 and Season 5 Finally, one of our biggest antagonists has died, and Season 5 will be different than Season 4. Lawrence dealt with the problem of Gilead’s secrets being leaked and Mark won with the info and Gilead detainees. But what does the unauthorized execution entail for Gilead, will June ever be able to let go, and what can she do if Luke refuses to forgive her? Season 5 will answer all these questions for sure.