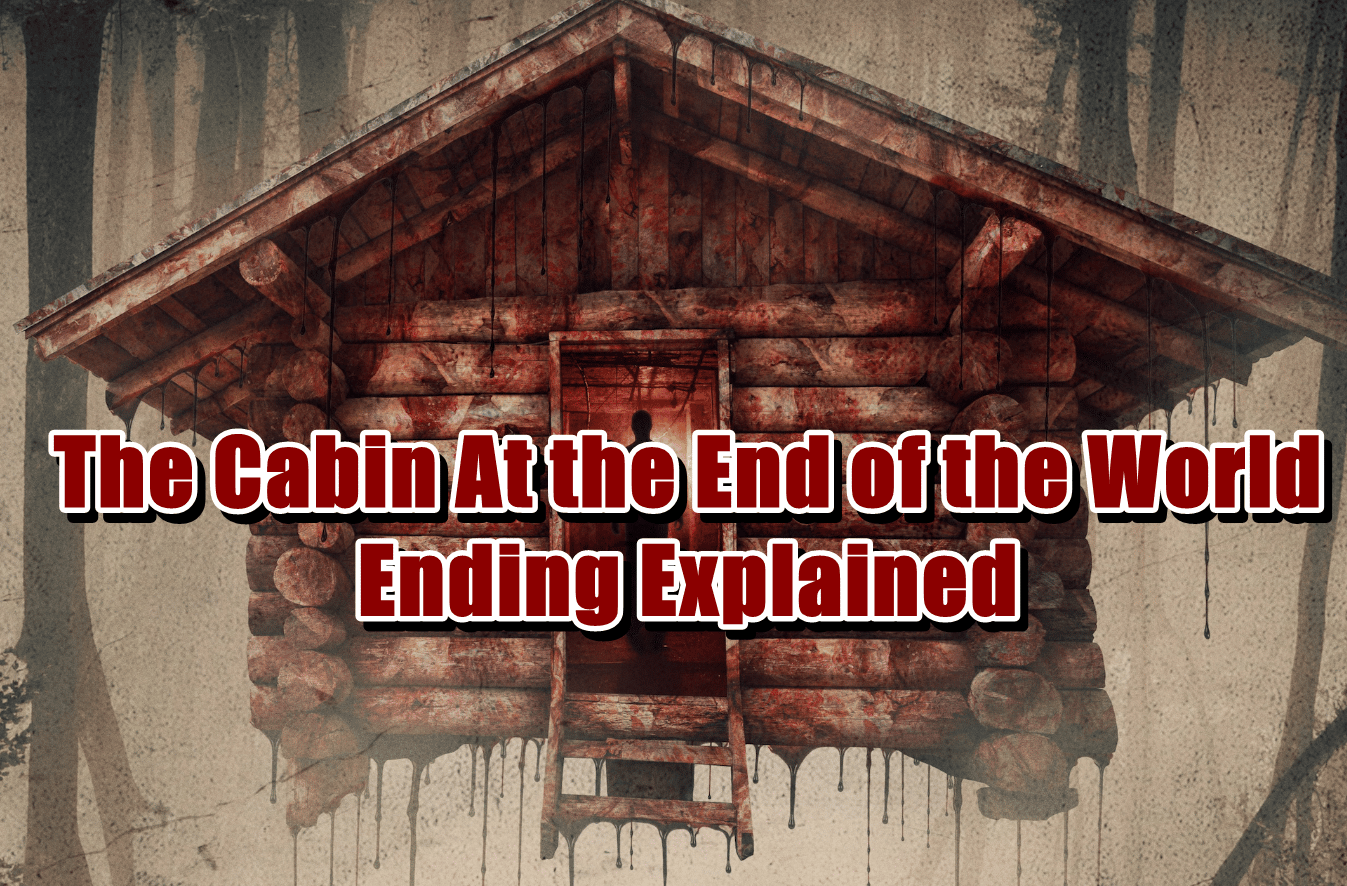 The Cabin At the End of the World Ending Explained

Did you know M Night Shyamalan’s Knock at the Cabin is actually an adaptation of The Cabin at the End of the World? Looks like we will watch a book come to life once more, but there will be tale modifications and variations compared to the novel.

For several years, Paul Tremblay has been fast approaching best-seller status, and his main works include HarperCollins’ A Head Full of Ghosts (2015), and Disappearance at Devil’s Rock (2017), which won the British Fantasy Award for a best horror novel. The Cabin at the End of the World (2018) received the Bram Stoker Award, and he has also written Growing Things (2019), a collection of short tales, and edited many anthologies.

Horror novelist Paul Tremblay has revealed that M Night Shyamalan’s forthcoming film is based on his novel The Cabin at the End of the World, and while the storyline of the film has been kept under wraps, the brief house invasion plot description had fans speculating. When the title of the movie was revealed (Knock at the Cabin), fans had even more grounds to draw the connection between these two projects. 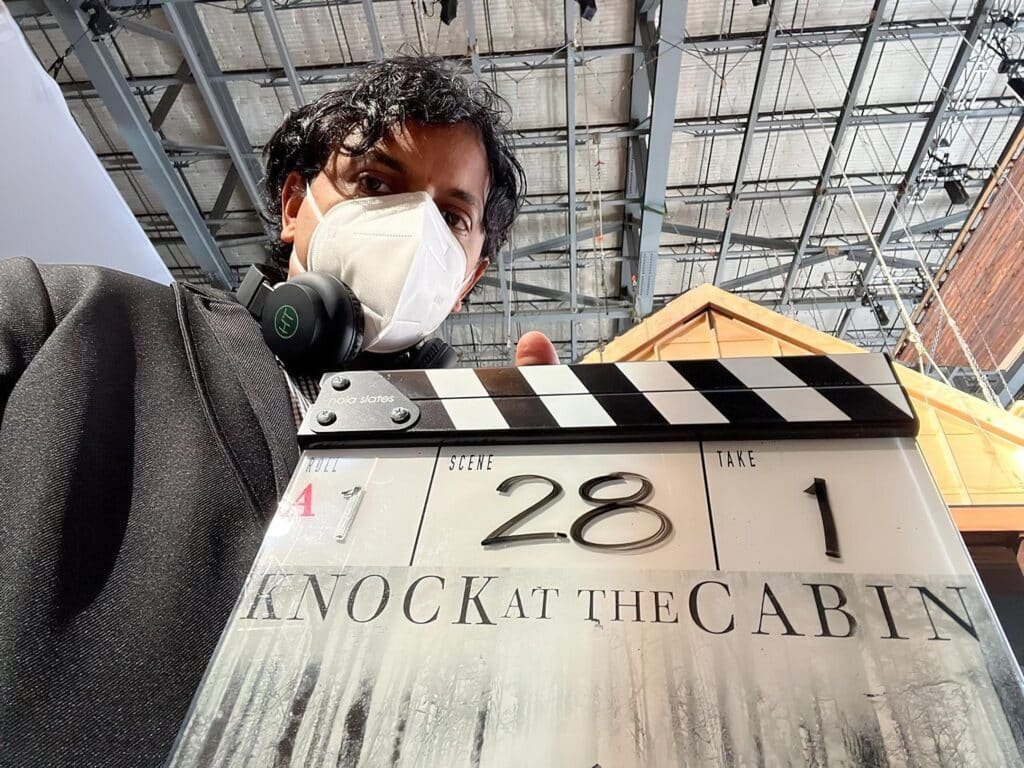 Also Read: Stephen King’s The Mist Book Vs The Movie – Which Is Better?

Tremblay told CNBC about his struggle keeping the film under wraps, saying that he spent a piece of his 2022 spring quelling online speculations and putting out Twitter flames. The author also revealed that like the majority of adaptations, there will be tale adjustments and variances compared to the book.

The author has been waiting for this project, and Shyamalan was interested in producing the film, but that didn’t work out. When things didn’t work out with the initial director, Night was still interested in producing, which led to him wanting to rewrite the screenplay and direct as well, and the author changed from cautious optimism to enthusiasm when Shyamalan was in work. Let’s see what will happen in the movie and in The Cabin At the End of the World.

What happens in the Cabin At the End of the World? 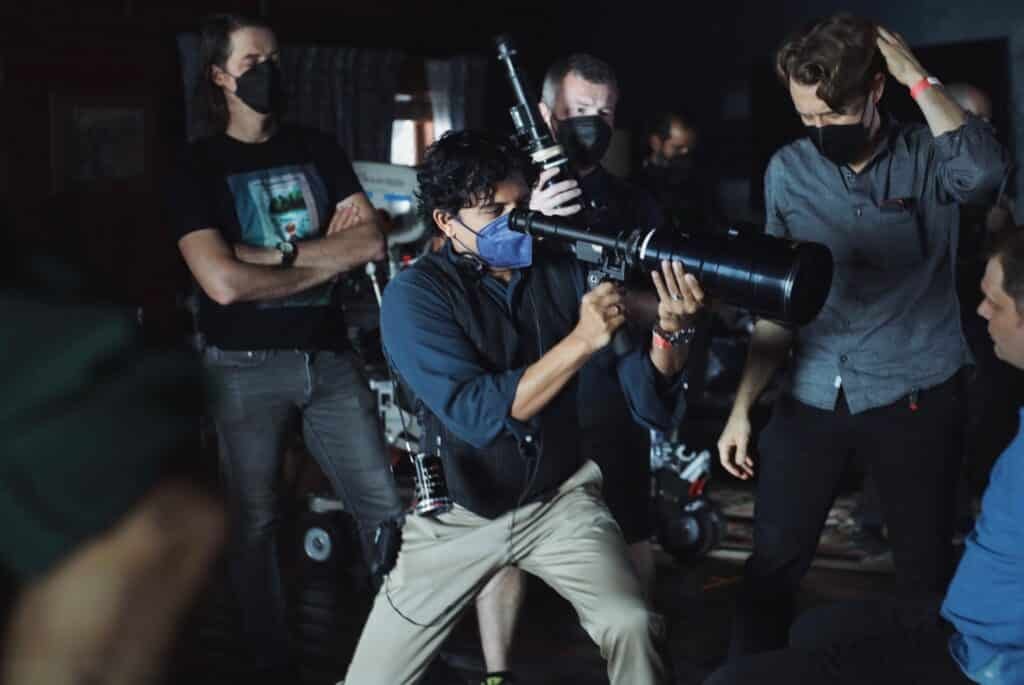 Knock at the Cabin set

The Cabin at the End of the World uses eerie patterns and particularly in Jackson’s tale to construct an isolated, disrupted normal, and the scenes took place in a summer cottage on a lake in northern New Hampshire, far from even mobile phone reception. The majority of the novel’s third-person narration focuses on the cabin’s three inhabitants, and they tell their own narratives.

Wen, a precocious almost eight-year-old girl, and her two adoptive fathers live in the Cabin: Eric is a market analyst, and Andrew is a Boston University professor. The events of the story are conveyed by rotating between various focalizations, but the narration stays sequential. There is no major narrative overlap, while there is some distinction in perspective between these individuals, the movement between them appears artificial.

The plot of the book revolves around two fathers, Andrew and Eric, and their adoptive daughter Wen, and they’ve hired a cottage in the middle of nowhere to relax and unwind. Until four strangers appear one day and inform them that a decision must be taken to save the world from ending, they were having a good time.

Is the Cabin At the End of the World a movie? 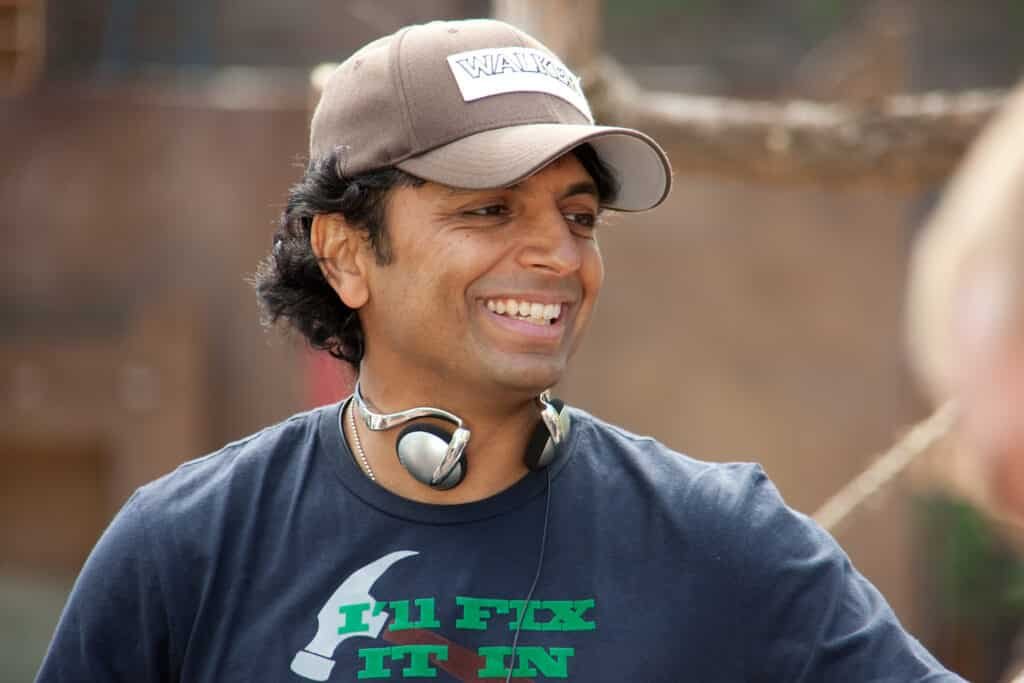 The Cabin At the End of the World will be made into a movie next year, with its title decided as Knock at the Cabin, and expect a surprise ending, because you will never know what’s going to happen. The movie will be twisty as hell, and our director guy is returning to his favorite genre: horror. While there isn’t much information regarding Knock at the Cabin, there are certain hints littered across the internet.

Of course, in true Shyamalan fashion, nothing is as it appears. We expect our expectations for the film to shift considerably when we learn more about the future adaptation. The release date of Knock at the Cabin is one thing we can certainly affirm, as the film will be released on February 3rd, 2023.

While this brief teaser film doesn’t reveal much, we are still excited about what we will watch in the movie as those echoing knocks are quite striking for such a brief film promoting the release date. It’s rather eerie, but until further information is provided, all we have is this short video.

Where does the Cabin At the End of the World take place?

Wen, a seven-year-old boy from New Hampshire, is collecting grasshoppers outside a secluded cottage when a strange guy named Leonard comes, so the setting of the novel is New Hamshire. Eric and Andrew, her dads, sat on the back terrace facing the lake, out of sight of their daughter. We think the new movie will also take place in the same setting as the novel, but it is only a guess since not much info is available.

Share 0
In this article:The Cabin At the End of the World