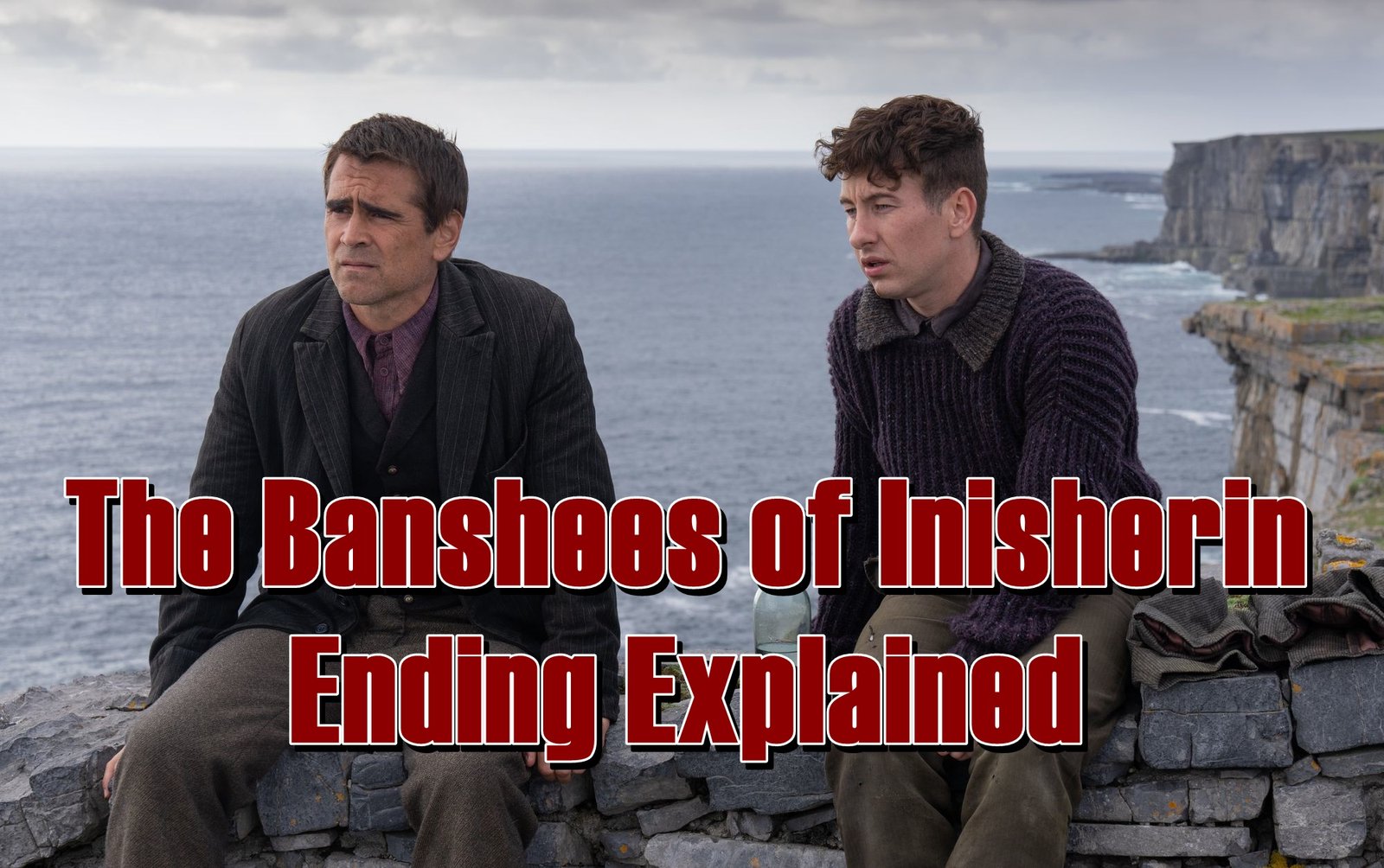 The Banshees of Inisherin Ending Explained

HBO Max is currently streaming The Banshees of Inisherin, a dramatization of the sad event of a friendship breakup that many of us are all too acquainted with, and this dark comedy, written and directed by Irish writer Martin McDonagh, stars Colin Farrell and Brendan Gleeson as two ex-friends who get into a brawl.

McDonagh is known for his highly praised films In Bruges, Seven Psychopaths, and Three Billboards Outside Ebbing, Missouri, and in this one, Colin Farrell is devastated when Brendan Gleeson declares out of the blue that he no longer wants to be friends with him. The Banshees of Inisherin is occasionally belly-laugh-inducingly funny, but it is also, like all of McDonagh’s previous works, decidedly depressing and intellectual as the movie, which takes place completely on a tiny Irish island, is lighthearted. 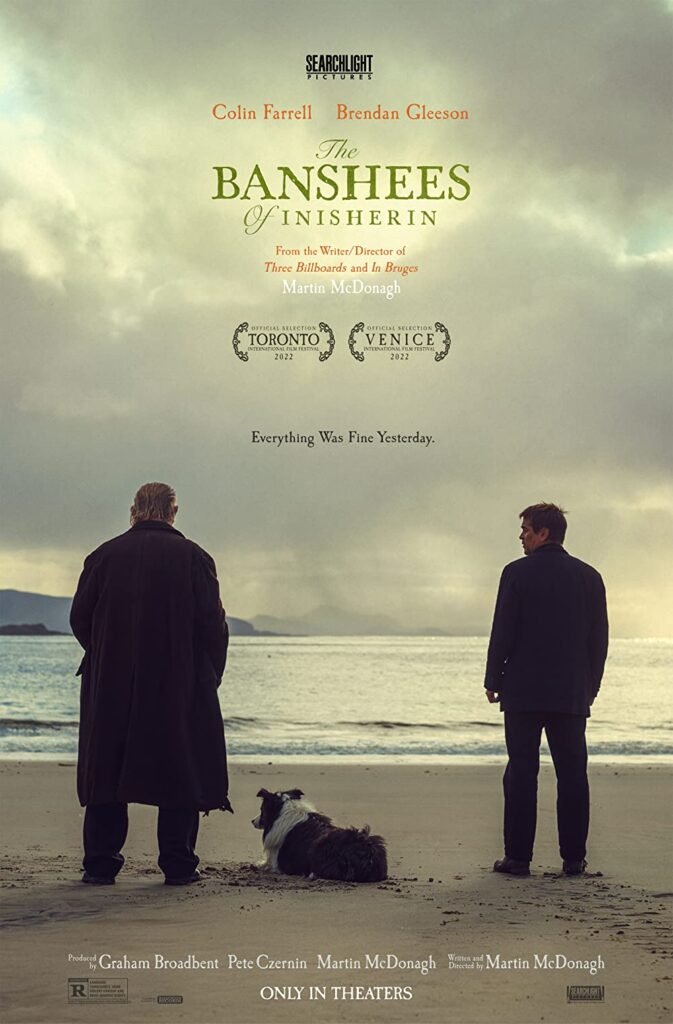 The Banshees of Inisherin poster

In fact, it has such a delicate touch that you might not always understand what’s happening, and we see Ireland is the setting for The Banshees of Inisherin in 1923. It takes place in April 1923 specifically, as evidenced by the moment in which Pádraic consults his calendar and learns Colm left him on April 1, 1923. The Banshees of Inisherin’s storyline summary is straightforward: Colm, an Irishman, decides one day that he no longer wants to be friends with Pádraic, and Colm calmly says that Pádraic did nothing wrong as Pádraic begs him to explain what he did wrong.

Simply said, Colm no longer approves of Pádraic, and after years of frequent bar visits, Colm formally asks Pádraic to stop talking to him and leave him alone.

Pádraic is unwilling to stop there, given that the two men reside next door to one another in 1923 on an island off the coast of Ireland, finding Colm is not difficult, and Colm eventually decides to cease being friends with Pádraic because he finds him boring and doesn’t want to spend his remaining years on earth. Pádraic eventually gets this information with a little assistance from his sister Siobhán. 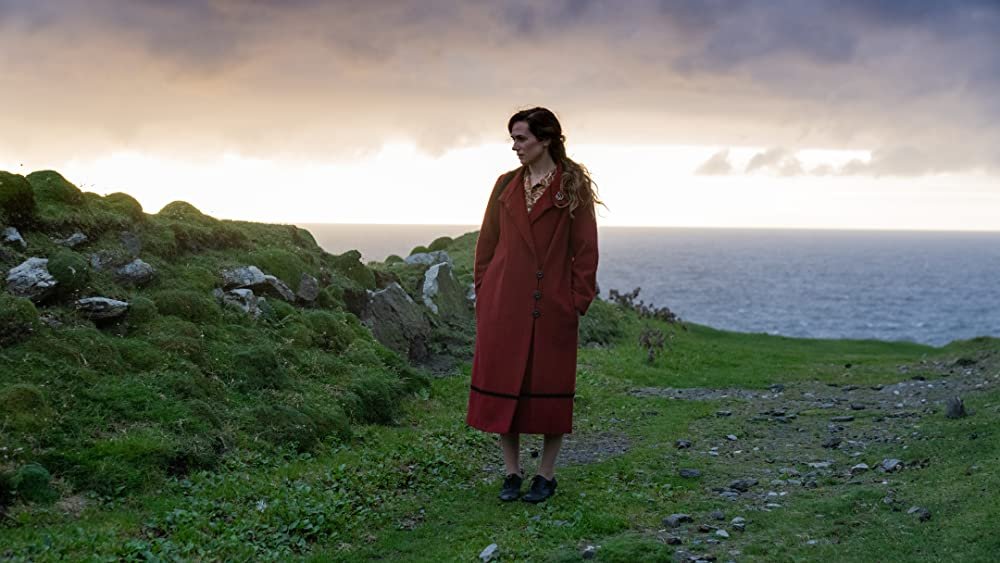 Kerry Condon in The Banshees of Inisherin (2022)

The next day, at the same time the two friends used to meet at the bar, Pádraic threatens to burn down Colm’s house out of rage and grief, and Pádraic, who loves animals, advises Colm to let his dog out. Colm is also informed by Pádraic that he will not check to see whether Colm is inside before lighting the match. In a letter, Pádraic’s sister invites him to move to the mainland with her for a better life, however, he declines and actually carries out his threat to set Colm’s house on fire.

After starting the fire, he realizes that Colm is really inside the building, watching it burn while merely sitting there, and it is implied that the conflict between Colm and Pádraic is a representation of the Irish Civil War, and they ruined themselves by fighting among themselves. Colm injured his fingers, making it impossible for him to perform music, which was his one and only passion, and by declining his sister’s invitation to move to the mainland due to his sadness and desire for vengeance, Pádraic ruined his opportunity for a better life.

The two men are currently at a standstill, but Pádraic suggests that they will soon resume their battle, but they still act civilly, though, and Pádraic is still a kind person who is prepared to take care of his neighbor’s dog.

What is The Banshees of Inisherin meaning? 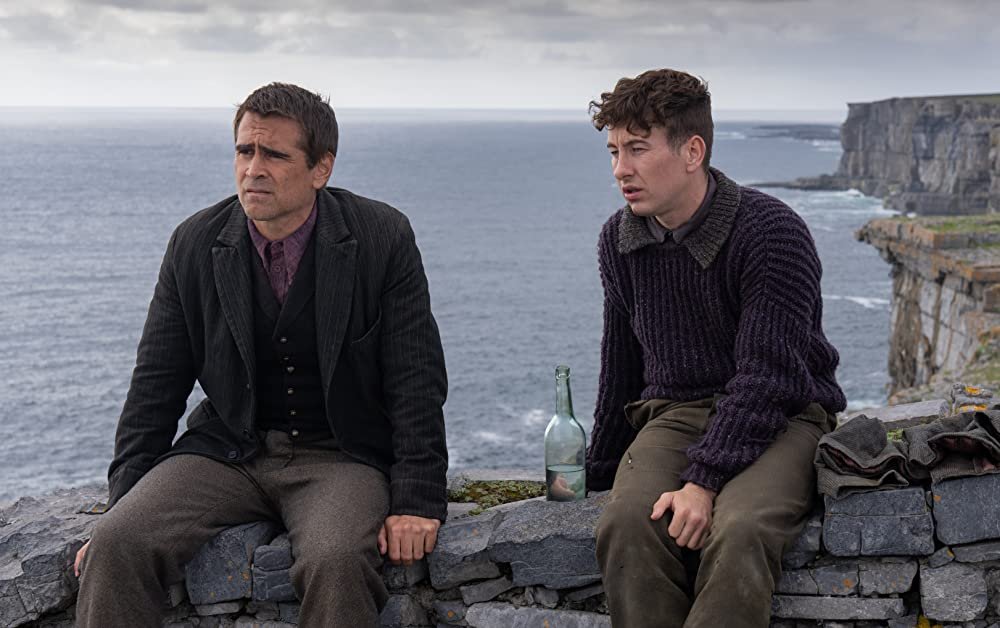 Colin Farrell and Barry Keoghan in The Banshees of Inisherin (2022)

The Banshees of Inisheer is a drama by Martin McDonagh that was written more than 15 years ago, and although it was never finished, the title lingered with the filmmaker, and he went back to it years later with a revised plot: he changed Inisheer into Inishiren this time. It was motivated by both a technical and imaginative decision, although the movie was filmed in Inishmore, numerous other nearby places were also featured.

Is The Banshee of Inisherin on Netflix?

As of December 13, 2022, HBO Max will start streaming The Banshees of Inisherin, although some viewers might have anticipated the movie’s premiere on Hulu given that it’s released by Disney-owned Searchlight Pictures, HBO Max is now the only streaming provider that will offer it.

Is The Banshees of Inisherin a sequel to In Bruges? 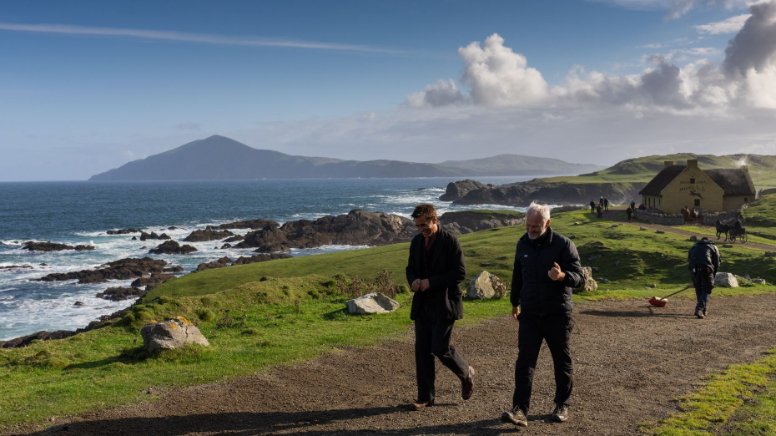 Colin Farrell and Martin McDonagh in The Banshees of Inisherin (2022)

With his 2008 pitch-black comedy-thriller In Bruges as a kind of spiritual prequel, writer-director Martin McDonagh returns to familiar ground with The Banshees of Inisherin: Colin Farrell and Brendan Gleeson play hitmen hiding out in a version of Bruges meant to resemble Catholic purgatory in that movie, which marks McDonagh’s feature-length directorial debut and the primary roles in Banshees are shared by Farrell and Gleeson.

Are Pádraic and Colm still friends at the end of The Banshees of Inisherin?

Padraic loses all of the people he cares about towards the conclusion of The Banshees of Inisherin, and Dominic, Jenny, and Siobhan are all gone, and Colm is no longer his buddy. In spite of the absurdity of how it all plays out, Pádraic and Colm are not friends.