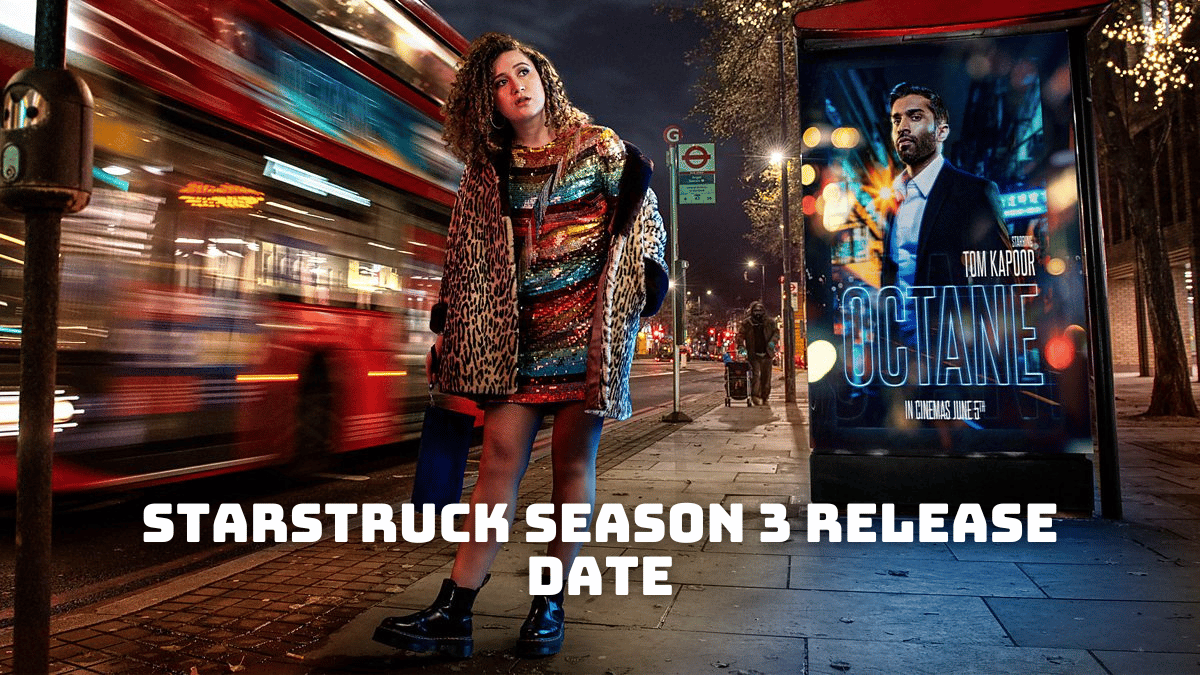 BBC and HBO Max co-production Starstruck has been burning up the heath since its premiere in 2021. That’s why Starstruck Season 3 is currently the object of interest for fans of the series. But when will the next season be released?

Starring Rose Matefeo, Nikesh Patel and Emma Sidi, the BBC comedy series Starstruck revolves around a New Zealand woman in her 20s named Jessie who lives in Hackney, London, and works in a cinema and as a nanny. After a one-night stand on New Year’s Eve, she discovers she has slept with a famous movie star, Tom Kapoor. New Zealand comedian Rose Matefeo co-wrote the series with Alice Snedden, and Karen Maine directed it. A screwball comedy, Starstruck revives the romantic comedy subgenre that was popular during the Great Depression, beginning in the early 1930s and continuing into the early 1940s, satirizing traditional love stories. Without further ado, let’s get right to it!

We have to admit that we have been waiting like hell for a renewal announcement since Season 2 premiered in February 2022. Luckily, we have wonderful news to share with you in this article. In June 2022, HBO Max announced that the popular comedy series Starstruck will return to the small screen with its 3rd season.

We have to say that it’s no surprise to us that Starstruck is being expanded. The series received generally positive reviews from critics and viewers, especially for Matefeo’s outstanding performance. With her role as Jessie, Matefeo was nominated for Best Female Performance in a Comedy Program at the BAFTA’s 2022. The show was rated 7.5 on IMDb and has a 100% rating on the Rotten Tomatoes rating portal. The Times described it as “expertly crafted old-school screwball comedy, crackling with wit and sexual chemistry.” The series was a commercial success in the UK and reached a large number of people in a short time. Moreover, everyone loves the story of Tom and Jessie and wonders what’ll happen next with the lovable couple.

Also read: The Owl House Season 3 News! – Everything We Know So Far!

When will Starstruck Season 3 be released? There is no official announcement about the release date of the upcoming series yet. However, we can make a guess by looking at the premiere date of the previous seasons. Season 1 of Starstruck was released in April 2021 and Season 2 in February 2022, so we expect the next season to be released in the first months of 2023. We will keep you updated with the latest news about Starstruck Season 3, so stay tuned!

Unfortunately, no trailer for Season 3 has been released yet. Below you can find the trailer for Starstruck Season 2, which gives you an overview of what happened in the previous season:

Is Starstruck on Netflix?

No, Starstruck isn’t available to watch on Netflix. Where can you watch the BBC comedy series then? In the United States, you can watch Starstruck on HBO Max. If you want to watch the series in the United Kingdom, you can also stream it on BBC iPlayer.

How Many Episodes of Starstruck 2022 Are There? Starstruck Season 2, on the other hand, also contains 6 episodes:

So Starstruck consists of 12 episodes in total. Each episode has a running time of 20 minutes. According to reports, Starstruck 2022 will also have 6 episodes, which will be directed by Rose Matafeo and Alice Snedden.