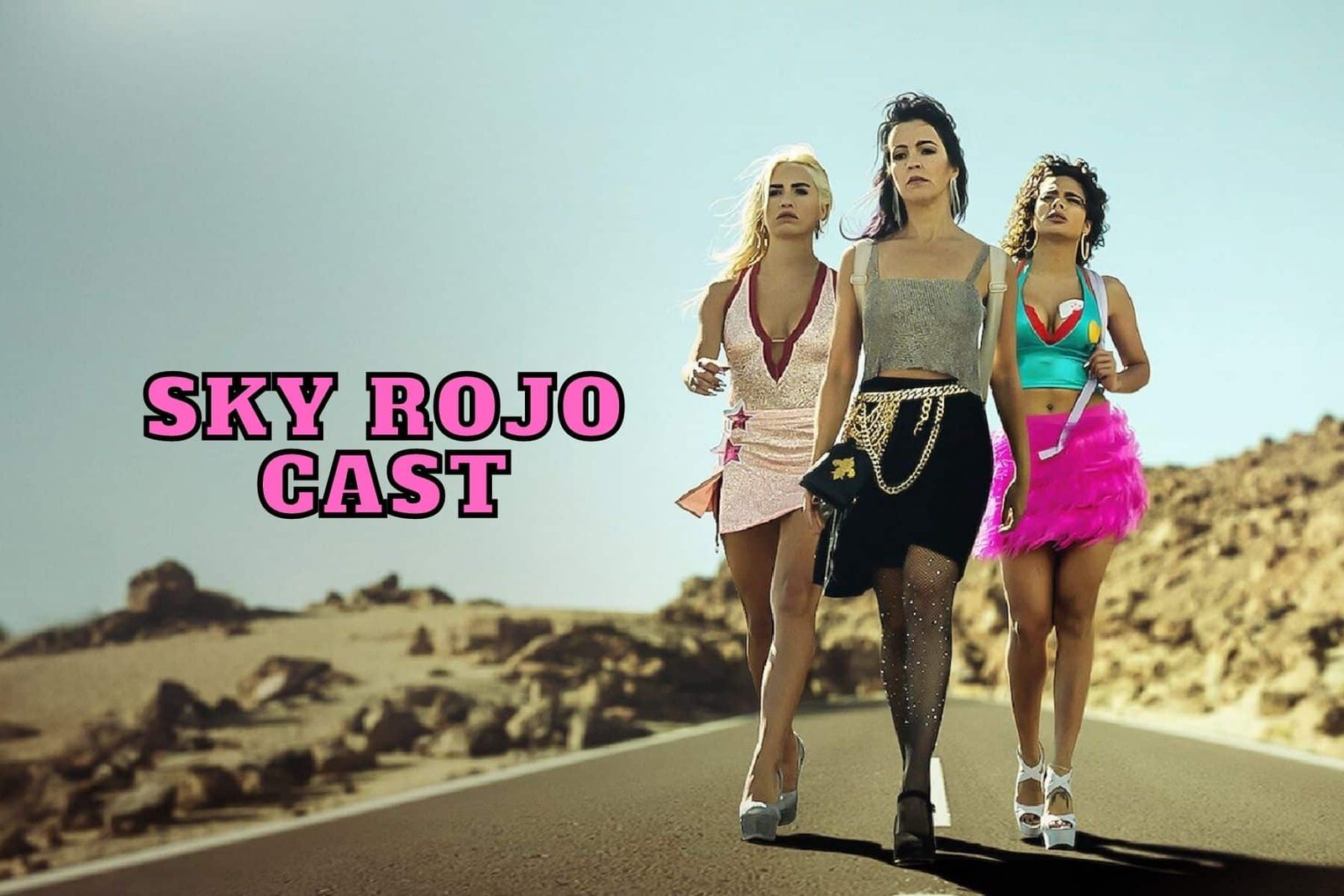 A few months ago, Rauw Alejandro was announced as the newest member of the Sky Rojo cast, joining the series in its 3rd and final season. A very famous Puerto Rican singer and songwriter, Alejandro, will play an important character in Sky Rojo Season 3 but what kind of role he will take on is still unknown.

Besides Alejandro, we don’t know if any new cast members will be introduced in the final season. But we know which actors are returning from the previous 2 seasons. Here is everything we know about the cast of Sky Rojo with information about whether we’ll see them in the 3rd season. 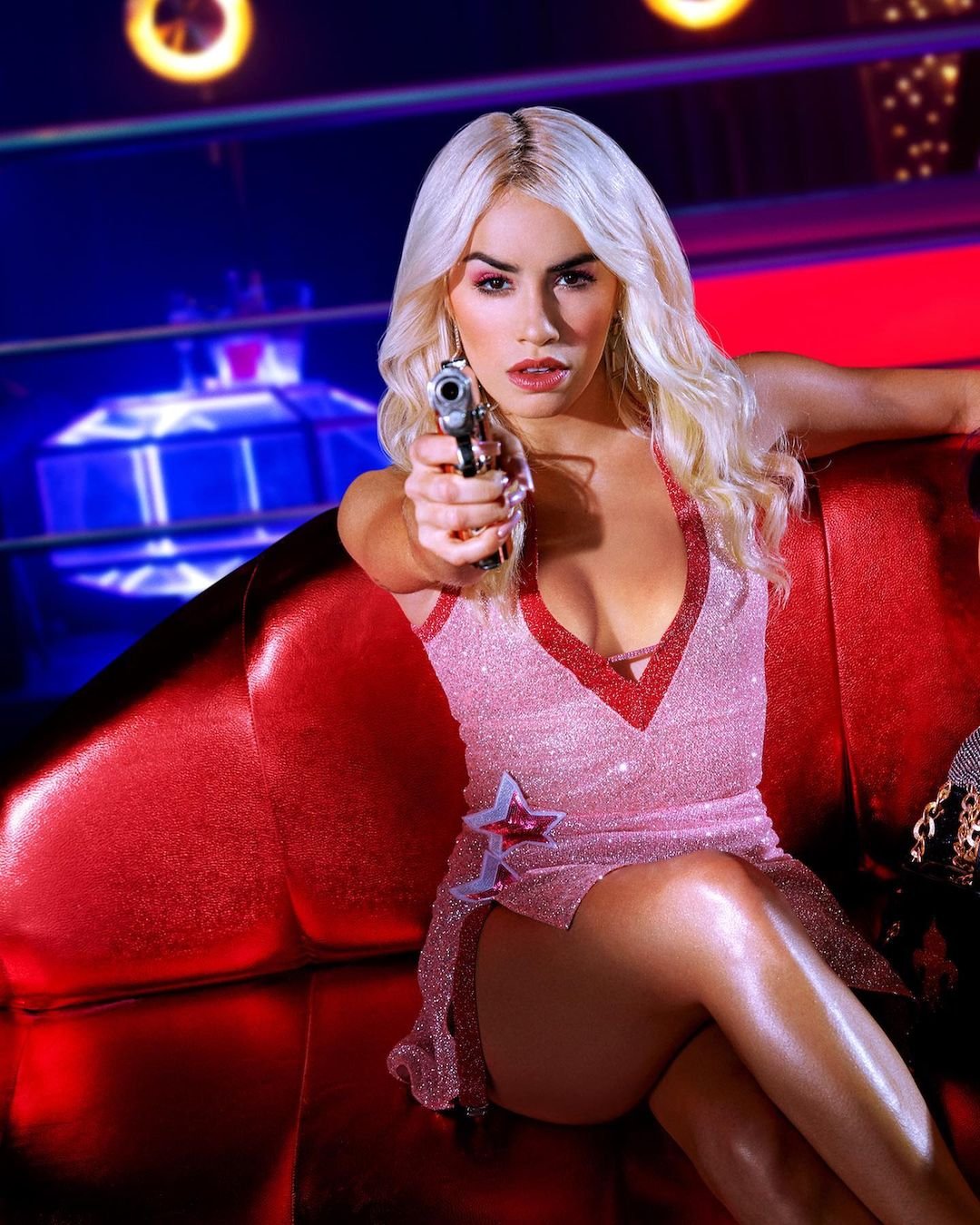 A central cast member of the series is Lali Espósito, who plays Wendy, a woman from Buenos Aires. As Wendy runs away from a slum in Argentina, she becomes a sex worker at Las Novias Club to provide for herself and her girlfriend. Espósito is an Argentine singer/actress, known mainly for playing in Argentine telenovelas like Rincón de Luz (2003), Floricienta (2004-2005), Chiquititas Sin Fin (2006), Solamente vos (2013), and Esperanza mía (2015-2016).

Espósito has also 4 studio albums, the last of which came out in 2020 (Libra). She is 30 years old. Lately, she is rumored to be dating one of the directors of Sky Rojo, David Victori. But none of them confirmed nor denied the relationship.

We expect Wendy to reappear in Season 3. 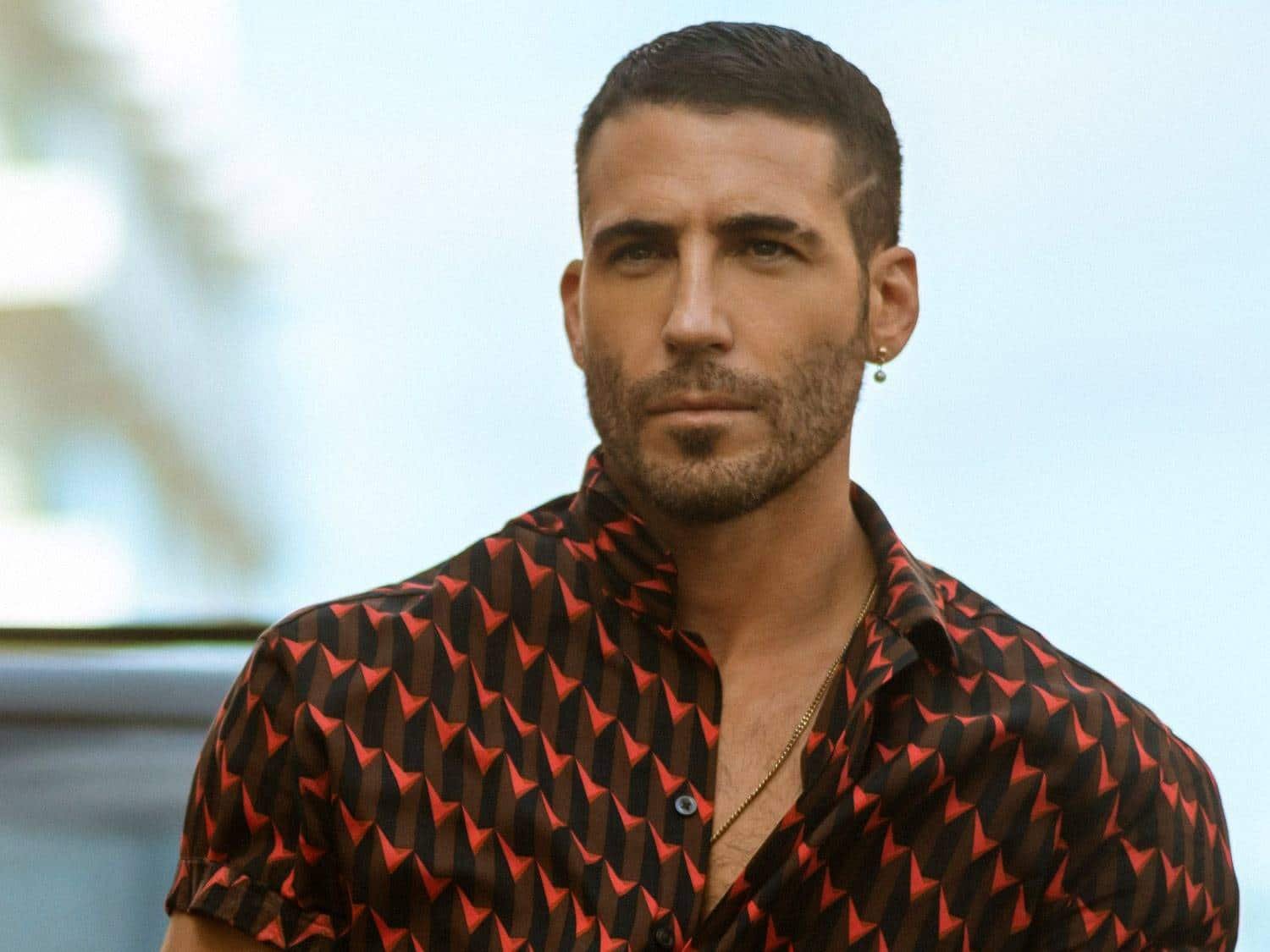 Miguel Ángel Silvestre plays Moisés in the series. Moisés works for Romeo, a pimp and the aforementioned club’s owner. He is a henchman and has a brother named Christian. His job is to recruit women for Romeo and bring them to the club. Most of you know Silvestre from his role as Lito in Sense8 (2015-2018). He also played a lead role in Velvet (2013-2016), and En el corredor de la muerte (2019). The actor played a guest role in Money Heist Season 5. Silvestre is 40 years old and is dating Andrea Sesma, an influencer.

At the end of the 2nd season, Moisés was full of revenge as he thought the girls were responsible for his brother’s death. We will see him in the new season for sure. 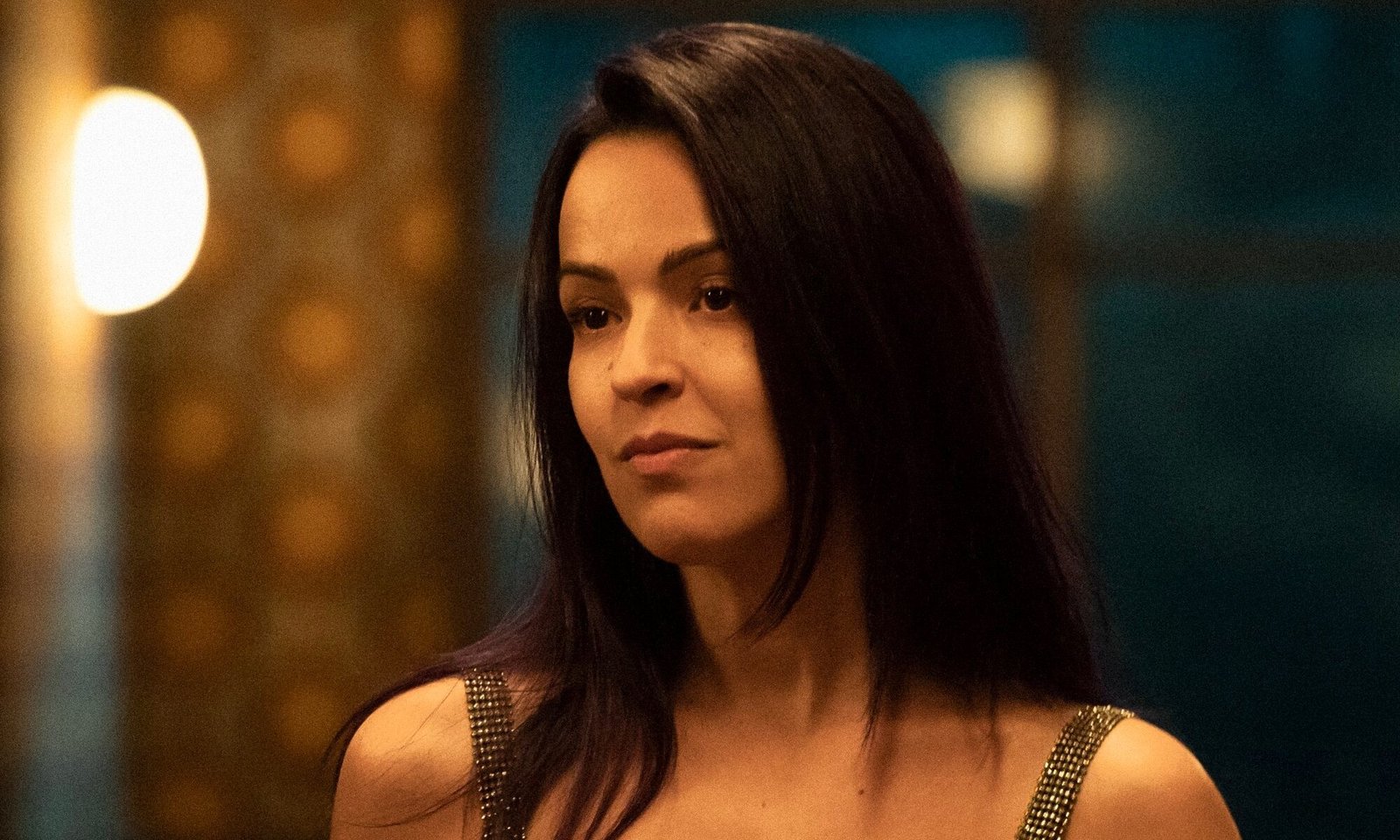 Verónica Sánchez plays Coral, one of the sex workers at Las Novias Club. She used to be a biologist and had a darker past. She now works as a prostitute to run away from her past. Sánchez is primarily known for her role as Eva Capdevilla in Los Serrano (2003-2006). She is also known for the movies Al sure de Granada (2003), El Calentito (2005), Las 13 Rosas (2007), and Gordos (2009). Sánchez is 45 years old and possibly single.

We definitely expect to see Coral in Sky Rojo Season 3. At the end of the 2nd season, we saw her losing 1 eye while fighting with Moisés. We’re looking forward to seeing whether she’ll be getting over her drug problem in the show’s final. 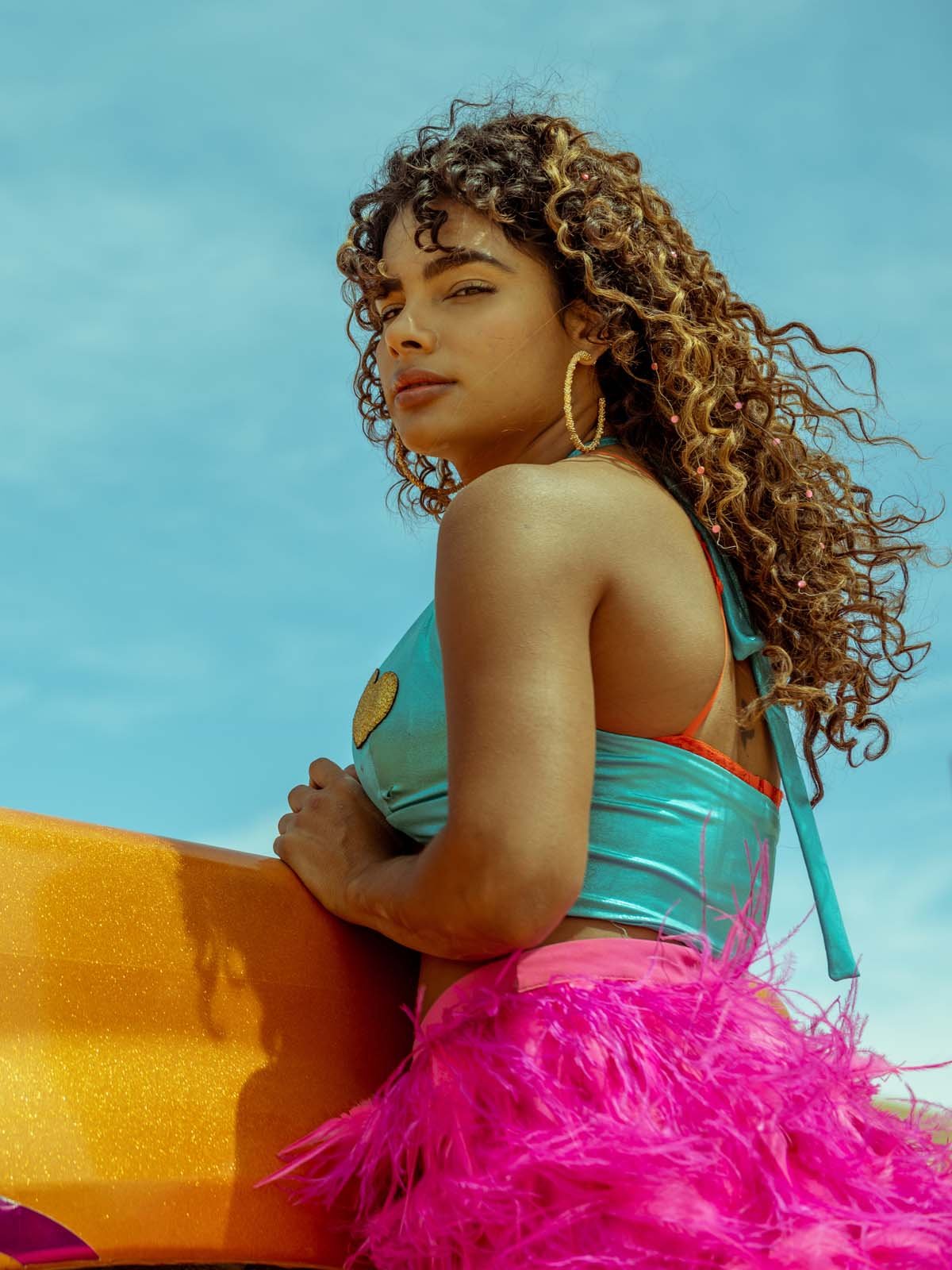 Yany Prado is also a part of the cast of Sky Rojo, playing Gina, a Cuban woman who thought she would be waitressing but ended up being forced to work as a prostitute. The 31-year-old Cuban actress is known for  La doble vida de Estela Carrillo (2017), Tres Milagros (2018), and La reina soy yo (2019). Prado is dating Tiago Kadú Correa Girrulat, and she shares many photos and videos with her boo on her Instagram.

We expect Gina to reappear in the 3rd season of the series. Another cast member is Asier Etxeandia, who plays Romeo, the character we mentioned above. He is known for Velvet (2014-2016), Velvet Colección (2017), and Pain and Glory (2019). Etxeandia is 47 years old and is openly gay. He married film producer José Luis Huertas in 2020.

We think Romeo will appear in Season 3 with his evil plans. 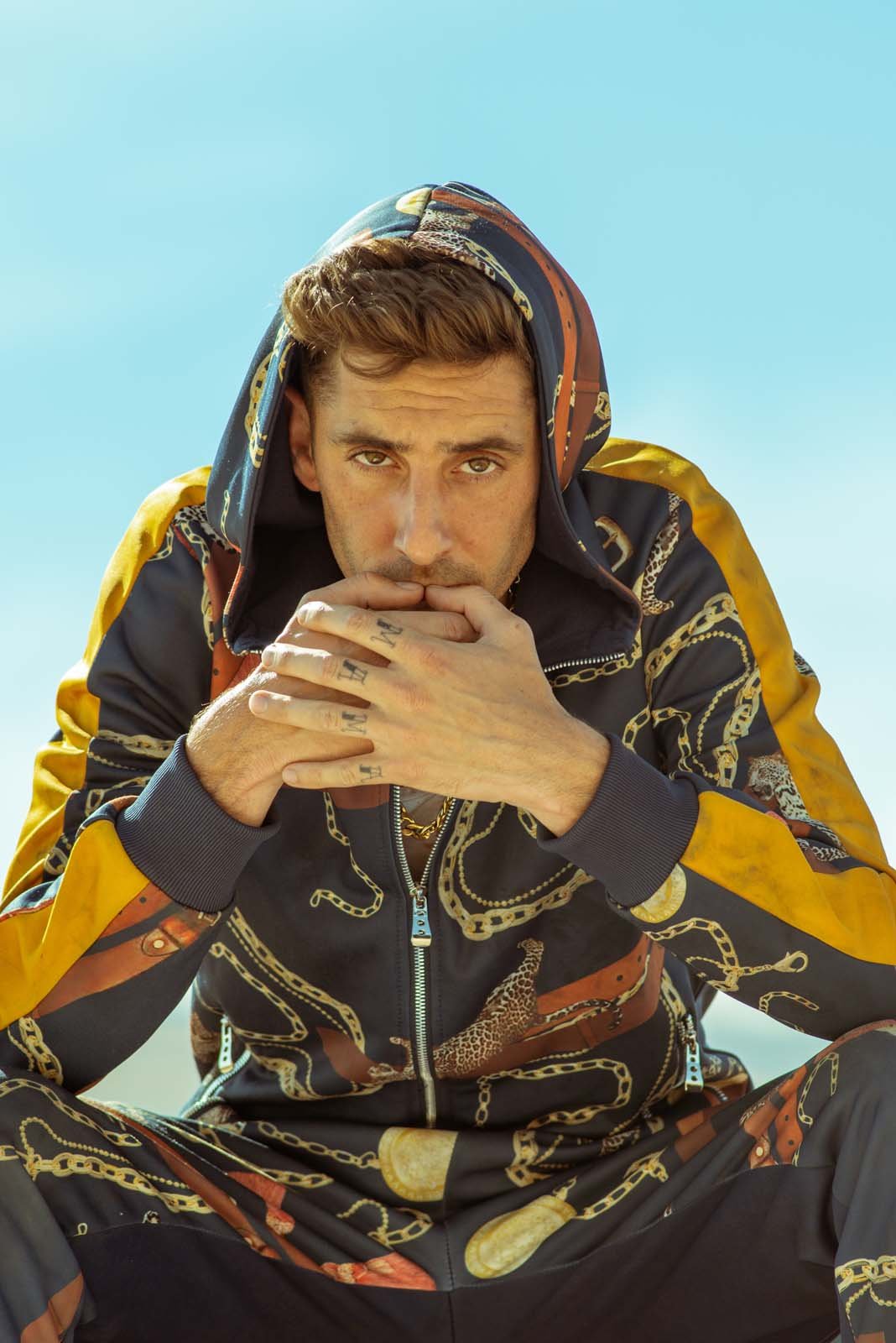 The last cast member on our list is Enric Auquer, whose character Christian died in Season 2. So, we don’t expect the character to reappear in the final season (except maybe in flashbacks.) Auquer is a 34-year-old Spanish actor known for Perfect Life (2019) and La línea invisible (2020). He is pretty secretive about his dating life, so we don’t have much clue about his partner. 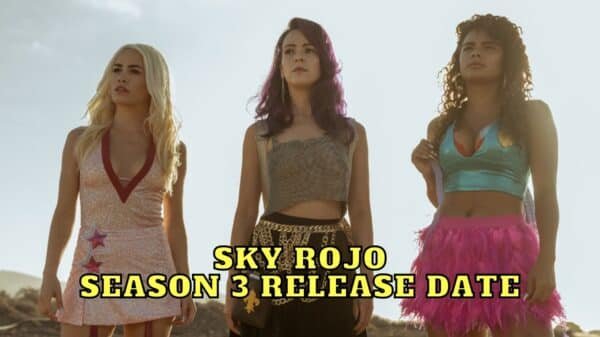 Sky Rojo (2021- ) is a Spanish black comedy action crime drama about 3 prostitutes who run away from their pimp. The Netflix show...