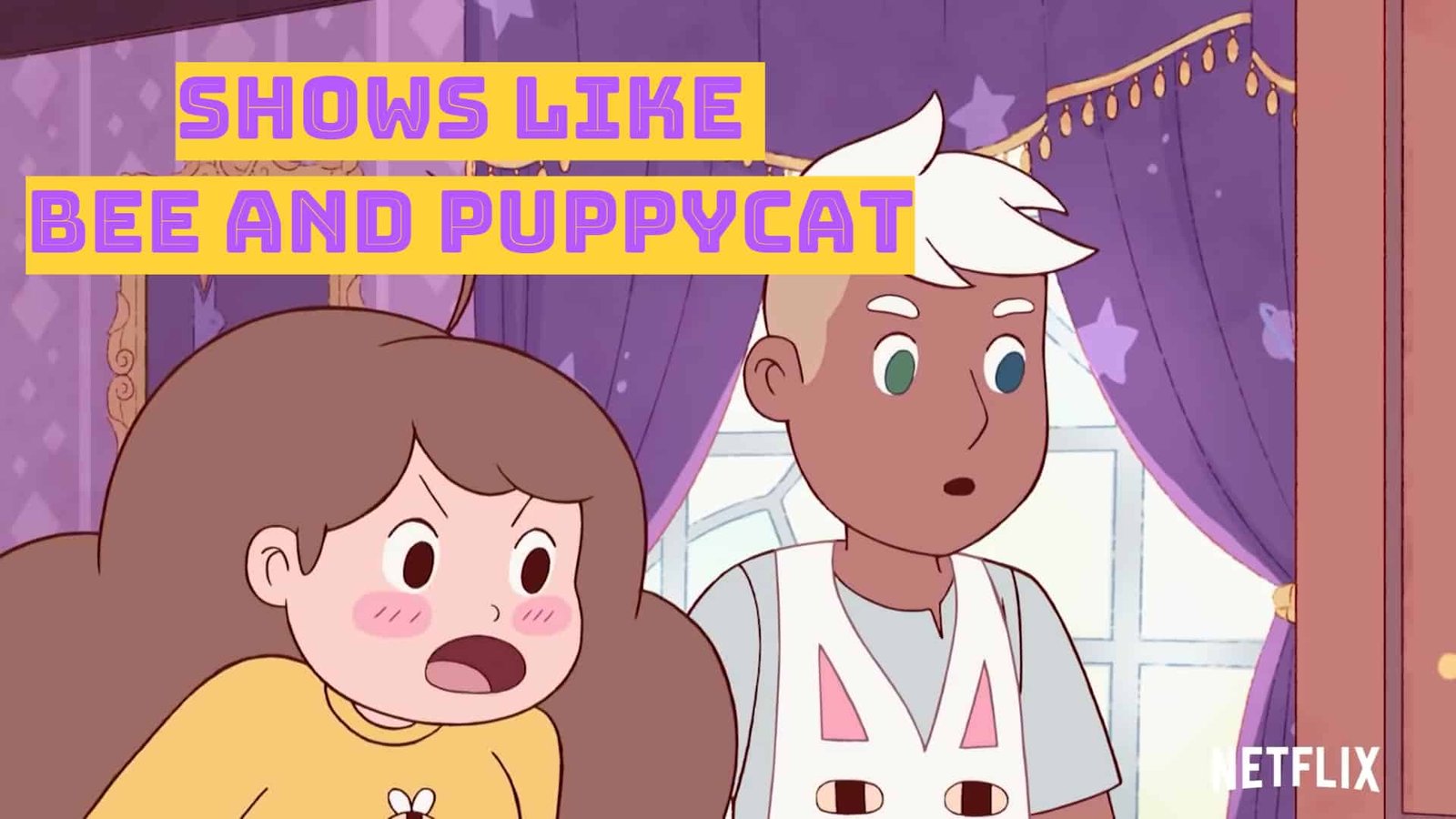 Natasha Allegri is the creator and writer of the American animated streaming television show Bee and PuppyCat. The series’s protagonist is Bee, a young, unemployed lady in her early twenties who meets PuppyCat, a strange creature. She adopts this seeming cat-dog hybrid, and the two work several temporary jobs to help her pay her rent each month.

The pair travels to odd places in space as a result of these peculiar jobs. The animation for episodes 7 through 10 was provided by the South Korean studio Dong Woo Animation and was produced by Frederator Studios. The Japanese company OLM co-produced and animated the second season of Bee and PuppyCat: Lazy in Space.

Also, check out: 5 Best Animated Movies For The Fans Of Kung Fu Panda!

Matt Groening produced the American animated satire and fantasy sitcom Disenchantment for Netflix. After previously creating The Simpsons and Futurama for the Fox Broadcasting Company, the series is Groening’s first work to be released solely online. The series centers on Bean, a disobedient and drunken princess, her gullible elf companion Elfo and her destructive “personal demon” Luci.

The series, which is set in the made-up medieval European realm of Dreamland, centers on Bean, a disobedient, drunken, and intrepid princess, as well as her elf companion Elfo and Luci, her destructive but loving “personal devil.” The group investigates Dreamland and other nearby regions throughout four parts and unearths a fantastic scheme. 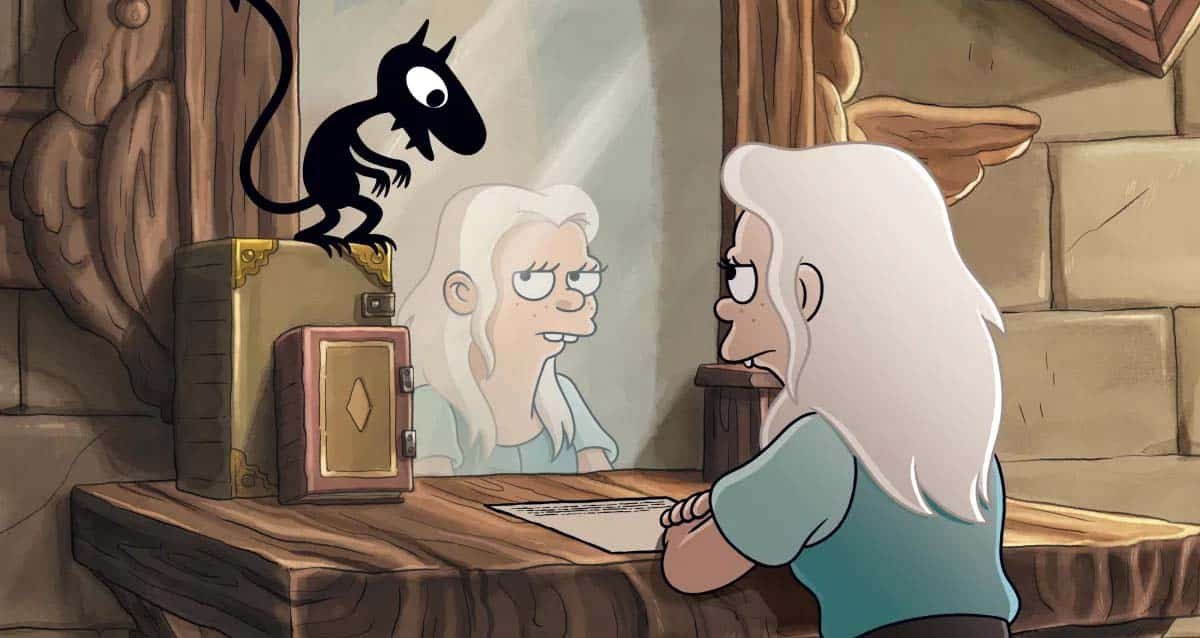 2. The Disastrous Life of Saiki K.

The anime television series The Disastrous Life of Saiki K., created by Egg Firm and J.C. Staff, is based on the Shichi As manga series, which was written and published in Shueisha’s Weekly Shnen Jump magazine. The show centers on Kusuo Saiki, a high school student with various psychic skills who is plagued with suffering as a result of both his abilities and the unusual people he encounters every day. 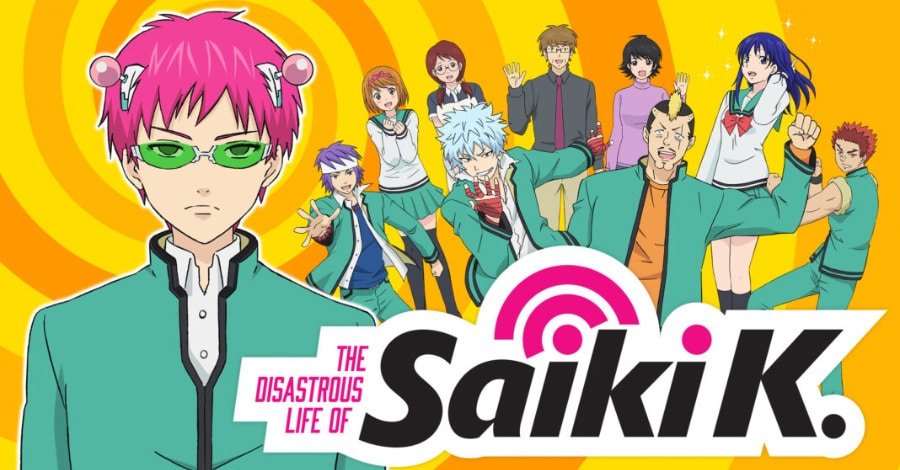 The Disastrous Life of Saiki K. – Shows Like Bee and PuppyCat

Aggretsuko is a Japanese animated comedy streaming television series based on the same-named character created by “Yeti” for the mascot business Sanrio. It is also known by its original Japanese name, Aggressive Retsuko. The character debuted on TBS Television between April 2016 and March 2018 in a run of animated shorts produced by Fanworks.

Retsuko is a 25-year-old single anthropomorphic red panda working in the accounting department of a Japanese trading firm. Retsuko’s anguish leads to a series of events that endanger her career after five years of doing the daily grind. 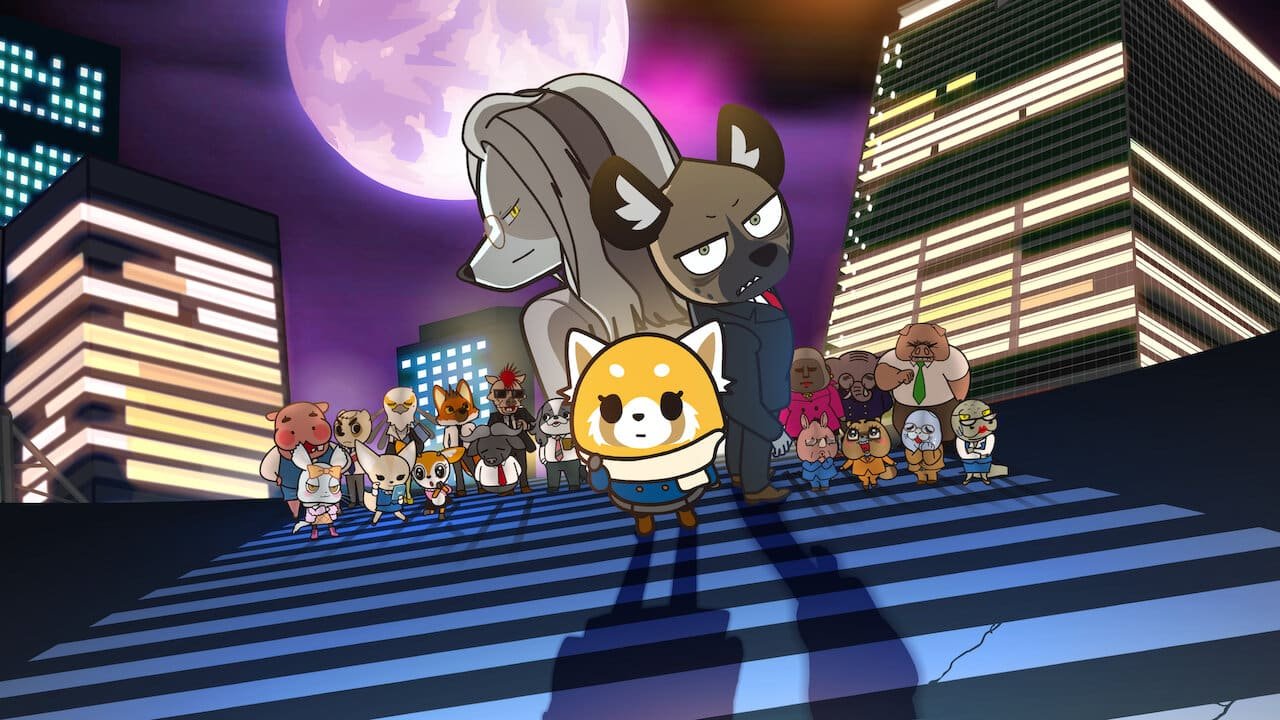 Bisco Hatori is the author and illustrator of the Japanese manga series Ouran High School Host Club (J). The show centers on Ouran Academy scholarship student Haruhi Fujioka and the other members of the well-liked host club. The relationships both inside and outside the Club are the main subject of romantic comedy.

The comedy series centers on the antics of Haruhi Fujioka, a scholarship student at Bunkyo, Tokyo’s elite Ouran Academy, a made-up school for affluent children. The Third Music Room, where the Ouran Academy Host Club, a group of six male students, congregates to amuse female “customers” with sweets and tea, is abandoned when Haruhi is looking for a peaceful place to study. 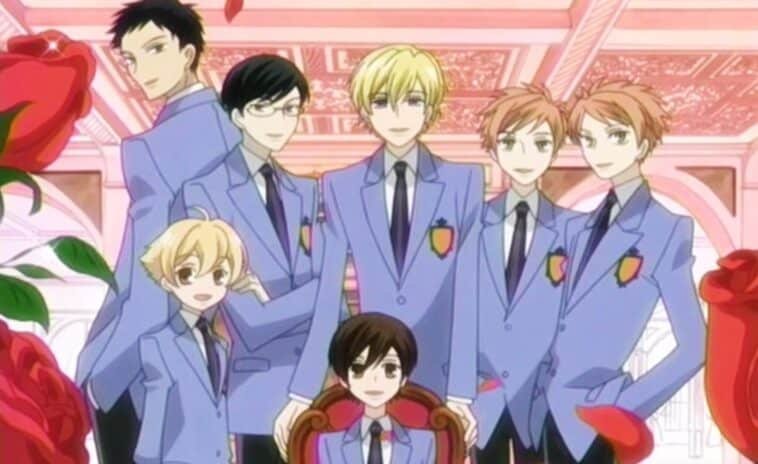 An animated mecha streaming television series called Voltron: Legendary Defender was created by the American production companies DreamWorks Animation Television and World Events Productions and animated by the South Korean studio Mir. It is a revival of the Voltron series and the Japanese anime Beast King GoLion. The animation combines conventional energy with anime influences for the characters and backdrops and CGI for the Voltron action sequences.

The science fiction setting of Voltron: Legendary Defender allows for the utilization of planetary energy, or “quintessence,” to power both machines and magic. The Voltron Paladins must learn how to cooperate in order to build the enormous robot Voltron and use it to overthrow the evil Galra Empire. The Voltron TV series chronicles their exploits. 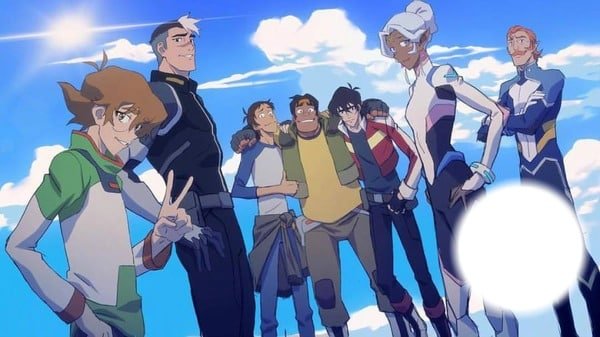 Pendleton Ward, the creator of Adventure Time, and comedian Duncan Trussell are the minds behind the American adult cartoon streaming television program The Midnight Gospel. It will debut on Netflix on April 20, 2020 and is Ward’s first animated project for the service. It transforms honest podcast conversations between Trussell and different guests into fantastical journeys.

The main character, Clancy Gilroy, lives on a planet where simulation farmers use bio-organic computers to create worlds from which they harvest resources and new technology. Each episode revolves around Clancy’s travels through planets within the simulator, with the beings inhabiting these worlds as guests he interviews. 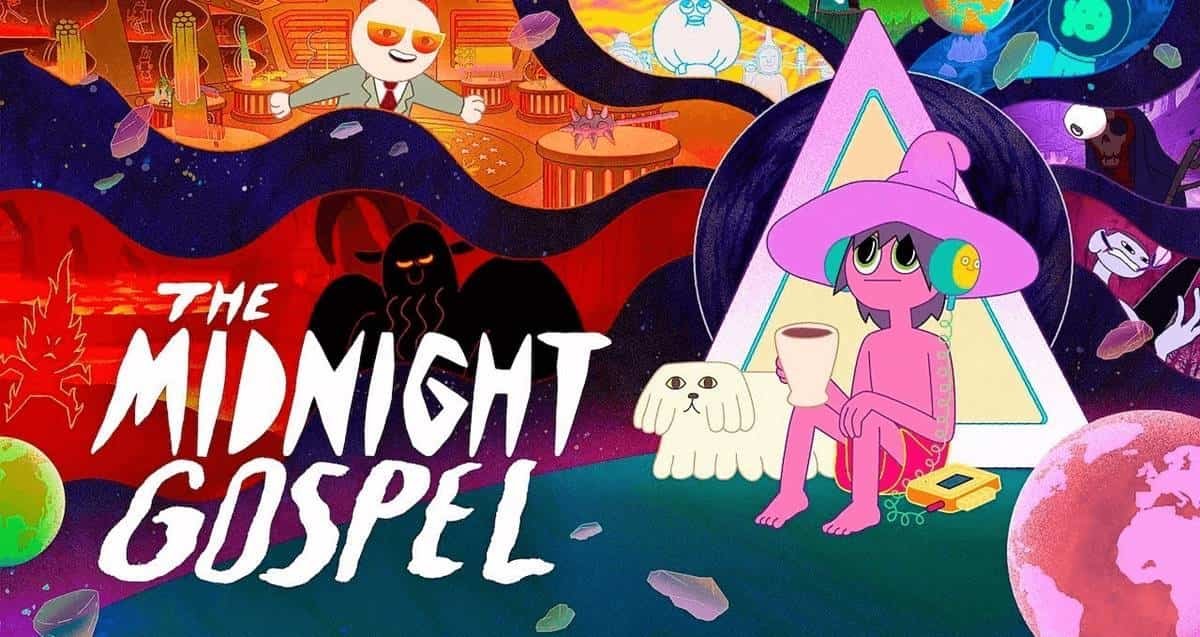 For similar content, check: Big Mouth Season 6 News! – Everything We Know So Far!