Thankfully, a 4th season was announced, but the actors became increasingly in demand in the months afterward. It appears that this might be the beginning of the end for the series because of the casting problems according to the Sex Education Season 4 news. Here’s all you need to know about what’s been going on with the series! Sex Education would not be the same without its A-list ensemble cast, but we have some bad Sex Education Season 4 news for the fans of the series. We know how each of them brings a colorful and wonderfully strange persona to life, but some of them might be leaving the show. It appears that we’re set to receive a slew of new characters since several actors have indicated they won’t be returning according to the newest Sex Education Season 4 news.

Asa Butterfield will return as Otis, and Gillian Anderson will reprise her role as his sex therapist mother Jean for the next season, but other than these two, we’re not sure anymore given that stars we assumed who would definitely comeback have either announced they’re pulling out or have been connected to huge projects. 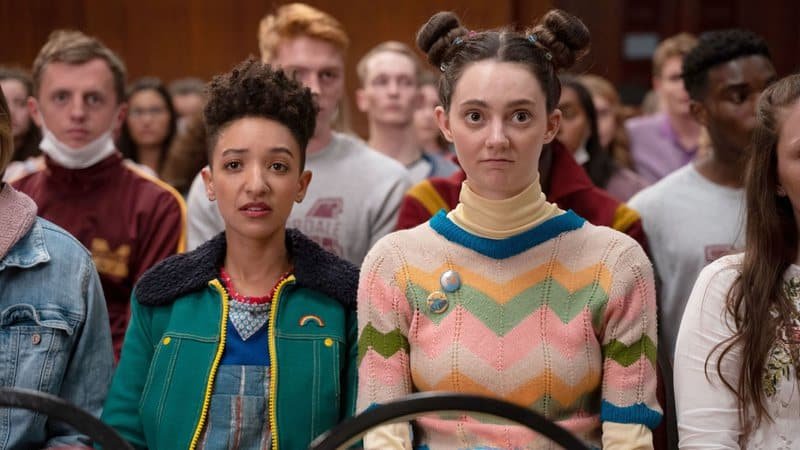 The big Sex Education Season 4 news is that Tanya Reynolds has stated that her character will not return for the 4th season. Reynolds played the quirky Lily in the first 3 seasons of Sex Education, but she said she will not be there for Season 4. “I’m not returning to the show, which is terrible, really sad,” she said, adding that when they have such large ensemble casts and so many characters, it was only natural for her to go.

Patricia Allison, who played Lily’s lover Ola, recently announced that her character will not be returning, and Simone Ashley will also be among the cast changes. Ashley first appeared as Olivia before being cast as Kate Sharma in Bridgerton, and she will continue her work in the popular historical series. Sex Education was officially granted the go-light for Season 4 in September 2021 according to the Sex Education Season 4 news, however, that is all we know right now. There is no word on when the program will return to production, and because of the epidemic, Season 3 interrupted the show’s tradition of being published in January. COVID regulations made filming slow and unpleasant according to the creators.

According to the newest Sex Education Season 4 news, filming began in early July 2022 but has shifted from its previous location at the University of Wales campus in Caerleon, and there have been requests for school extras because the characters are now dispersed around the area. It is doubtful that we will see the next season in 2022, but next year might bring us luck.

What happened in Sex Education Season 3? Sex Education Season 3 was full of emotions and twists, but Maeve had a fantastic season on Sex Education as she and Otis were on the outs as she drew closer to Isaac, who finally achieved his desire and became her boyfriend. Maeve also had a minor spat with Aimee and saw a lot of her little sister at her foster mom’s house. However, Maeve and Otis reconciled their emotions for one other when Isaac admitted to listening to and then deleting Otis’ voicemail, leading Maeve and Otis to kiss. Maeve had to admit to Isaac some stuff, and this resulted in yet another split in Season 3.

On the other hand, Maeve was given a once-in-a-lifetime opportunity to continue her studies in the United States, however, there were various roadblocks in Maeve’s path. After her mother provided the necessary funds and Aimee pushed her to travel despite reuniting with Otis, she was ready to depart for her new future. Another good Sex Education Season 4 news is that Maeve said they’d have to see where they’re at when she back, indicating their romance might continue in the next season.

Season 2, and she did not tell Jakob about it for a long time. After the news was out, they were trying to figure out the best method to co-parent. As a result, Jakob and Ola moved in with Jean and Otis, but this did not go well. Yet, by the time Jean gave birth, they appeared to be getting along, but Jean noticed that the baby might not be Jakob’s.