Will There Be a Romy and Michele Sequel? Romy and Michele Sequel is in the works!

It’s been almost 25 years since Romy and Michele’s High School Reunion hit the big screen in 1997. The film is a cult classic and has been eagerly awaited for a sequel ever since its release. But will there be a Romy and Michele sequel? We’ve wonderful news for you! During an appearance on The Jess Cagle Show on SiriusXM, Lisa Kudrow stated that Robin Schiff, the film’s creator, is working on a Romy and Michele sequel. So apparently Kudrow has already been cast in the sequel.

In addition, her co-star Mira Sorvino said in an interview on Today with Hoda & Jenna, “I can unofficially hint that we’re closer than ever to getting something done.” So, we know that Sorvino is also in the cast of the Romy and Michele sequel! 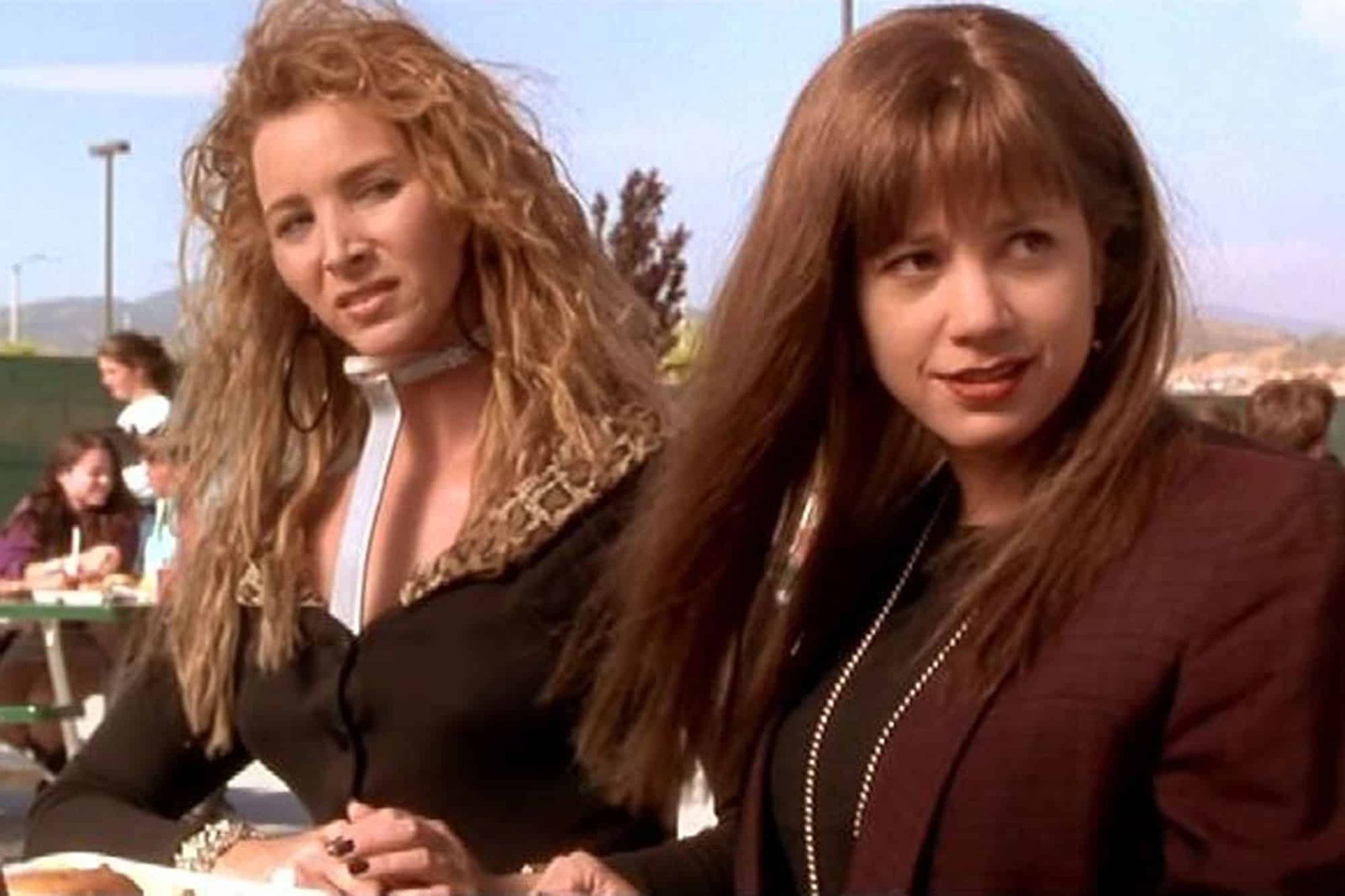 Romy and Michele during high school.

Here’s a recap for you to recall what happened in the first film while waiting for Romy and Michele sequel. At the beginning of the film, Romy works as a cashier in the service department of a Jaguar dealership. There she meets her high school friend Heather, who informs her about the ten-year high school reunion in Tucson, Arizona. Although Romy and her best friend Michele, with whom she’s lived in L.A. for ten years, aren’t invited to the party, they decide to go.

However, they realize that their lives haven’t gone well since high school: Romy works as a cashier, Michele is unemployed and neither of them has a boyfriend. Therefore, they decide to pull themselves together: they’ll lose weight, make rich friends in two weeks, and besides, Michele will find a good job.

The two friends go to the gym together, although sports aren’t their thing at all. They love to eat junk food and have a totally unhealthy diet. Moreover, they don’t seem to have a clue about sports, because they run on the treadmill in high heels! Meanwhile, Michele is looking for jobs as a saleswoman in the stores of famous clothing brands, while Romy is looking for wealthy boyfriends for her in nightclubs. But neither of them becomes successful. They fail to lose weight, make friends, and find a good job for Michele.

So while flipping through Vogue, it occurs to Romy that they could pretend to be businesswomen instead of actually being one, because it’s obvious they can’t be that in two weeks. So Romy takes a car, seducing the man who works in the repair department at her workplace, she and Michele get dressed and head off to Tucson.

Meanwhile, they get the idea to tell everyone at the party that they run their own business and invented Post-its. However, they start arguing about which one of them is smarter and prettier and decide to split up once they arrive at the party. Shortly after, we see Michele and Romy at the party, where they tell everyone the lie that they invented the Post-its. Romy runs into her high school sweetheart Billy, who’s suddenly attracted to her, while Michele hangs out with Sandy, who was obsessed with Michele in high school and has become extremely rich in ten years. When everything is going more than perfect for the two girls, we see Michele sleeping in the car and find out that it was her dream.

In reality, however, things don’t go as perfectly as they did in Michele’s dream. She and Michele go to the party separately and tell people the lie that they made up the Post-its. However, their lie is exposed by Heather, who reveals who really invented the Post-its. Also, Romy finds out that Billy married Christie, who he dated in high school and who was bullying Michele and Romy at the time. Again, the BFFs are bullied and everyone makes fun of them for lying. However, Michele reconciles with Romy and they decide to show up as they’re. 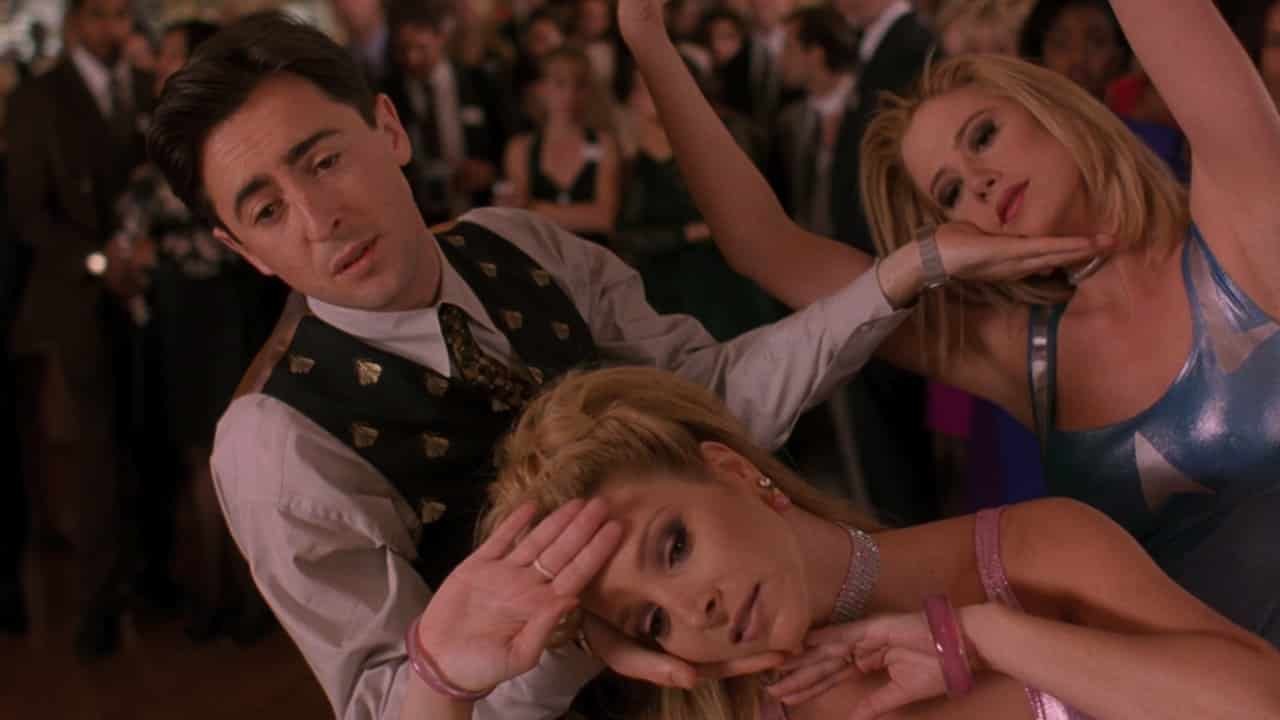 Romy, Michele and Sandy are dancing at the party.

Therefore, the two of them show up again, but this time in their fancy dresses instead of black suits. Meanwhile, Sandy shows up at the party and lands in a helicopter. As in Michele’s dream, he’s become extremely rich and is still obsessed with her. The two reconcile and Romy, Michele and Sandy perform a dance that’s gone down in cinema history.

Then it turns out that Billy isn’t happy with Christie and is ready to cheat on her with Romy. However, Romy decides to take revenge on him by accepting his offer and making him wait in the room. In return for him making her wait at the prom, even though he accepted to dance with her. Shortly after, Romy and Michele board Sandy’s helicopter to return to L.A. with him.

Six months later, Romy and Michele have opened their own clothing brand. They seem very happy with themselves and their lives.

Why is Romy and Michele So Popular?

The reason Romy and Michele is so popular is because the movie is about being and accepting who you’re. Although Romy and Michele try to hide their personalities and lifestyles in the beginning, in the end they manage to show themselves as they’re, taking the risk of being ridiculed. Moreover, they’ve shown the courage to accept their mistake of lying. That’s why the film is a cult classic about self-acceptance and self-realization.