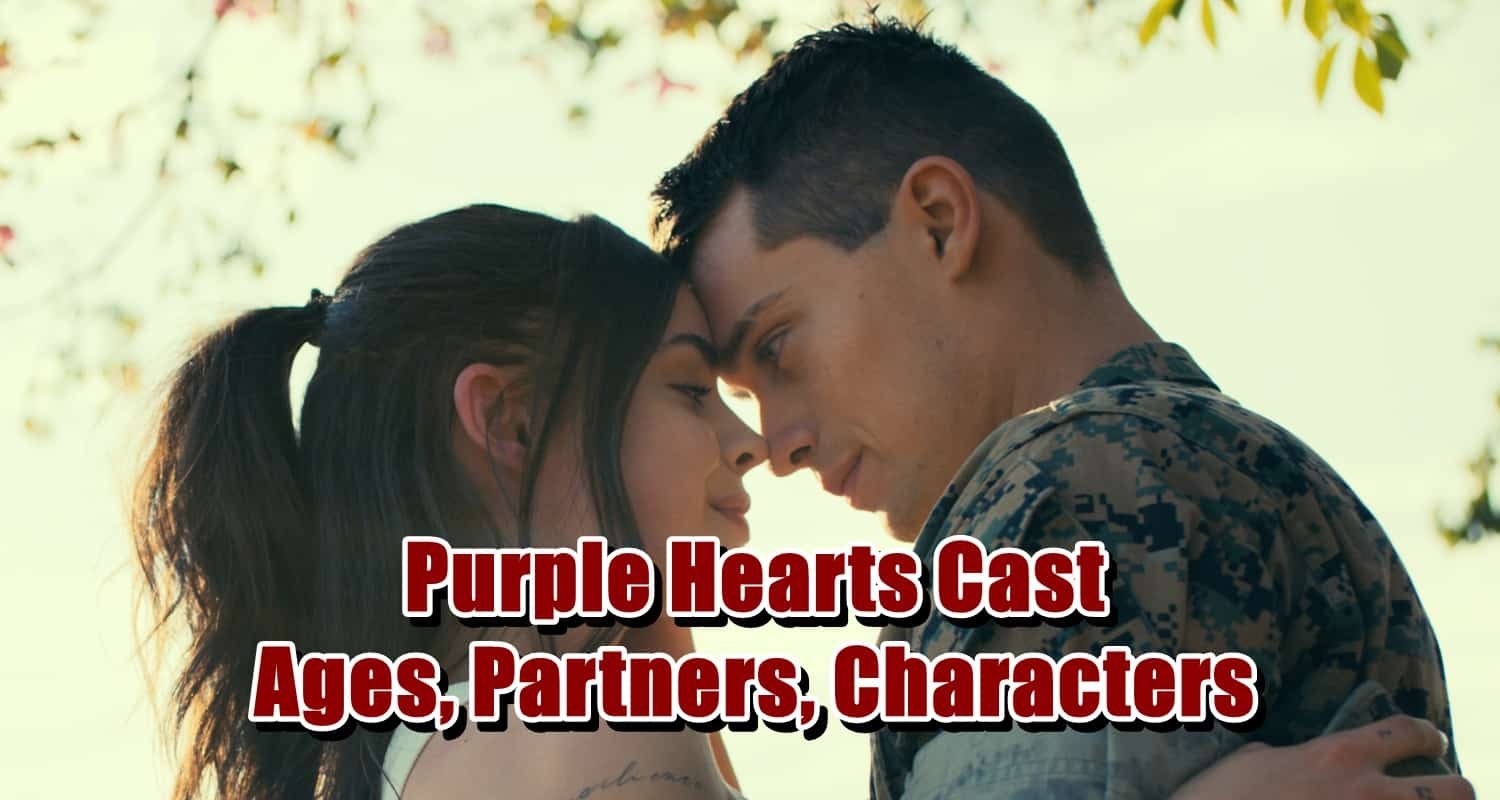 Purple Hearts, starring Sofia Carson in the Purple Hearts cast, was released on Netflix this year, and we’ve been keeping tabs on all the pertinent information regarding the actors who are in the movie, and we are ready to share.

Purple Hearts is a cinematic version of Tess Wakefield’s 2017 novel of the same name, and it was revealed that Elizabeth Allen Rosenbaum directed the movie from a script co-written by Kyle Jarrow and Liz Garcia. Purple Hearts is the story of two people whose fictitious marriage becomes all too real, but who did we watch in the Purple Hearts cast?

Here’s a more in-depth overview of the movie: Cassie Salazar and Luke Morrow are the opposites while Cassie is a sharp-witted young woman, Luke is an Army recruit to be shipped away for deployment. An accidental meeting at Cassie’s pub alters the path of both of their lives while Cassie is drowning in medical expenditures as a result of her diabetes diagnosis.

Now let’s see who is in the Purple Hearts cast and where we remember them from, as well as their ages, partners, and characters. 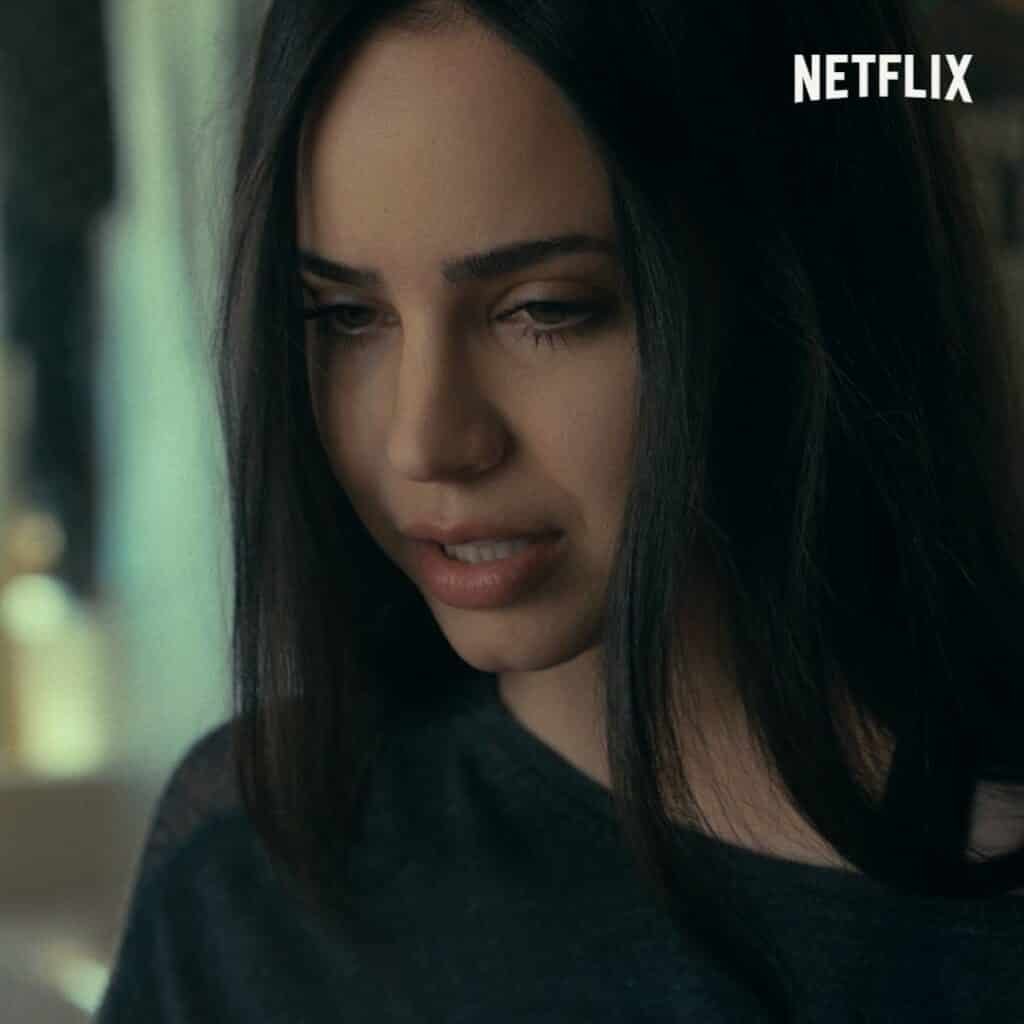 Sofia Carson plays Cassie in Purple Hearts cast. Sofia Carson is an American singer and actor whose first television debut was as a guest star on the Disney Channel’s Austin & Ally. In 2015, she starred as Evie, the Evil Queen’s daughter, in the Disney Channel Original Movie Descendants, and she starred in Adventures in Babysitting as Lola Perez, Tini: The Movie as Melanie Sanchez, and A Cinderella Story: If the Shoe Fits as Tessa in 2016.

Carson appeared as Ava Jalali in the Freeform drama series Pretty Little Liars: The Perfectionists. She is currently 29 years old and was born on April 10, 1993. 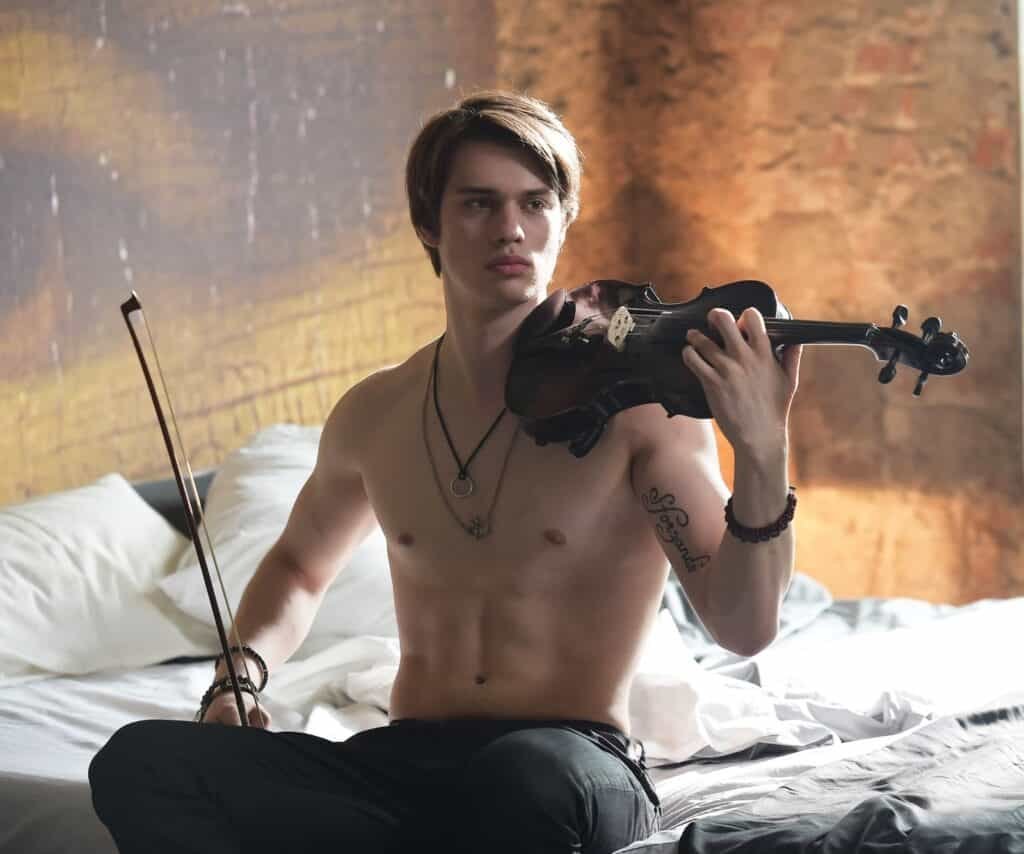 Nicholas Galitzine plays Luke in the Purple Hearts cast. Nicholas Dimitri Constantine Galitzine is an English actor who has appeared in films such as High Strung (2016), Handsome Devil (2016), and Cinderella (2021). His father is an entrepreneur from a line of Russian aristocrats and a Greek-American is his mother.

It is known that Galitzine joined the choir at the age of 10 and went to Dulwich College in London after high school, later joining a juvenile theatrical group at the Pleasance in Islington to pursue acting opportunities. He is currently 27 years old and was born on September 29, 1994. 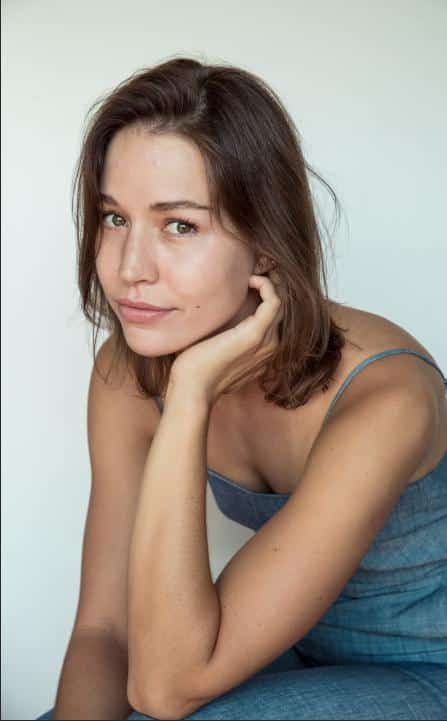 Kendall Chappell plays Mila in Purple Hearts cast. Kendall spent her high school years swimming, running track, and playing on the women’s tennis team before becoming an actor and she spent her summers as a camp counselor at the Ann Arbor YMCA’s Camp Algonquian, modeling for local photographers, and appearing in student and short films, so she was very active.

She began focusing on acting after being admitted to the University of Michigan for a dual degree in Theater and Art & Design and has performed in feature films such as David Schwimmer’s Trust. She is currently 31 years old and was born on July 7, 1991. 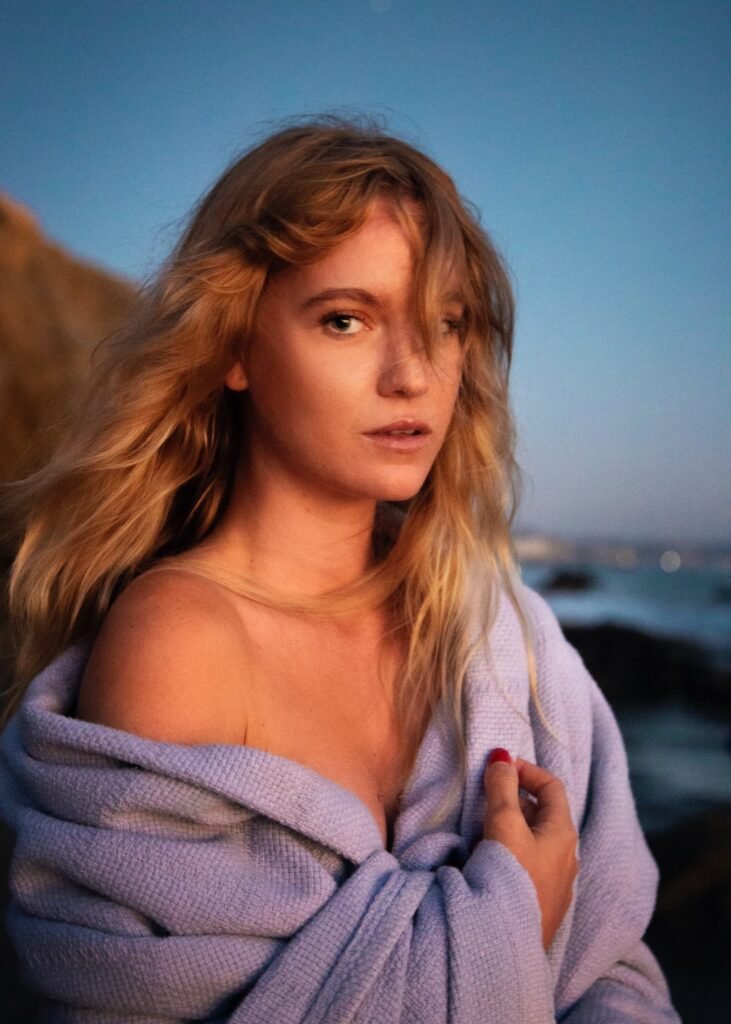 Sarah Rich plays Hailey in Purple Hearts cast. Sarah Rich was born on October 18 to parents who are also her strongest supporters as she has long fought between wanting to follow her ambition of being a celebrity and wanting to settle down and be a parent. Sarah began acting and dancing on stage at the age of two, and she made her professional debut in the musical 42nd Street. She is 25 and single. 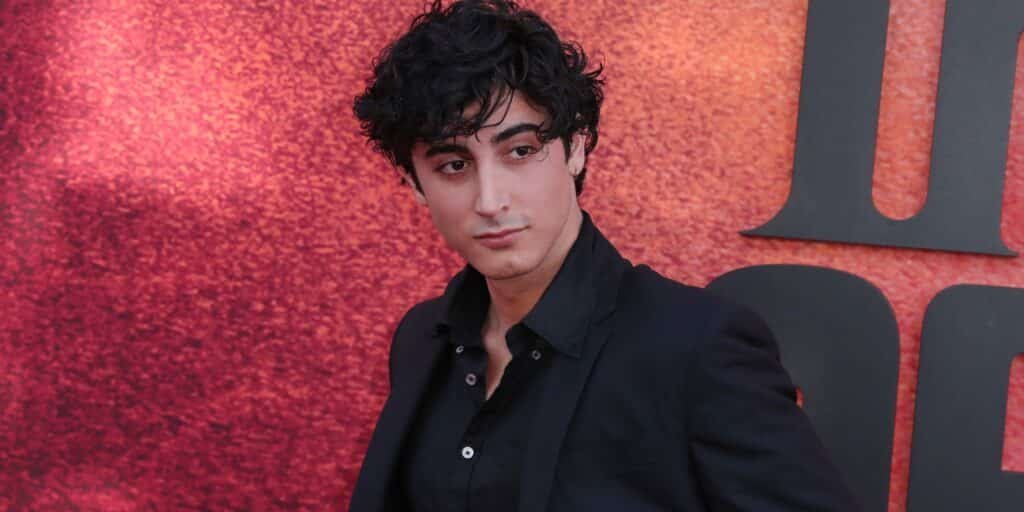 Anthony Ippolito is an actor who plays George Wright on Netflix’s Grand Army. He grew up on Long Island and attended West Islip High School, he subsequently attended Baruch College, where he played baseball.

Anthony has spent a significant portion of his life performing, which means that his experiences have been significantly different from his age; he did, however, get to have a regular college experience. However, it looks like he dropped out of school to pursue acting before graduating, which was very unfortunate. He is known to be 22 years old and single. 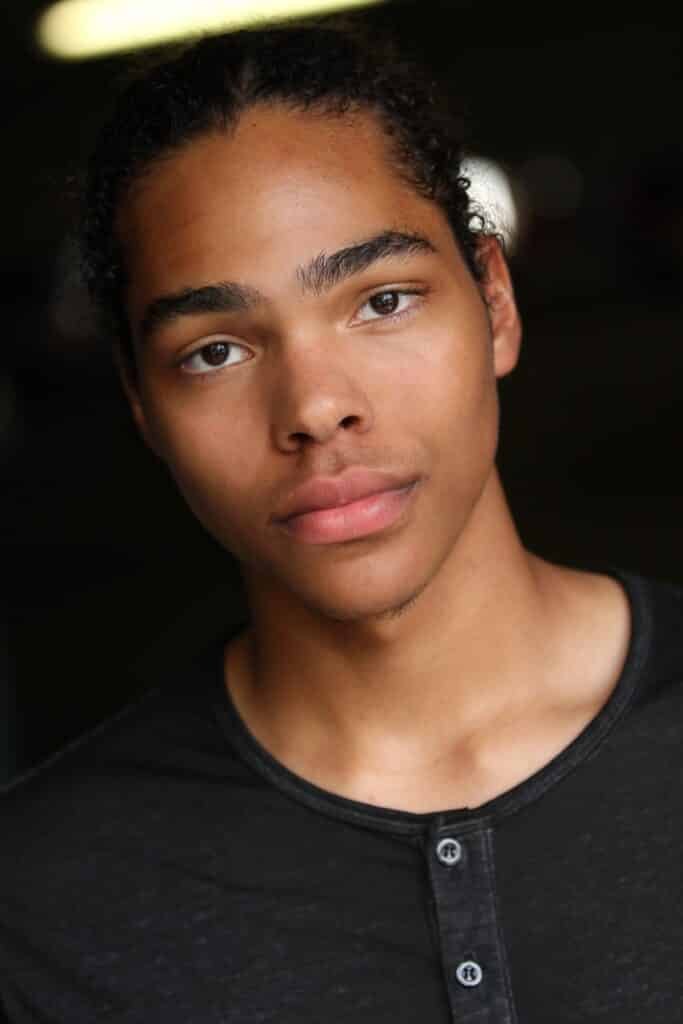 Nicholas Duvernay plays Armando in Purple Hearts cast. Nicholas Duvernay is a well-known American actor who is best recognized for his roles in Tyler Perry’s Assisted Living (2020), My Dead Dad (2021), and Aces High (2020) and was born in Los Angeles in the United States. His age and partner are not known to the public.