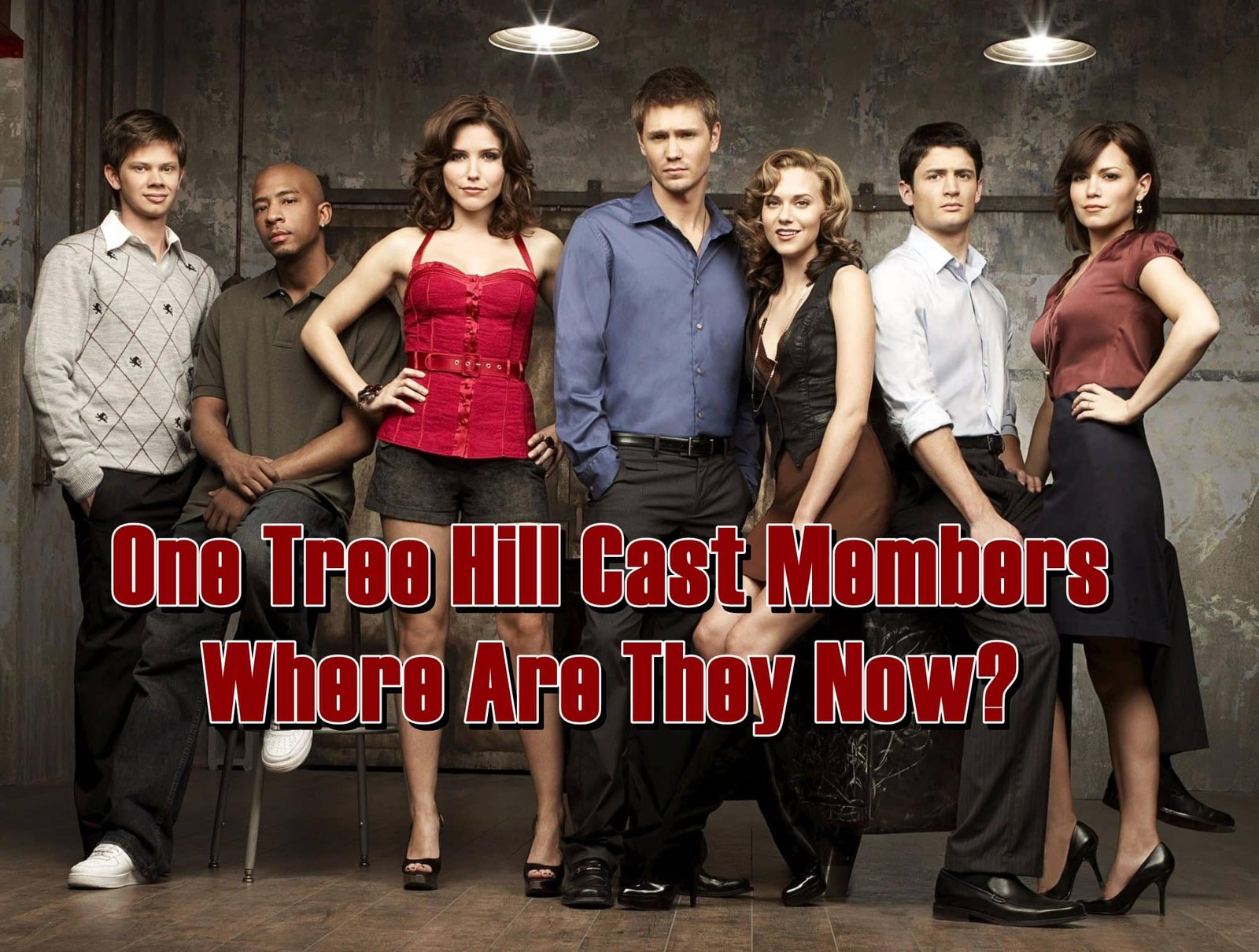 One Tree Hill Cast Members - Where Are They Now

It’s difficult to think about teen dramas without recalling One Tree Hill, but do you wonder where are the One Tree Hill cast members now? It has become one of the most remarkable in history because of the connections, friendships, startling deaths, and tragedies, from 2003 until 2012, Mark Schwahn’s series ran for 9 seasons. It debuted on The WB before moving to The CW in 2006.

The show takes place in the fictitious town of Tree Hill, North Carolina, where two half-brothers, Lucas Scott and Nathan Scott, struggle to coexist in the same community, high school, and basketball team, so where is the One Tree Hill cast members now?

Also Read: Victorious Cast – Where Are They Now? When the show first started, One Tree Hill cast member Lafferty was 18, and now he is 37 years old. Lafferty’s breakout role on One Tree Hill was as Nathan Scott, a bad-boy-turned-loving-husband and he went on to star in a number of films after the show ended, including Oculus, Waffle Street, and Small Town Crime. In addition, he directed several episodes of Royals. He and One Tree Hill co-star Stephen Colletti penned the pilot Everyone Is Doing Great in 2017, and the program will premiere on Hulu in 2021.

One Tree Hill cast member Lafferty now lives in Los Angeles, California, and on September 7, 2020, he announced his engagement to Australian actress Alexandra Park. After meeting on the set of The Royals, where Lafferty directed many episodes, the pair began dating in 2015, and on May 23, 2022, they married. When the show first started, One Tree Hill cast member Bush was a 21 years old young woman, now she is 40. Bush played Brooke Davis, a gorgeous, confident, and popular cheerleader at Tree Hill High, throughout the series, she matured into a dedicated entrepreneur who, by the conclusion, was married to Julian and the mother of twins. She went on to feature in other blockbuster films, including John Tucker Must Die and The Hitcher, and become an activist.

She secured a development agreement with 20th Century Fox TV in 2017: in 2020, she starred in an episode of This Is Us and had a recurring role on Hulu’s Love, Victor. She created a revisit podcast with Lenz and Burton in 2021 and started dating businessman Grant Hughes in May 2020 and announced their engagement on Instagram in August 2021. One Tree Hill cast member Burton was 21during the 1st season of the show, now she is 40. Burton began her career as a VJ on MTV’s TRL and went on to get her first TV job on Dawson’s Creek, which led to her main role on One Tree Hill as the artistic, angsty cheerleader. She went on to star in White Collar, Grey’s Anatomy, and Lethal Weapon after departing the program with Murray.

Burton has been open about their inability to conceive on social media, claiming that it took five years to successfully bring a second child to term, and on October 5, 2019, she got married, and many of their One Tree Hill and Supernatural co-stars attended the wedding. It is obvious that her career took a rise after the teen drama One Tree Hill. One Tree Hill cast member Murray was 22 in the 1st season, not he is 41 years old. Murray was well-known prior to playing Lucas Scott, Tree Hill’s gloomy basketball star, and after appearing on Gilmore Girls and Dawson’s Creek, he joined One Tree Hill for 6 seasons, returning temporarily in season 7, then again for the final season. He appeared in feature films such as House of Wax and A Cinderella Story, in 2017, he returned to television as the lead in CMT’s Sun Records. He also married Sarah Roemer. He was a recurrent character in Riverdale Season 3, showing that his career took a rise after One Tree Hill. One Tree Hill cast member Lenz’s television career began with a starring position on Guiding Light, which she held until 2000, and she won the part of Haley James on One Tree Hill, the geeky girl in school who falls for the star athlete, after starring briefly on Charmed and Felicity. Lenz was 22 when she joined the cast of the show, now she is 41 years old. Lenz also began her music career on the show, releasing five albums, and went on to appear in films such as Agents of SHIELD, American Gothic, and Colon, and every year, she appears in a number of Hallmark Channel films.

Also Read: Best Of The Harry Potter Cast – Where Are They Now?