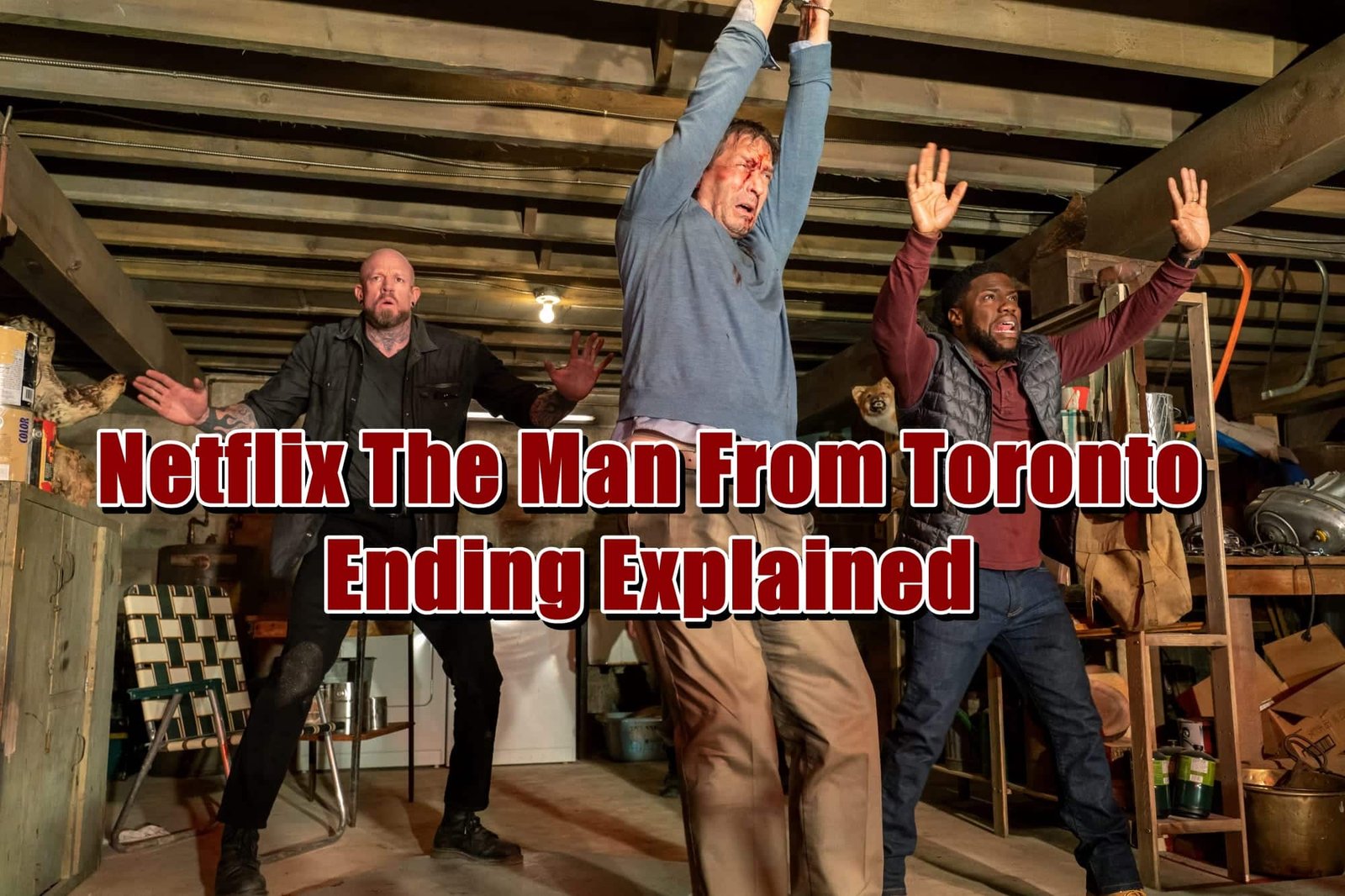 In the hilarious action-packed adrenaline ride Hart and Harrelson feature, we had an amazing The Man from Toronto ending, as the thrilling protagonists were doing what those two seasoned pros do best. We have been entertained from start to finish all thanks to the two actors’ efforts, and Ellen Barkin, Lela Loren, Kaley Cuoco, Pierson Fodé, Jasmine Mathews, Jencarlos Canela, Tomohisa Yamashita, and Kate Drummond joined them. 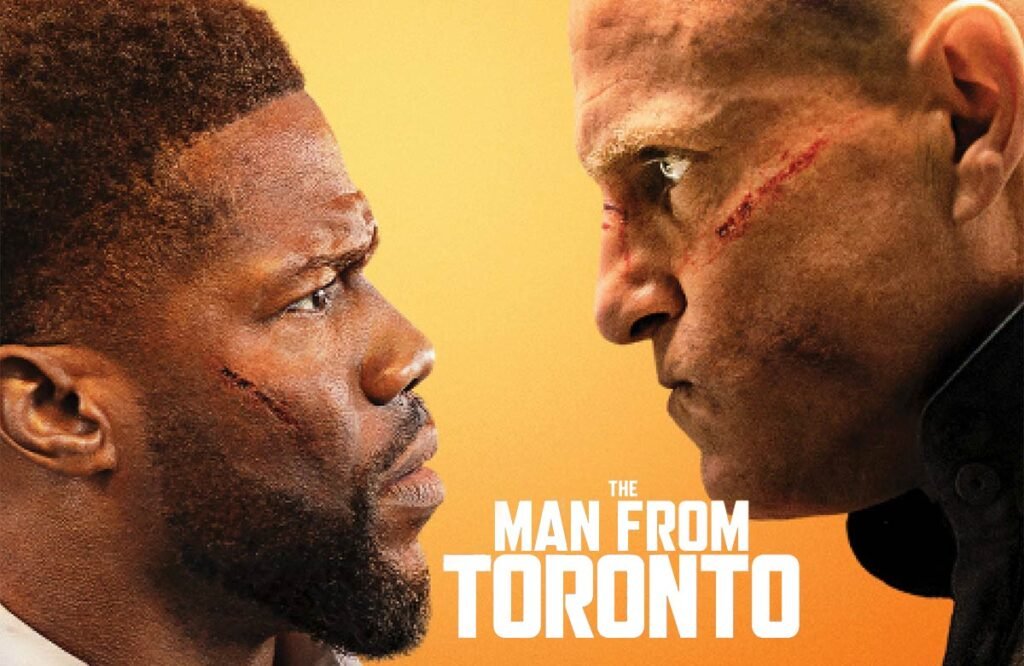 Netflix The Man From Toronto poster

Also Read: All Adam Sandler Movies Ranked From Best To Worst! – Including Hustle!

Patrick Hughes is the director of The Man from Toronto ending, and his prior works include The Hitman’s Bodyguard and The Hitman’s Bodyguard’s Wife; the film was created by Ramin Djawadi who is recognized for creating great music for shows. He created those amazing soundtracks you have heard in Game of Thrones, Metal Lords, Uncharted, and Westworld.

What is the movie The Man from Toronto about? The synopsis of The Man from Toronto is as follows: Harrelson portrays the eponymous character, a famed assassin and torture specialist, and he was just fit for the job. Federal officials are attempting to apprehend him. However, Hart’s character, Teddy, arrives at an Airbnb and is mistaken for the hired murderer, and things start to get complicated.

The authorities, as well as The Man From Toronto himself, now require Teddy to continue playing the lethal maniac, but Teddy is just an ordinary human. The eventual result is nothing short of a wickedly humorous, gut-busting good time, and you should definitely check this movie out.

Kevin Hart and Woody Harrelson shared a lot of stuff related to The Man from Toronto ending in an interview, saying we have to comprehend Teddy’s circumstances. They say the most important thing you shouldn’t do is Teddy things, which is the classic failure of judgment, and he is the best at doing it. Avoid basic difficulties because they will grow into major issues but Teddy seems like he is not capable of doing so. Teddy’s issues all began off little, but they quickly developed into much larger issues, which adds all the fun to the movie.

Where can I watch The Man from Toronto 2022?

The Man from Toronto was made available on Netflix on June 24, 2022, but it was actually Sony Pictures’ work. They had planned to distribute the picture in theaters on November 20, 2020, but it never happened because of the pandemic. Later, the film was postponed for January 14, 2022, to April 2021, and Netflix agreed with Sony Pictures to exclusively stream forthcoming films, including this one, finally making us able to view the movie.

Sony finally sold the film’s distribution rights to Netflix in April 2022, so the only place you can watch The Man from Toronto ending is Netflix.

Is The Man from Toronto filmed in Toronto? 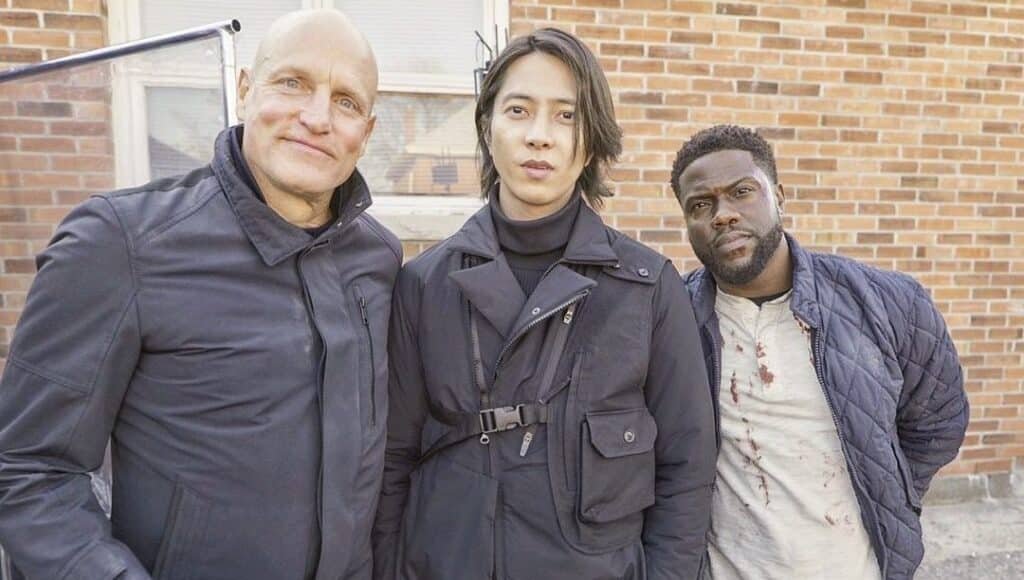 Netflix The Man From Toronto cast

The Man from Toronto was filmed in Toronto from October to December 2020, so yes, it is true. The movie was shot in Toronto. The production was initially scheduled for the United States, but the set was moved to Toronto because of the ongoing pandemic. Director Patrick Hughes revealed the new filming site on Instagram a month before production began, exciting all the people who have been waiting for the movie.

The Man From Toronto Ending Explained

The action-comedy adventure revolves around being in the wrong place at the wrong moment as Teddy is a sloppy salesman who simply wants to be at Airbnb, but things are never easy for her. The questions you all have are explained at The Man from Toronto ending with a surprising twist.

When he arrives, he has no idea what is going to happen to him, so Teddy goes from a customer of a vacation rental to be in FBI detention. At the end of the movie, Teddy and Toronto swap their IDs one last time, but this time it is for preventing the Colonel from bombing an explosive that would kill countless people.