Knives Out 2 Trailer has been released after a long wait. This movie, whose full name is Glass Onion: A Knives Out Mystery, is the sequel to the 2019 movie Knives Out. The movie does not actually contain a continuation of a story. In the first movie, a family mystery was solved and it was revealed why and by whom the murder was committed.

It looks like Detective Benoit Blanc will reveal another mystery this time in the movie Knives Out 2. Glass Onion: A Knives Out Mystery, which will be released on Netflix, is in the genre of crime, thriller and drama. The trailer of the movie, which is expected to be released in the coming months, is finally out and it is possible to watch it. 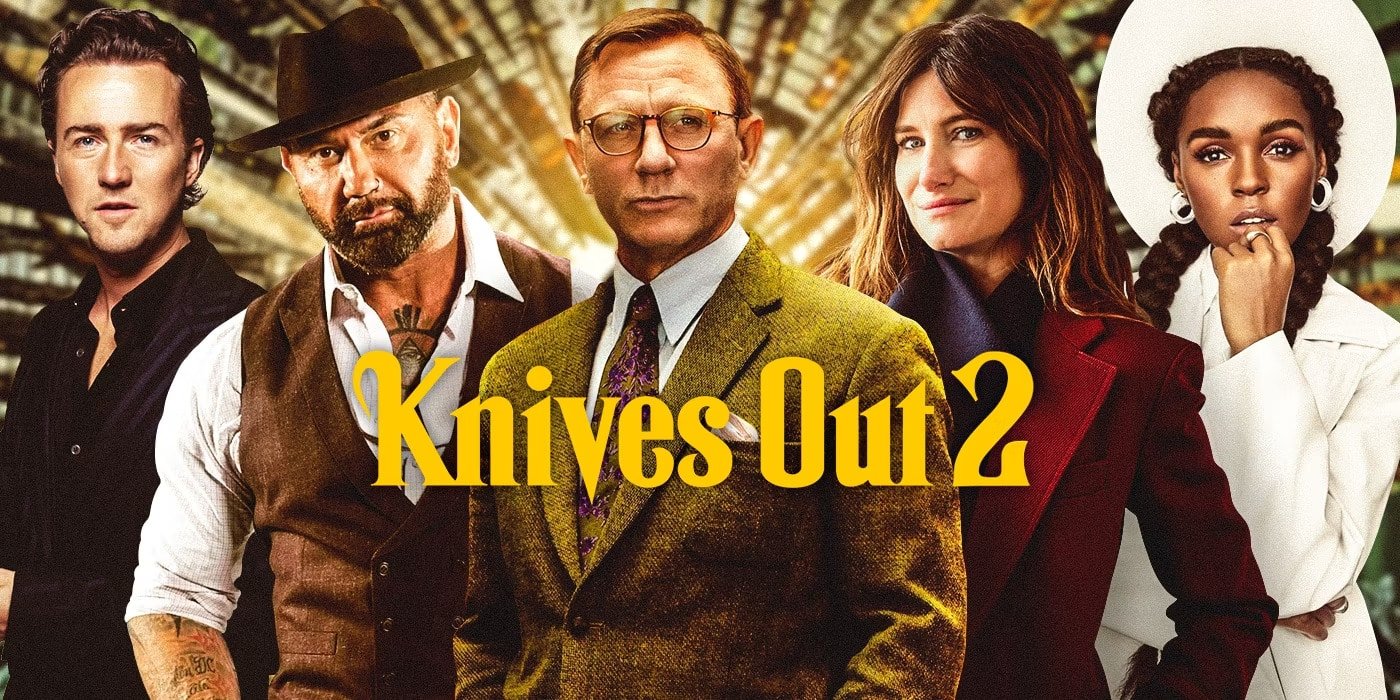 Knives Out 2 movie will be released by Netflix. Knives Out, whose first film was highly acclaimed and has a gripping mystery just like the adventure of Sherlock Holmes, is releasing its second film under the name Glass Onion. Viewers think that the 2nd movie will be as good as the 1st. The two films are linked by the detective character Benoit Blanc. What mystery will the detective solve this time with his quick wit?

The teaser trailer for the movie Knives Out 2 was released by Netflix on September 8, 2022. This trailer is the original trailer and some clues from the movie are seen. At the beginning of the Knives Out 2 trailer, we see a cruise ship. The reason for this ship is that the subject of the 2nd movie takes place on a Greek island. Miles Bron, a tech billionaire, invites his friends to his private island and one is found dead. Detective Benoit Blanc also takes the case to solve this murder.

Here is Knives Out 2 trailer video:

Edward Norton in the 2nd movie plays the role of tech billionaire Miles Bron. This character has his own island and invites his friends to this Greek island. But when everything seems to be going well, a murder takes place. Janelle Monáe plays Miles’ former business partner Cassandra “Andi” Brand. And Ethan Hawke plays the role of Miles’ assistant.

Kathryn Hahn plays Claire Debella in the movie Knives Out 2. Claire Debella is the governor of Connecticut and runs for the Senate. One of the people invited to the island is a scientist. This scientist who works for Miles, who is a billionaire with his projects in the field of technology, plays Leslie Odom Jr. it enlivens. The character’s name is Lionel Toussaint.

One of the actors in the movie is Kate Hudson. Kate Hudson’s character, Birdie Jay, used to be a supermodel and now works as a fashion designer. Jessica Henwick plays Birdie’s assistant Peg. Dave Bautista in the movie plays the role of Duke Cody. Duke Cody is a men’s rights activist and YouTube star. Duke Cody’s girlfriend Whiskey is also Duke’s YouTube channel assistant. Madelyn Cline plays the role of Whiskey.

Also Read: 6 Movies Like Collateral For The Fans Of The Tom Cruise Movie!