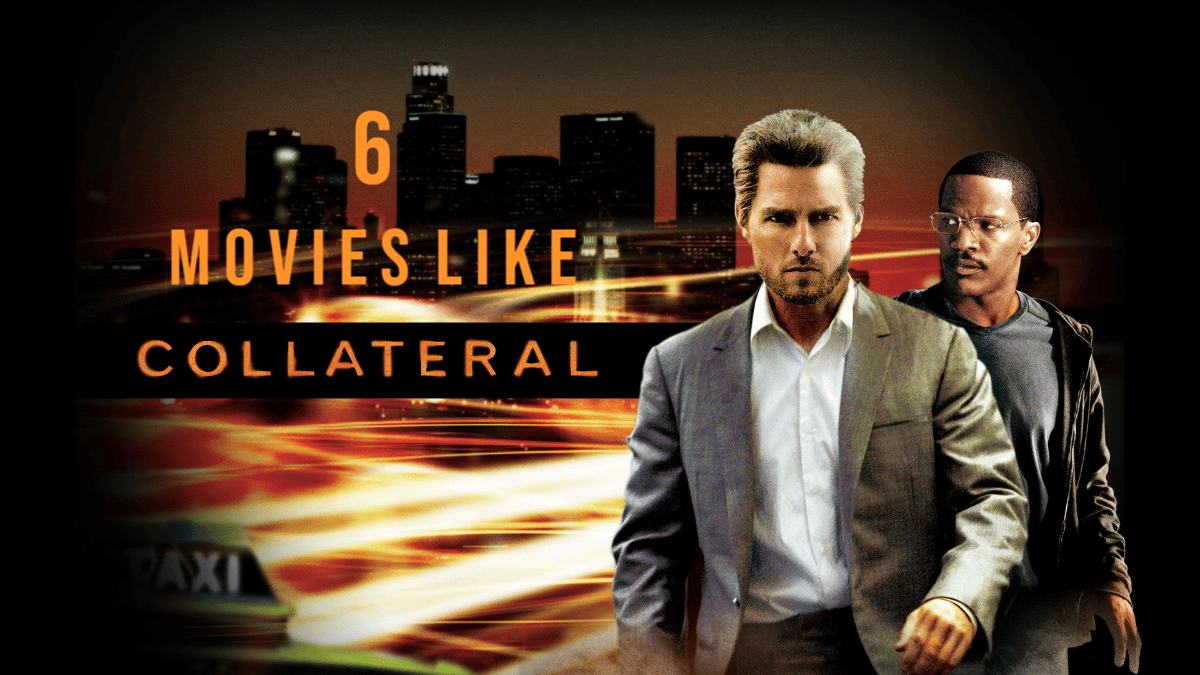 You liked Collateral, which impressed everyone with its intense tension and can’t find movies like Collateral? We’re here to save you the trouble!

We start Collateral by getting to know the taxi driver Max, and most of the movie takes place in his taxi. Working hard, Max is a nice guy and loves to chat with his clients. However, getting into his car, Vincent says that he is very busy and that he has to catch the airport, which is too far away, as soon as possible. Although Max doesn’t want to, he accepts him and sets off all night unaware of what’s going to happen to him.

Collateral, which was produced in 2004, has attracted attention since the first day it met the audience and has won a total of 22 awards until today. The successful cast of the film, which has an IMDb of 7.5, consists of Tom Cruise, Jamie Foxx, Jada Pinkett Smith, Mark Ruffalo, Peter Berg, Bruce McGill, and Irma P. Hall. If you want to watch Collateral again, you can find it on Netflix.

Let’s meet movies like Collateral and talk about the details that make them different! 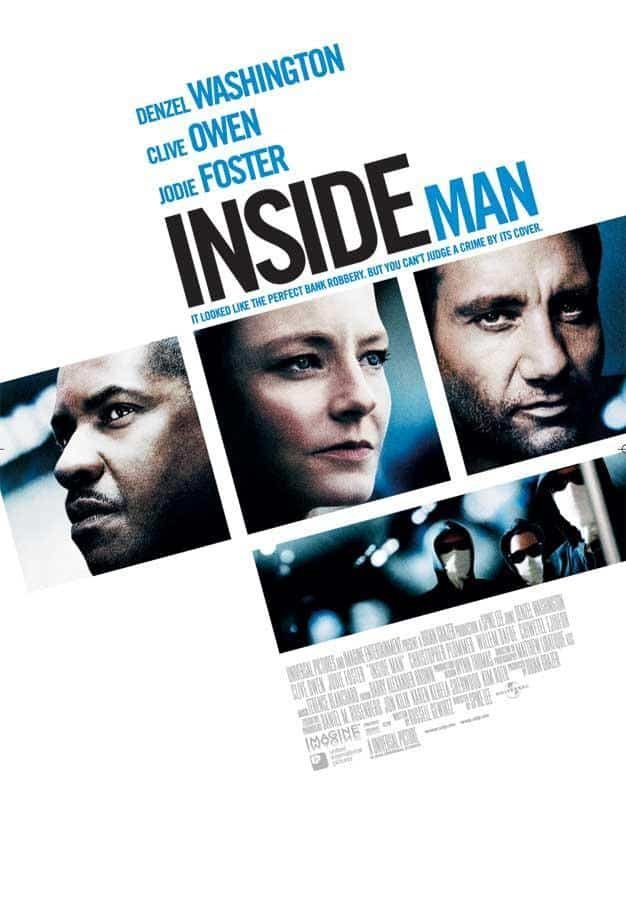 Inside Man, the first member of our movies like Collateral list deserves this place with the tension it contains. In the movie, four robber friends set their minds on robbing a Wall Street establishment. After they surround the institution and take the 50 people inside hostage, the next move is to meet with the detectives assigned to deal with them. Is it as easy as detectives think?

Inside Man, which met us in 2006, was created by the famous director Spike Lee. The cast of the film, which has a score of 7.6 on IMDb, includes names such as Denzel Washington, Clive Owen, Jodie Foster, Christopher Plummer, Willem Dafoe, Chiwetel Ejiofor and Kim Director. 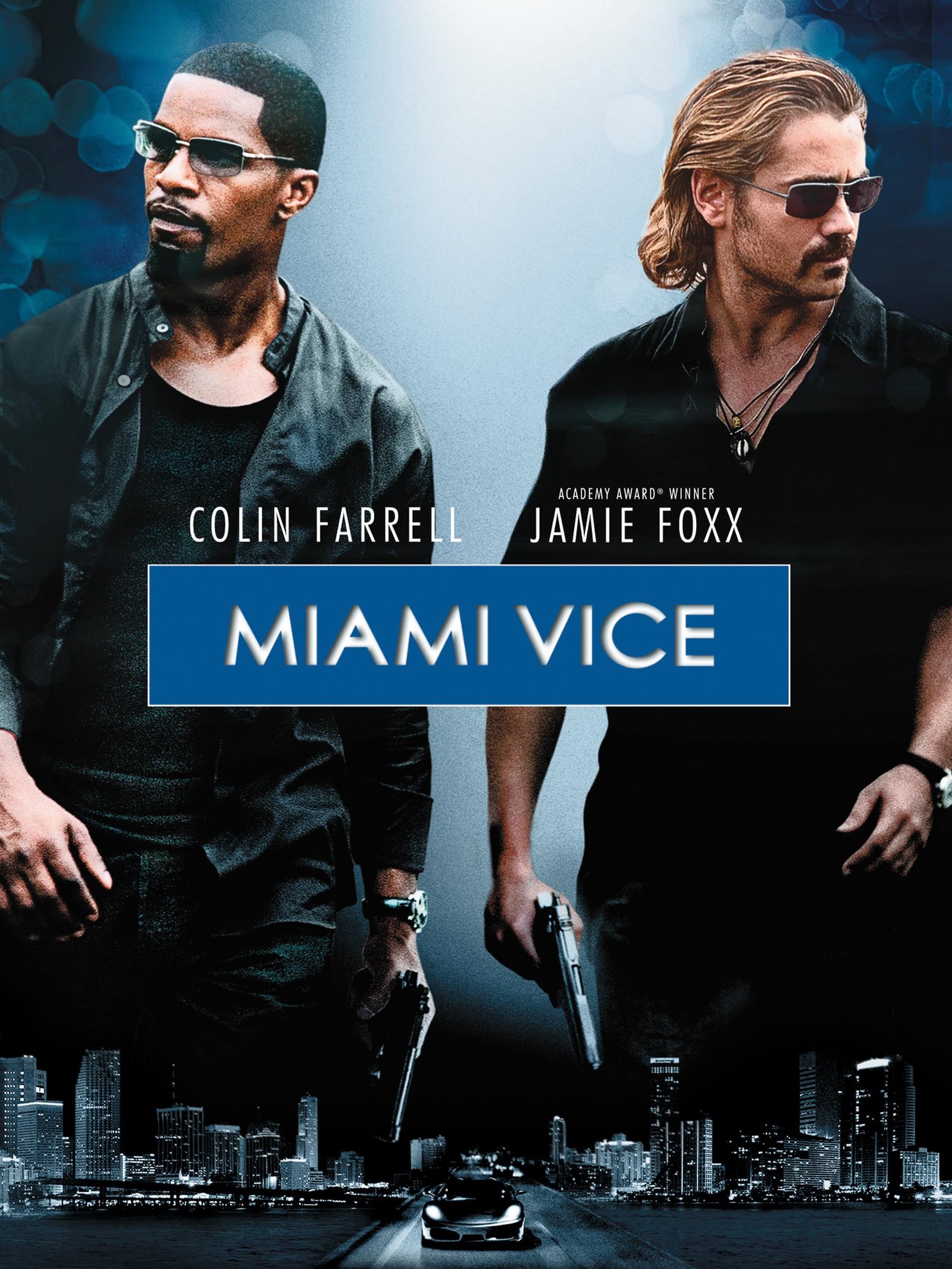 The second member of our movies like Collateral list, Miami Vice is a movie that will give you all the action and tension you need. The main characters of Miami Vice, whose series received a lot of attention and a movie was shot, are detectives Sonny and Rico. Going undercover, the duo one day receives a reactionary call from their former colleague Alonzo Stevens. Stevens says he was threatened and left town and asks the detectives to protect his family.

The authors of 2006’s Miami Vice are Michael Mann and Anthony Yerkovich, who also wrote the series of the same name. The director of the film, which has a score of 6.0 on IMDb, is Michael Man. The cast includes Colin Farrell, Jamie Foxx, Gong Li, Naomie Harris, Justin Theroux, and Barry Shabaka Henley. 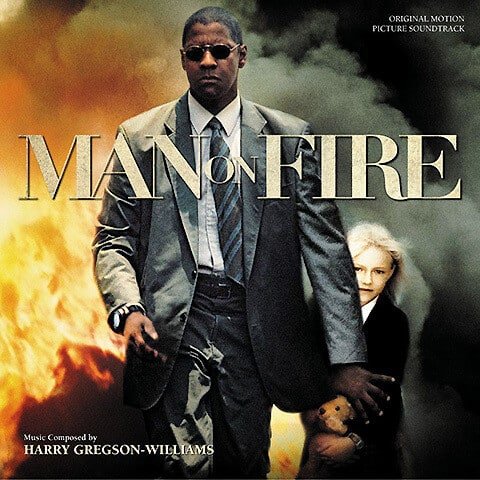 In Man on Fire, another movie like Collateral suggestion, Creasy worked in the military for years and became the leader of a special unit. However, one day he kills an innocent person and is offended by his beloved profession and life and quits his job. However, years later, a friend from his past, Rayburn, convinces him and he starts working as a bodyguard, again an armed job. This is how things unfold.

Man on Fire is an adaptation of the 2004 novel of the same name, and the novel’s author A.J. It’s Quinniel. The director of the movie is Tony Scott and its IMDb score is 7.7. Man on Fire’s cast consists only of legends: Denzel Washington, Christopher Walken, Dakota Fanning, Radha Mitchell, and Marc Anthony. 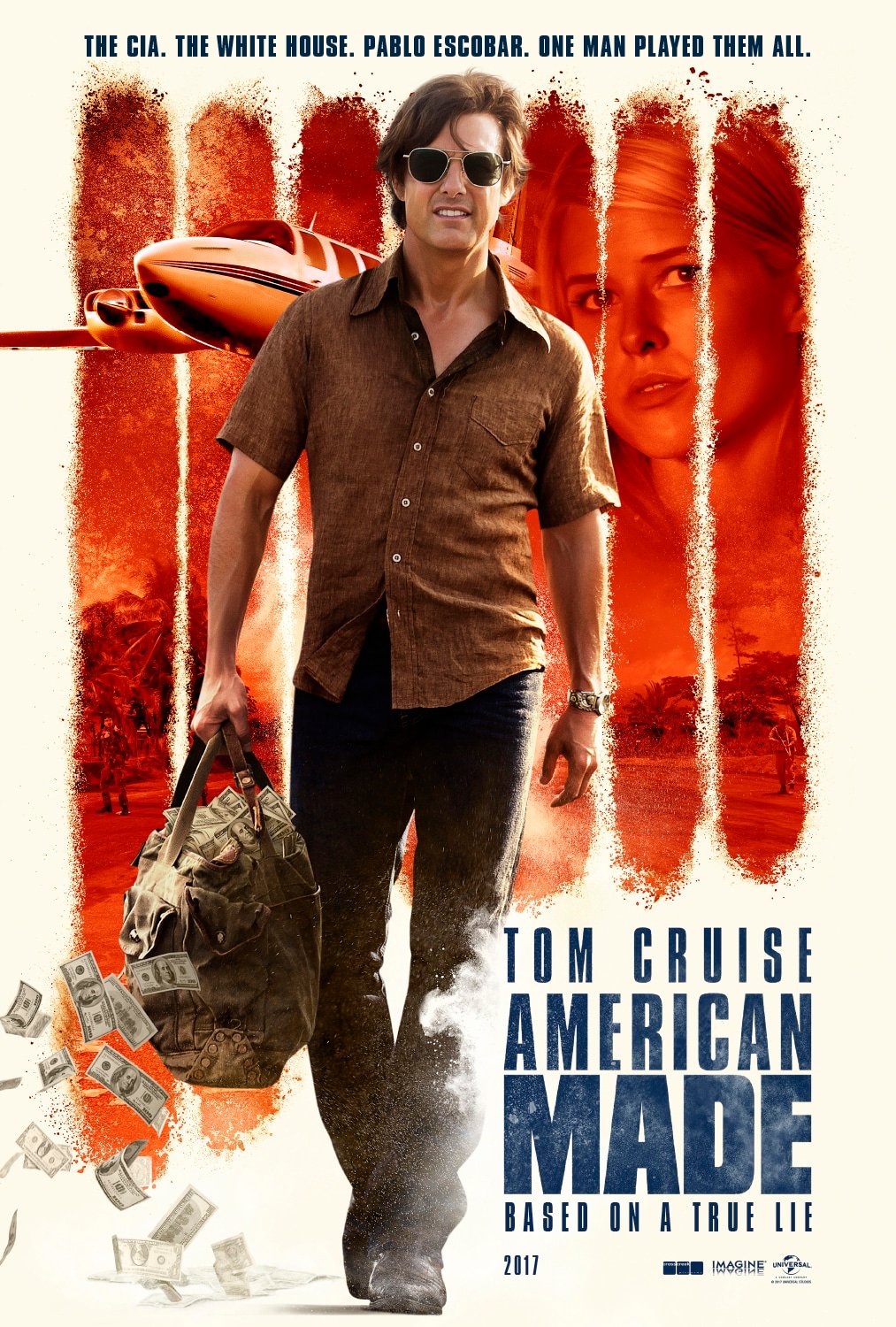 Our next movie like Collateral recommendation is American Made. In the movie, our main character is Barry Seal. Barry Seal works for Pablo Escobar, pilots him for drug trafficking, and is part of the CIA. As you witness the moments of this life spent on a secret mission, you will feel the tension in your bones.

American Made, which has a 7.1 IMDb score, is a 2017 production. The film is directed by Doug Liman and written by Gary Spinelli. Tom Cruise, who plays the lead role in the movie and plays Barry Seal, is also a pilot in real life and did not use extras in the flight scenes. Other cast members include Domhnall Gleeson, Sarah Wright, Jesse Plemons, Caleb Landry Jones and Lola Kirke. 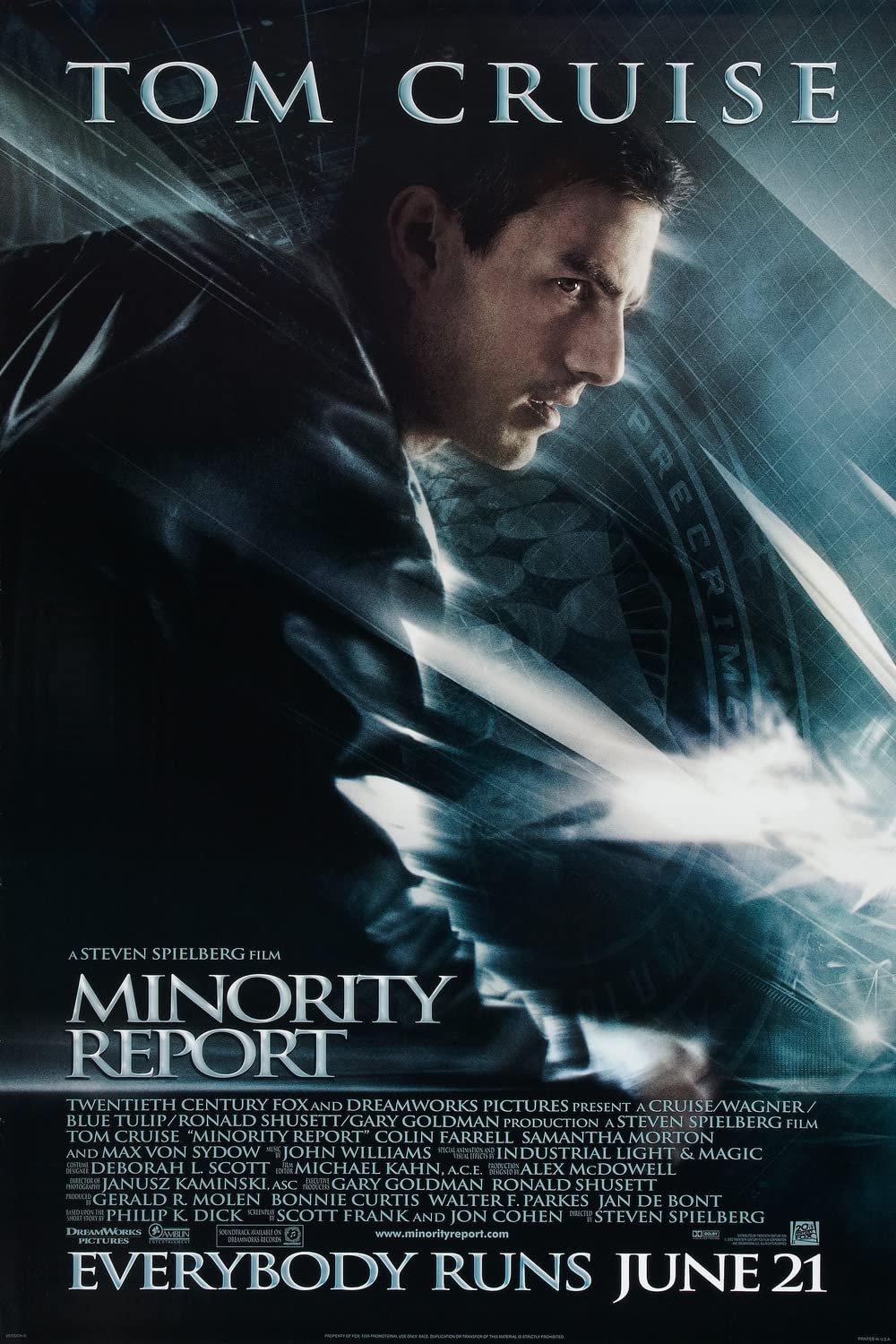 In Minority Report, another movie like Collateral suggestion, we’re going to Washington in the year 2054. In 2054, both the technological tools are very advanced, and the oracles are able to foresee much more things. Detective John Anderton and his team of seers develop a creative path. No more crimes are committed because they detect and catch criminals as soon as they get the idea of the crime.

Minority Report, made in 2002, is one of the successful productions that combine crime, science fiction, and mystery. Its 7.7 score on IMDb and its Oscar proves this. The cast of the film includes names such as Tom Cruise, Colin Farrell, Samantha Morton, Max von Sydow and Steve Harris. 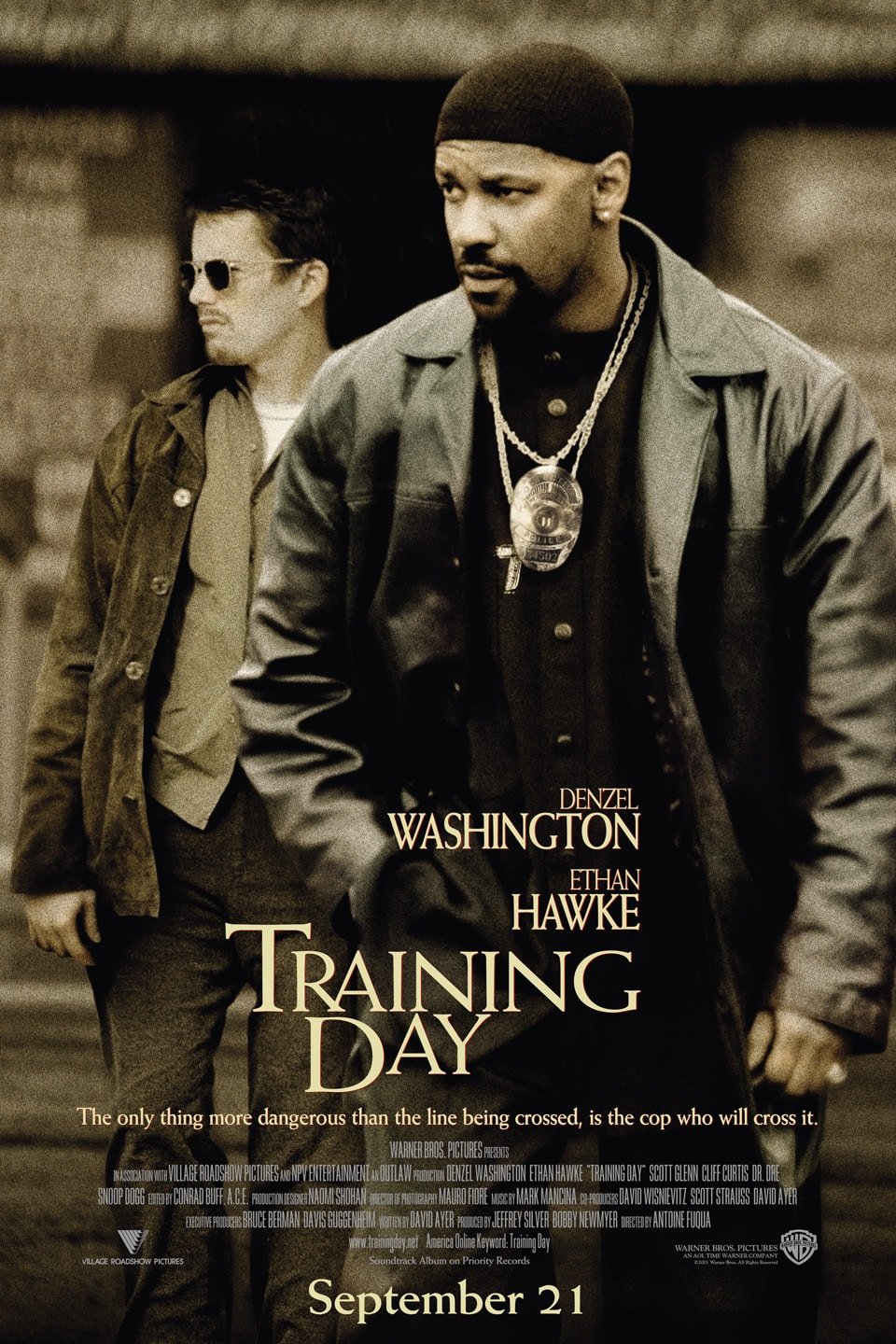 Our last movies like Collateral suggestion is Training Day. In the movie, our main character Jake Hoyt, has just graduated from the academy and is assigned to the Los Angeles police station to start his career. Here, Alonzo Horris is a famous detective and, like himself, his team is made up of highly successful professionals. Jake has to complete one day’s reactionary mission and succeed in order to join their team.

The 2001 production Training Day has an IMDb score of 7.7 and an Oscar award. The cast of the movie includes Denzel Washington, Ethan Hawke, Scott Glenn, Tom Berenger and Harris Yulin.