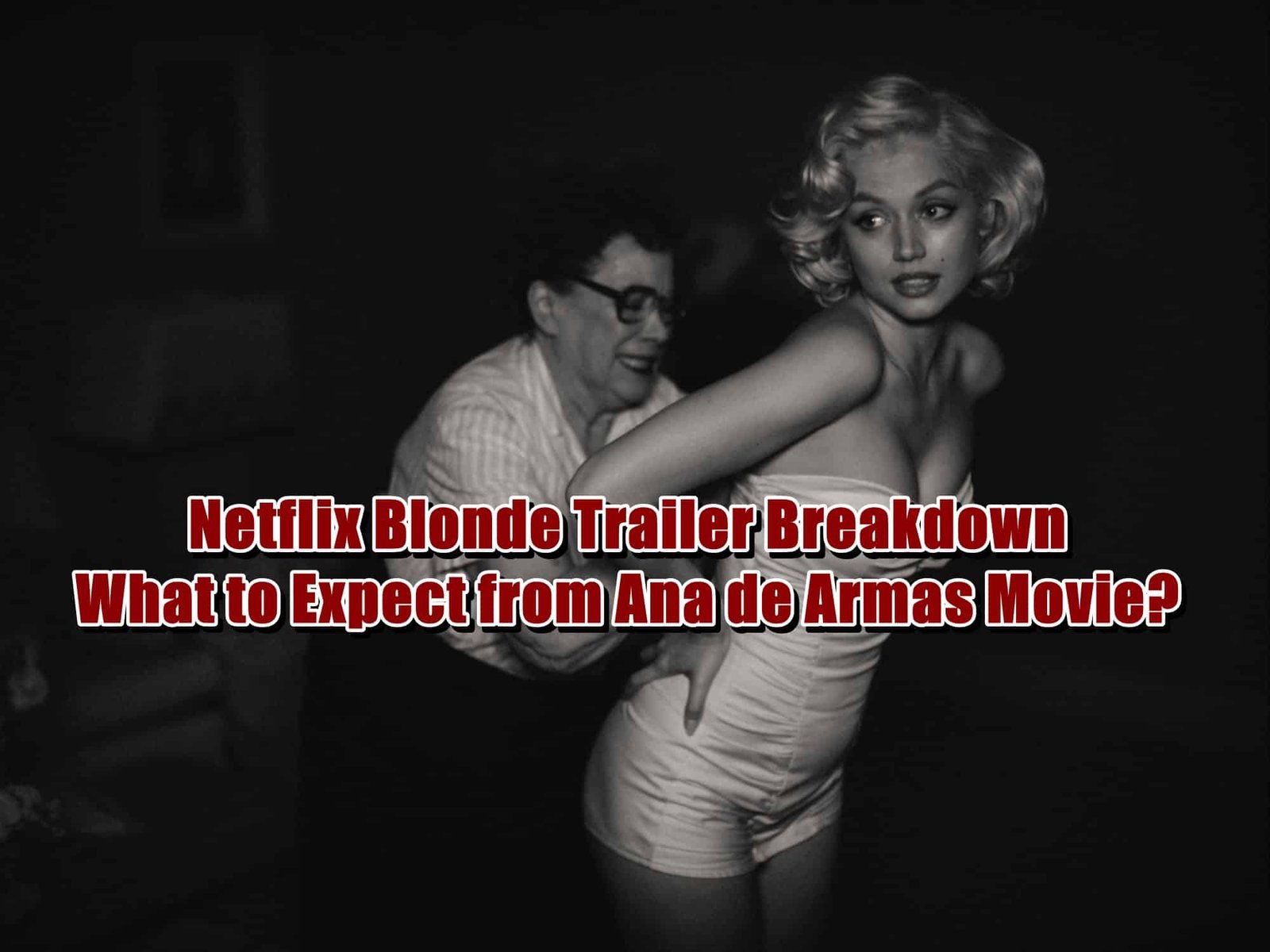 What did we watch in the Blonde trailer? Blonde is the writer and director Andrew Dominik’s NC-17 work, and it is the take on the Marilyn Monroe narrative. The new project has received its debut trailer from Netflix, and we are here to break it down for the ones who are curious about the upcoming movie.

The film is starring Ana de Armas as Monroe and is based on Joyce Carol Oates’ novel of the same name, and the new Blonde trailer is piping hot with some major reveals. Blonde is a retelling of the lasting Hollywood icon’s career and personal life, and it got an adult rating.

The movie is beginning with Monroe’s turbulent youth as Norma Jeane, and later a fictional twist follows Monroe through her ascent to celebrity; in addition, we watch her romantic entanglements. The film is an intentional mixing of fact and fiction that depicts Monroe’s public and private selves, and it is definitely a different perspective on her. The one-minute Blonde trailer features a haunting rendition of Monroe’s smash Diamonds Are a Girl’s Best Friend, and we see pictures of some of Monroe’s most memorable moments. The Blonde trailer is a good demonstration of the excessive media attention and loneliness that comes with being a celebrity.

Blonde trailer is the streaming service’s first glance at the eagerly anticipated movie, and in this one, rather than greeting audiences with a flurry of Hollywood glitz and glamour, it purely starts with our main character crying. “Please come,” says Monroe, “Don’t abandon me”, and “She’s coming,” a makeup artist says, brushing her tears away, but who is this “she”? Looks like the Blonde trailer has a lot to show us. 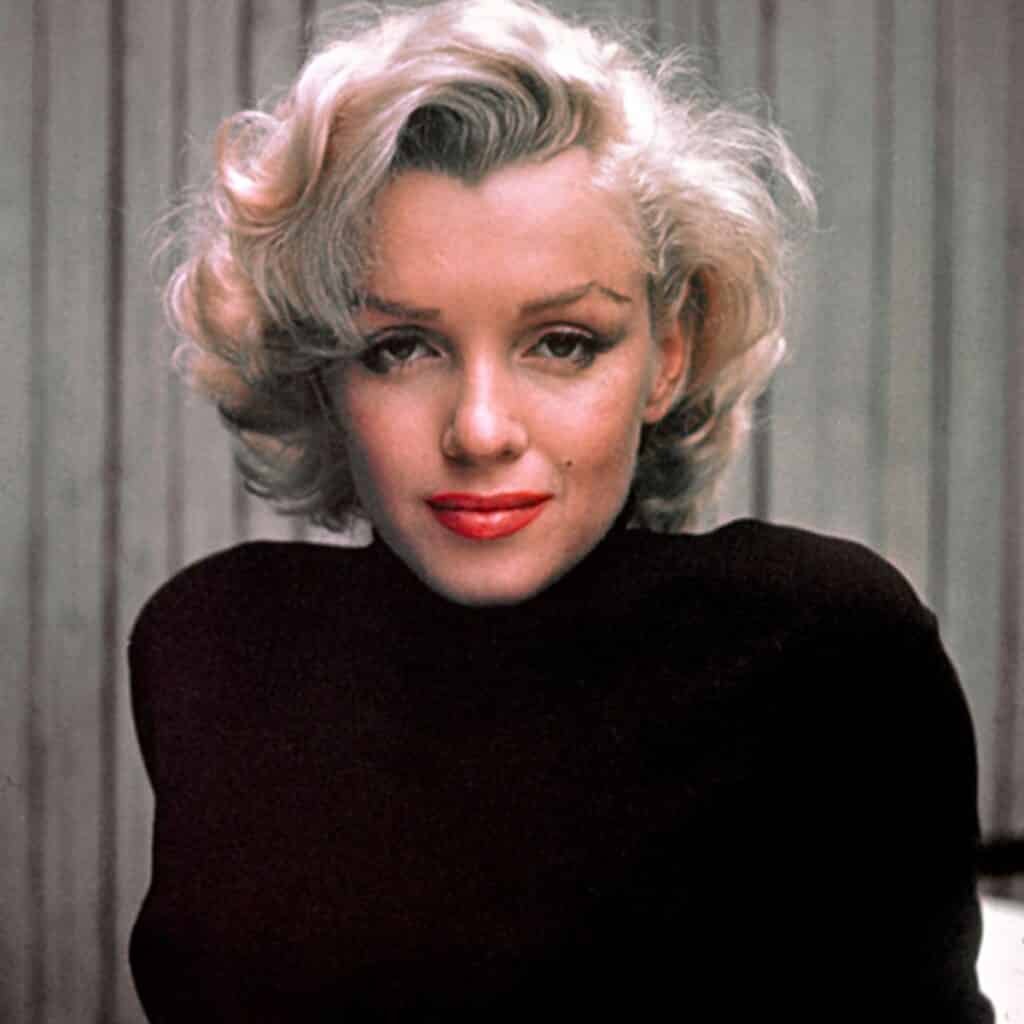 Blonde was shot to offer a version of Marilyn Monroe’s life from her perspective, and the director wanted the world to know what it was like to be not only Marilyn but also Norma Jeane. This is probably the bravest, unabashed, and feminist take on the famous icon, and it is an investigation of someone seriously wounded, resulting in a gap between her public and private selves.

This happens in ways that may create extra suffering for a renowned person. As a result, the film is very much concerned with the interaction between herself and this other character, Marilyn, offering us a very different perspective to look at her life. As the director claims, Marilyn is both her shield and the creature threatening to swallow her.

De Armas said she researched hundreds of images, videos, audio, and video recordings to perfect her role. The film is not the first to receive the NC-17 classification, but it is one of Netflix’s first adult-only projects.

Blonde is rated adult only for sexual material, making it the first Netflix Original film to obtain the adults-only rating, but when will we be able to watch the movie? Blonde will star Ana de Armas as the renowned actress and pinup model, and the movie will be released soon, probably in 2022.

The director of the movie claimed that Blonde is a demanding movie, and if the audience doesn’t like it, it’s the audience’s fault, making a very bold claim. Blonde will be published this year on June 16, the streamer disclosed its specific release date as September 23, 2022, so clean up your schedule till then.

Why was Marilyn Monroe Blonde? Norma Jeane’s hair has been blonde from birth and for most of her youth, only around the age of 8 did it turn to reddish hues, which by 11–13, with puberty, turned into a more intense reddish, which her first husband vividly remembered until his death. Her thick red hair curls still reverted to her original blond roots before she went into bleaches and plain tints of hair parlors in the late 1940s. She did get organic bleaches and some hairs punked into gentle copper or even blonde adding pure highlights between them.

Most people believed that Marilyn Monroe was actually a brunette, but their claims are not true. The reason why Marilyn Monroe is blonde is that it is her natural hair color. We are not sure why so many people keep repeating the a-sayings of “Norma Jeane was brunette before blonde”, but it was spread as rumors by the people who did not like her being this famous.

In the Blonde trailer, Ana de Armas is also rocking this amazing hair color, and she even resembles the real Marilyn Monroe.