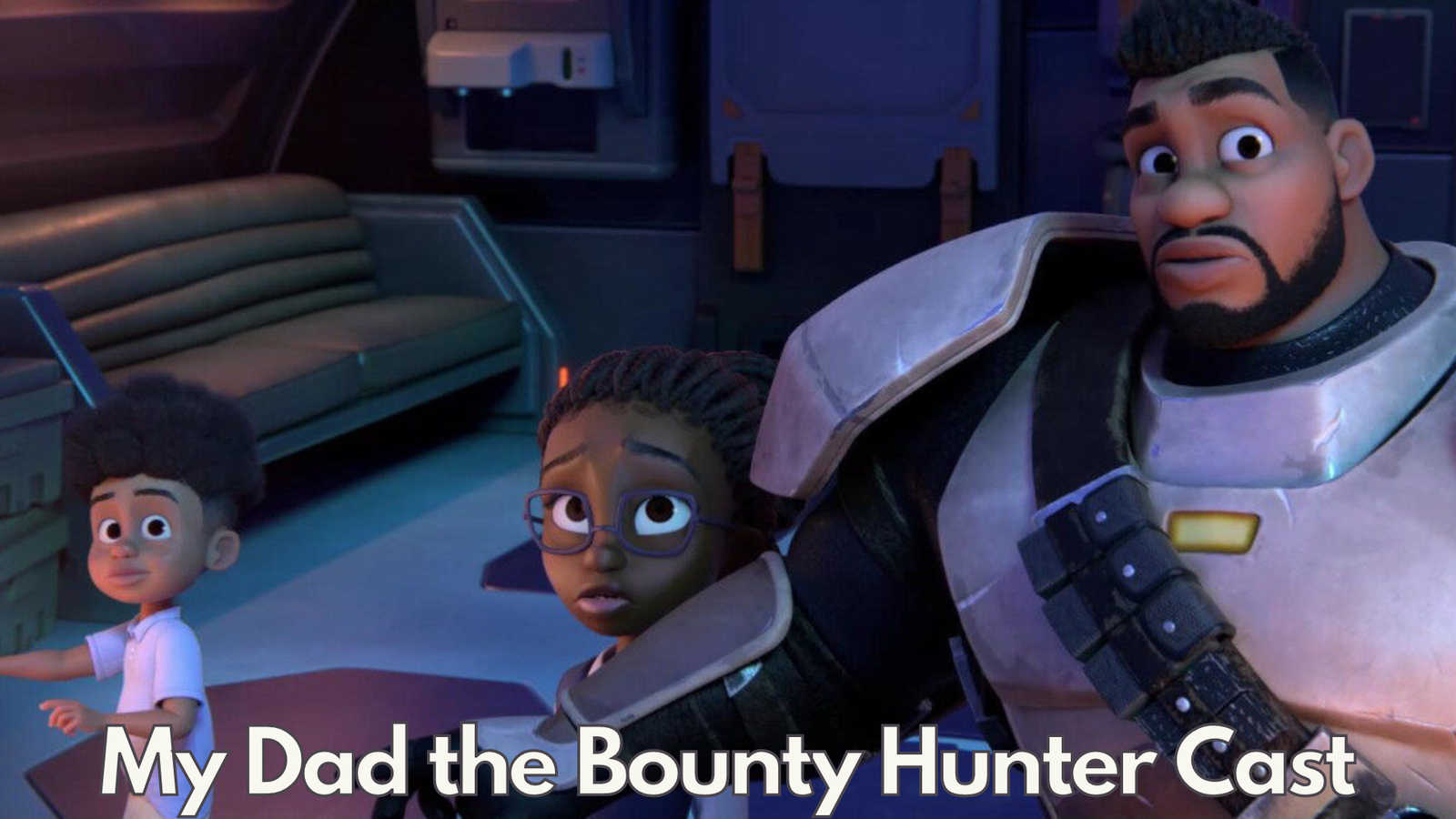 My Dad the Bounty Hunter Cast

My Dad the Bounty Hunter is Netflix’s new children’s series. The animated series My Dad the Bounty Hunter is an adventurous story set in outer space. In this story, children who set off from Earth and accidentally travel into space learn that their father is a bounty hunter. These boys, whose father is the best bounty hunter in all the galaxies, experience space adventures together.

The My Dad the Bounty Hunter animated series has everything that comes to mind when space is mentioned. Aliens, laser wars, spacecraft journeys and more. This new series, which will be released on Netflix in 2023, has already started to attract attention. Let’s take a look at who takes part in this animated series, which is interesting both with its subject and its voice actors. 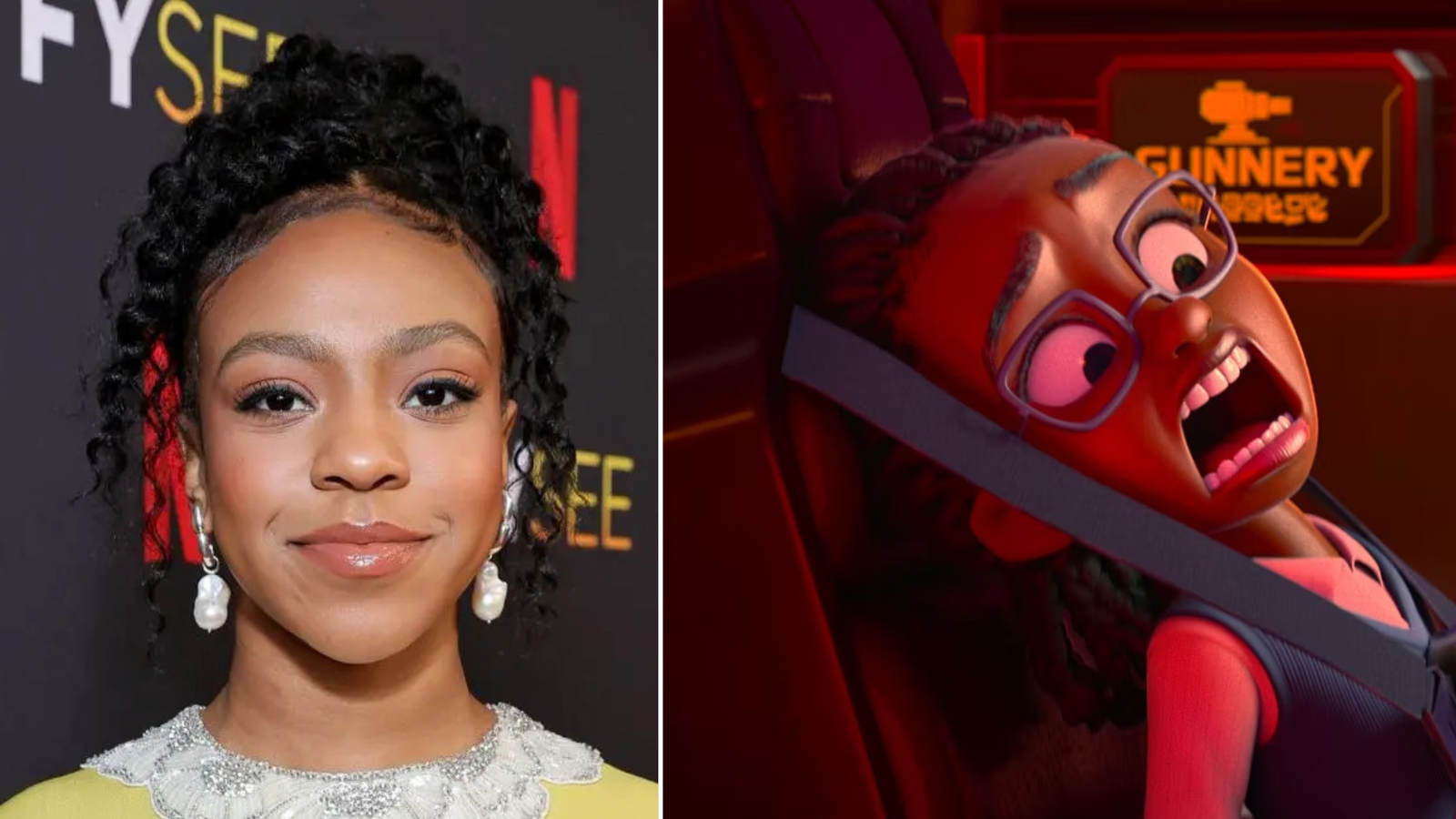 Priah Ferguson, full name Priah Nicole Ferguson is an American actress. Born on October 1, 2006, Priah Ferguson started her career in 2015. Her best-known role is as Erica Sinclair in the TV series Stranger Things. She started her acting career with short films and local productions. She made significant progress in her career after she started acting in the Netflix series Stranger Things in 2018. She voices the character of Lisa in the animated series My Dad the Bounty Hunter.

16-year-old young talent Priah Ferguson started voice acting in 2022. She also started to act as a voice actor with the character of Bailey, which she voiced in the Hamster & Gretel project and is now a voice actor in the Netflix series My Dad the Bounty Hunter. Priah Ferguson is a young actress who has started a beautiful career. It is estimated that the actress, who does not have much information about her private life, is not currently in a relationship. Priah Ferguson, who was interested in acting at a young age, is thought to focus on her career. 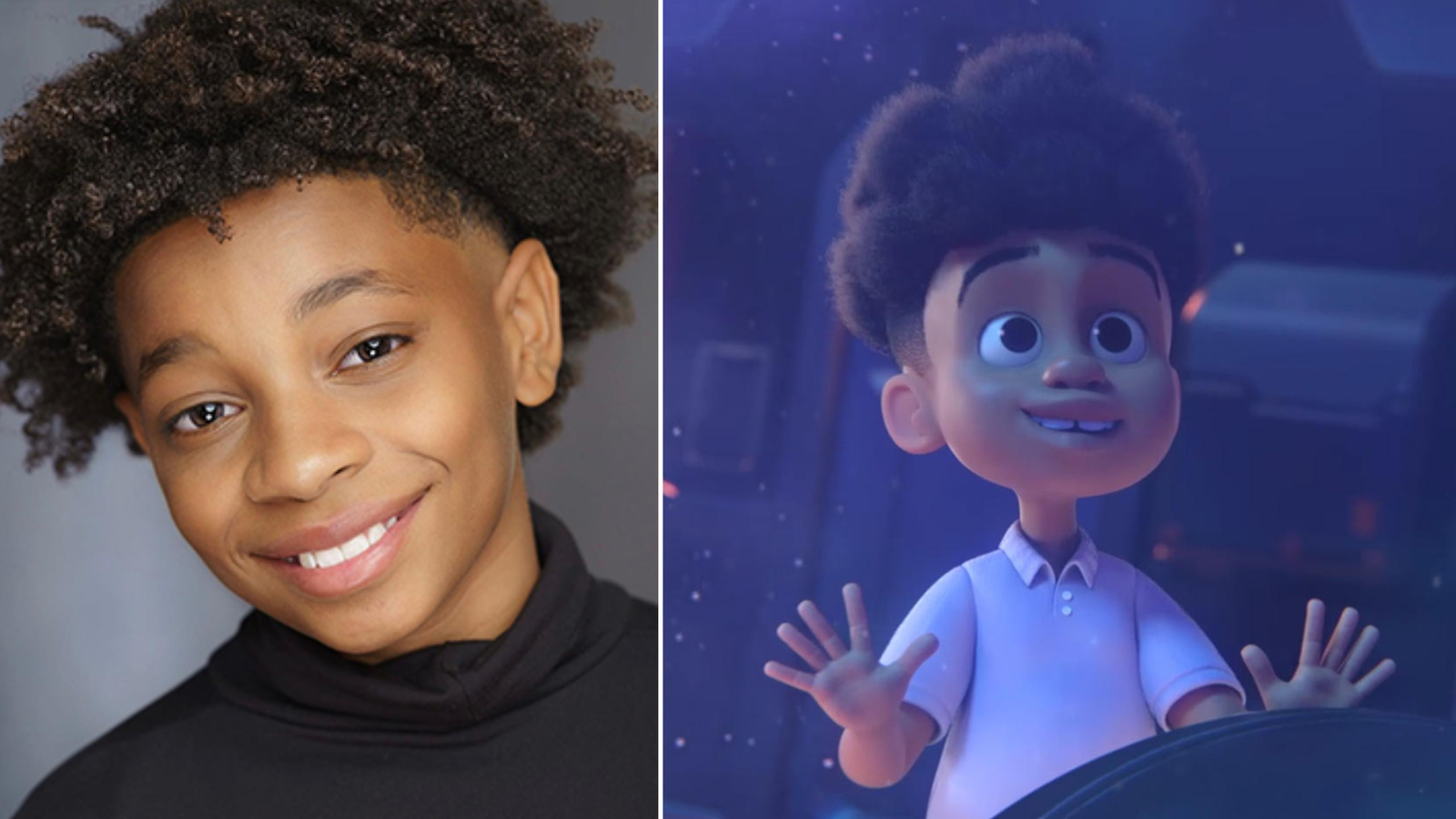 JeCobi Swain is one of the main protagonists of the animated series My Dad the Bounty Hunter. The exact date of birth of JeCobi Swain, who plays the character named Sean, is not known, but it is known that he was born in 2010. At the age of 4, he took part in the 11th season of the dance competition So You Think You Can Dance. Since then, he has been known as a dancer, actor and comedian. This natural talent made him take part in many projects and he stepped into the entertainment world at a very young age.

JeCobi Swain is currently 12 years old and has been involved in more than 20 projects. His best-known productions are the Obi-Wan Kenobi mini television series, the movie The Falcon and the Winter Soldier, and the TV series Home Economics. Projects for 2023 Are You There God? It’s Me is the movie Margaret, the animated series My Dad the Bounty Hunter, and Superkitties. It looks like he’s been heading into the voice-acting field lately. 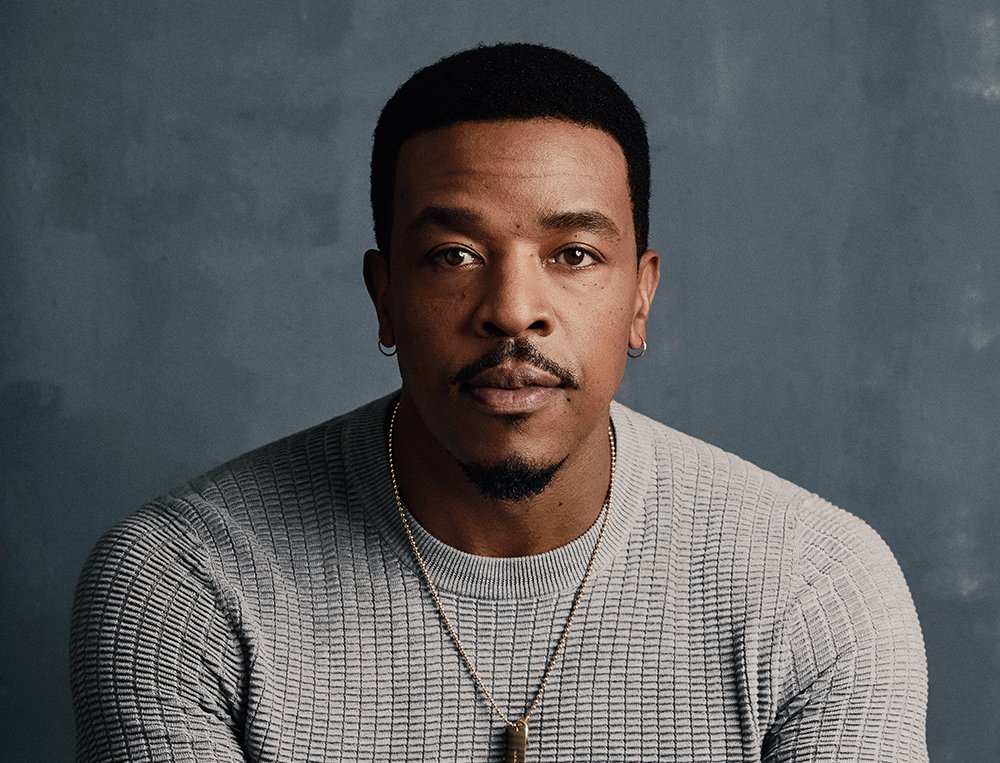 Russell Hornsby is one of the voices of My Dad the Bounty Hunter. However, it is not known which character the famous actor gave life to with his voice. This will be revealed when more information about the cast becomes available after the series is close to release or after it has aired. So who is Russell Hornsby? Russell Hornsby is an American actor, born on March 15, 1974. Beginning his career in 1993, Russell Hornsby has appeared in dozens of films and television series. The most famous productions of the famous actor are The Hate U Give, Meet the Parents, Fences and After the Sunset.

Currently, 48-year-old mature actor Russell Hornsby is involved in a project called The Supremes at Earl’s All-You-Can-Eat, as well as the My Dad the Bounty Hunter project for 2023. The famous actor is married and has 2 children with his wife, Denise Walker, whom he married in 2008. 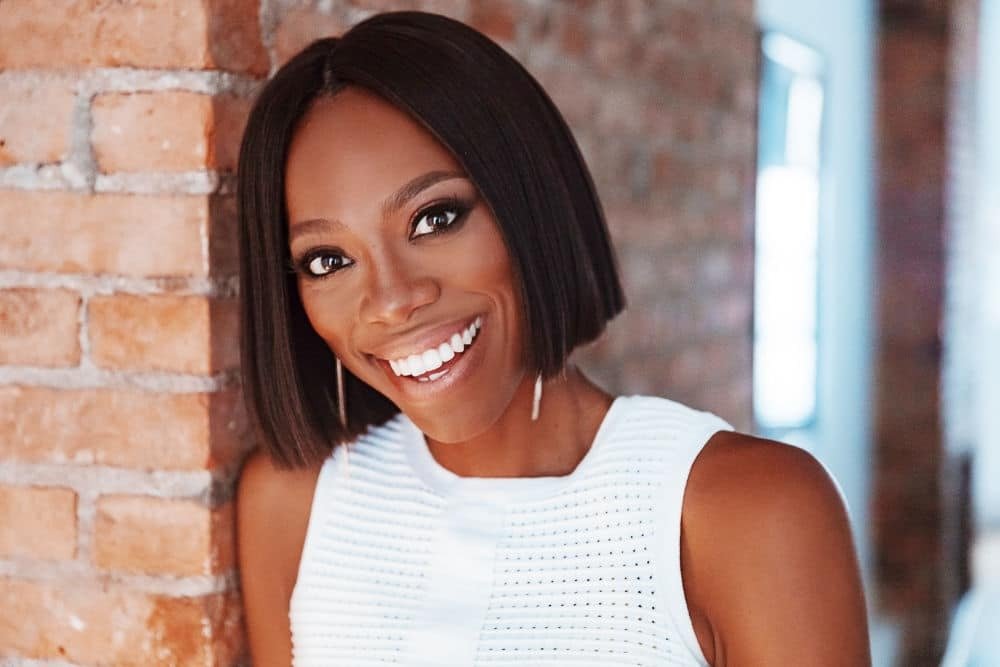 Yvonne Orji is a Nigerian and American actress and comedian. She was born on December 2, 1983. She started her career in 2011. Famous actress Yvonne Orji, who has appeared in movies, television series and programs, took part in the My Dad the Bounty Hunter animated series, which will be released in February 2023. It is known that the famous comedian took part in at least 1 episode of this series, but there is no information about which character she voiced.

Yvonne Orji’s best-known productions are Insecure, Night School, First Gen, and Tempting Fate. In general, it can be said that she achieved a significant rise in her career after 2015. There are 2 projects expected for 2023. One of them is the animated series My Dad the Bounty Hunter and the other is the television series called Velma. Apart from these, there are Honeymoon Friends and Stronger productions currently under production.

When we look at the personal life of 39-year-old Yvonne Orji, we see that she is single. The famous actress, who was last with NFL linebacker Emmanuel Acho, did not start a new relationship with anyone after this relationship ended. Yvonne Orji, who appears to be single and happy, seems to be more focused on work than love at the moment. 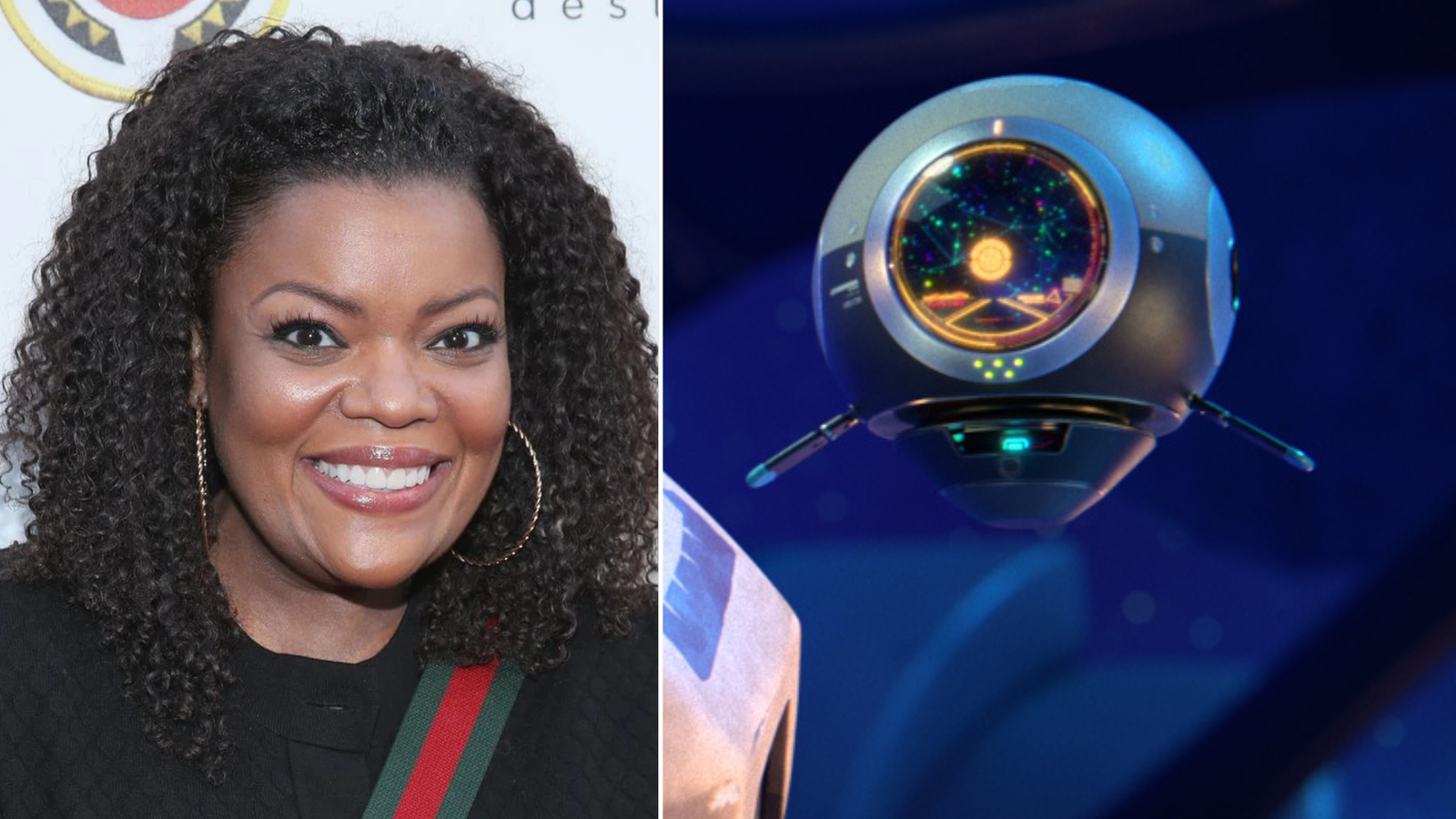 Yvette Nicole Brown is an American actress, comedian, writer and host. Born on August 12, 1971, Yvette Nicole Brown started her career in 1992. The famous actor, who has appeared in many films and television series, has also worked on many dubbing projects. Yvette Nicole Brown, who also voiced in the My Dad the Bounty Hunter animated series, which will be released in 2023, voices KRS, artificial intelligence in this series.

Currently 51, Yvette Nicole Brown is known for her projects Community, Pound Puppies, Avengers: Endgame, and Repo Men. When we look at the personal life of the famous comedian and voice actor, we see that she is not married. Yvette Nicole Brown is most likely not in a relationship. There were rumors that she was having an affair with Zachary Levi, but this is not true. 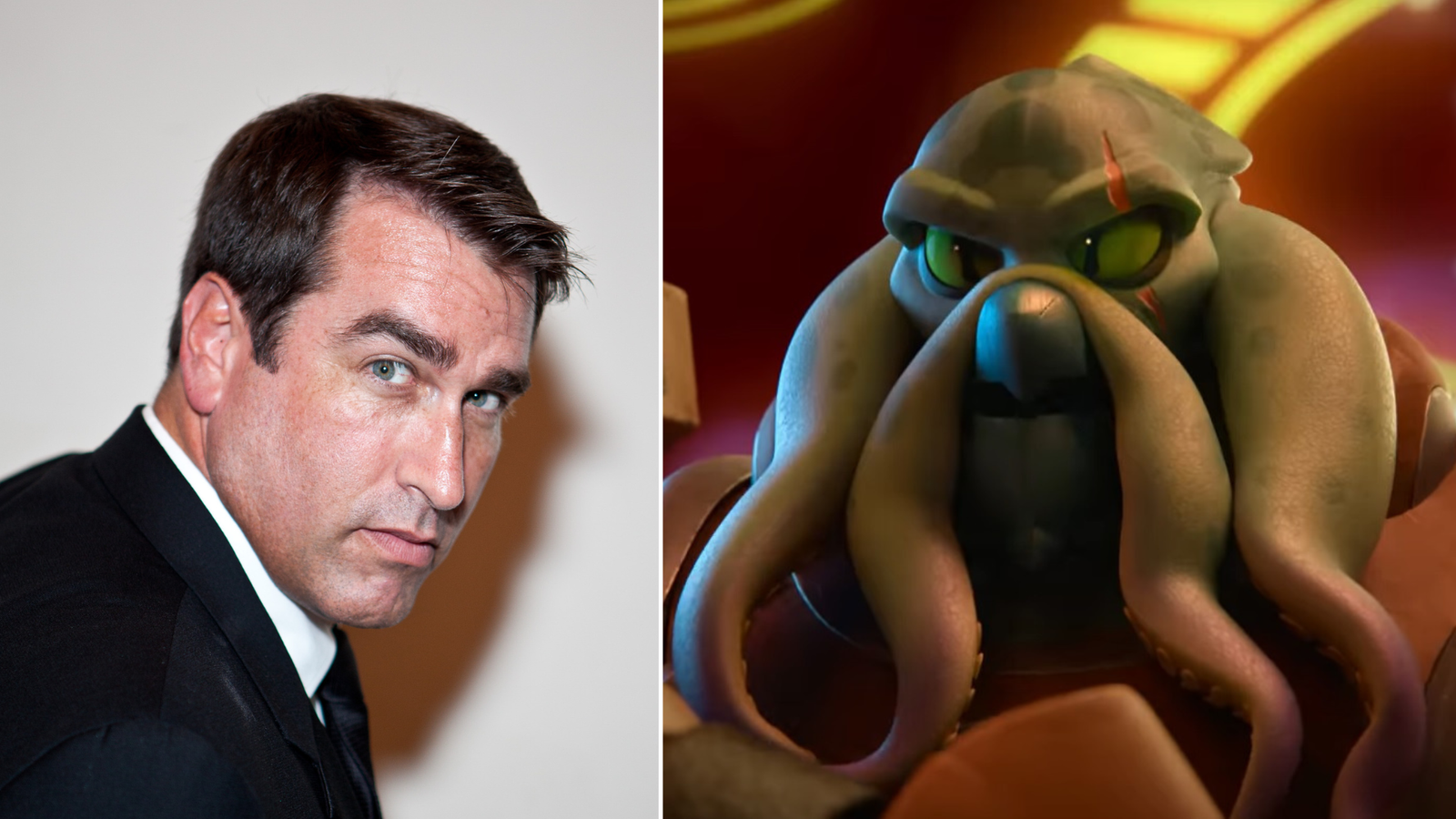 Rob Riggle, born April 21, 1970, is an American actor, comedian and marine officer. As a comedian, he is known for his performances on Saturday Night Live and Comedy Central’s The Daily Show. Rob Riggle, who started his career in 1998, has acted in many movies and television series, and also acted as a voice actor. His best-known productions are The Daily Show, The Hangover, Dumb and Dumber To and 21 Jump Street. He is voicing the character of Glorox in Netflix’s children and family animated series My Dad the Bounty Hunter, which will be released in 2023.

Rob Riggle, now 52, ​​has been married in the past. This marriage, which lasted 20 years, started in 1999 and ended in divorce in 2020. He had 2 children from this marriage with his ex-wife Tiffany. He claimed that in 2021, after his divorce from his ex-wife, his ex-wife hacked his computer and stole money from his house. He claimed that his ex-wife Tiffany was spying on him, and then he obtained some evidence to support his claims. A hidden camera in the form of a smoke detector was found in his home. There were more than 10,000 videos in the camera’s memory. Thereupon, Rob Riggle, who filed a lawsuit, had a temporary suspension decision. 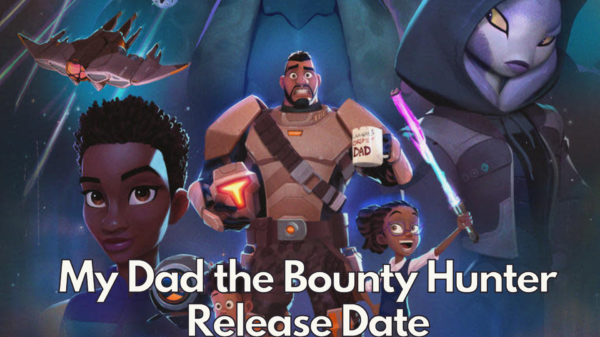 My Dad the Bounty Hunter Release Date, Trailer – Is it Canceled?