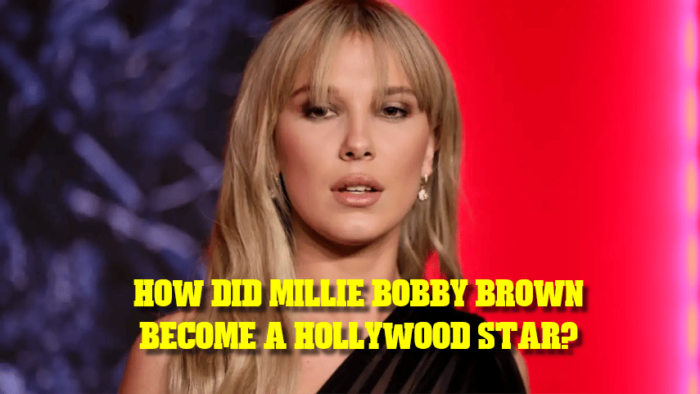 Millie Bobby Brown is an 18-year-old British actress, model, and producer. She was originally born in Marbella Spain but moved to the UK when she was 4 years old. She made her acting debut in Once Upon a Time in Wonderland. After that, she appeared in series such as Intruders, NCIS, Modern Family, and Grey’s Anatomy.

Her fame came with the popular science fiction series Stranger Things. She was cast as “Eleven”, one of the main protagonists of the show. She got critical acclaim for her performance, and she was nominated for a number of awards. She also won a “Saturn Award for Best Performance by a Younger Actor in a Television Series”. After her success in the series, she was cast to star and also produce in the Enola Holmes movies. In 2018, she was named one of the 100 most influential people in the world by Time Magazine. She was the youngest person to be included in the list!

Has Millie Bobby Brown got a disability? Millie is a very talented young actress making her way through Hollywood. After she gained fame, as happens all the time, rumors started to circulate about whether she had a disability. Later on, it was released that she was born with partial hearing loss in her left ear. As time progressed, her left ear lost all ability to hear, and she is currently deaf in one ear. However, this doesn’t stop her from following her dreams and achieving one success after another!

You may also like: Stranger Things Season 5 Release Date, Trailer – Is it canceled?

How did Millie Bobby Brown get famous? Millie Bobby Brown came to the public eye at the young age of 12, after being cast as Eleven in Netflix’s Stranger Things. Before that, she had various small roles in TV biggest TV shows like Modern Family, Grey’s Anatomy, and more! In 2018, she was ranked as one of “Hollywood’s top 30 stars under 18” by The Hollywood Reporter!

Her feature film debut came in 2019 with Godzilla: King of the Monsters, a sequel to the 2014 movie, Godzilla. After that, she reprised her role in the Godzilla movies one more time in 2021. Her career only grew after Stranger Things, and she even started her own beauty product line “Florence by Mills”. Although this didn’t stop her from being targeted by media and haters. She was constantly criticized and ridiculed. At only 14 years old, she was falsely attributed with homophobic slurs on social media, and this made her eventually quit using Twitter.

Besides this, she was highly scrutinized for using and being an ambassador for Samsung. After Brown turned 18 years old, her social media was flooded with sexual, inappropriate comments. She is being targeted a lot, but she’s also becoming more and more famous and seems to be blocking all the negativity pretty well. We can say that her big break came with a very successful series, and she only added up to it to climb the ladder to success! She’s also an online student at Purdue University, and she’s studying health and human resources!

Who is Millie Bobby Brown in a relationship with? Brown has been together with names like Jacob Sartorius, and Joseph Robinson. With Sartorius, they quickly went public in 2017. They posted a bunch of PDA-filled content and gushed over each other nonstop. However, the relationship fizzled out by December 2018. Millie took to Instagram to let everyone know that they ended their relationship. Afterward, in January 2020, Brown’s name started to come up alongside Joseph Robinson.

The twosome released a picture of cuddling on Snapchat, and fans quickly realized that this wasn’t the first time they were together. In August 2020, they ended their relationship after 10 months together. When the calendar hit June 2021, we saw Jake Bongiovi, son of Jon Bon Jovi, post a picture with Millie Bobby Brown with the caption “Bff <3”. This sparked dating rumors immediately. They accepted the rumors and went Instagram official in November 2021 with PDA-filled pictures, celebrating important milestones and more! They even made their red-carpet debut at BAFTA. They seem really in love, and happy together. So, Millie Bobby Brown is currently dating Jake Bongiovi. 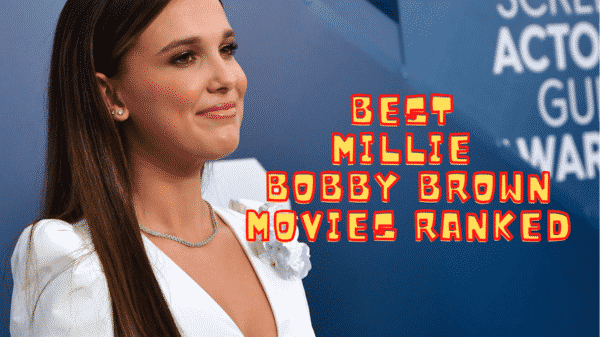 Millie Bobby Brown entered our lives with the 1st season of the sensational Netflix series Stranger Things which has broken every Netflix record. The...