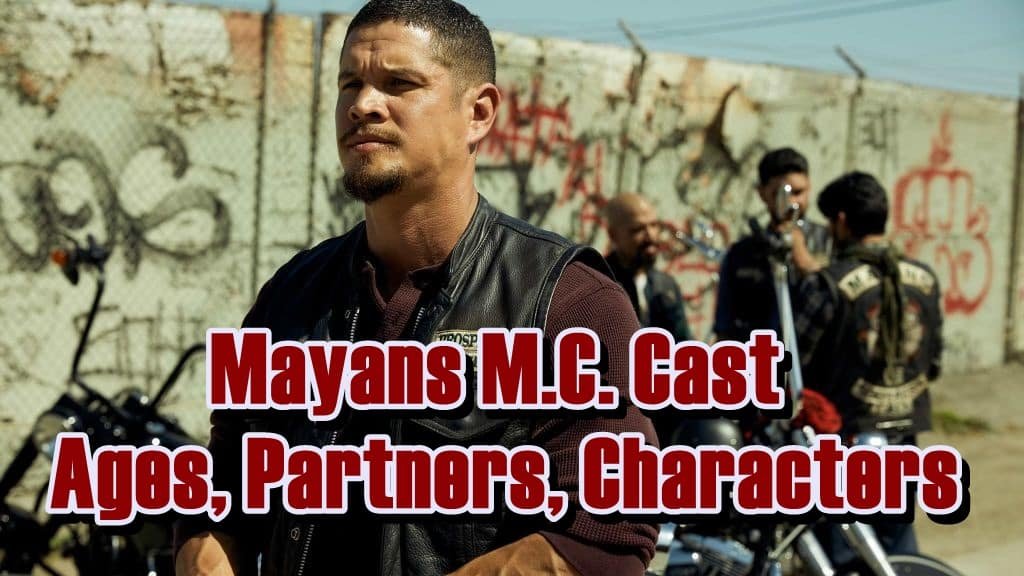 You should check the work of Mayans MC cast if you want to watch a vibrant combination of Mayan iconography and motorbike imagery. On the poster for the show, we clearly see Ezekiel “EZ” Reyes (JD Pardo) with a set of illustrated Mayan figures, so we get an obvious message: this will be a spin-off of Sons of Anarchy.

As you know, the motto of these people is the way to go to paradise was to suffer a violent death, and we will see the same in the work Mayans MC cast. The creator Elgin James approached Mayan MC with a sense of a motorcycle gang in the imaginary town, and it is one of the shows today that are worth checking out if you want to watch a badass motorcycle gang.

Enough talk, now let’s meet the Mayans MC cast by learning about their age, partners, and what characters they are portraying in the show. 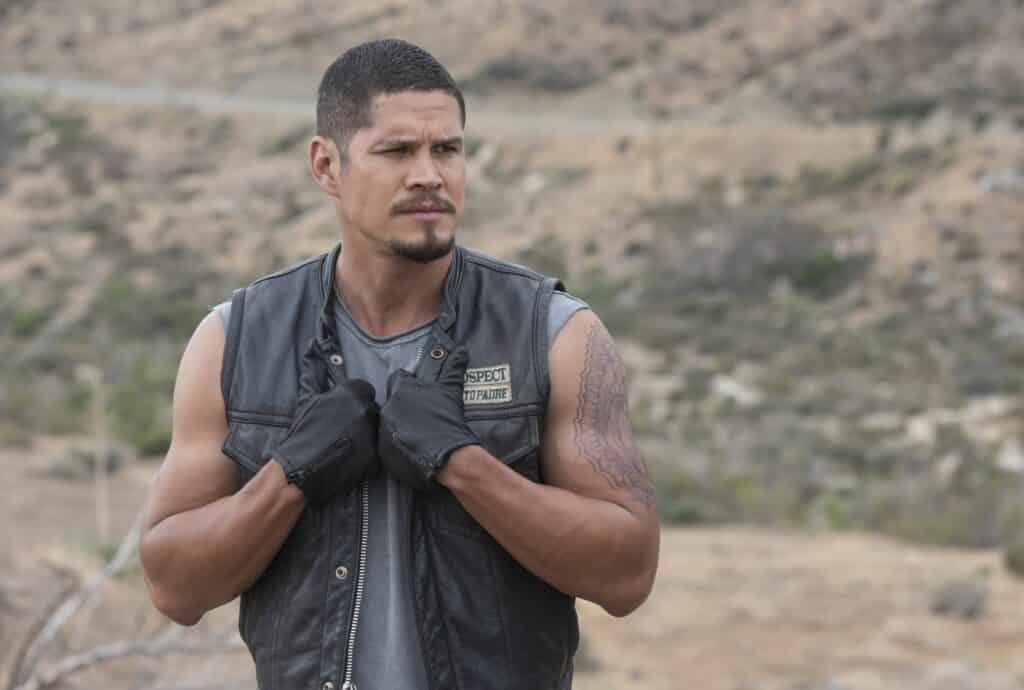 Ezekiel, or with his short name EZ, is the young prince on his way up in the Mayans. Ezekiel’s character in the show can be described as the talented son of a well-known Latino family who got destroyed by some cartels, and this situation resulted in him finding himself in various scenarios he did not want to end up in.

Jorge Daniel Pardo, who gave life to this character was born on September 7, 1980, in California. Pardo was actually first known as a model for famous designers such as Tommy Hilfiger, Gucci, and Skechers, but now we watch him on the screen.

He is now known to be living in Los Angeles with his wife Emily Frlekin, but he does not share too much about his personal life. 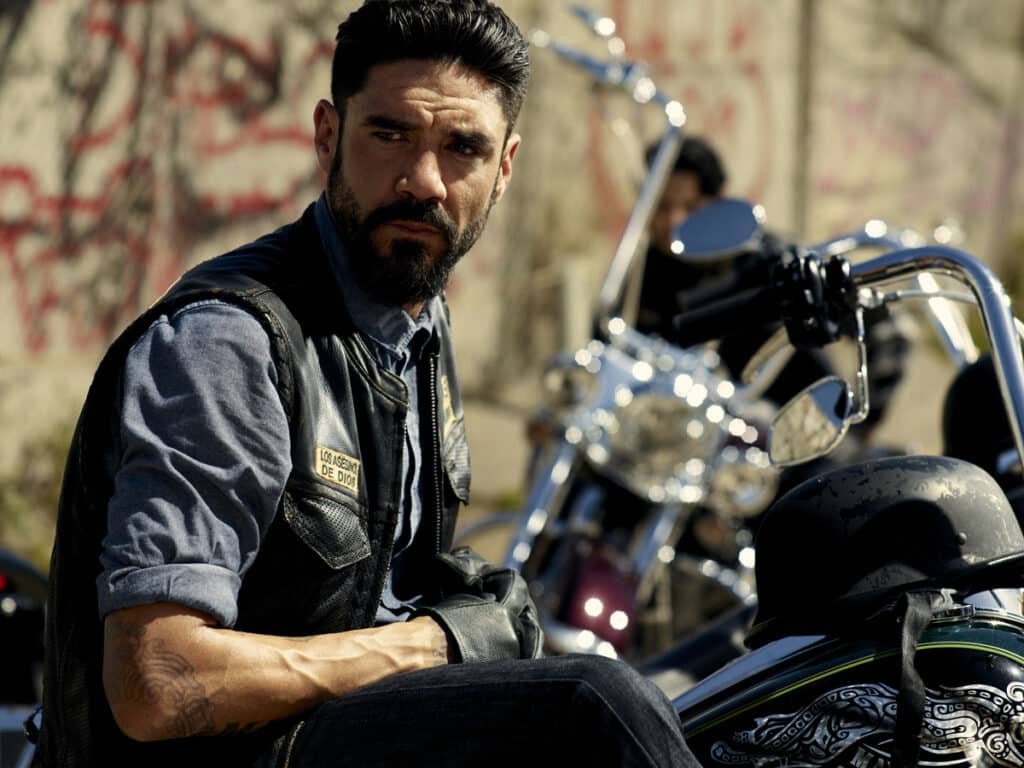 Angel is EZ’s brother and he is played by Clayton Cardenas. The initial attempt of EZ related to solving the mystery of her mother was later supported by Angel in Season 2, presenting us with an epic family drama.

Clayton Cardenas was born on November 24, 1985, in California, and we do not know his relationship status since Cardenas hasn’t said anything about it but we guess he is single. 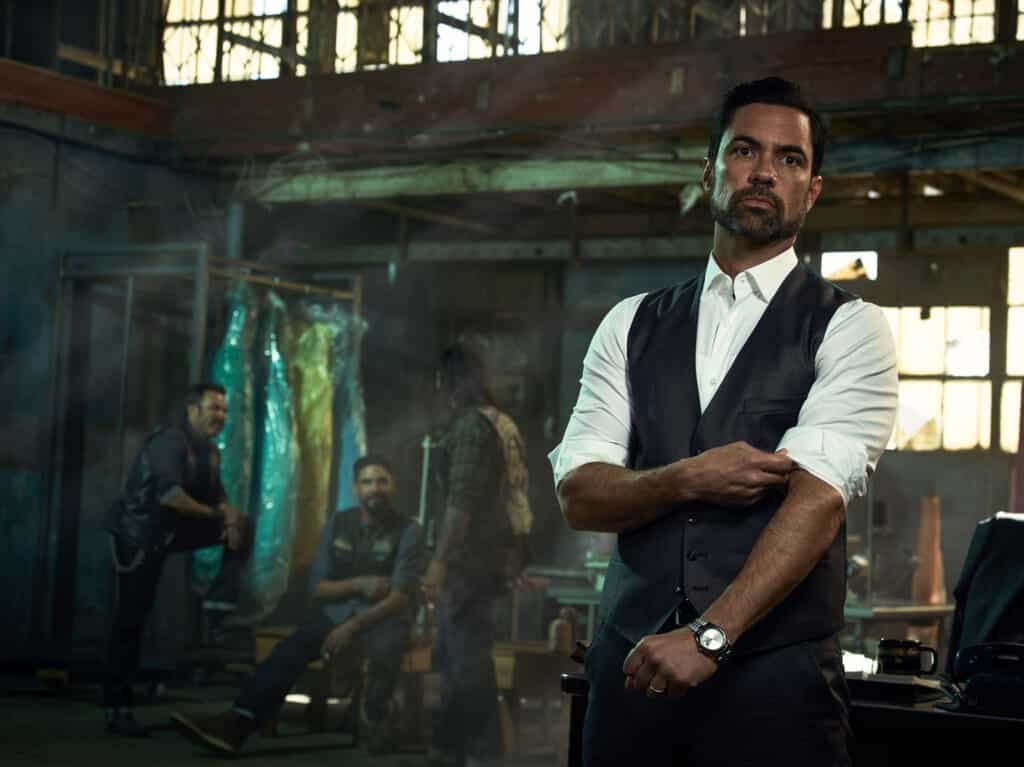 Danny Pino is probably the most known character in the Mayans MC cast since he plays the lead of the cartels Miguel Galindo, the son of Jose Galindo. He once tried to reach an agreement with the police so he could continue selling drugs, but in the end, his attempts were in vain.

Danny Pino became popular with CBS’ Cold Case and Law & Order: SVU which are very famous shows you should also check out if you like his performance on the Mayans MC cast. Scandal, BrainDead, Burn Notice, and The Shield are the other works of this actor who was born in Florida on April 15, 1974. He has been married to Lilly Pino Bernal and they have two kids now. 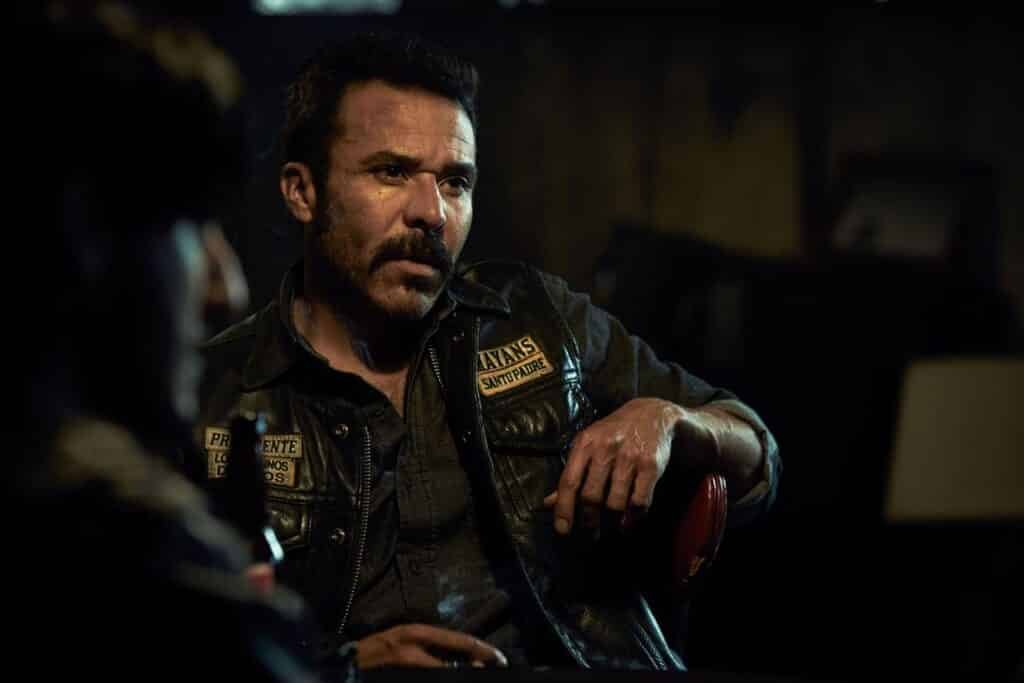 Bishop is a military veteran in the United States Army and is now chairman of the Mayans’ Santo Padre charter. He lost his son in the show and broke up with his wife, so he has a lot to take in which explains his aggressive behavior.

Mayans MC cast member Micheal Irby is currently 49 years of age and he is married to Susan Elena Matus. 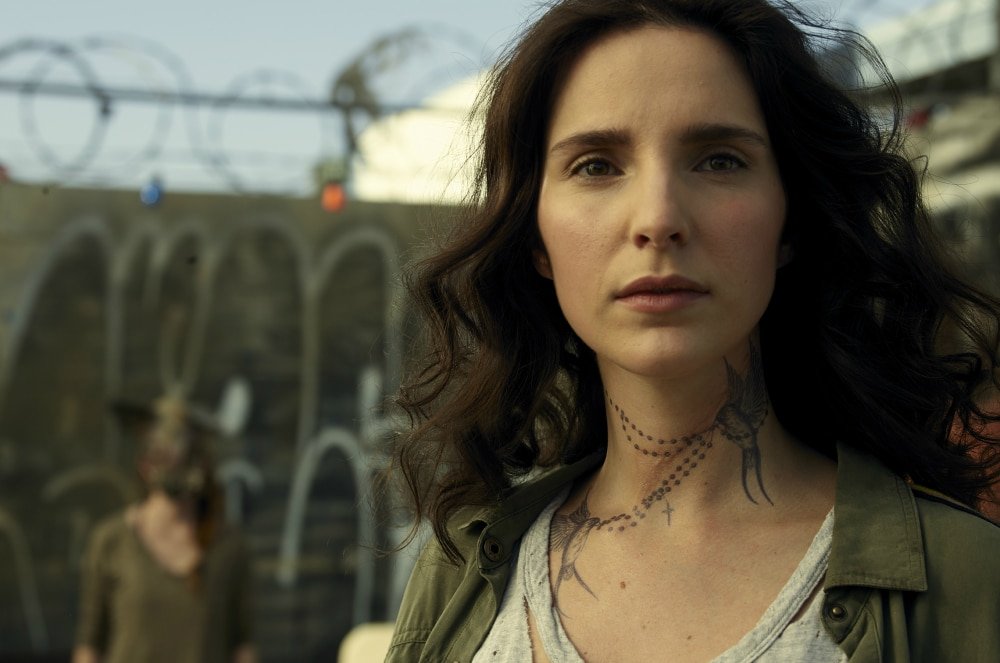 Carla Baretta plays Adelita in the Mayans MC cast, and she is a young woman who has been tortured by the FBI. Adelita seems to get rid of his own past and she is currently working as a teacher for a group of Mexican orphans.

In Prueba de Vida (Proof of Lies) and Sol, we first saw her speaking English, and being a part of Mayans MC cast is Baretta’s first significant English-language role. Carla Baretta is also an artist who can speak several languages. She was born on 9 July 1990 and is a Venezuelan model and actor who is married to Guillermo Garcia. 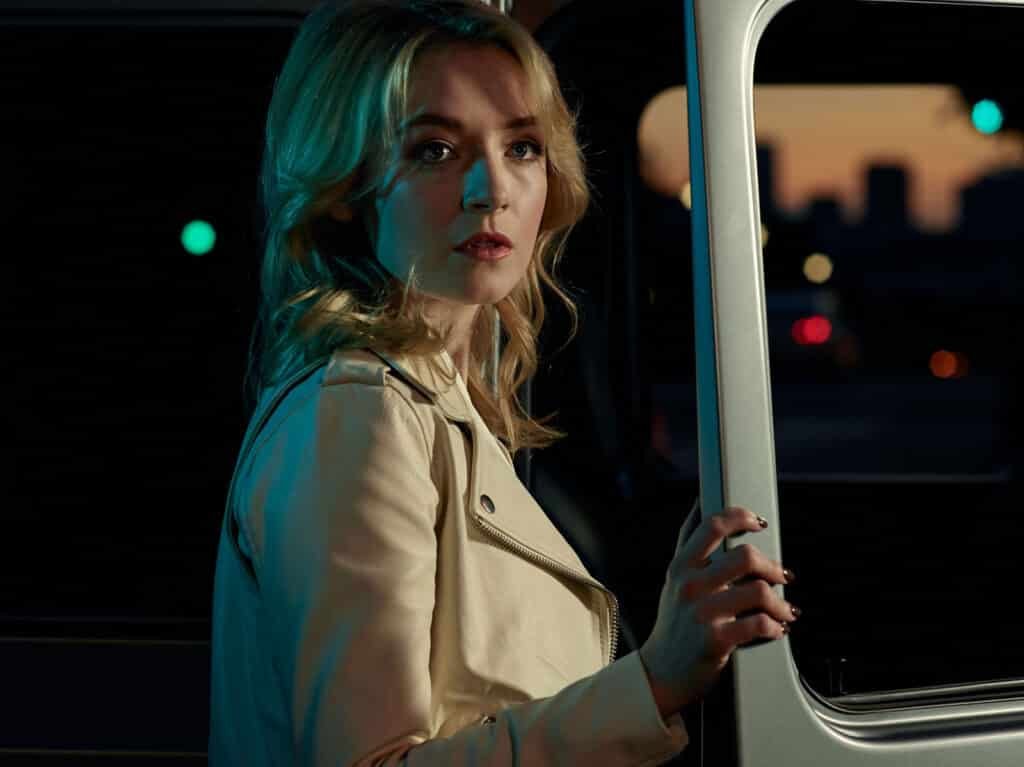 Emily is EZ’s high school love but we watched her as a girl from outside his Latin culture. While her ex-lover EZ was in jail she was faced with the harsh truth of life.

Sarah Bolger is currently 31 years of age and she was formerly married to Julian Morris who she divorced in 2015 and Freddie Highmore. 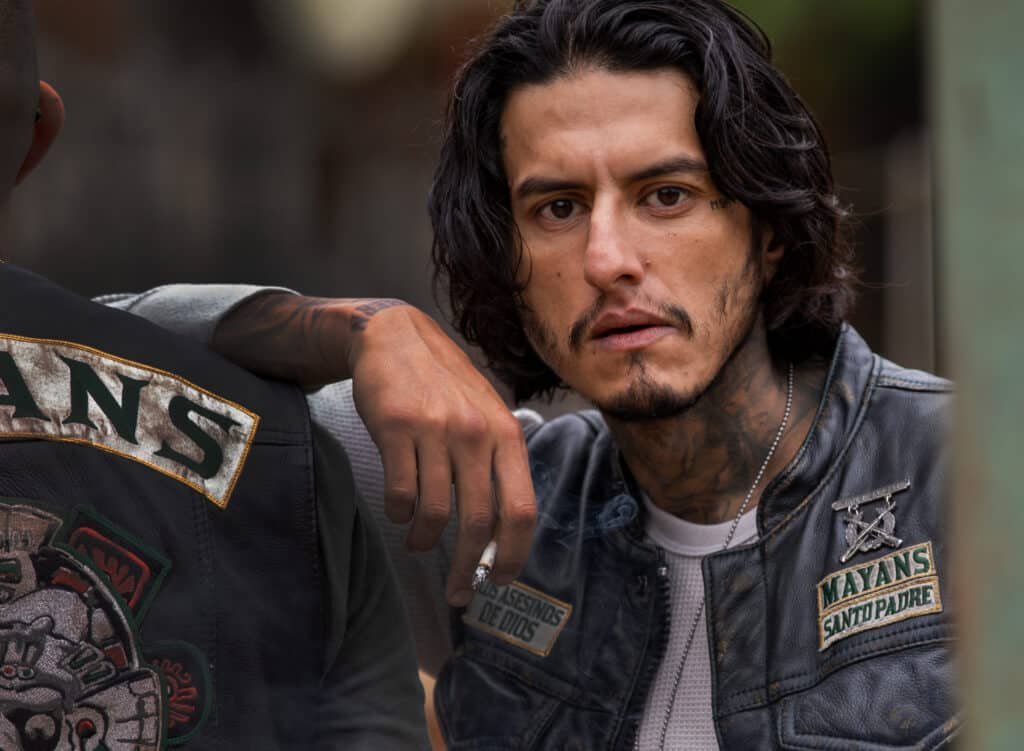 Richard Cabral has a unique story to offer as an actor and he plays Coco in the Mayans MC cast. We were shocked when he killed his own mother and later learned that he has a daughter. Cabral is currently 37 years old and Janiece Sarduy is his spouse.