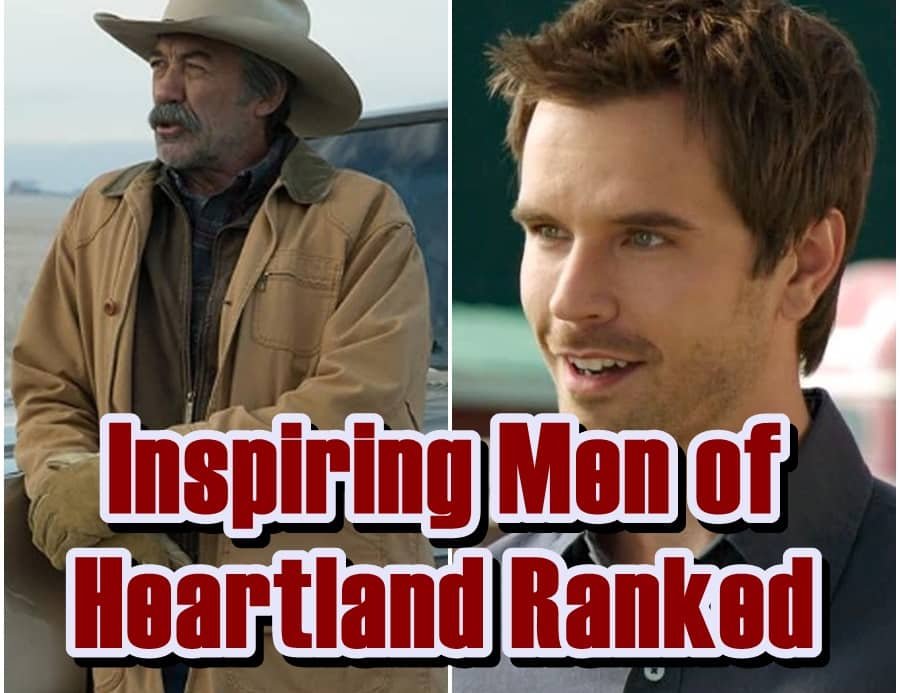 Are you wondering who the best men of Heartland are? Fans usually divide between Ty and Jack, but we have many more men of Heartland on our list. Which one do you think will get the 1st place?

As you might know, Heartland is a family drama that airs on CBC TV which began airing in 2007, and now it is the longest-running one-hour drama in Canadian history. The novels published by Working Partners under the pen name Lauren Brooke are the books that give life to the story of Amy and her family and horses.

The series was shot in Alberta and it chronicles Amy Fleming’s interactions with her family, and later you will watch how the ranch worker Ty Borden falls in love with her. Amy’s particular powers as a horse whisperer are exquisite, and they live happily on the ranch called Heartland.

The series is a winner of the 5 Directors Guild of Canada Awards, and it has more than one million viewers every episode. Heather Conkie, David Preston, Leila Basen, James Nadler, and Sheila Prescott are the people who present us with events from the books by drawing plots and concepts from the books. Let’s move on with our list of the best inspiring men of Heartland, are curious who will be the first? 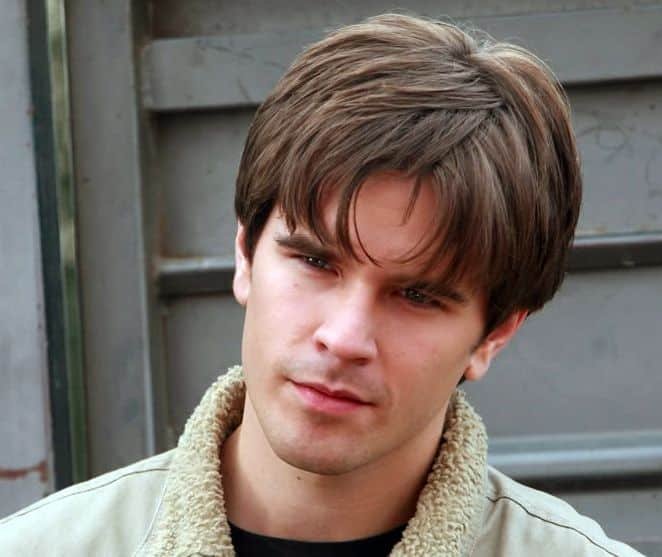 Ty Borden looks like the most inspiring man of Heartland being Amy’s husband, Lyndy’s father, and the son of Lily and Brad Borden. Ty’s stepfather was abusive and Ty was arrested when he was beating up his dad for abusing his mother, Lily Borden. He was assigned to work at Heartland as part of his probation, and he quickly became one of the best men of Heartland and decided to stay at the ranch.

Ty initially appears when Amy was out on a trail ride and Ty informs Amy that Marion hired him, starting their journeys and relationship together. The reason why he is the most inspiring man of Heartland is that he was basically the best father ever to his daughter. Jack Bartlett is one of the inspiring men of Heartland being the leader of the Bartlett-Fleming-Morris-Borden family and he has lived at Heartland Ranch his whole life, being there for Amy and Lou. We first saw Jack when he visits Lou in the hospital and gives her an update on Amy’s condition following the accident, and later Jack receives an update from Scott regarding the horse called Spartan, who suggests that he be put down. Of course, it does not happen because Jack does not want any harm to any horse, which we think is what makes him the 2nd most inspiring man of Heartland. Mitch works as a stablehand for Heartland, lives in a camper at the Dude Ranch, and is a great candidate to be the best inspiring man of Heartland. Mitch and Lou connect online and go on a date, but the first date does not go well and Lou rejects him. Later Jack hires him, Mitch and Lou keep flirting with one other and they finally have a healthy relationship in Season 13. The reason why we find him inspiring and put him in the 4th place is that even though he seemed like a terrible person on his first date with Lou, we later realized that he actually cares a lot about the people around him. Peter Morris is Lou’s ex-husband and Katie and Georgie’s father, but he was known as the oil guy in the Fleming family. We had a nice laugh when Lou asked him on a date at Maggie’s, telling her that she’ll recognize him as the only one who isn’t wearing a cowboy hat. Anyways, he is not one of the most inspiring men of Heartland because if he was, Lou and he would not break up in the first place. He is basically not a good dad and a husband. Scott Cardinal is the veterinarian at Heartland who helps the horses and the ranches, he is a personal friend of the Fleming/Bartlett family and he has a long history with them. We remember how he and Lou had some feelings toward each other as adolescents, and they dated when Lou came back from New York; however, they broke up after a short period of dating. He is an inspiring man and we put him in the 6th place because he does his job with all the love he has. Caleb Odell is a ranch worker who appeared when Ty was absent for 4 months, and there was a time these two were competing for Amy, but they later became each others’ best friends. He is Cassandra Fay’s spouse, Carson’s father, Ty Borden’s best friend, and one of the inspiring men of Heartland. He falls in love with Cassandra, Ty’s coworker, and Scott Cardinal’s employee, but he had a long romance with Ashely Stanton. Caleb is one of the least inspiring men of Heartland because he often seems like he does not have good intentions, the first example was when he was trying to make Ty jealous using Amy. Tim Fleming is one of the least inspiring men of Heartland because even though he is the father of Lou Fleming and Amy Fleming, he could not take good care of them and he uses alcohol more than he should. When Lou and Amy were 15 and 5, Jack is outraged and kicked him out of the house, but following his wife’s death, he began working at Big River and later bought it. Tim Fleming married Marion Bartlett, and Lou was born soon after but they started to argue a lot right after the birth. Tim Fleming is the least inspiring man of Heartland for being a terrible dad and a ranch owner, and we know a lot of you would agree on that.