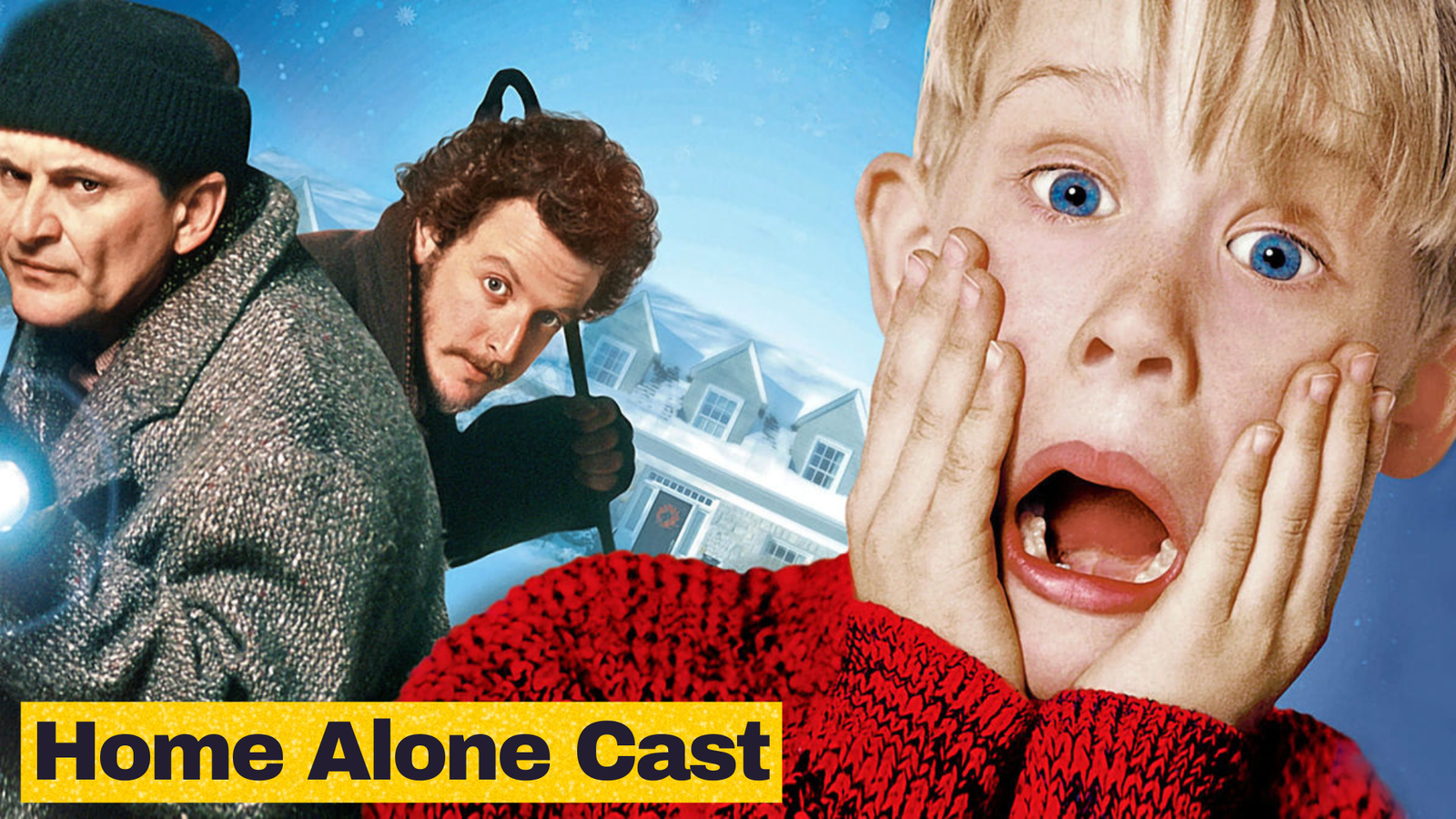 Home Alone is a comedy movie released in 1990. This comedy movie, which we all watch at least once during Christmas, is about an 8-year-old boy who is accidentally left alone at home at Christmas time and has to protect his house as a result of a burglar breaking into his house. Since this Christmas comedy attracts the attention of people of all ages, it has become a Christmas classic that is watched by the family, regardless of whether children, adults, or the elderly, and leaves warm feelings in the hearts. With the Christmas celebrations approaching in 2022, we must remember the movie Home Alone again.

Also Read: The Addams Family Cast – Where Are They Now? 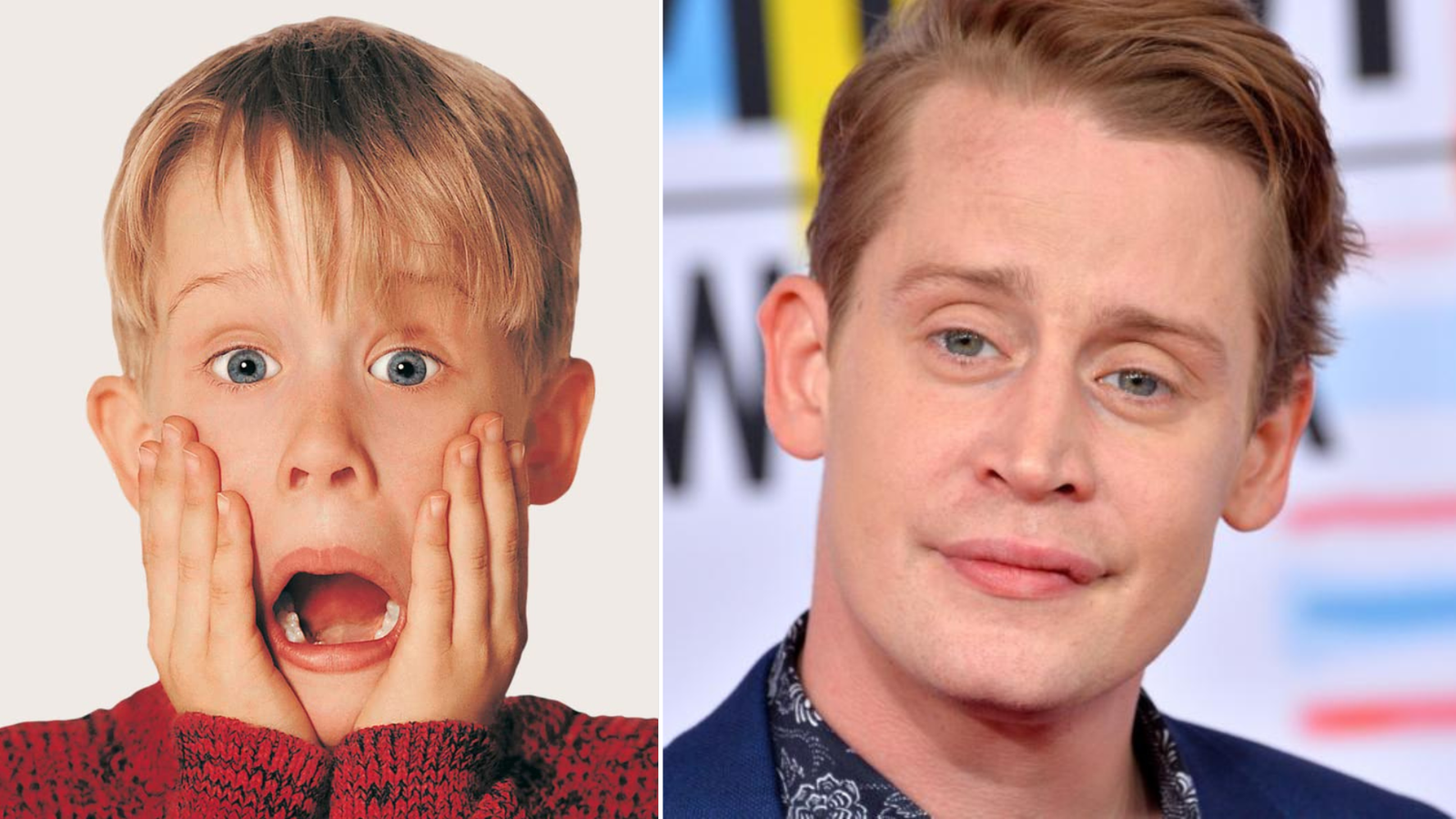 Macaulay Culkin played the role of the boy who is left alone at home and protects his house from two thieves in the movie Home Alone. Kevin, who harassed the thieves by setting up various traps to protect his house, was the cute boy character of the Home Alone movie and also the troublemaker. Macaulay Culkin was 9-10 years old when he played this role. The character Kevin he plays is 8 years old in the movie.

Macaulay Culkin was born on August 26, 1980, and is now 42 years old. One of the best child actors of the ’90s, Macaulay Culkin had tremendous success as a child actor and had the opportunity to leave Hollywood at a very young age. Away from the spotlight, Macaulay Culkin progressed in life as a teenager should, but lived on the wealth he had inherited from his childhood. Although not as often as in his childhood, he occasionally appeared in movies and TV series. At the age of 18, he married Rachel Miner in 1998, but they divorced in 2004. Since 2017, he has been in a relationship with Brenda Song.

Macaulay Culkin, who had an active acting period from 1985 to 2004, started to be interested in music after 2013. Macaulay Culkin, who says that he looks at many things in his life as a hobby, also moved to Paris in 2013. He started a relationship with Brenda Song in 2017 and the couple had a child in 2021. 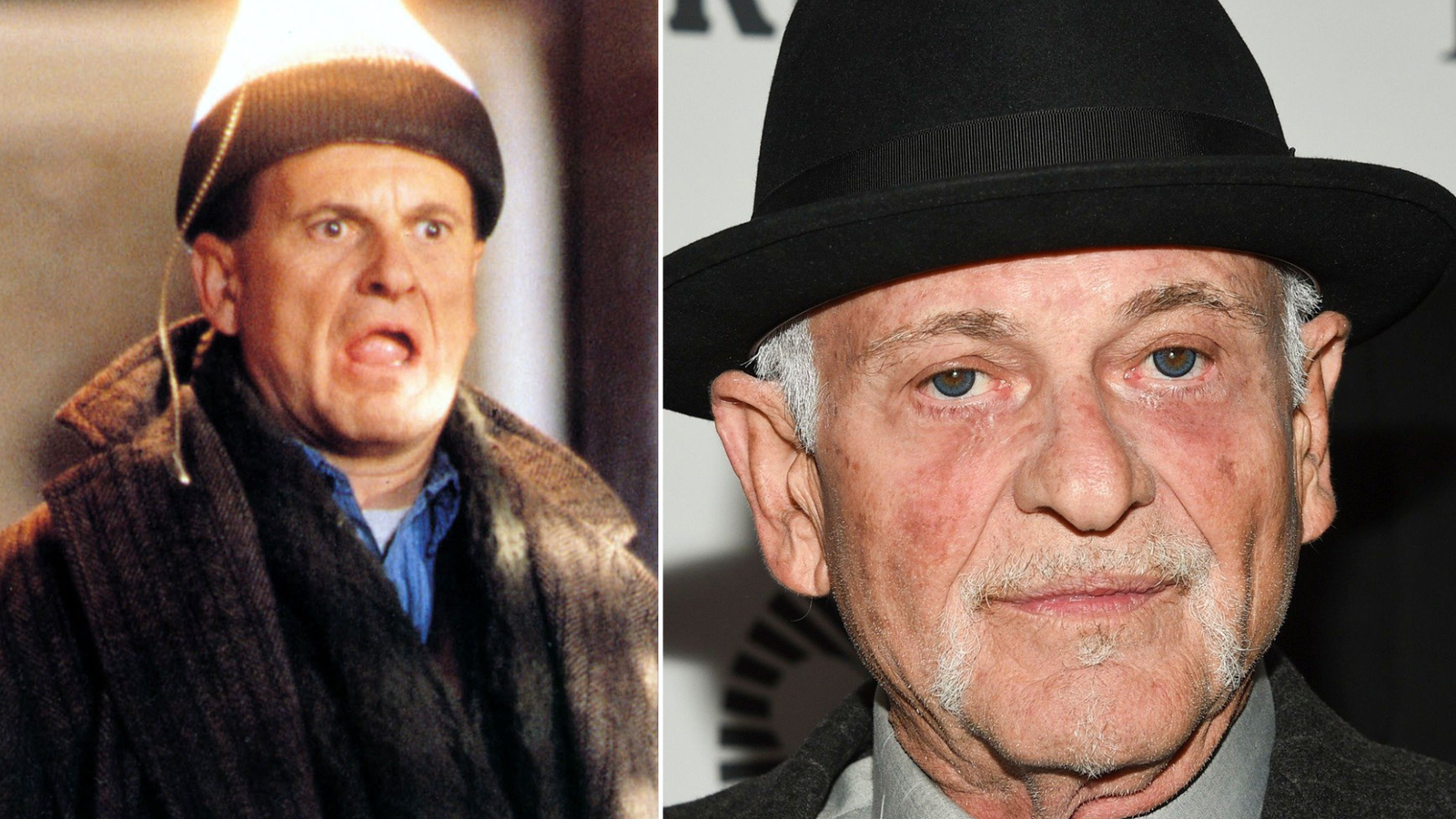 Joe Pesci, born February 9, 1943, is an American actor and musician. He continued his acting career, which he started in 1961, by taking a break from time to time. He played the character of Harry Lyme in the movie Home Alone. This character is one of the thieves who tried to rob Kevin’s house at Christmas time. Joe Pesci was 47 years old when he played this role. During his active acting career, Joe Pesci is known for films Goodfellas, Raging Bull, The Irishman and My Cousin Vinny.

Joe Pesci, now 79, took a break from acting in 1999 but resumed in 2006. He last appeared in the movie The Irishman in 2019. Joe Pesci has only appeared in a few projects since returning to acting in 2006. In 2023, he will appear in the movie again with the movie Day of the Fight. Joe Pesci is a musician and singer as well as an actor.

The famous American actor, who married for the first time in 1964, had a child from this marriage. Later, he also had his second and third marriages. He married his third wife, Claudia Haro, in 1988 and divorced in 1992. between 2000 and 2008
He was in a relationship with Angie Everhart. It is unknown if he is now in a relationship. 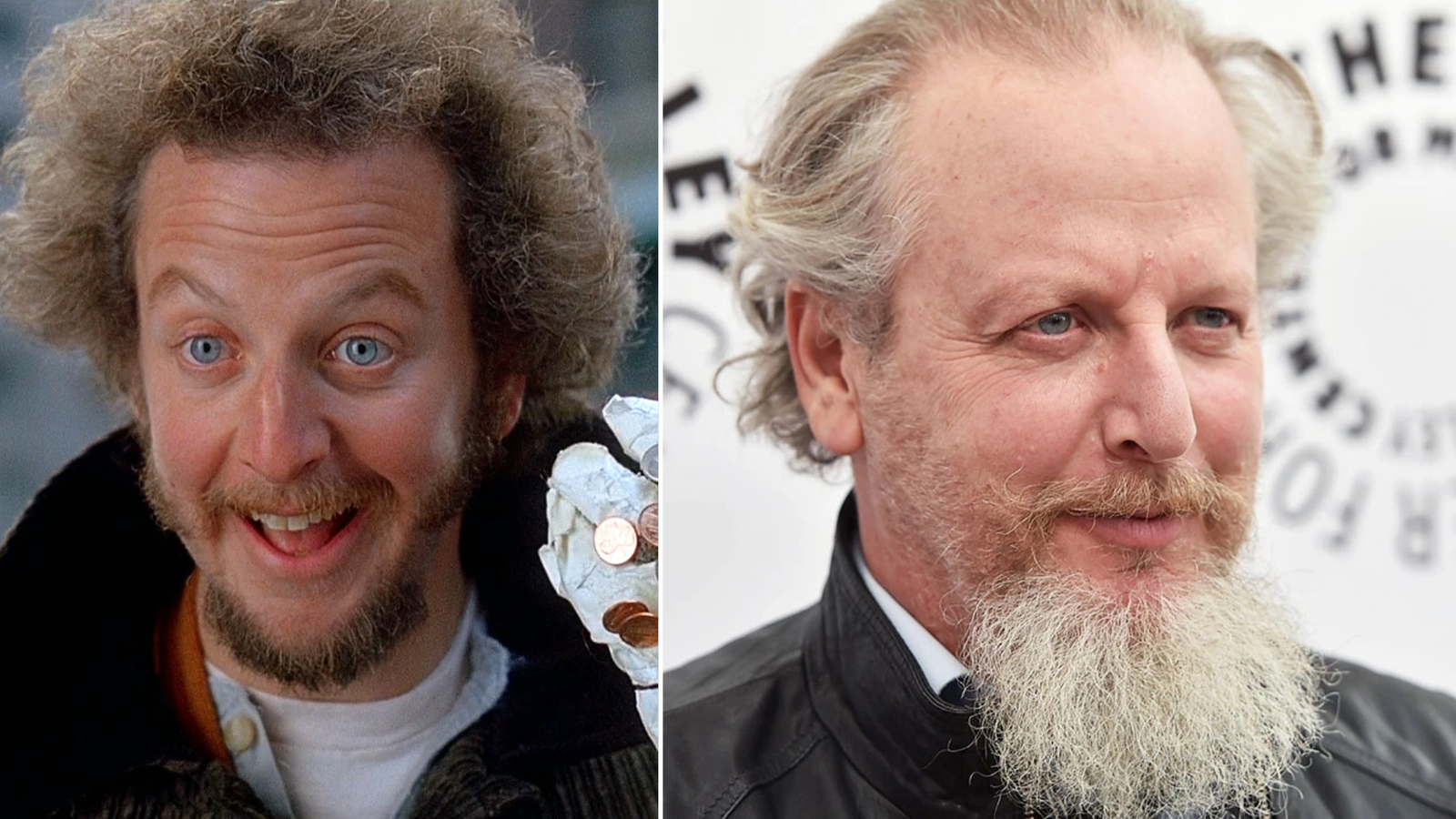 Daniel Stern, born August 28, 1957, is an American actor, director and screenwriter. He played the character of Marvin Murchins in the 1990 movie Home Alone. This character is also Harry’s partner, the thief, and these two thieves attempted to rob Kevin’s house at Christmas time. Daniel Stern was 33 years old when he played the role. In his acting career, which he started in 1978, he is also known for the films City Slickers and The Wonder Years.

Daniel Stern continued his acting career after the movie Home Alone. He is still currently acting, directing and writing screenplays. His latest film project is James vs. 2019 in 2019. It was His Future Self. He also appears in the movie Everything’s Peachy, which is currently in pre-production. The famous American actor, who has appeared in television movies as well as acting, took part in Captain Karl’s Institute for the Abnormally Bizarre project in 2020. In 2023, it is planned to take a role in the TV series For All Mankind.

Daniel Stern’s career continued in the same way after Home Alone. However, a cult project like Home Alone could not catch up. He has been married to the 65-year-old famous actress Laure Mattos since 1980. They had 3 children from this marriage. 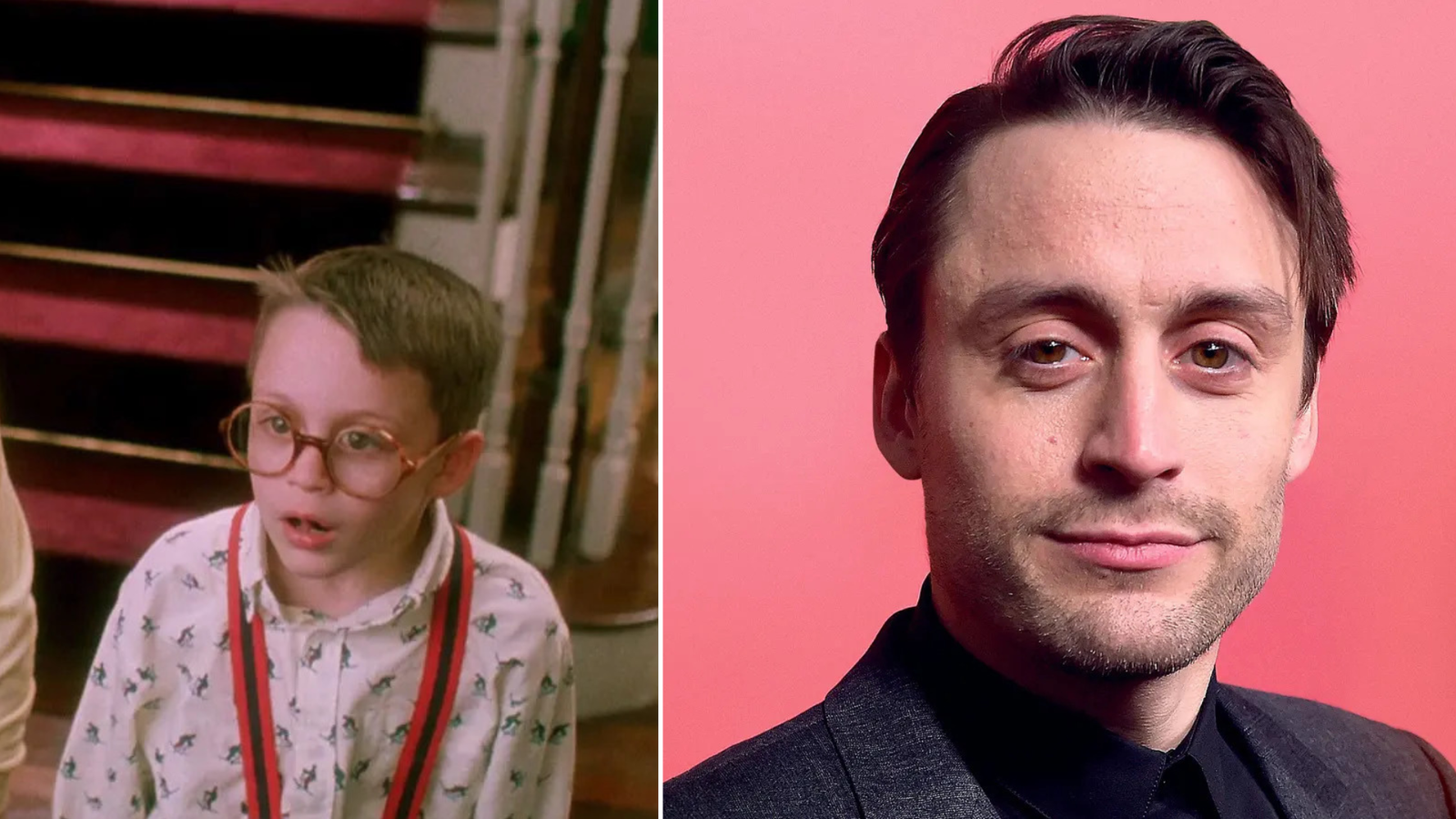 Kieran Culkin continued his acting career after the movie Home Alone. He last appeared in the movie No Sudden Move in 2021. In 2022, he starred as the narrator in the documentary Gaming Wall Street and voiced the character of Glen in the series Solar Opposites. Currently, the 40-year-old American actress married Jazz Charton in 2013. He had 2 children from this marriage. 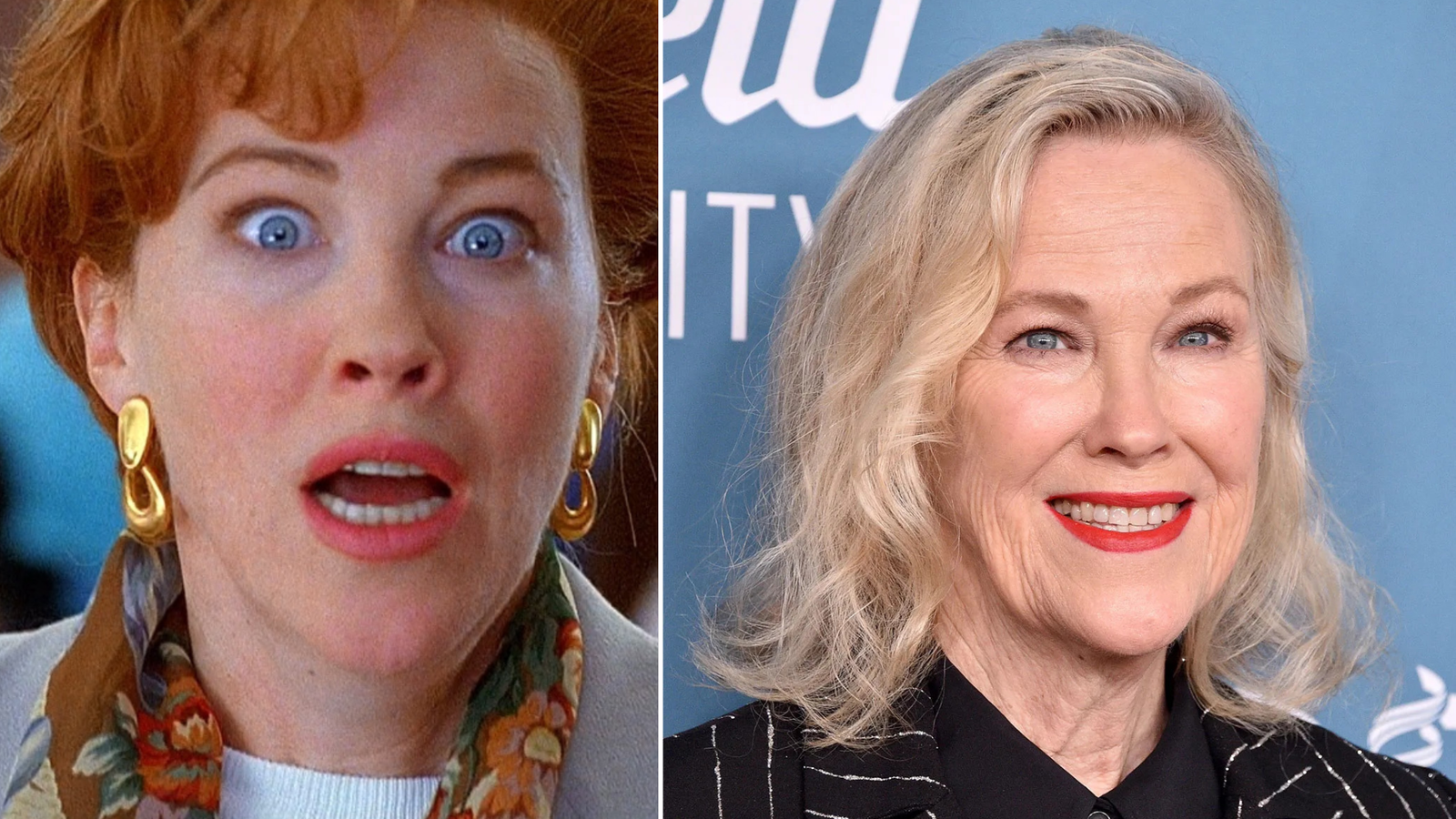 Catherine O’Hara is a Canadian and American actress. Born on March 4, 1954, the actress started her acting career in 1974. Catherine O’Hara, who was 36 when she starred in the 1990 movie Home Alone, played the character of Kate, Kevin’s mother. The famous actress, who started to rise in her career after the movie, is known for the films Best in Show, A Mighty Wind, Penelope and Frankenweenie.

Catherine O’Hara, now 68 years old, took part as a voice actor in the comedy animated movie Extinct in 2021, and in 2022 she gave life to a character in the TV series Central Park and played in the series The Kids in the Hall. Canadian-American actress Catherine O’Hara is co-starring with Henry Cavill in the Argylle project to be released in 2023. Another project she took part in for 2023 is the movie Pain Hustlers. Catherine O’Hara, who is also married, is still married to her husband Bo Welch, whom she married in 1992, and has two children from this relationship. 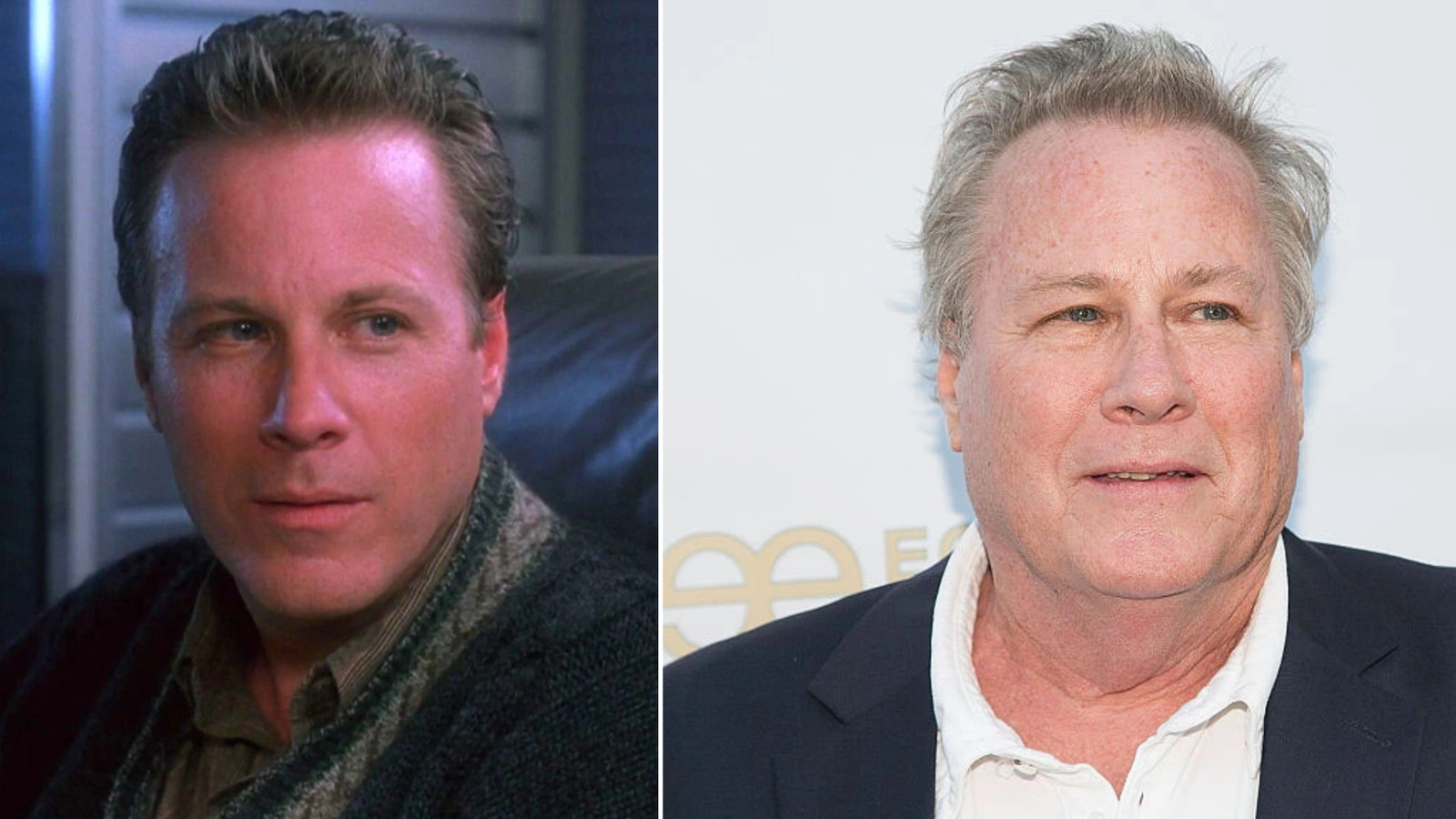 John Heard started his career in 1975 and continued until the end of his life. Most recently, he appeared in The Tale, Living Among Us, and Imprisoned, projects that could only be released in 2018. John Heard, who has 3 children, had 3 different marriages. However, he has lived a single life since her last divorce in 2010. 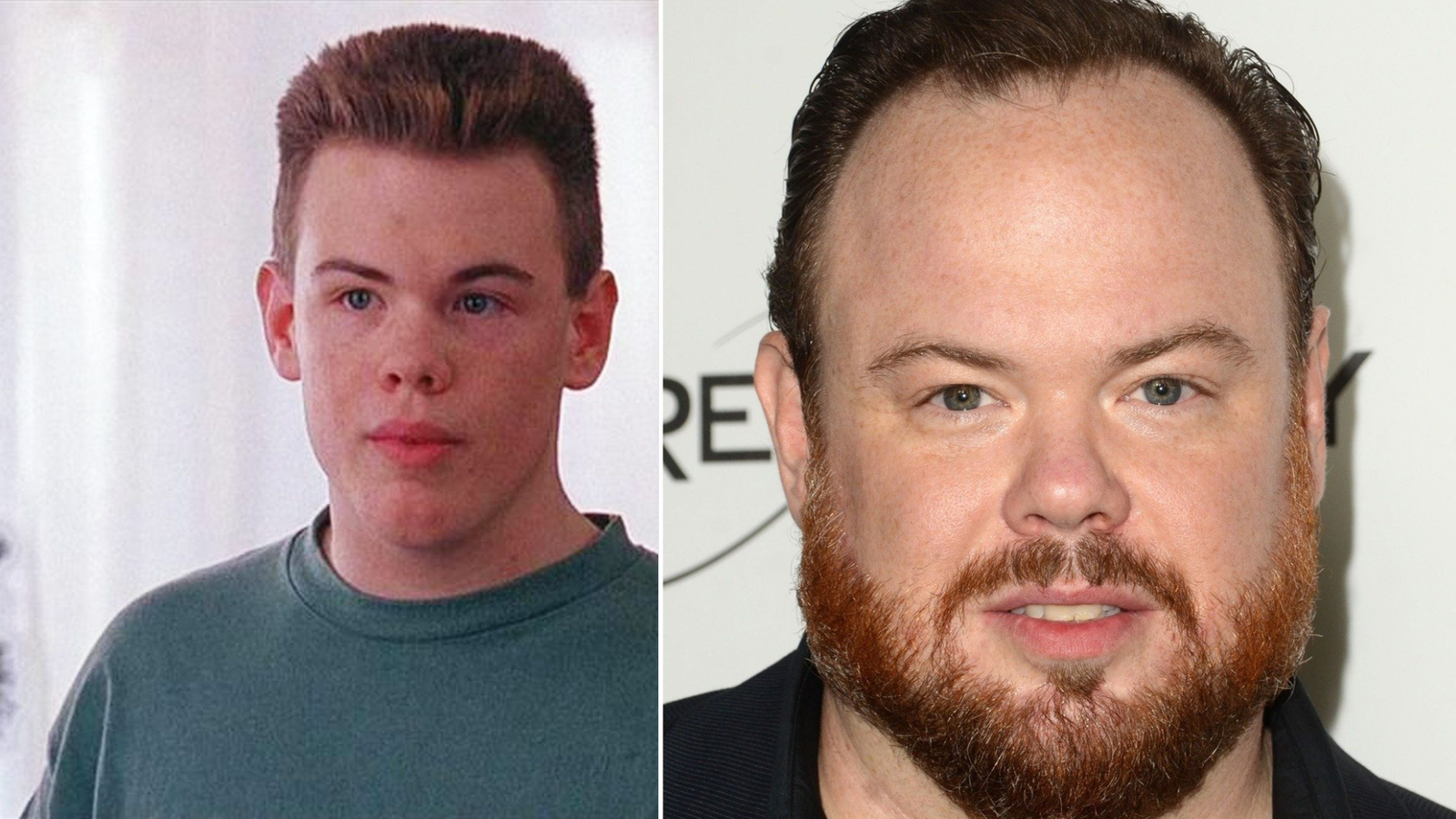 His career continued the same after the movie Home Alone, but although he played in a few good productions, he was not involved in a cult project as much as Home Alone. In 2021, he played Buzz McCallister again in the movie Home Sweet Home Alone. Devin Ratray has been on the agenda with various accusations since 2021. He was investigated and arrested for domestic violence for allegedly strangling his girlfriend in a hotel room in 2021. After this incident, his friend of 15 years stated that he drugged her drink in 2017 and attempted to rape her. 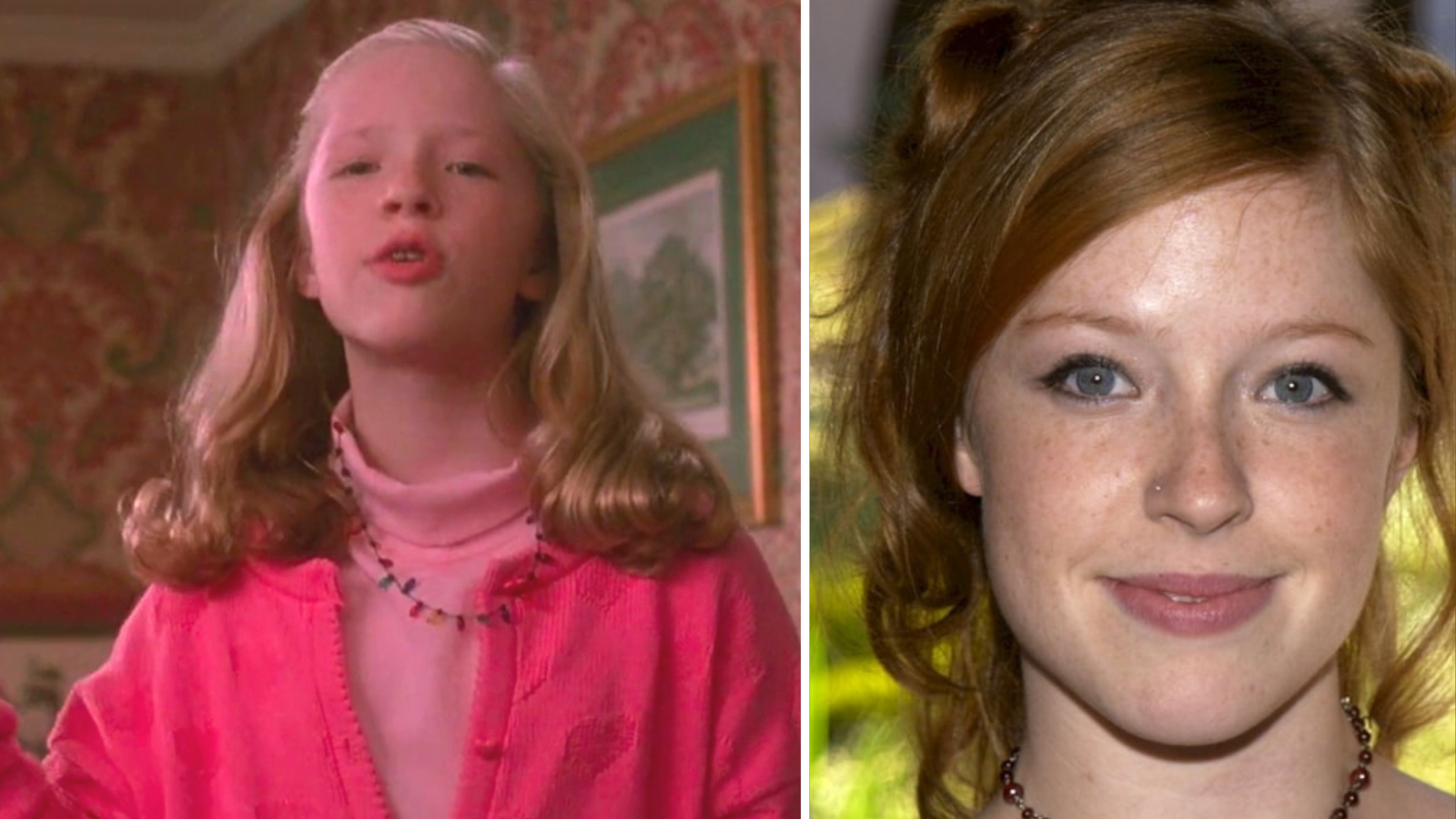 Angela Goethals portrayed Linnie McCallister in Home Alone. Born on May 20, 1977, Angela Goethals was 13 years old when she starred in the movie Home Alone. She is now 45 years old and continues her acting career. It cannot be said that her acting career went very well after the movie Home Alone. She was last seen in the short film P.T.A-Holes in 2018. One of her upcoming productions is the B4TM project, which is currently under construction.

Also Read: Malcolm In The Middle Cast Members – Where Are They Now?