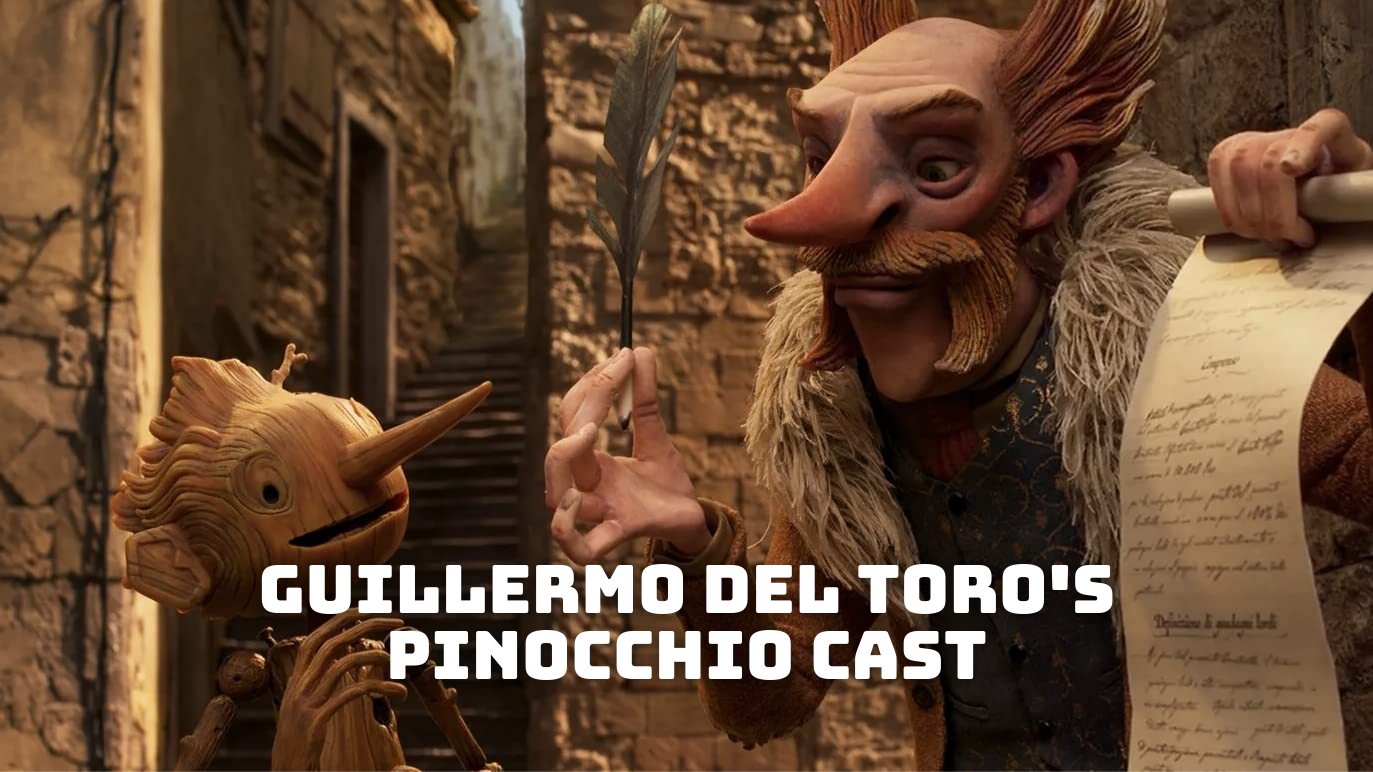 The cast of Guillermo del Toro’s Pinocchio is like a hit parade, as it includes several outstanding names, from Ewan McGregor to Cate Blanchett. Not to mention that the film has sprung from the intelligent mind of acclaimed director Guillermo del Toro and is a darker version of the classic Pinocchio story, the voice cast of the animated film alone is a reason to watch it. 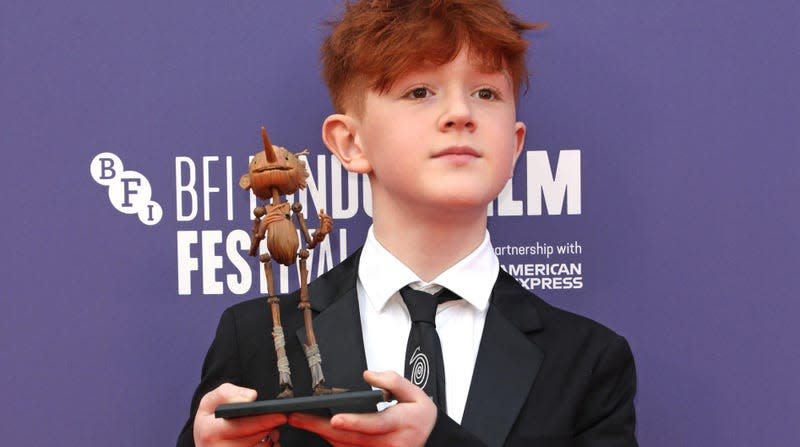 Gregory Mann is a child actor who lends his voice to the main protagonist Pinocchio in Guillermo del Toro’s Pinocchio. The young actor made his debut in 2018 with the film The Guernsey Literary and Potato Peel Pie Society. After that, he made an appearance in the TV series Victoria. Despite his age, Mann has given outstanding performances in the projects he’s participated in. So it looks like we’ll see the up-and-coming actor more often on the big screen. The 51-year-old renowned actor Ewan McGregor is also part of the cast of Guillermo del Toro’s Pinocchio. He voices Sebastian J. Cricket in the animated film. The multi-award winning actor is known for his roles in films such as Trainspotting, The Ghost Writer and Big Fish. He also played brothers Ray and Emmit Stussy in the FX series Fargo, for which he won a Golden Globe Award. Most recently, we saw the actor as Obi-Wan in the Disney+ series Obi Wan Kenobi.

McGregor is married to actress Mary Elizabeth Winstead, with whom he’s been in a relationship since 2017. The couple has one child together. Finn Wolfhard is a 19-year-old actor and musician who joined the cast of Guillermo del Toro’s Pinocchio with his role as Candlewick. The young actor debuted in 2014, but had his breakthrough in 2016 when he joined the main cast of Stranger Things with his role as Mike Wheeler. He was also part of the main voice cast of the animated series Carmen Sandiego. Wolfhard has also appeared in films such as It (2017) and its sequel, Ghostbusters: Afterlife and The Turning. A talented actor, he also lent his voice to Pugsley Addams in the film The Addams Family (2019).

Wolfhard is reportedly dating Elsie Richter. The couple confirmed their relationship in June 2021 with a blurry close-up photo of them smiling on his Instagram account. However, the picture was then deleted and the actor revealed that his fans threatened to publish his personal information to get his attention. 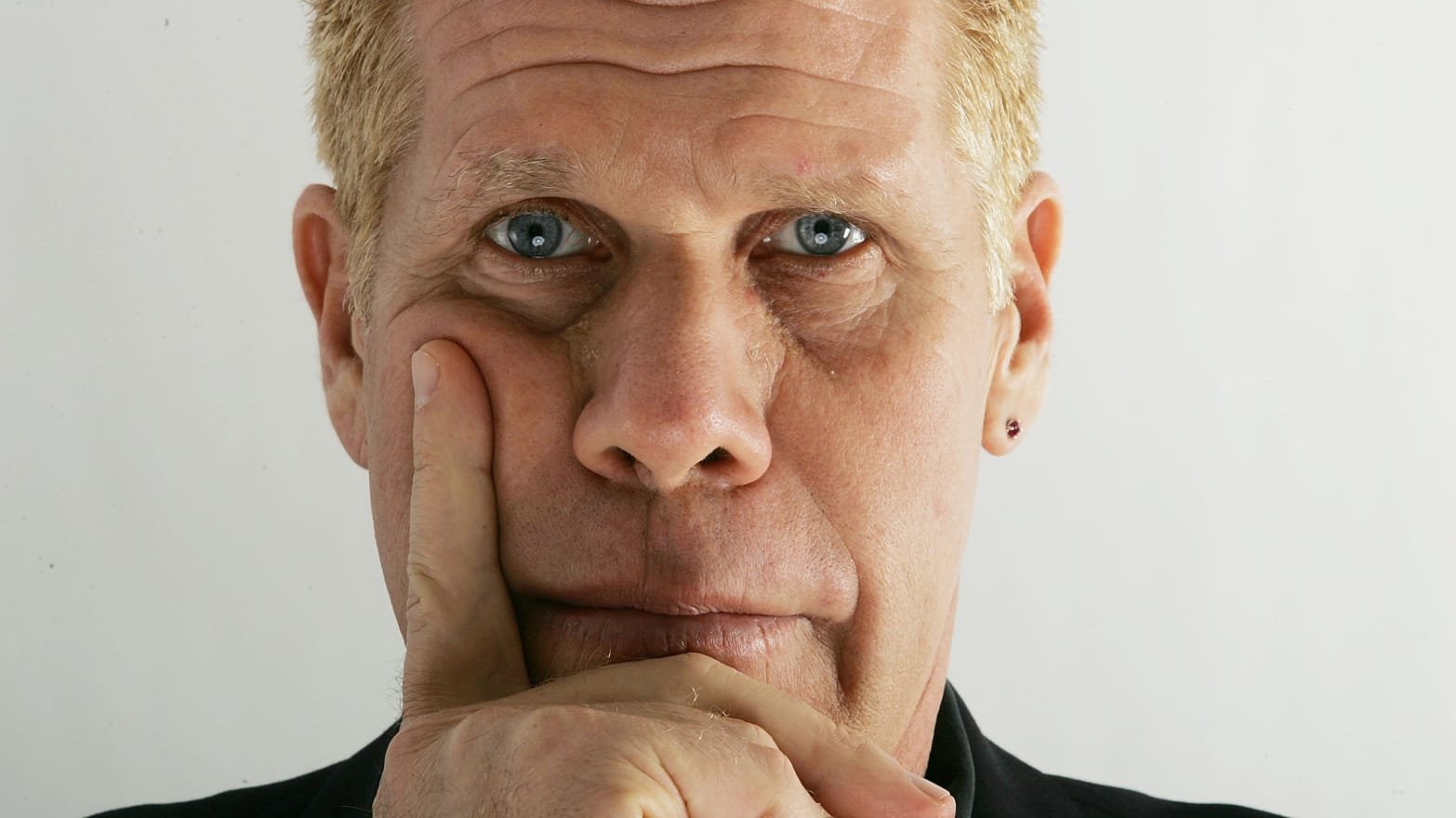 The 72-year-old well-known actor Ron Perlman is part of the cast of Guillermo del Toro’s Pinocchio and lends his voice to the Podestà. The actor is known for his collaboration with del Toro in many of his films such as Hellboy and its sequel, Nightmare Alley and Pacific Rim, to name a few. In addition, Perlman has starred in numerous other films, including Don’t Look Up, Drive and Alien Resurrection. He’s also known for his role in the TV series Sons of Anarchy. The beautiful and talented 62-year-old actress Tilda Swinton blesses us by lending her voice to the character Wood Sprite in Guillermo del Toro’s Pinocchio. The multi-award winning, versatile actress has starred in numerous films and TV series since the beginning of her career in 1986. We saw her as the White Witch in the film series The Chronicles of Narnia. She also starred in successful films such as We Need to Talk About Kevin, Only Lovers Left Alive and The Curious Case of Benjamin Button. In addition, the legendary actress starred in the Marvel films Doctor Strange and Avengers: Endgame.

Since 2004, the actress has been in a relationship with German painter Sandro Kopp. Dvid Bradley is a legendary British actor who’s 80 years old. He lends his voice to Geppetto in Guillermo del Toro’s Pinocchio. The actor is best known to the general public for his role as Argus Filch in the Harry Potter series. He also played the role of Walder Frey in Game of Thrones. Bradley collaborated with del Toro in his animated Netflix series Tales of Arcadia, lending his voice to the character Merlin. In addition to his career on TV and in cinema, Bradley also performs on stage.

He’s been married to Rosanna Bradley since 1978, and the couple has three children. The 53-year-old actor Cate Blanchett is also part of the outstanding cast of del Toro’s Pinocchio. In the film, she lends her voice to Spazzatura. The multi-award winning actor is known for her roles in films such as Elizabeth: The Golden Age, The Aviator and Blue Jasmine. The most nominated Australian at the Academy Awards, the versatile actor also starred in the miniseries Mrs. America.

In 1997, she married Australian playwright Andrew Upton. The couple has four children. The 66-year-old actor Christoph Waltz lends his voice to the main antagonist Count Volpe in Guillermo del Toro’s Pinocchio. The well-known and award-winning actor made his name in Quentin Tarantino’s 2009 film Inglourious Basterds. He then starred in another Tarantino film, Django Unchained. Among the other films the actor has starred in are Spectre, The French Dispatch and Tim Burton’s Big Eyes, to name a few.

Waltz is married to German costume designer Judith Holste, with whom he’s a daughter.