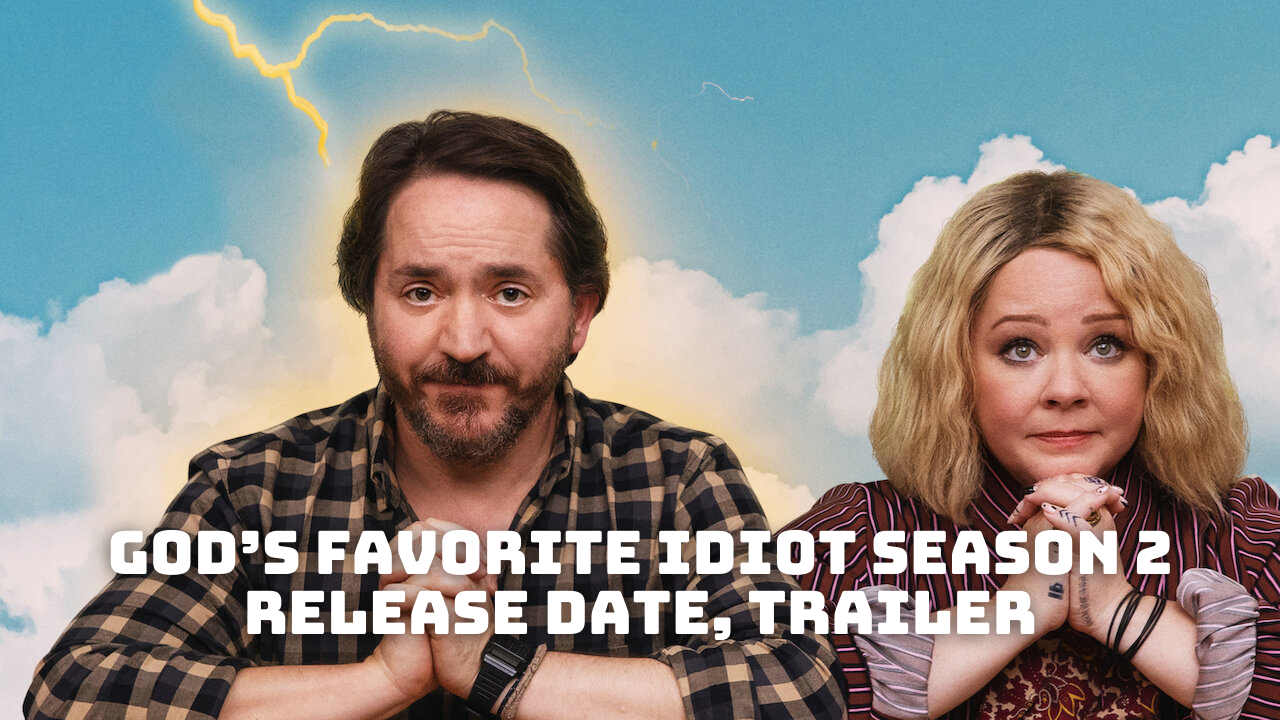 Unfortunately, God’s Favorite Idiot Season 2 hasn’t been announced yet. Netflix gave the apocalyptic workplace comedy a series order for 16 episodes in 2020. However, filming ended in early June 2021 after only eight episodes were shot, which were released on the streaming platform on June 15, 2022. Therefore, the 1st season of the series was divided into two parts and the 2nd part was to be filmed at a later date.

There’s no official announcement for Part 2 yet. We also don’t know if the filming for the 2nd part has started. But even if God’s Favorite Idiot Season 2 doesn’t happen, we believe that the 2nd eight-episode part of Season 1 will be released on the streaming platform sooner or later. 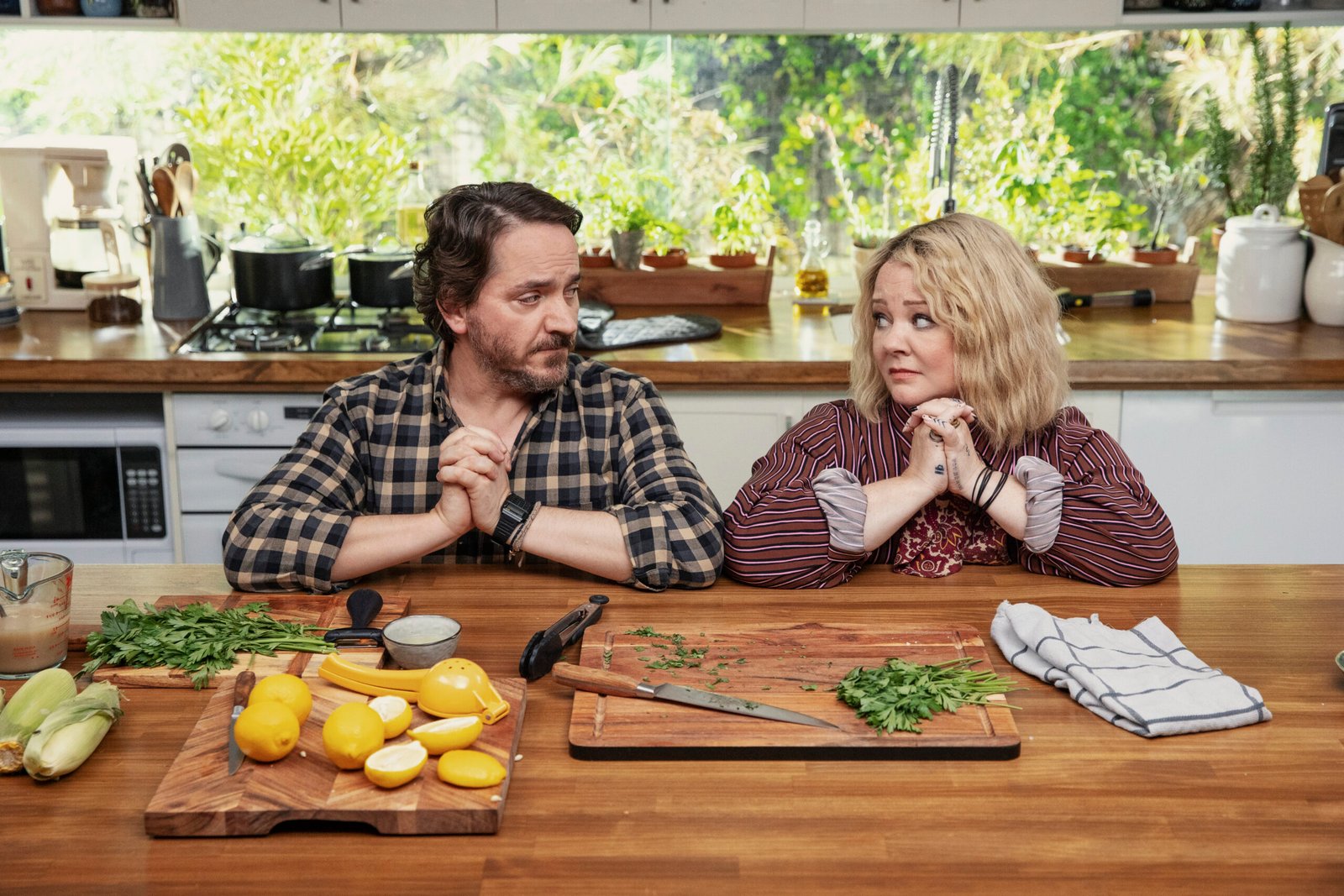 Since the series was planned as two eight-part batches, the end of the 1st part left a big cliffhanger. But what happened at the end of God’s Favorite Idiot Season 1?

The war with Lucifer wasn’t over yet. Lucifer’s forces have won some important battles, but they have yet to win the war completely. God’s conversation with Clark showed that Lucifer has the upper hand, and although she wants to fully focus on fighting this threat, it might not be enough in the end. At the end of Part 1, however, it looked like Lucifer’s dominance might be weakening. Satan seemed to be a threat to Lucifer’s power.

Satan, on the other hand, seemed to be a threat to Lucifer’s power, as she probably wanted the throne for herself, while Tom the Baptist was still recruiting more disciples. Satan also spared Wendy, Gene and Mohsin after Wendy convinced her that she was too powerful to spend the final battle killing people on earth. Instead of killing the humans, Satan returned to heaven after admitting she deserved to be in charge.

Meanwhile, Clark and Amily finally fled the town. Their attempt to spread God’s message had been met with much hatred, and God then ordered them to leave the town to be safe. Clark was told his next destination by God, and Episode 8 showed Clark and Amily leaving together. Fortunately, Amily confessed to Clark at the end of the season that she loves him too. Even though we don’t know where the duo is going, it’s clear that they’ve a mission and God has hinted that Clark will know what to do when it’s time for him to find out. 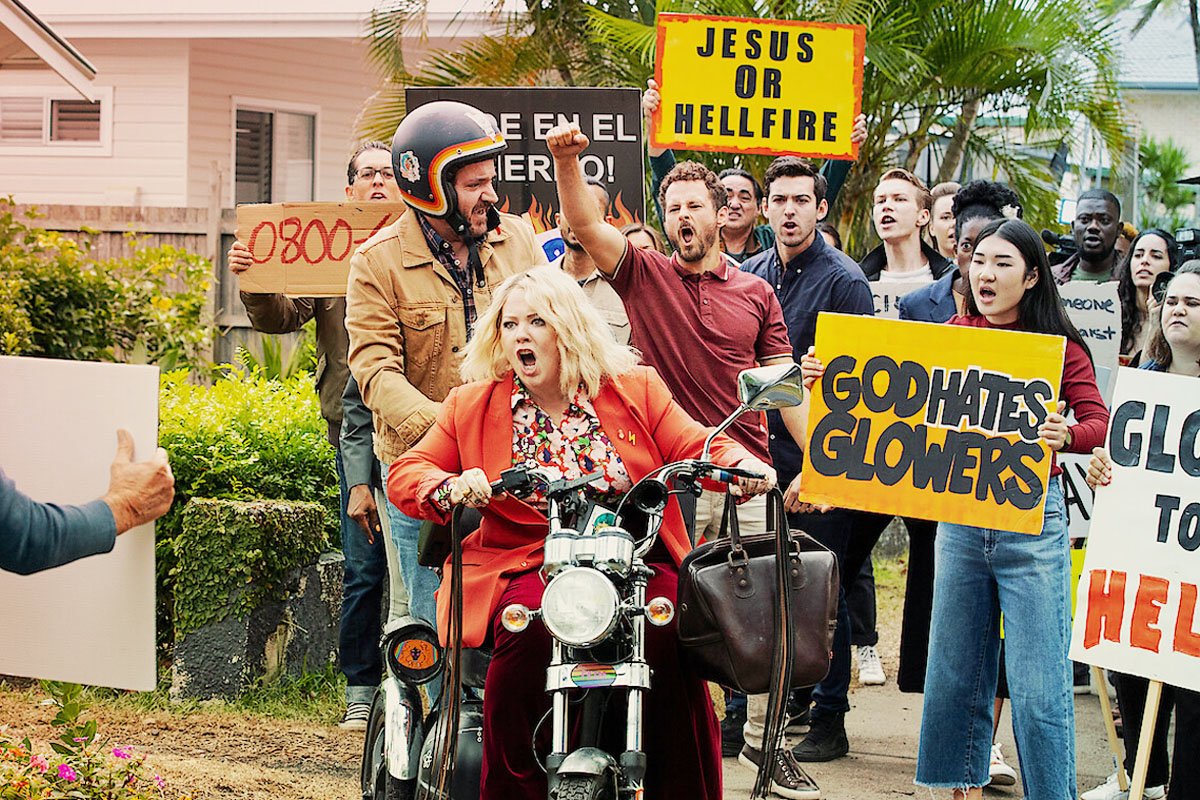 The question, “Is God’s Favorite Idiot blasphemous?” is a tricky one because the answer depends on the audience. Devout Catholics might find the series blasphemous, as they might find some indecent depictions of God in it. However, for viewers who’re not as sensitive to the concept of religion as Catholics, the series isn’t objectionable.

Some compare the series to Kristen Bell and Ted Danson’s The Good Place because of its religious concept. According to the Independent, God’s Favorite Idiot, while not as godly as The Good Place, deals with faith in a compelling way.

God’s Favorite Idiot was developed by Ben Falcone. In addition to him, executive producers include Michael McDonald, Melissa McCarthy and Steve Mallory. Falcone and MacCarthy also star in the series.

Also read: My Dad the Bounty Hunter Release Date, Trailer – Is it Canceled?