Even die-hard Gintama anime and manga fans may be unaware of all these Gintama cast members, so we had to dedicate a post for them. With a manga run of over 15 years, Gintama has established itself as one of the best comedy series to have come out of Japan, and while both the manga and anime have concluded, many people are still discovering this fantastic work for the first time, so many can be curious about the Gintama cast.

With such a large ensemble cast consisting of bright, strange characters, it might be difficult for new Gintama fans to keep track of everyone, so here is a list of the important Gintama cast members. 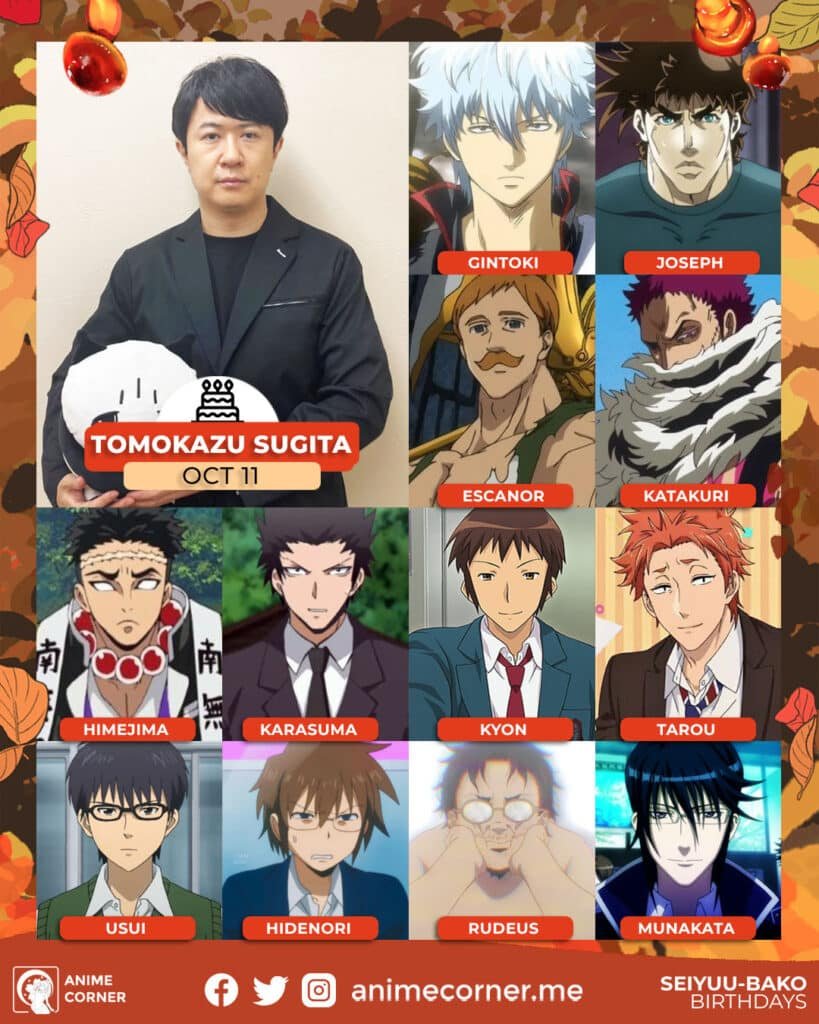 Gintoki is probably the character most are very curious about. Tomokazu Sugita is a voice actor and author from Japan who generally portrays young males and is known for his deep bass voice, as well as his ad-libs and imitations, and he is well known for his performances in Gintama as Gintoki Sakata, Tadaomi Karasuma in Assassination Classroom, Chobits as Hideki Motosuwa, and Shuffle as Rin Tsuchimi.

His most famous works are Gyoumei Himejima in Demon Slayer: Kimetsu no Yaiba, Kyon in Haruhi Suzumiya’s Melancholy, Yuichi Aizawa in Kanon, and Kazuyoshi Switch Usui in Sket Dance. Hidenori Tabata in Daily Lives of High School Boys, Gundham Tanaka from the Danganronpa series, Ragna the Bloodedge from Blazblue, and Joseph Joestar from the 2012 JoJo’s Bizarre Adventure anime are some characters he voiced. Gintama cast member Sugita is 41 years old, was born on October 11, 1980, and is known to be single. 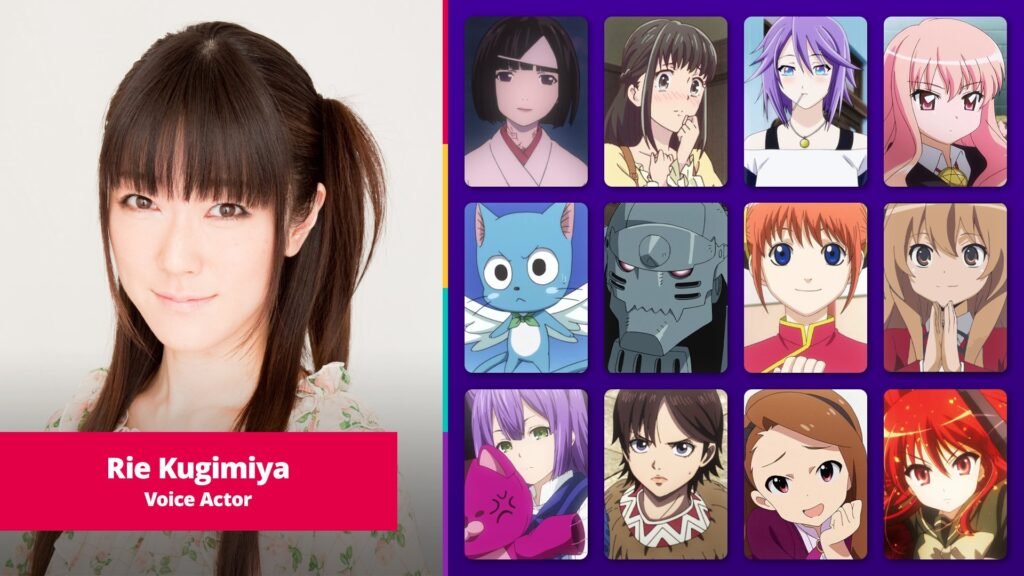 Kagura’s role in the Gintama series cannot be overlooked. Rie Kugimiya is a Japanese singer and voice actor who is most recognized for her anime roles as Alphonse Elric in Fullmetal Alchemist, Kiana in Honkai Impact 3rd, Kagura in Gin Tama, and Happy in Fairy Tail and Edens Zero: some of her fans have dubbed her the Queen of Tsundere because of her roles as Shana in Shakugan no Shana, and Louise in The Familiar of Zero. Nagi Sanzenin in Hayate the Combat Butler, Taiga Aisaka in Toradora, Aguri Madoka/Cure Ace in DokiDoki PreCure, and Aria Holmes Kanzaki in Aria the Scarlet Ammo are her other works.

She is presently represented with I’m Enterprise, a talent agency. Gintama cast member Kugimiya is 43 years old, was born on May 30, 1979, and is single. 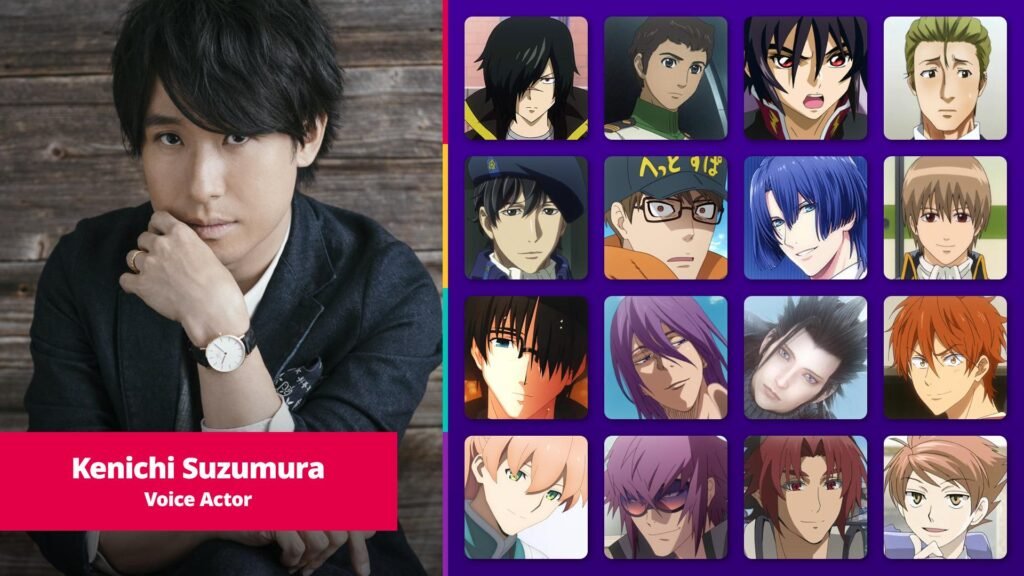 Kenichi Suzumura is a Japanese voice actor, narrator, and singer who formed and represents INTENTION, a voice acting business, in March 2012 and has portrayed Morley in Macross 7, Hikaru Hitachiin in Ouran High School Host Club, and Masato Hijirikawa in Uta no Prince-Sama. Even more, Kyoichi Kanzaki in BOYS BE, Rakushun in The Twelve Kingdoms, Shiki Tohno in Tsukihime, Tsubaki Asahina in Brothers Conflict, and Atsushi Murasakibara in Kuroko’s Basketball are some of his other characters.

Gintama cast member Suzumura is 47 years old, was born on September 12, 1974, and has been married to Maaya Sakamoto since 2011. 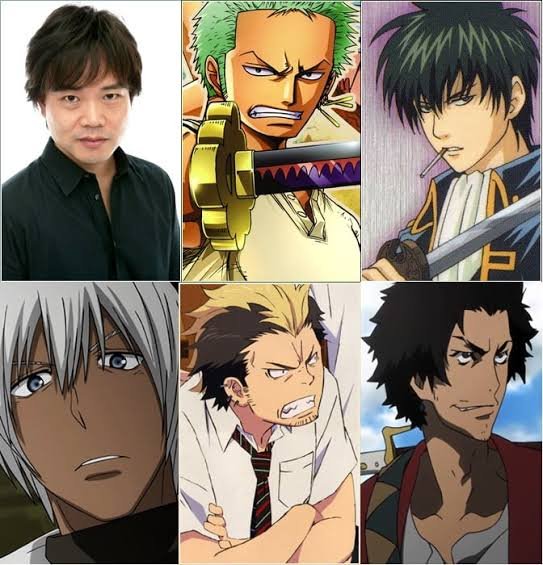 Kazuya Nakai is a Japanese voice actor and narrator from Kobe who is connected to Aoni Production, and his most well-known character is Roronoa Zoro from One Piece. Toshiro Hijikata from Gintama, Date Masamune from Sengoku Basara, Xiahou Dun and Dian Wei from the Dynasty Warriors and Warriors Orochi series, Shinjiro Aragaki from the Persona series, Mugen from Samurai Champloo, Mondo Owada from the Danganronpa series, Ultraman Max in Ultraman Max, and Jin Sakai from the video game Ghost of Tsushima are his most known voice characters.

For his parts in One Piece and Gin Tama, he received the Best Supporting Actor award at the 5th Seiyu Awards in 2011, showing that he is a successful voice actor. Gintama cast member Nakai is 54 years old, was born on November 25, 1967, and is single. Katsura might be the most liked character from this anime series. Akira Ishida is a Japanese voice actor and actor who was named the most popular voice actor in the Animage Anime Grand Prix in 2004 for his portrayals of Saki Abdusha in You’re Under Arrest, and Makoto Kurumizawa in BOYS BE. He won the Best Supporting Character award at the 1st Seiyu Awards in 2007, and he is most known for his performances as Gin Tama’s Katsura. Gintama cast member Ishida is 54 years old and single. Daisuke Sakaguchi is a Japanese voice actor who works for Aoni Production and is best known for his roles in Mobile Suit Victory Gundam as Üso Ewin, Gintama as Shinpachi Shimura, and Clannad as Youhei Sunohara. He was a member of the voice acting group E.M.U together with Hikaru Midorikawa, Hideo Ishikawa, and Nobutoshi Hayashi. Gintama cast member Sakaguchi is 48 years old and single.