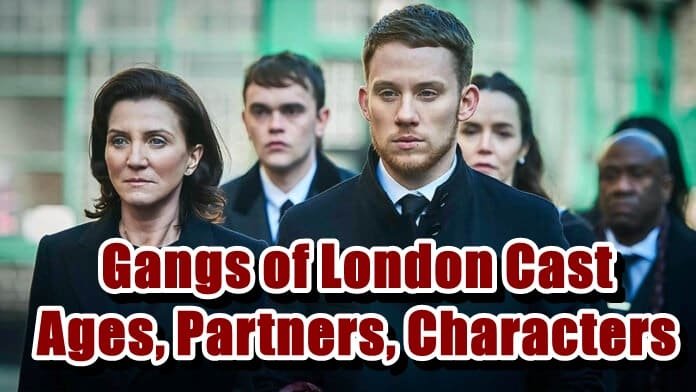 What got our attention was the fact that there is no word on the possible reappearance of Joe Cole’s character Sean Wallace, but other Gangs of London cast stars will return, such as Game of Thrones’ Michelle Fairley, Brian Vernel, and Pippa Bennett-Warner. Expect to see some fresh faces along with the old ones in the Gangs of London cast for Season 2 because we are anticipating Waleed Zuaiter from Baghdad Central and French artist Jasmine Armando to make an appearance in the show.

In the Gangs of London cast, there are many actors that are worth mentioning, so we thought it would be a good idea to take a look at their characters, ages, and partners to learn more about them. 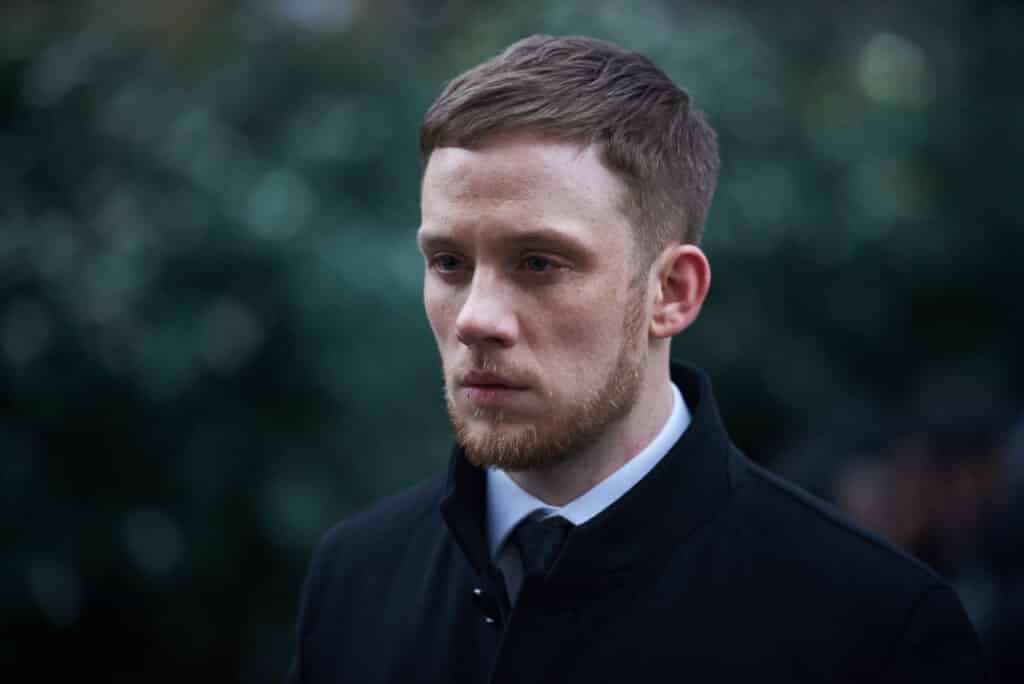 Joe Cole will portray the character Sean in the Gangs of London cast who takes over the Wallace family as a result of Finn’s death and is enraged with vengeance. We will watch Sean being on a mission to find out who killed him and he seems like he does not care about what happens to whomever while searching.

Joe Cole has played John Shelby in Peaky Blinders and took part in Green Room which was an amazing movie we recommend to watch. You might also remember him from A Prayer Before Dawn where he played a boxer imprisoned in Thailand. Cole is currently 33 years old and was born on November 28, 1988. Cole is currently not married and we do not know if he is dating anybody or not. 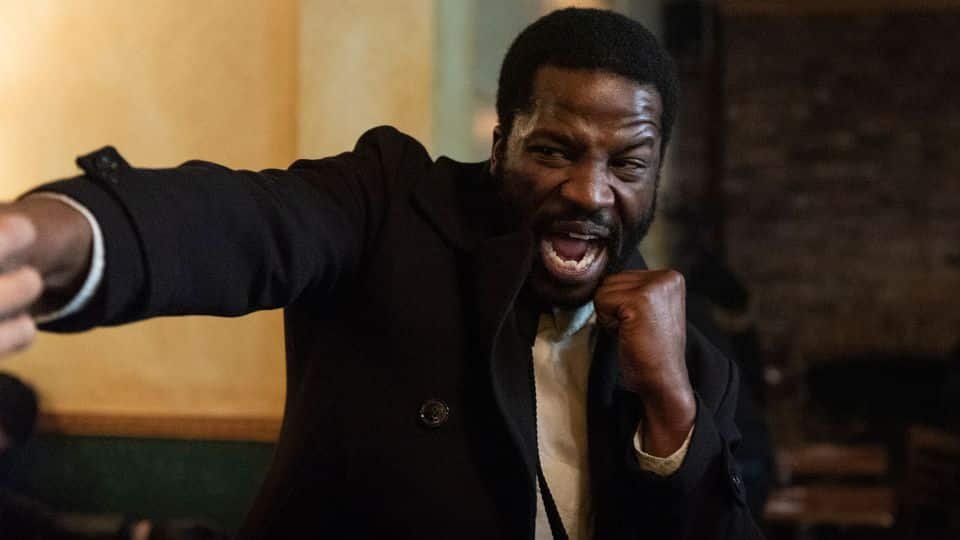 According to the Wallaces, Sope Dirisu’s character Elliot is a grunt who assists in the search for Finn’s missing driver but we later find out that he is an undercover officer working to bring down the Wallaces.

Sope Dirisu is most known for his role as Fred in Humans, and he also appeared in the Black Mirror episode Nosedive. He is currently 31 years old and was born on January 9, 1991. Gangs of London cast member Dirisu does not have a girlfriend right now. 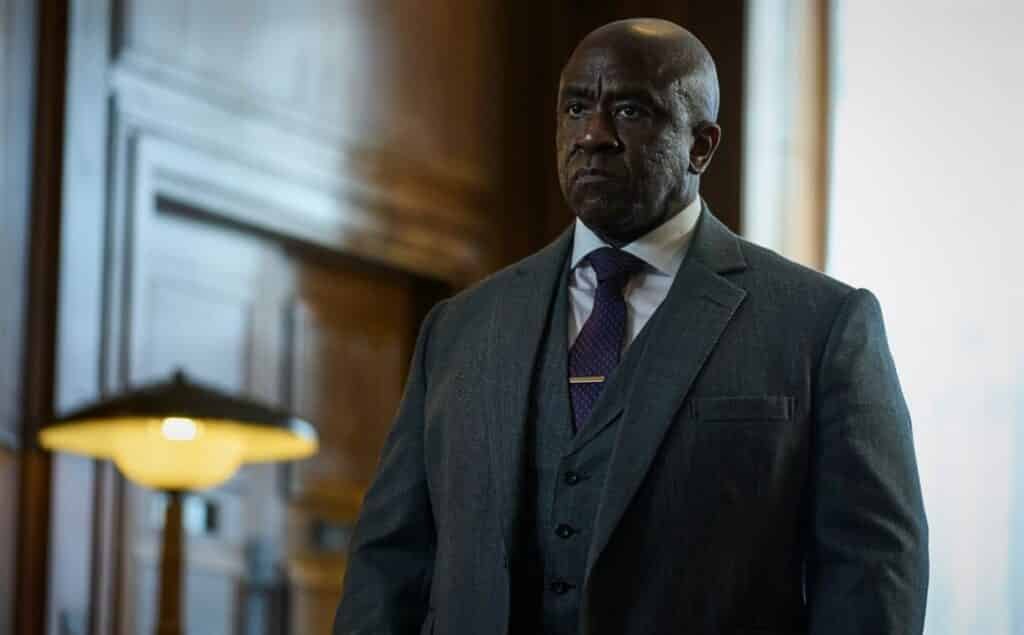 Lucian Msamati portrays the character Ed in the Gangs of London cast. He and Finn have been friends since they were children, and he was Finn’s right hand but their relationship deteriorated as the narrative developed through the show.

Msamati played the pirate Salladhor Saan in Game of Thrones, George Chichester in Taboo, and appeared in Doctor Who. He is currently 46 years old being born on March 5, 1976. From all we know, Lucian Msamati is not in a relationship. 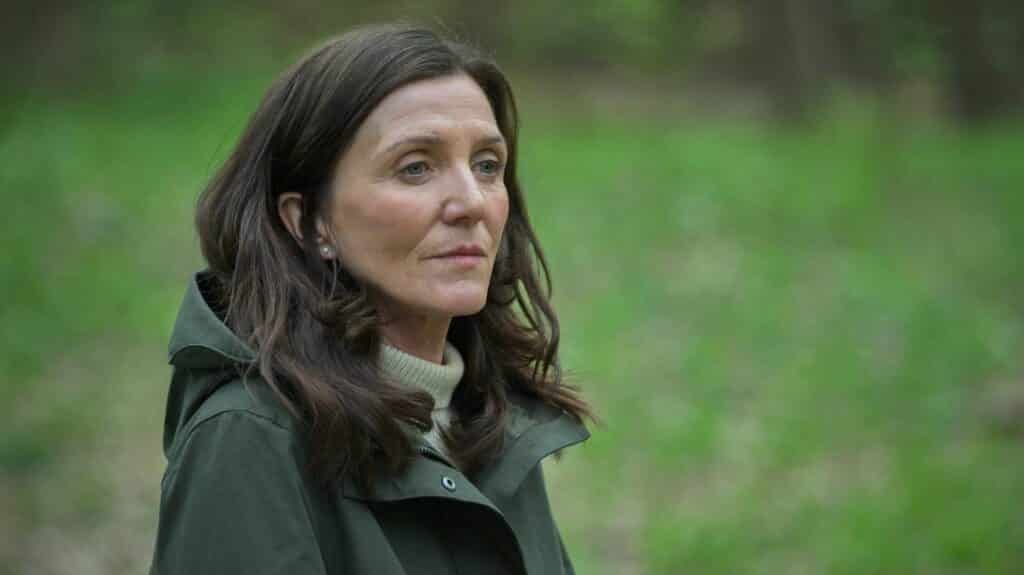 Michelle Fairley portrays Marian in the Gangs of London cast and she is Finn’s wife. We watch her as she is attempting to keep the family together but things change when she embarks on a trip and learns the truths about Finn.

Fairley is most recognized for her role in Game of Thrones as Catelyn Stark, and she also appeared in Suits and 24: Live Another Day. Fairley is currently 58 years old and was born on July 11, 1963. In 2015, she made the decision to separate from her boyfriend of 7 years and we did not hear anything about her date life ever after. Brian Vernel portrays Billy Wallace as the youngest son and a struggling heroin user. Vernel portrayed Odda in The Last Kingdom, and he also took part in Doctor Who and Star Wars. He is 31 years old and he is not dating anyone. 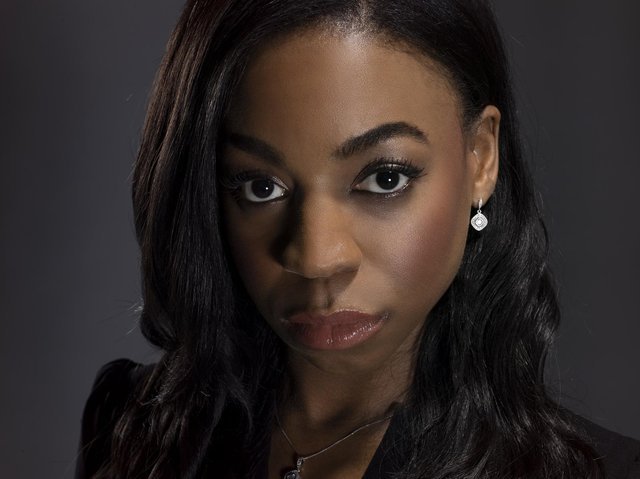 Pippa Bennett-Warner portrays Shannon who is Alex’s sister, and Danny’s mother. She is definitely stronger than she appears: we realize it when Shannon and Elliot begin a relationship, and their safety becomes endangered.

Bennett-Warner co-starred with Essiedu in National Theatre Live: King Lear and she played Harriet Lennox in Harlots. She is currently 33 years old and was born on July 23, 1988. Warner is currently dating Jonathan Baileyview and they have a happy relationship. Ray Panthaki acts as Jevan who is a member of The Investors, and he passes instructions to the Danish Militia which contributed to Finn’s killing.

Panthaki had a part in Eastenders and he even dated Zoe Slater for a while. He has also portrayed DI Rav Sangha in Marcella and has appeared in 28 Days Later. He is currently 43 years old and was born on January 20, 1979. This Gangs of London cast member dated his co-star Brooks Kinsella who he started working with on East Enders.