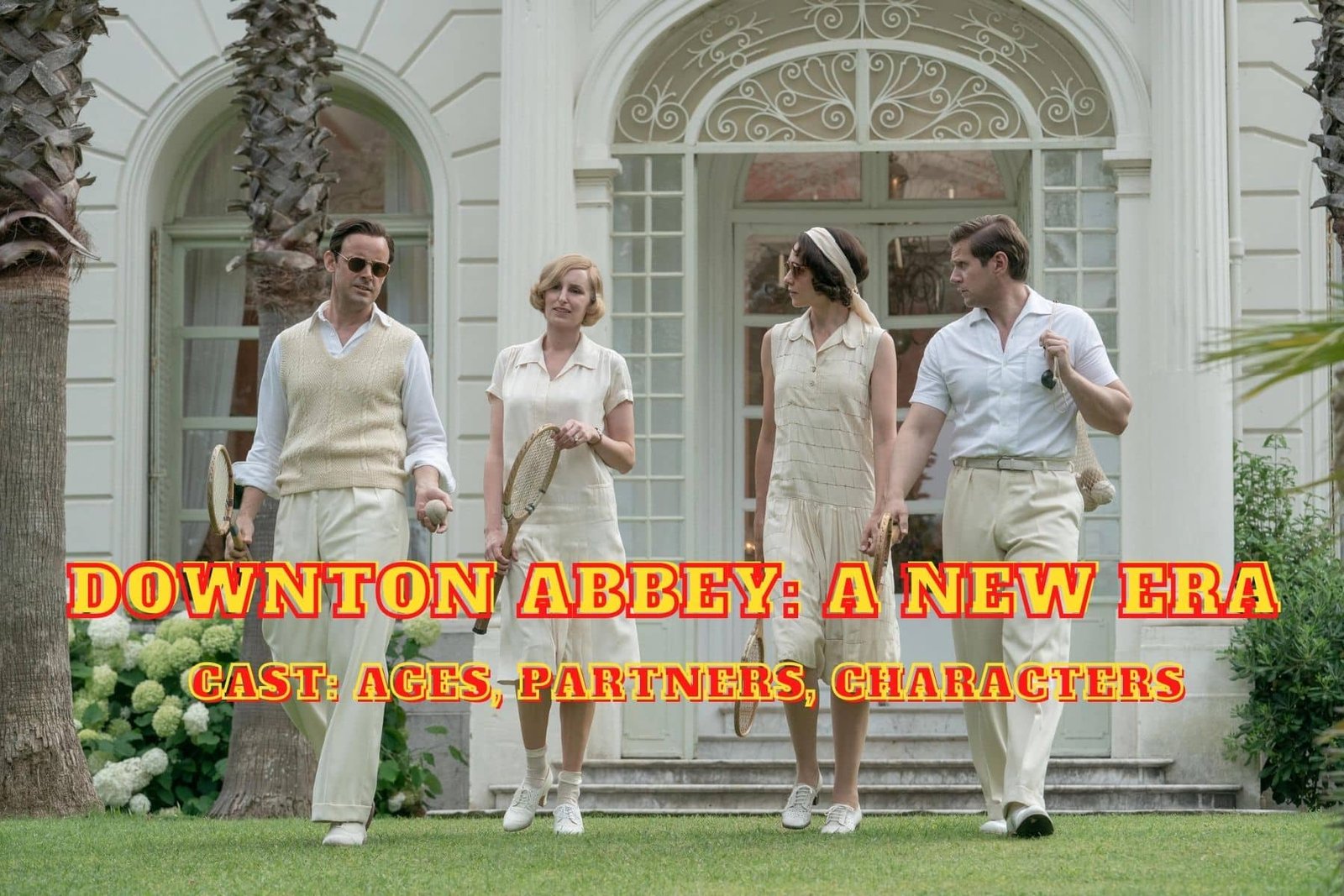 Downton Abbey A New Era, a sequel to the 2019 movie Downton Abbey, is mainly set in the French Riviera after Dowager Countess Violet (Maggie Smith) declares that she has inherited a villa there. It turns out the inheritance is from Marquis de Montmiral, with whom Lady Violet spent a week there 60 years earlier, well before any of them was married. The family goes there for a visit and controversy sparks about Lady Violet’s past and Lord Robert Graham’s (Hugh Bonville) title.

Downton Abbey A New Era cast included not only the actors from the previous movie and the original series but also a few new faces. We are here with some information about the cast members together with their ages, characters in the movie, and real-life partners. 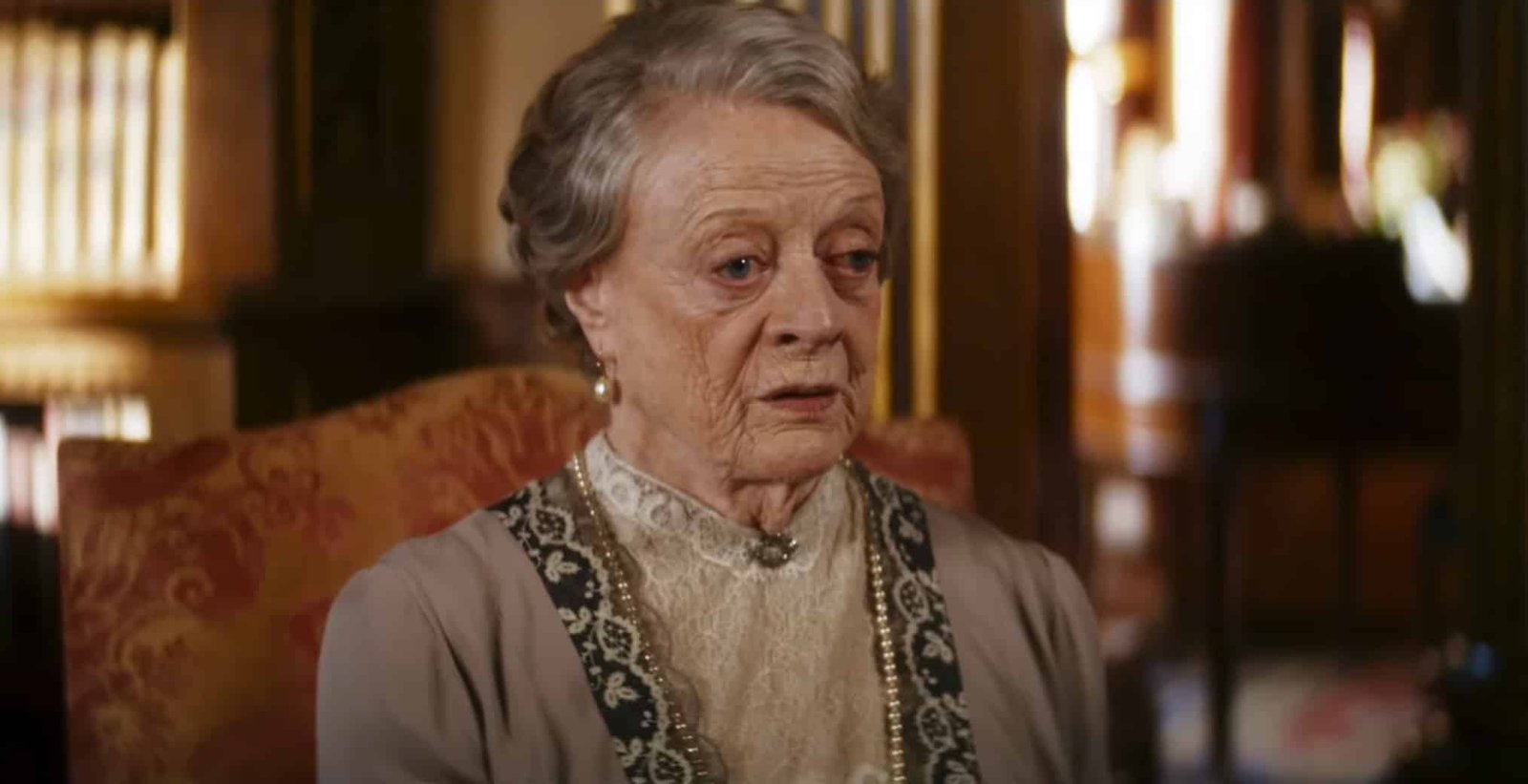 As we mentioned above, Maggie Smith plays Lady Violet in the movie. Smith (87) is a legendary actress whose abilities have been proven by her achievement of the “Triple Crown of Acting” as she received the highest awards there are for her roles in films, television series, and theatre. She has 2 Academy Awards, 4 Primetime Emmy Awards, and 1 Tony Award. Although she is praised for her roles in many critically acclaimed productions, she is internationally known for her role as Professor Minerva McGonagall in the Harry Potter film series.

Smith has been married twice, 1st to Robert Stephen from 1967 to 1975, and 2nd to Beverly Cross from 1975 to 1998. Her 1st marriage ended in divorce. Her 2nd, unfortunately, ended due to her husband’s death as a result of heart disease. She has 2 children from her marriage to Robert Stephen. 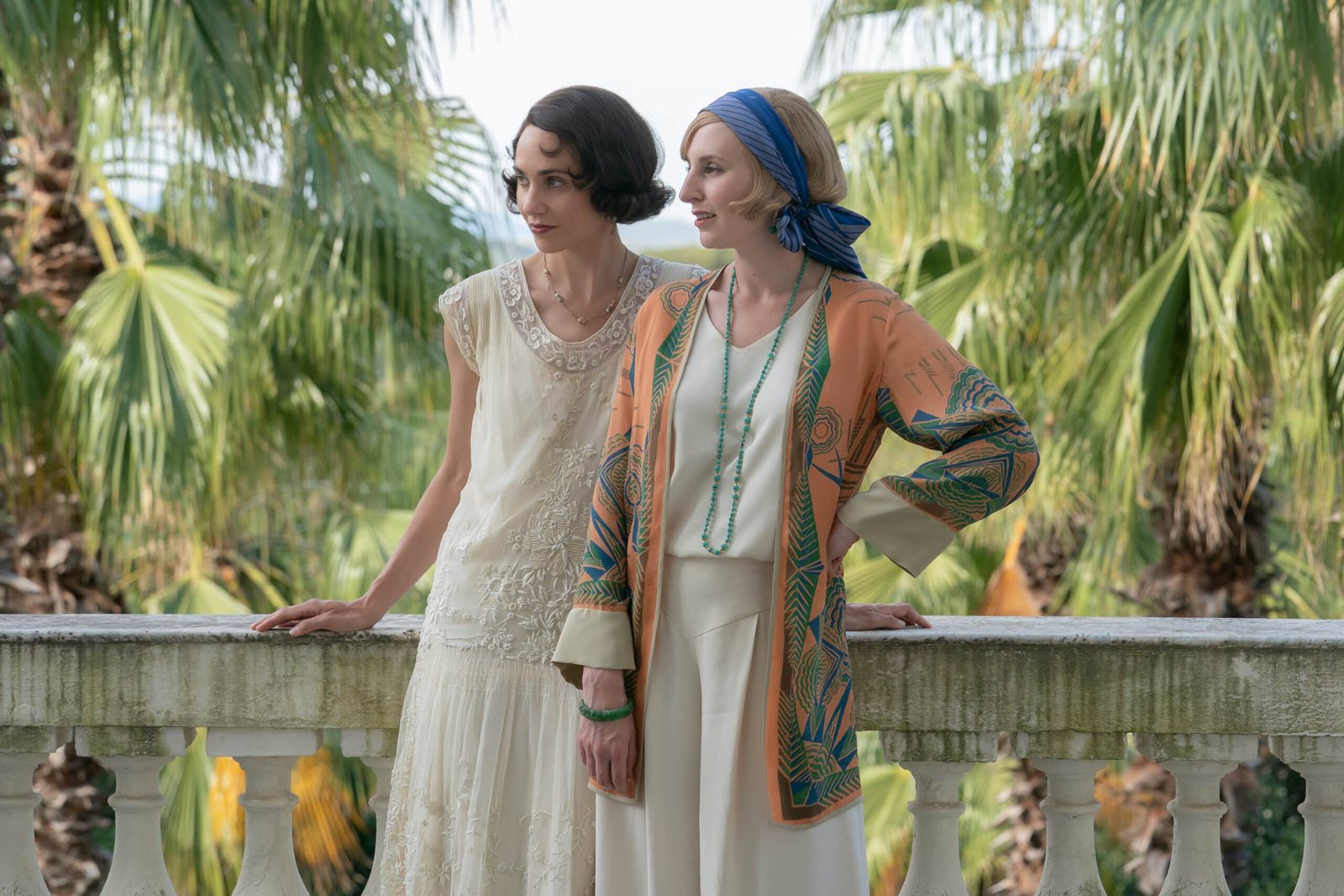 Tuppence Middleton plays Lucy Branson, Lady Maud Bagshaw’s secret illegitimate daughter, and Tom Branson’s new wife. You may remember Middleton from her role as Riley “Blue” in Netflix show Sense8. The 35-year-old actress attended the Downton Abbey A New Era premiere as pregnant. She was with a Swedish director Mans Marlind. No one was sure if the father of the baby was Marlind. With that being said, the duo is working on a movie together so their relationship could be entirely platonic. Middleton’s Instagram doesn’t reveal much either. We don’t currently know who her partner or the father of her child is. 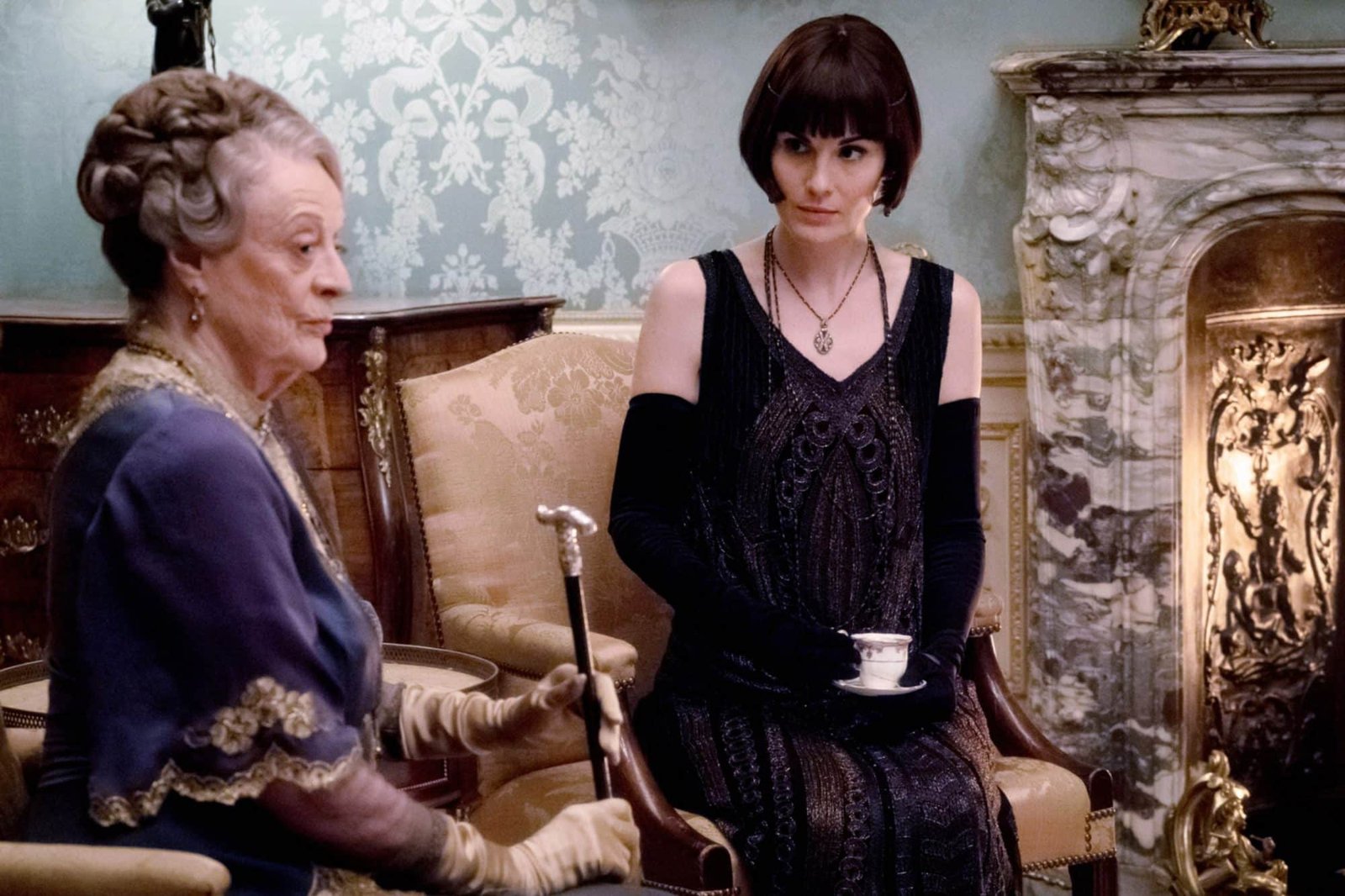 Michelle Dockery plays Lady Mary Talbot in the movie. She is the eldest daughter of Robert Crawley. Dockery played the lead character in the Netflix series Godless. She is 40 years old and is currently engaged to Jasper Waller-Bridge. Yes, you guessed it. He is related to Phoebe Waller-Bridge. Jasper is the brother of Fleabag’s creator. 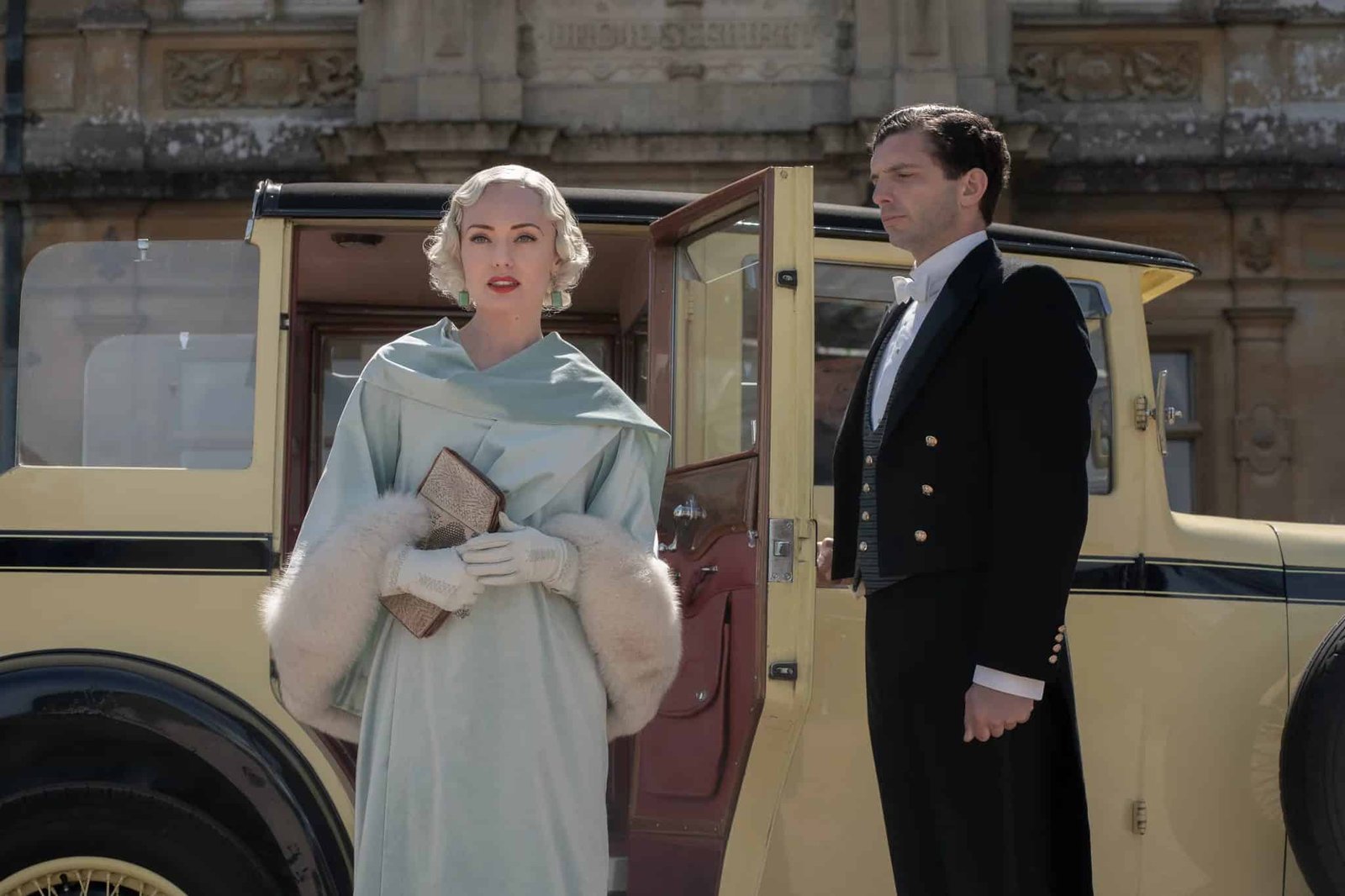 In the movie, the house of the Crawley family is being used for a modern movie in which an actress named Myrna Dalgleish (played by Laura Haddock) stars as the lead. Haddock (36) played Meredith Quill in the Guardians of the Galaxy movies and Lucrezia in Da Vinci’s Demons. The actress was in a 6-year-long marriage with Sam Claflin, Mycroft Holmes of Millie Bobby Brown movie Enola Holmes. The couple separated in 2019 but continue to raise their 2 children together. Haddock was seen dating Tom Rhys Harries, her on-screen brother on the show White Lines, in 2020 and although there is no news of a breakup, it’s not clear whether they are still together or not. 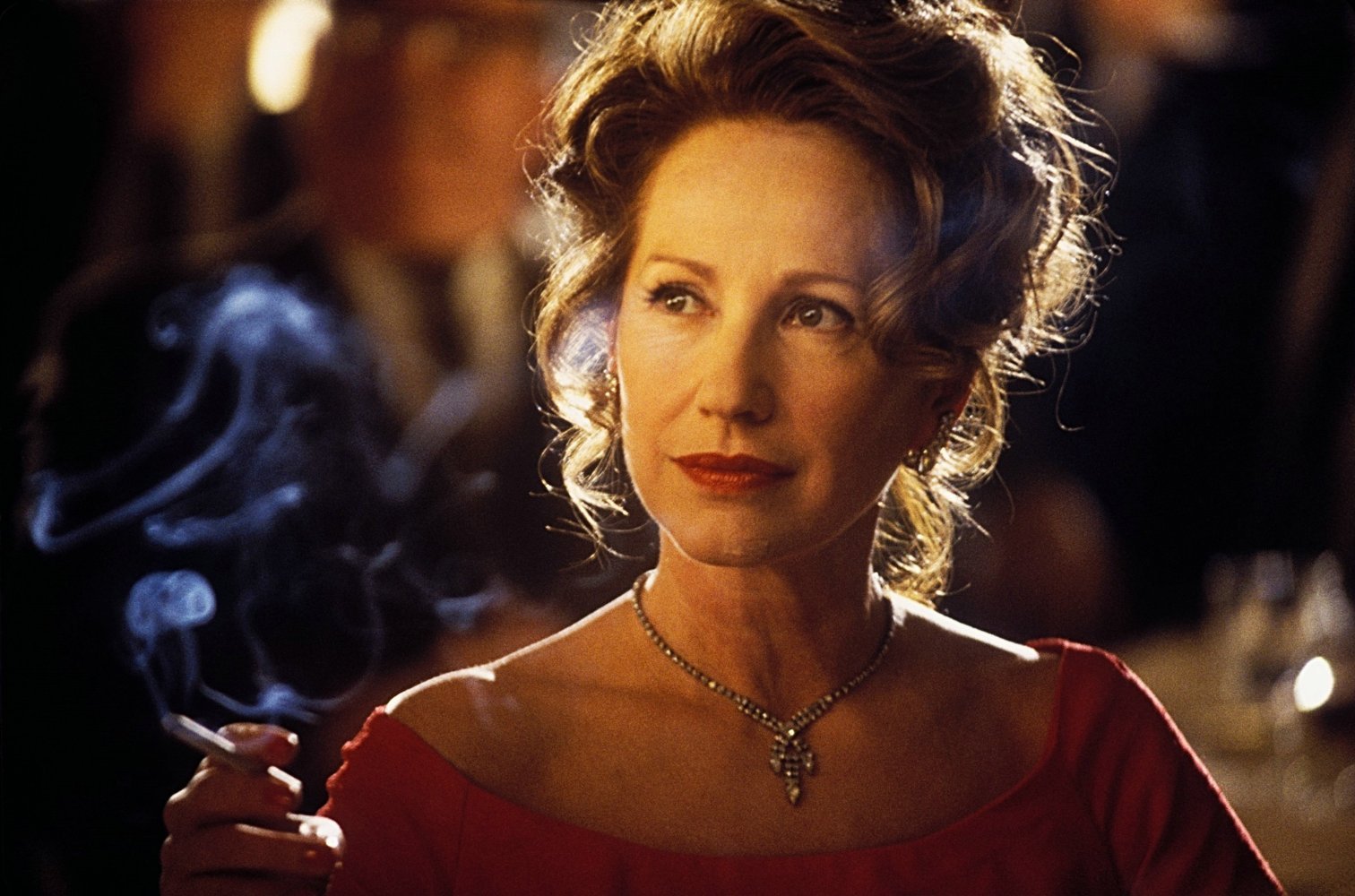 Nathalie Baye plays Madame Montmirail, the widow of the deceased Marquis de Montmirail. She is known for playing in movies like Catch Me If You Can, Laurence Anyways, and Venus Beauty Institute. Baye (73) has 2 past marriages, one with Phillipe Leotard (1972-82) and the other with Johhny Hallyday (1982-86). Baye seems to be single. 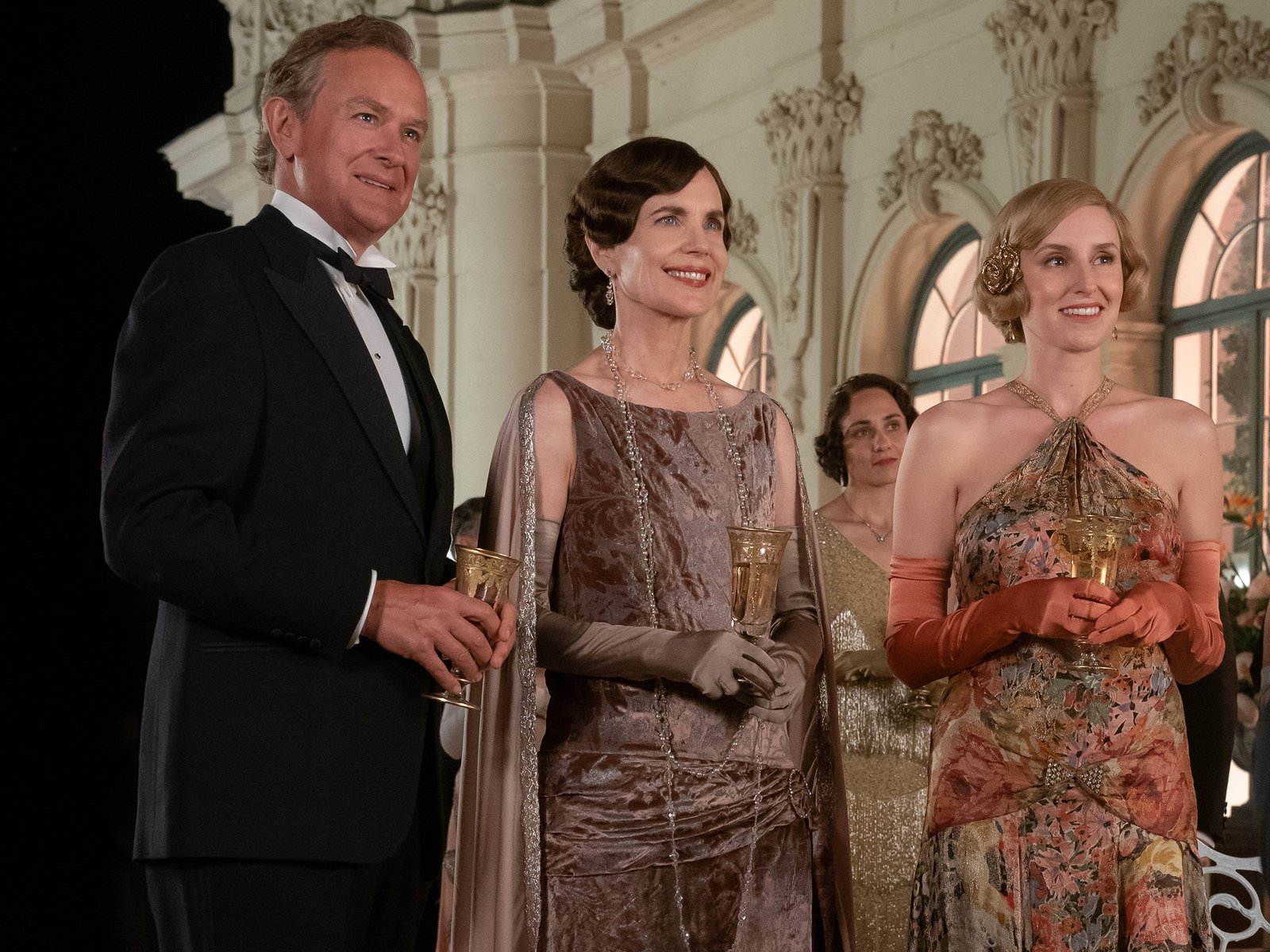 Elizabeth McGovern plays Cora Crawley, Countess of Grantham. Known for movies like Ordinary People, Ragtime, and The Handmaid’s Tale (1990), the 60-year-old actress is married to Simon Curtis since 1992. Curtis is the director of A New Era. The last member of our list of Downton Abbey A New Era cast Hugh Bonville (58) plays Robert Crawley (Lord Robert Grantham). He appeared in the movies Notting Hill and Paddington. He has been married to Lucinde Evans since 1998. 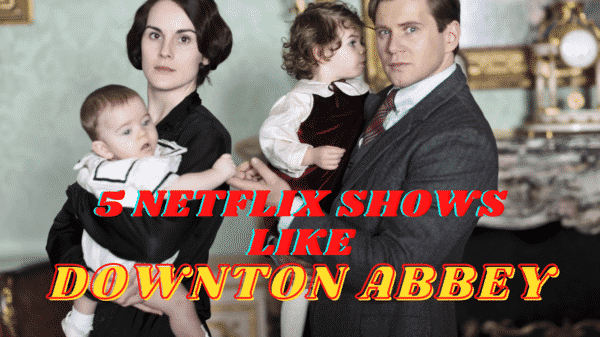 If you’re a latecomer to the Downton Abbey world, just binge-watched the entire series, and are feeling lost, we have an amazing list for... 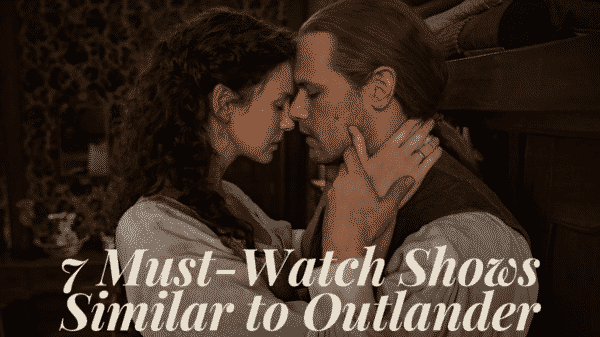