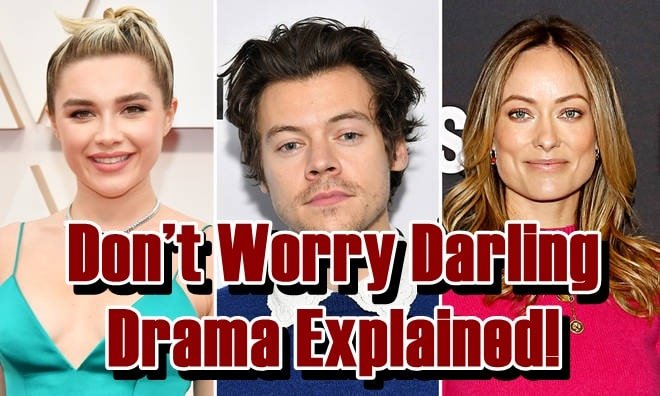 Don’t Worry Darling has a Harry Styles love triangle, a potential rivalry, and perhaps some spit, but what is up with the Don’t Worry Darling drama? And that’s just what goes on behind the scenes, but we have many things to talk about the stuff that happens in the movie, too.

During production, Wilde divorced her longtime husband Jason Sudeikis and began dating the film’s protagonist, pop singer Harry Styles, so it’s possible that Wilde and Styles had an affair on site and that explains why Sudeikis served Wilde with custody papers at a major promotional tour for the film, adding more to the Don’t Worry Darling drama.

Meanwhile, Pugh, the star of Don’t Worry Darling hasn’t always agreed with her director: while Wilde has been gushing over Pugh, she has not been marketing the film or reciprocating Wilde’s affection: in one of the few times she has commented about the film, Pugh expressed displeasure with the idea of her performance being restricted to sex scenes.

Even more, there were also accusations that Pugh disliked Wilde and Styles’ connection, so tensions between Pugh and Wilde overshadowed the film, adding more to the Don’t Worry Darling drama.

The movie also has a love triangle involving Styles, Wilde, and Sudeikis, and you should add in the prospect of Styles spitting on co-star Chris Pine during the film’s Venice Film Festival debut. It’s evident that Don’t Worry has become one of those films where the actual drama takes place behind the scenes.

All that intrigue and rumor might be entertaining in their own right, but when it comes to this film, we do not have much to say. Let’s explore the Don’t Worry Darling drama down below in detail.

What is Don’t Worry Darling about? 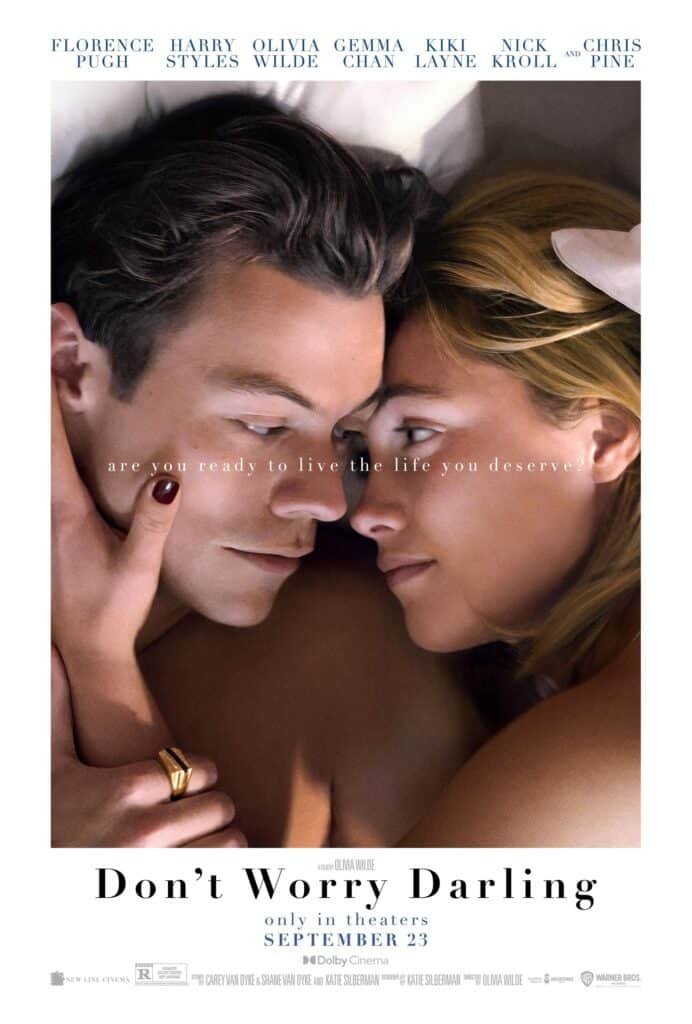 The psychological thriller Don’t Worry Darling, which opens in theaters this month, is about a 1950s housewife who realizes her beautiful existence in a manufactured business town is far from perfect, and the combined star power of Styles and the film’s protagonist, Florence Pugh, would have gotten some butts in seats anyway.

The morbid curiosity sparked by a train crash publicity tour might help Warner Bros, the distributor, boost ticket sales, so the losers appear to be the celebs who have become entangled in the shambles. Without further ado, let’s explore more Don’t Worry Darling drama.

Is Olivia Wilde a Liar? 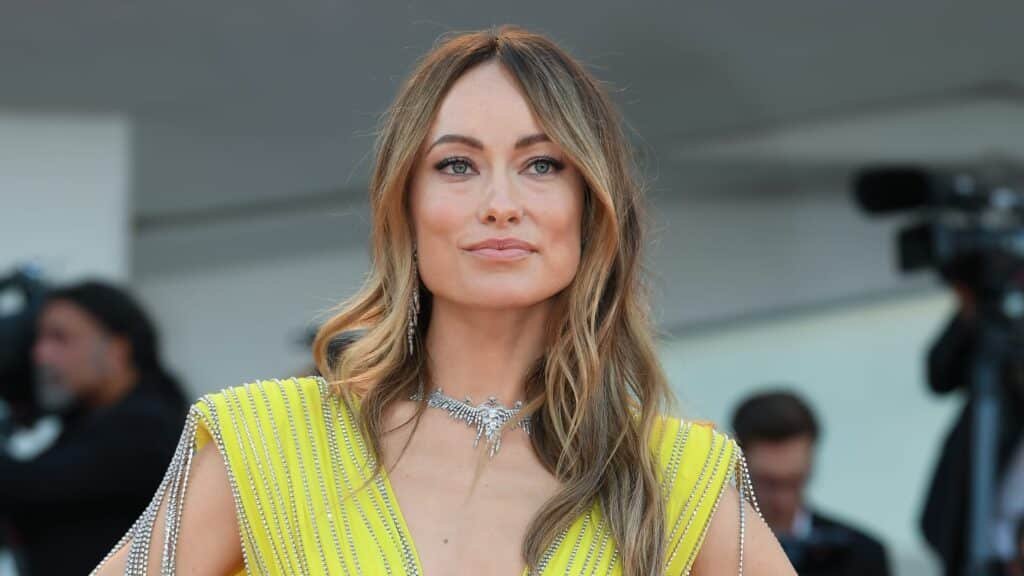 So, Olivia Wilde’s video is the first one that started the Don’t Worry Darling drama. In a video supplied to Variety magazine, Shia LaBeouf made good on his claims of receipts against the actress turned director, as a 2020 video of Olivia Wilde requesting Shia LaBeouf to return to the film has surfaced. This absolutely reveals the actress-turned-filmmaker, because she stated that she dismissed LaBeouf to protect her crew.

However, this newly discovered video demonstrates that the statement is false as Shia LaBeouf appears to have given a lot of stuff, including this video message from Wilde. You can find the video right below.

SOMEONE HOLD ME BACK

(the video olivia sent shia where she basically begged him to stay on the movie after ADMITTING that she knows shia makes florence uncomfortable) pic.twitter.com/ihlHOQlF6B

Another aspect of the Don’t Worry Darling drama is Wilde and Styles’ relationship. To completely comprehend this entire scenario, it’s crucial to remember that Wilde and Sudeikis were a popular celebrity couple in 2020, the Wilde-Sudeikis were seen to be cool, but it requires both celebrities to be separately successful.

Because of the success of Booksmart and Wilde’s burgeoning name as a filmmaker, a bidding war for Don’t Worry Darling began that summer, and meanwhile, Sudeikis’ Ted Lasso was going to be released in August 2020. That program was an instant success, and Sudeikis and his namesake character have become cultural shorthand for sincerity.

Wilde and Sudeikis confirmed their breakup in November 2020, after having stopped seeing each other earlier in the year, and the couple issued a statement saying their divorce was amicable and they basically fell out of love in a romantic way, but still have affection. 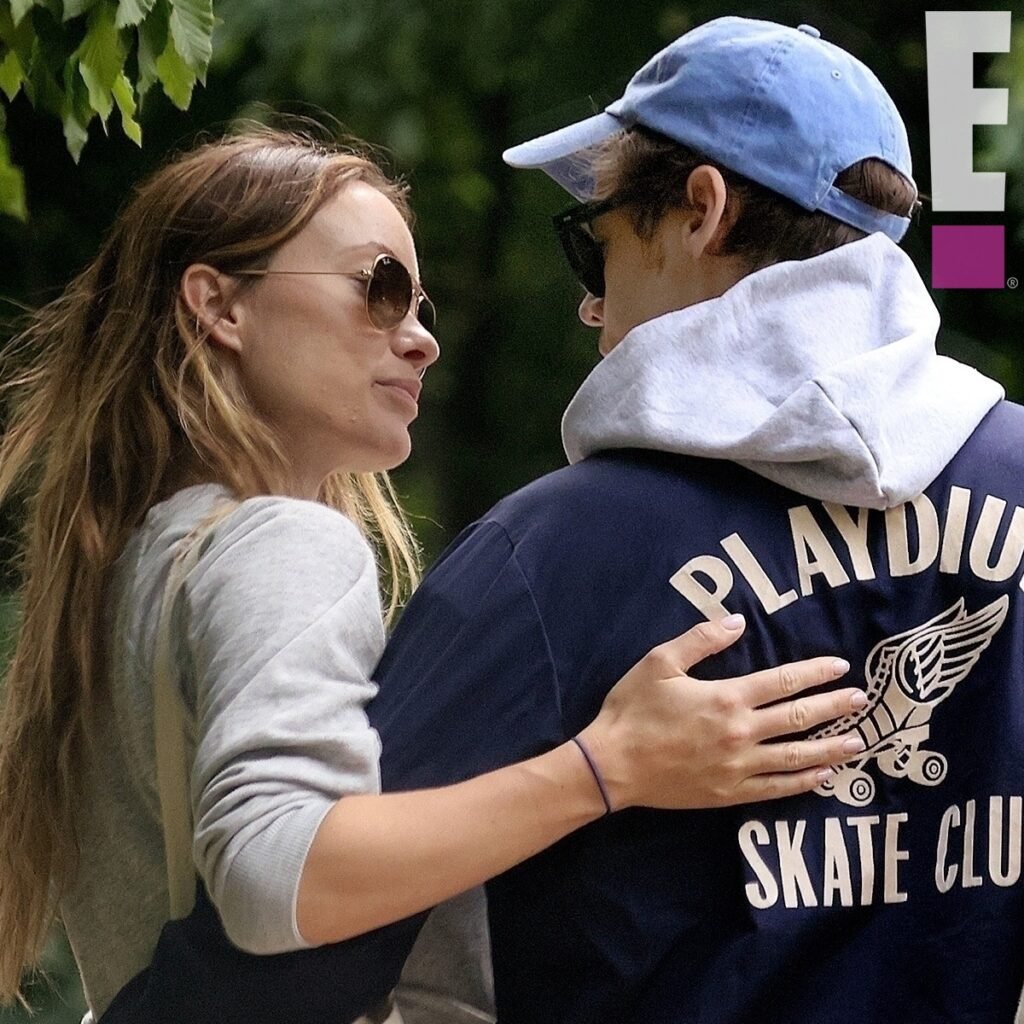 Wilde and Styles were pictured “holding hands at a friend’s wedding” a few weeks later, and the two started dating on set, but it’s unclear when, but it was enough to create some Don’t Worry Darling drama. They are coworkers and so much more as Olivia Wilde and Harry Styles surprised viewers with their fast affair, which began on the set of Don’t Worry Darling, and the couple made news in January 2021.

When the twosome started working together, they struck up a relationship, according to a source, and Wilde’s relationship with the British singer began two months after she divorced fiancé Jason Sudeikis and three months after the young singer joined her project. Despite the fact that Styles did not come between Wilde and Sudeikis, the new pair sought to keep their relationship secret.

We guess this is all you need to know about the Don’t Worry Darling drama.