Are you ready to meet the Cobra Kai Season 5 cast, who can make martial arts lovers laugh and sad at the same time? We are ready!

Cobra Kai is a series that takes place exactly 34 years after the legendary movie The Karate Kid. This time the focus is Johnny Lawrence. Those who know will remember that at the end of the movie, Johnny was defeated by Daniel, and neither his family life nor his business life went well, as if this situation spread throughout his life.

While Johnny continues his pathetic life, one day he witnesses a boy named Miguel being beaten by bullies. He immediately takes action, saves the child. Miguel admires his moves and fighting tactics and asks Johnny to teach him a hundred times as well. Johnny finally accepts and they embark on an adventure that will change everyone’s lives.

Cobra Kai, which entered our lives in 2018, has a score of 8.5 on IMDb. You can watch all the episodes of the series, which manages to bind itself more and more each time with its 5 seasons of 10 episodes, on Netflix.

Without further ado, let’s meet the Cobra Kai Season 5 cast members and reveal the unknown about each of them!

Also Read: Best Cobra Kai Characters Ranked – Are You A Fan Of Robby Or Eli? 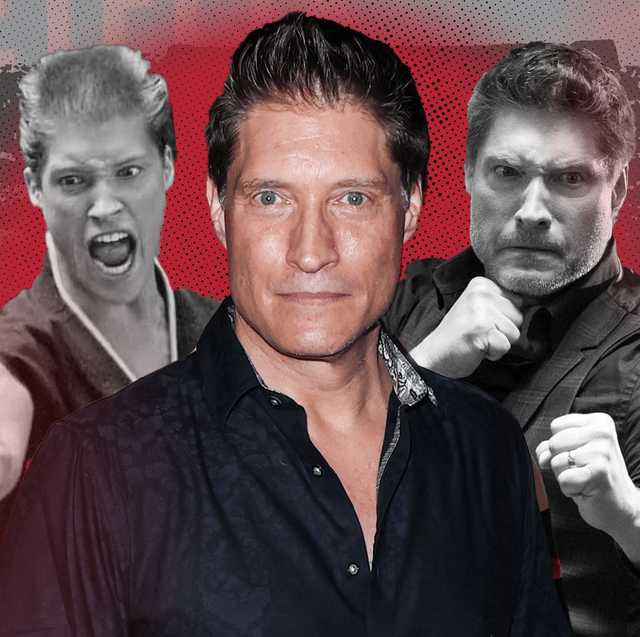 Sean Kanan plays the role of Mike Barnes in the Cobra Kai Season 5 cast. A ruthless fighter, Barnes was recruited to beat Daniel LaRusso at the All Valley Karate Tournament.

Talented in many fields, Sean Kanan is an actor, producer, writer and presenter. We thought his talent was blended with education, but he studied political science at Boston University and UCLA. The most famous productions of the actor, who has been on the screen since 1989, are The Karate Kid, Studio City, Colonials, Trail Blazers, Fortress, and Killer Ambition.

American actor Sean Kanan is 55 years old and has been married twice. He has a child from his second marriage. Alicia Hannah-Kim is seen as Kim Da-Eun in the Cobra Kai Season 5 cast. Kim Da-Eun, a South Korean, is an invincible fighter who has professionalized herself in Tang Soo Do.

Alicia Hannah-Kim is also a cast member of Cobra Kai Season 5, who is extremely talented. She herself is a model, actress, social media influencer, and advertising face. The actor, who received his education on theater, said hello to the screens in 2003 after taking part in theater plays for many years. Her most famous productions are Minx, Alone Together, Crash, Grey’s Anatomy, and Welcome to Forever.

Beautiful actress Alicia Hannah-Kim is 35 years old and is from Australia. She has been happily married to the French actor Sebastian Roché since 2014. The couple has no children. 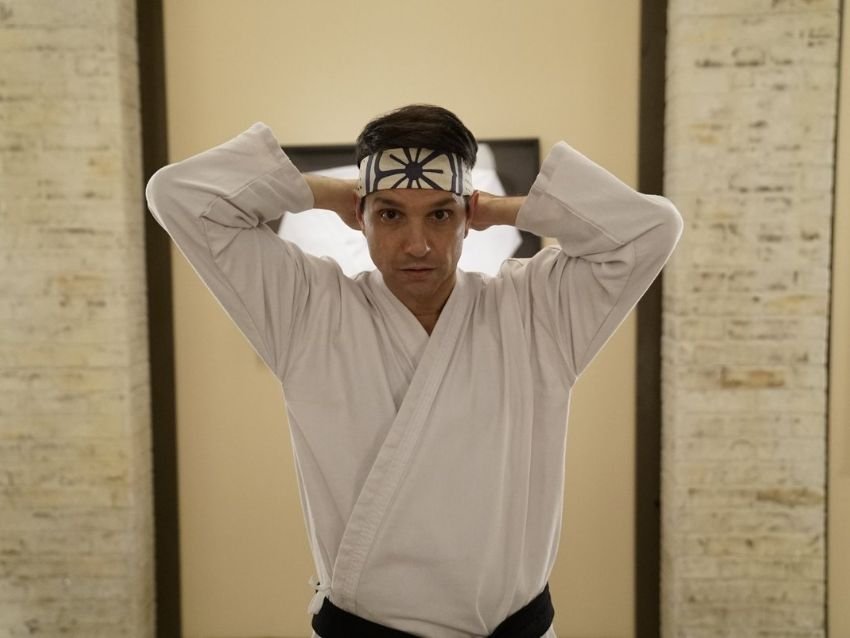 Ralph Macchio plays the role of Daniel LaRusso in the Cobra Kai Season 5 cast. He is the winner in the fight at the end of The Karate Kid and his life has been shaped accordingly. He is successful and has a beautiful family.

On the other hand, Ralph Macchio was born into a farming family. With the charm of his face and handsomeness, he first became the face of many commercials, then said hello to acting in 1980. Although he took part in many projects until the movie The Karate Kid, his biggest rise and recognition by the world was with this movie. Other famous productions he has appeared in include The Outsiders, The Pack Podcast, The Deuce, Kevin Can Wait, and A Little Game.

The cult actor is 60 years old and is American. He has been married to Phyliss Fierro, whom his grandmother introduced at the age of 15 since 1987, and the couple has two children. 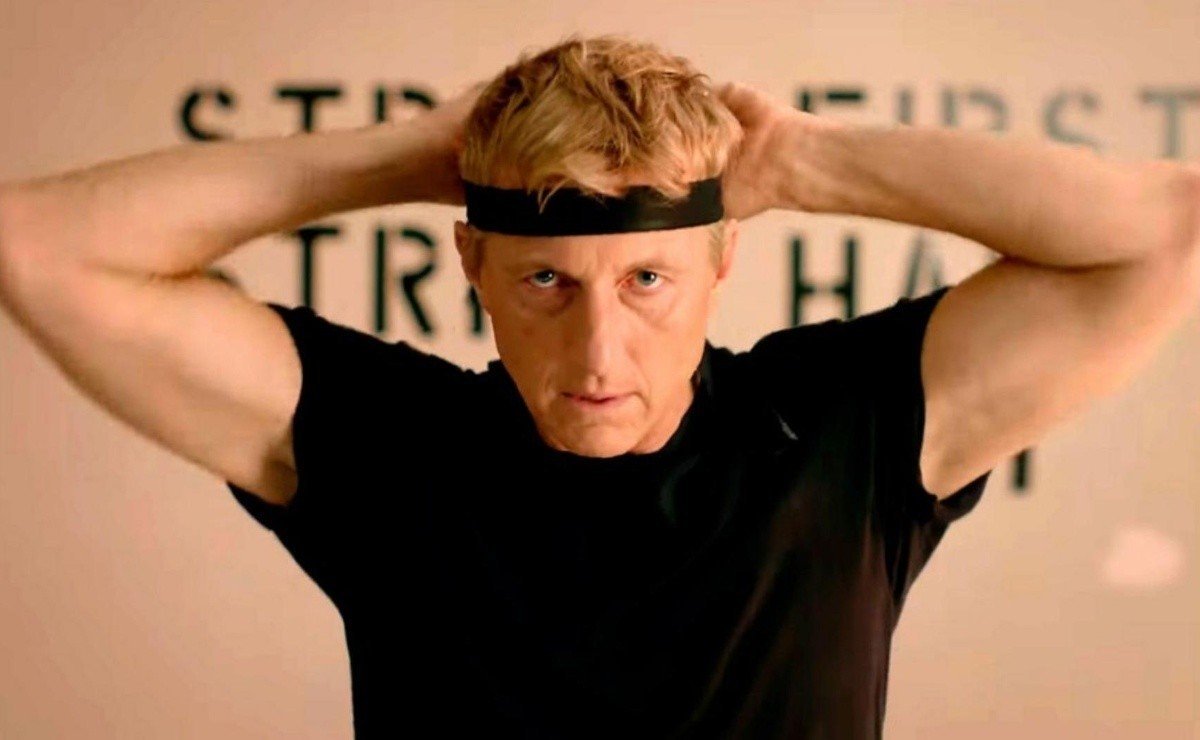 William Zabka is seen as Johnny Lawrence in the Cobra Kai Season 5 cast. Johnny, our main character, will gradually regain his lost role as a good fighter thanks to his new student and will put his life on the line.

William Zabka, who has not lost his handsomeness over the years, is both an actor, a screenwriter, a director and a producer. The actor, who has been on the screen since the 1980s, did not meet the set for the first time in these years. Zabka’s father worked on the set for years and is therefore familiar with the sets. He was nominated for an Oscar in 2003 for his screenplay for Most. His most famous productions are Hot Tub Time Machine, Back to School, How I Met Your Mother, and Pych.

Cult actor William Zabka is 56 years old and American. He has been married to Stacie Zabka since 2008, but the couple has no children. 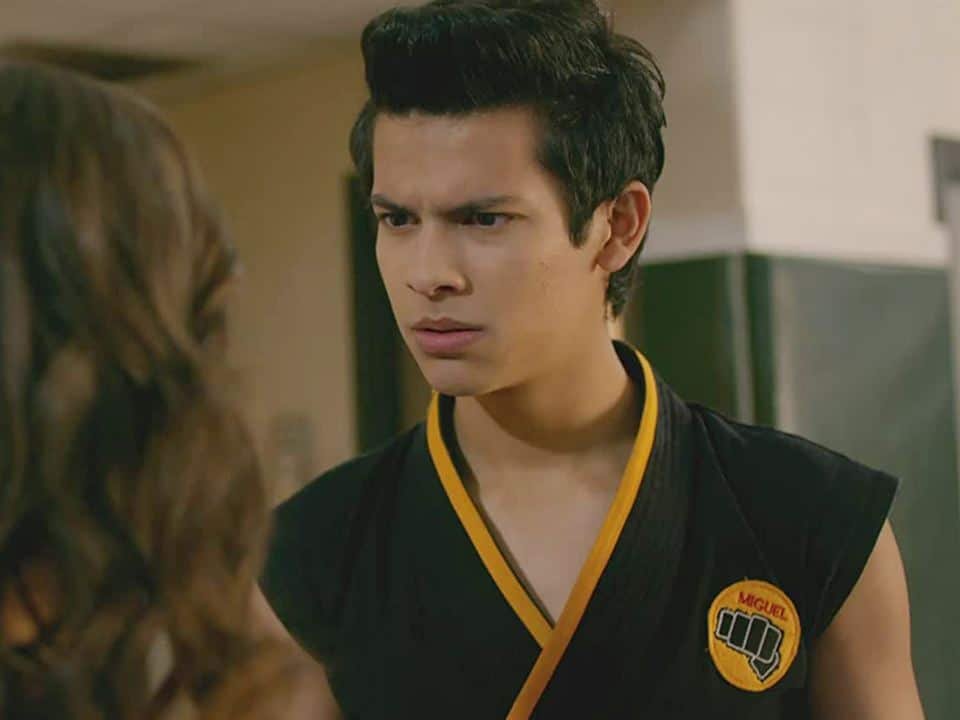 Miguel Diaz character is played by Xolo Maridueña in the Cobra Kai Season 5 cast. Unjustly beaten and beaten by bullies, Miguel is ready to learn martial arts from his master.

Young and handsome actor Xolo Maridueña was discovered at a very young age and started his career at the age of 9 by acting in commercials. His university education still continues. Despite his young age, he managed to make himself loved and took part in many productions. Other credits include Parenthood, Blue Beetle, Goodnight America, and Twin Peaks.

Xolo Maridueña is 21 years old and American. He’s been with actress Hannah Kepple for a long time, and they look great. 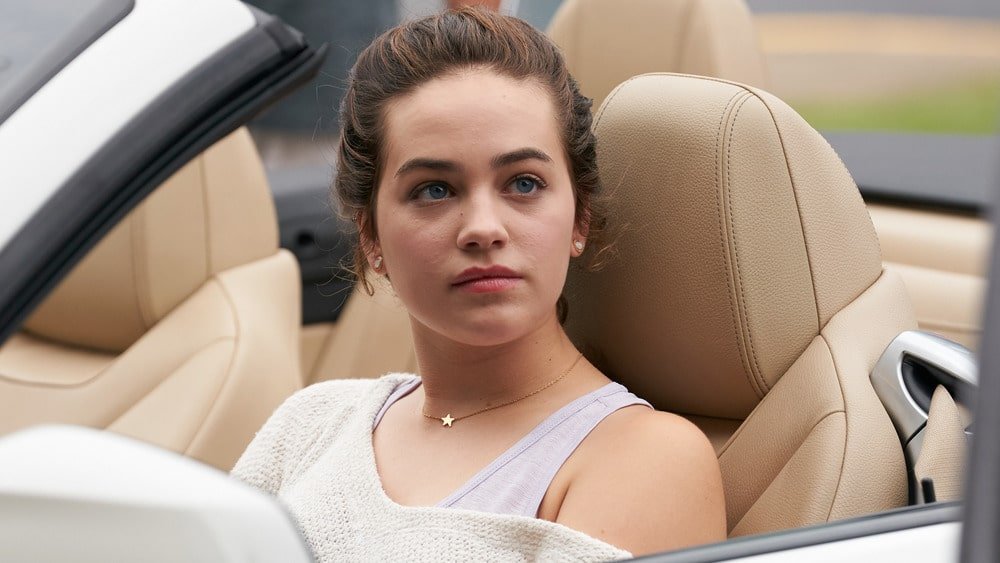 Mary Mouser plays the character of Samantha LaRusso in the Cobra Kai Season 5 cast. She is the daughter of Daniel LaRusso, got her fighting skills from her father and is improving day by day as she trains.

Acting since the age of 6, Mary Mouser officially took over this profession from the family because her two older siblings are also actors. In addition to acting, the actress, who also makes many voiceovers, has a great interest in music. She likes to sing and play the guitar. Although she has diabetes, she has managed to keep this disease under control and it does not affect her life. Her most famous productions are Room 104, Gates of Darkness, Happy Together, Scorpion, Code Black and Maron.

26-year-old young and successful actress Mary Mouser is American. Frankly, we are wondering if the actress, who does not talk much about her private life, has a relationship. 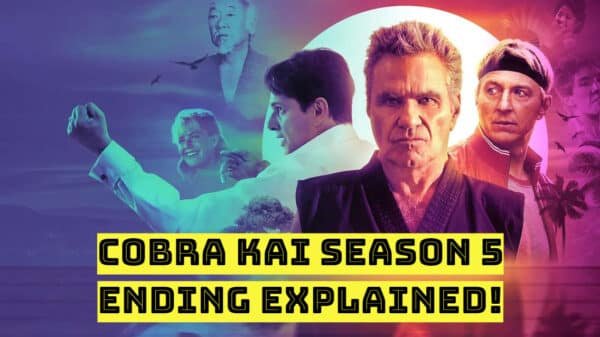 Robert Mark Kamen is the creator of Cobra Kai, an American comedy-drama online television series based on The Karate Kid movie franchise. It debuted... 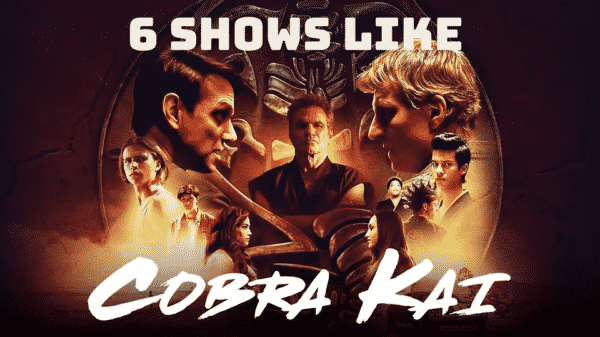 6 Shows Like Cobra Kai – What to Watch While Waiting for Season 5?

We’ve compiled 6 shows like Cobra Kai, the sequel to the all-time favorite The Karate Kid, in case you’re looking for something to watch... 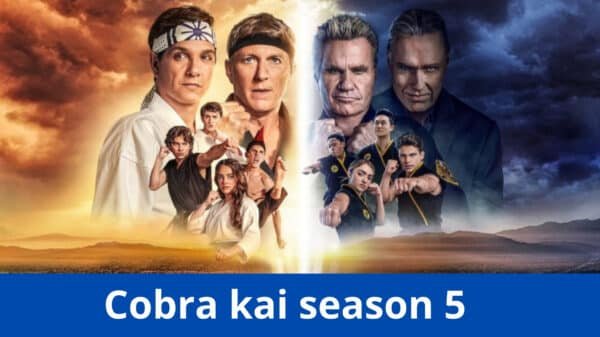 After watching the show’s Season 4, launched on Netflix on 31st of December, fans are already expecting Cobra Kai season 5. Here is everything...