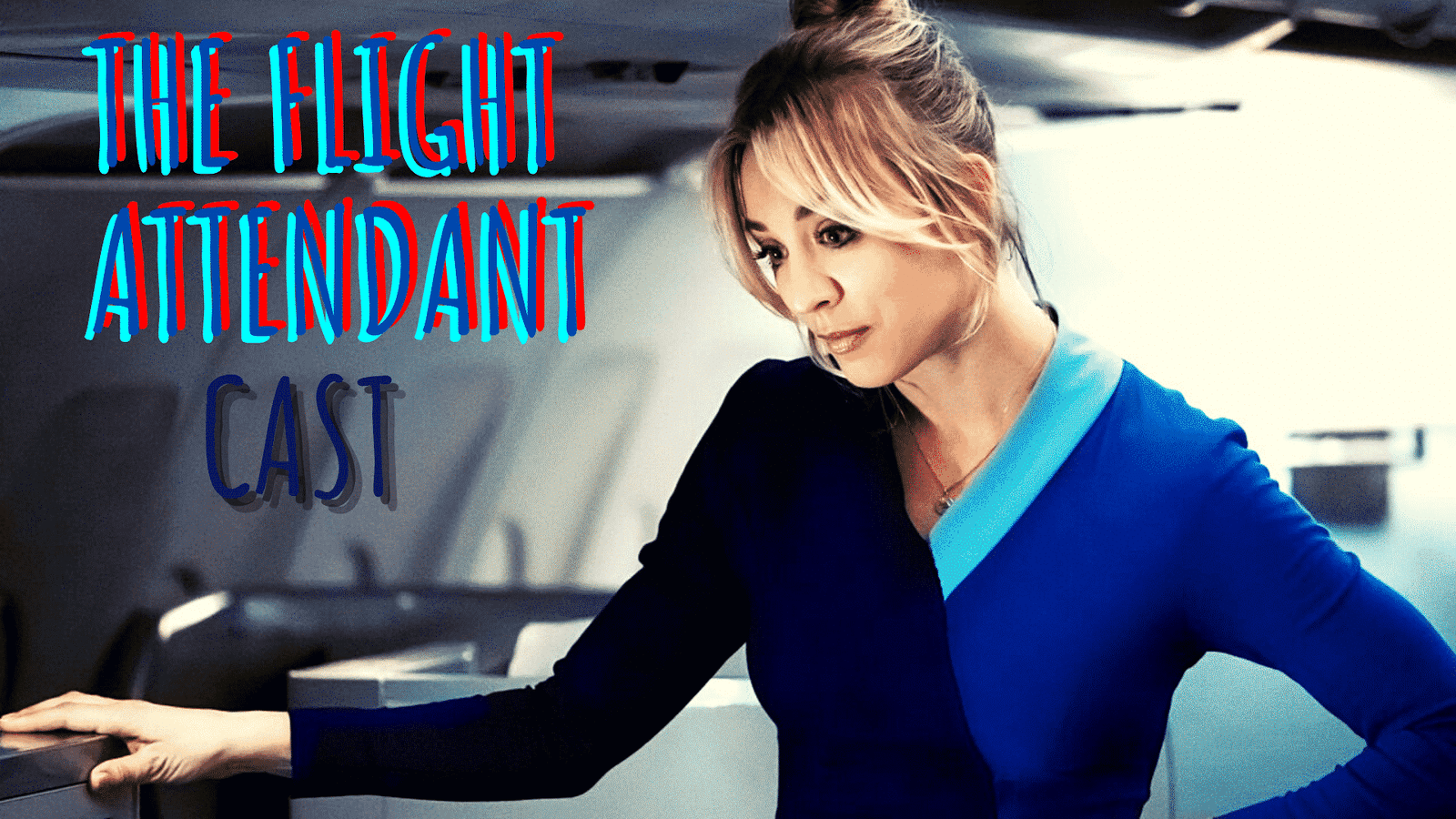 For many, being a flight attendant is the dream job as it enables you to travel the world while making decent money and wearing cute clothes. However, HBO’s Flight Attendant interrupts this dream and reveals some dark sides of the profession in a comedic, mysterious way. In just 8 episodes, the cast of The Flight Attendant manages to deliver a convincing plotline that is filled with unanswered questions.

Even though we don’t get to laugh out loud, we certainly get a smile on our face at each episode of the show, and the cast of the Flight Attendant is the one that should be praised for this. The crew’s chemistry can be felt through the TV screen and like the fans, we love to watch them struggling in the middle of a murder investigation.

In this article, we will get deep dive into the lives of Cast of The Flight Attendant. If you love dark comedic mysteries, this show is a must for you. 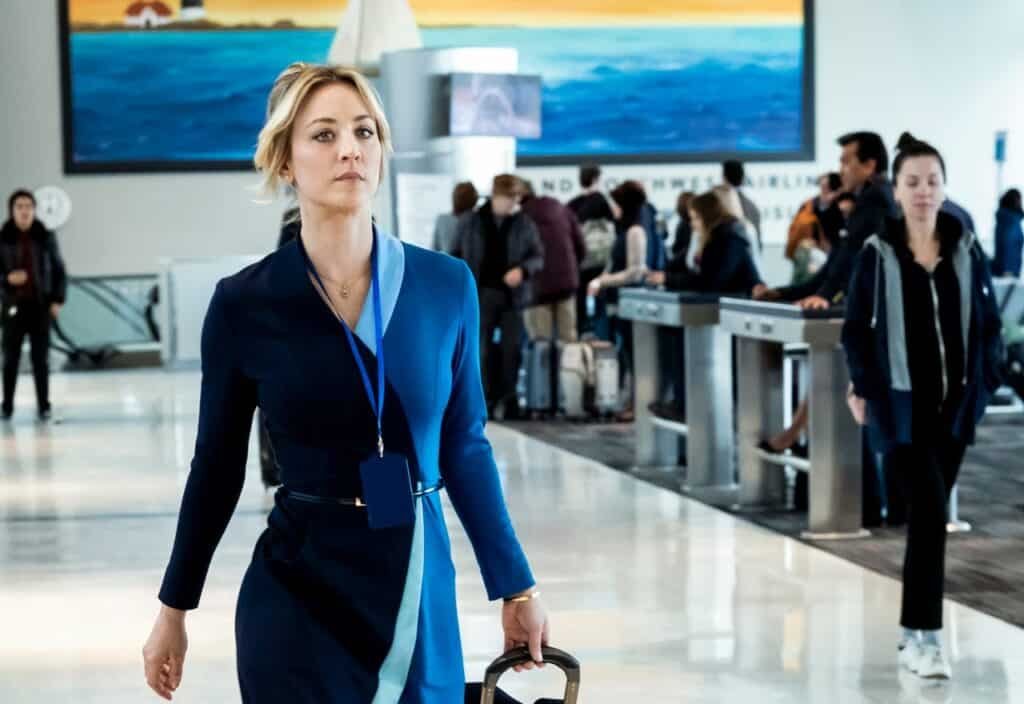 The cast of the Flight Attendant includes many talented actors.

The cast of the Flight Attendant consists of multiple A-list actors who are already well-known household names. To name a few, we can list Kaley Cuoco, Michiel Huisman, Rosie Perez, Zosia Mamet, and Colin Woodell.

Well, there is a very high chance that you are already familiar with Kaley Cuoco. She is a megastar since she played the iconic part of Penny in the iconic sitcom, The Big Bang Theory. Since then, she did not participate in many projects, up until the Flight Attendant.

In the cast of Flight Attendant, Cuoco plays the part of Cassie, who is not only in the middle of a murder investigation but also very suspicious since all the clues seem to address her.

35-years-old Cuoco’s relationship life is filled with misfortunes. She was married to Ryan Sweeting between the dates of 2013 and 2016. After the messy divorce, she found love once again, this time in Karl Cook. The two got married in 2018 and when we thought everything was going perfect this time, the couple filed for divorce recently, expressing that their lives evolved toward separate ways. 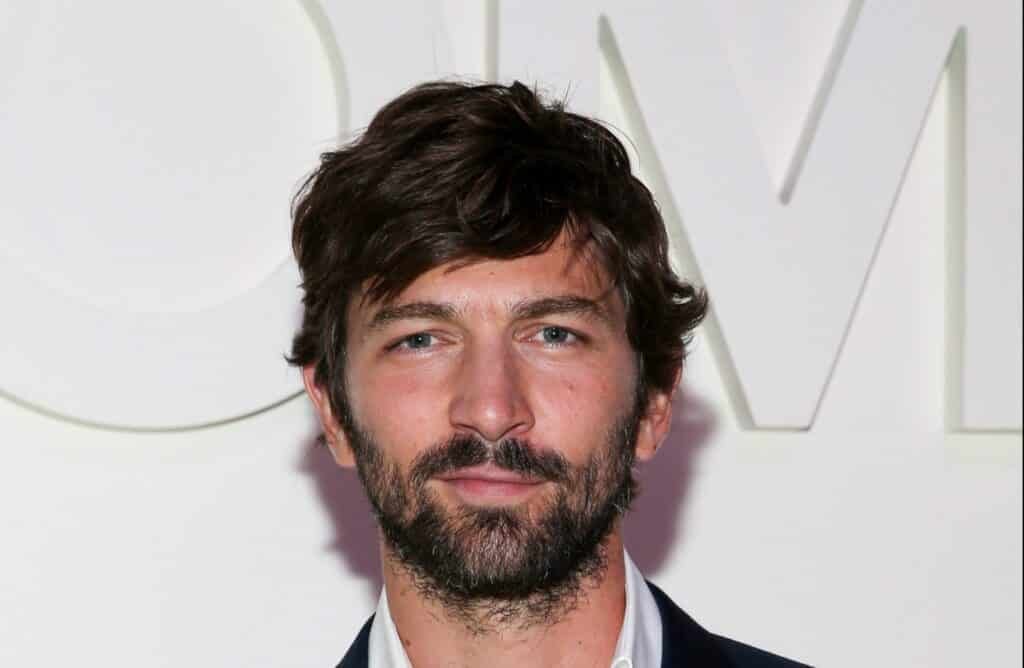 41-years-old Huisman is a Dutch actor who is mostly known for his projects such as Game of Thrones, Age of Adeline, and Orphan Black. He is married to his wife Tara Elders since 2008.

In the cast of Flight Attendant, he is playing the part of Alex, who is a passenger who found himself on an unfortunate flight. He is also the love interest Cassie. 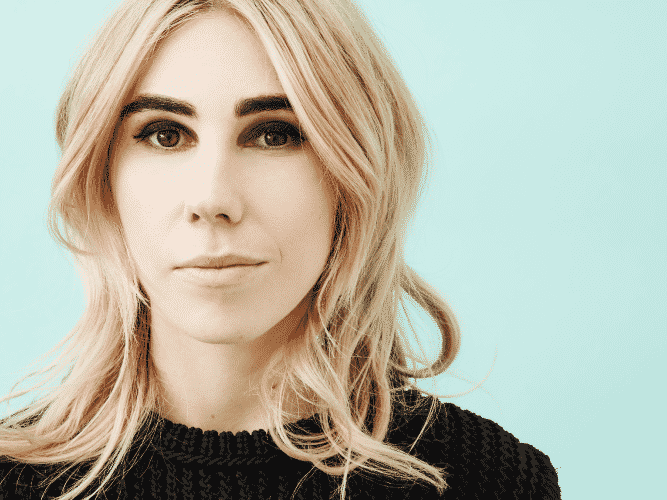 33-years-old Mamet is playing the part of Ani, the lawyer best friend of Cassie. She was in HBO’s Girls before, and also played in the projects such as Dickinson and The Boy Downstairs. She is married to Evan Jonigkeit since 2016. 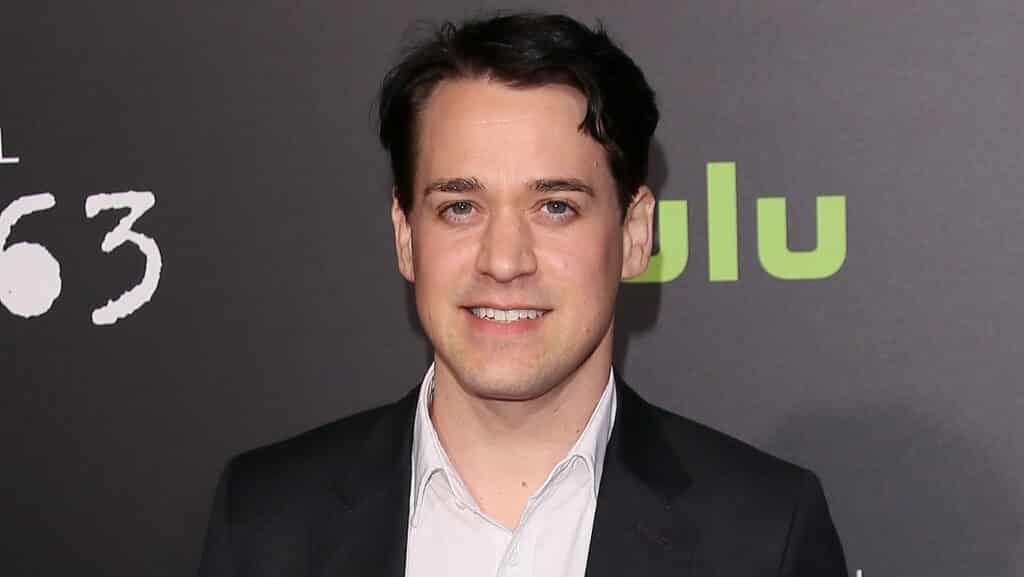 Knight has been in various successful projects throughout his 20 years long career. He was in The Comey Rule, The Good Wife, and Grey’s Anatomy, among some projects on Broadway. Knight is 48-years-old and married to Patrick Leahy since 2013.  In the Flight Attendant, he is Cassie’s estranged brother, Davey. 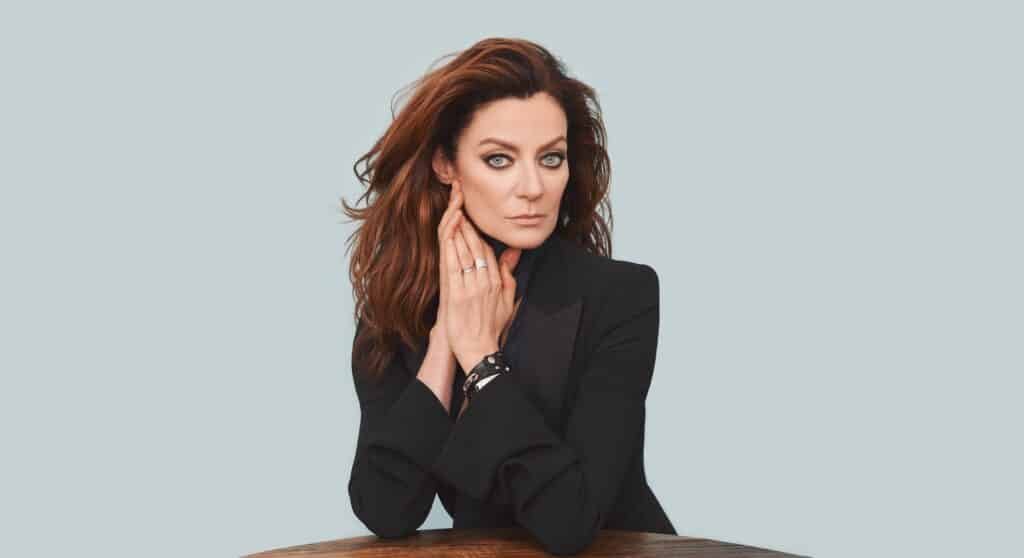 Scottish actress Gomez is 54 years old and has previously starred on the projects such as Doctor Who and Chilling Adventures of Sabrina. She is married to Jack Davenport since 2000. 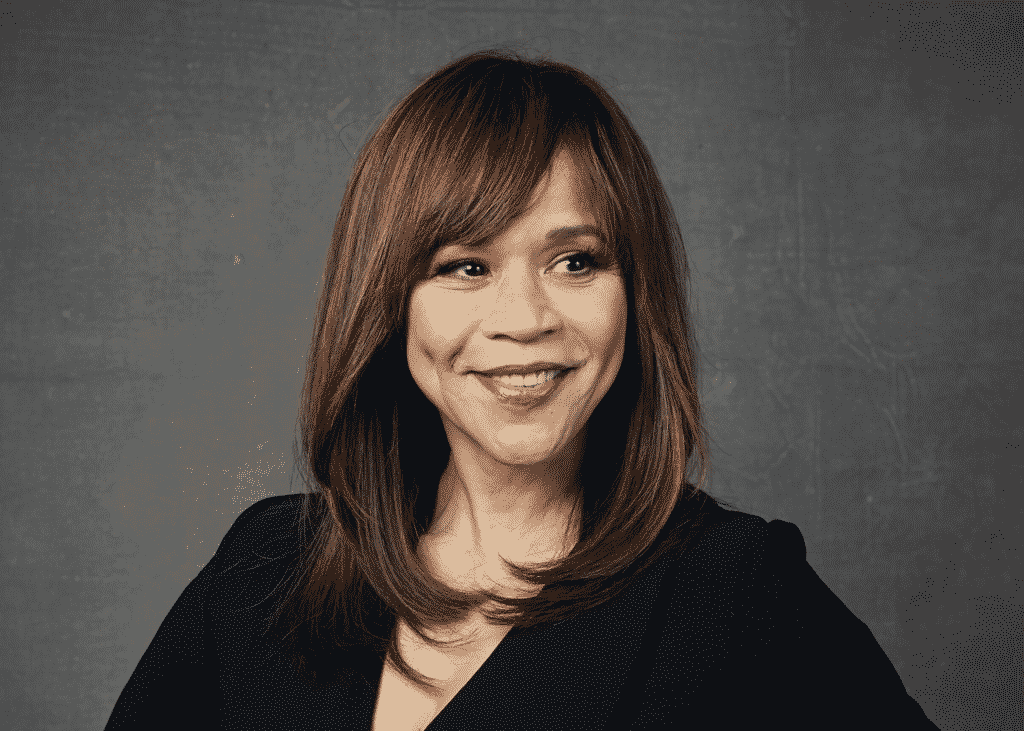 57-years-old Perez has been in the show business since the 1980s. Her debut role was in the movie, Do the Right Thing and since then, she starred in multiple movies and TV shows including Fearless and In Living Color. She was married to Seth Zvi Rosenfeld back in 1999 and divorced in 2001. She re-married in 2003, to Eric Haze. 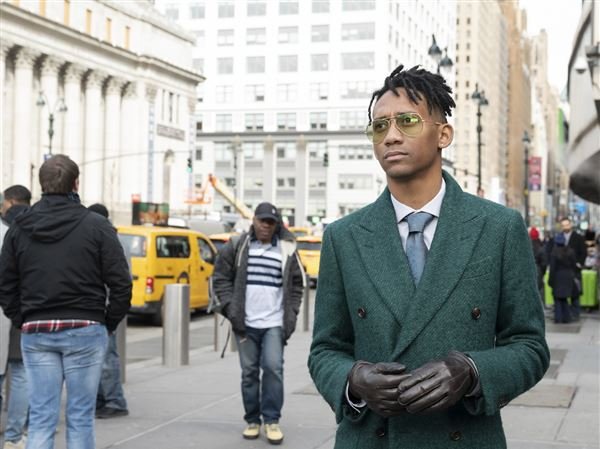 Matthews is a talented actor who not only proved himself on the TV but also in the theatre. His well-known works are Invisible Thread, Dear White People, Ballers, and Law & Order: SVU. 39 years old actor is married to Matt Gould. 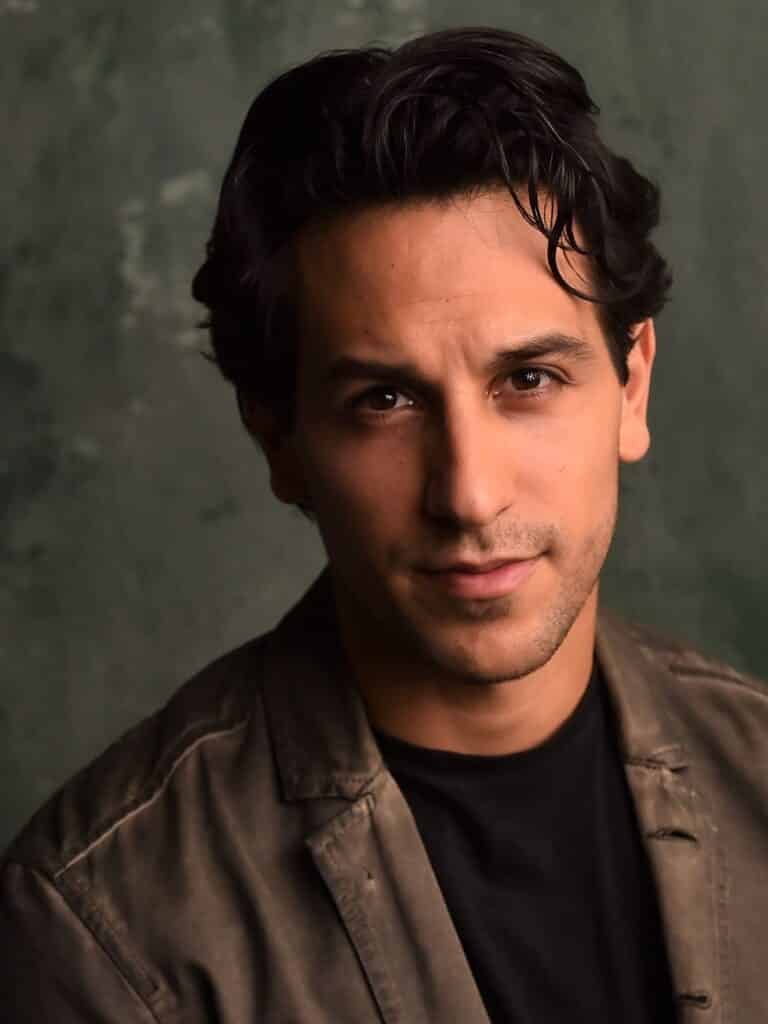 Akdeniz is a 31 years old Australian-Turkish actor. He is a well-known figure in Australian cinema, especially for his participation in the movie Tomorrow, When the War Began.