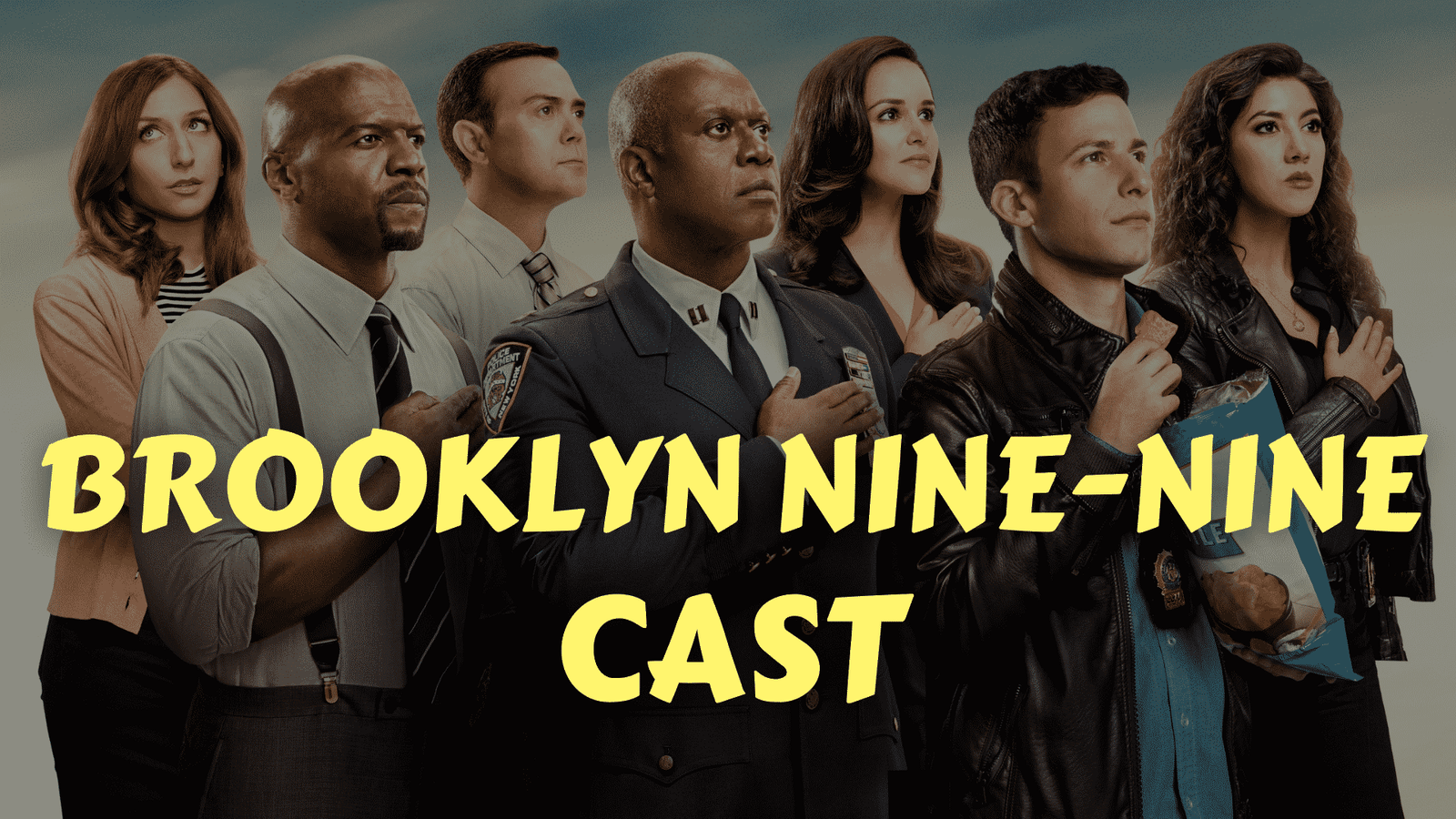 In this article, we will talk about our most favorite underrated sitcom Brooklyn Nine-Nine! The show is about the most sincere and hilarious detectives of New York. If you ask us what can be so special about a police show, the answer is simple: Brooklyn Nine-Nine Cast! A cast that is so special that you miss each character if they don’t appear for 10 minutes straight. 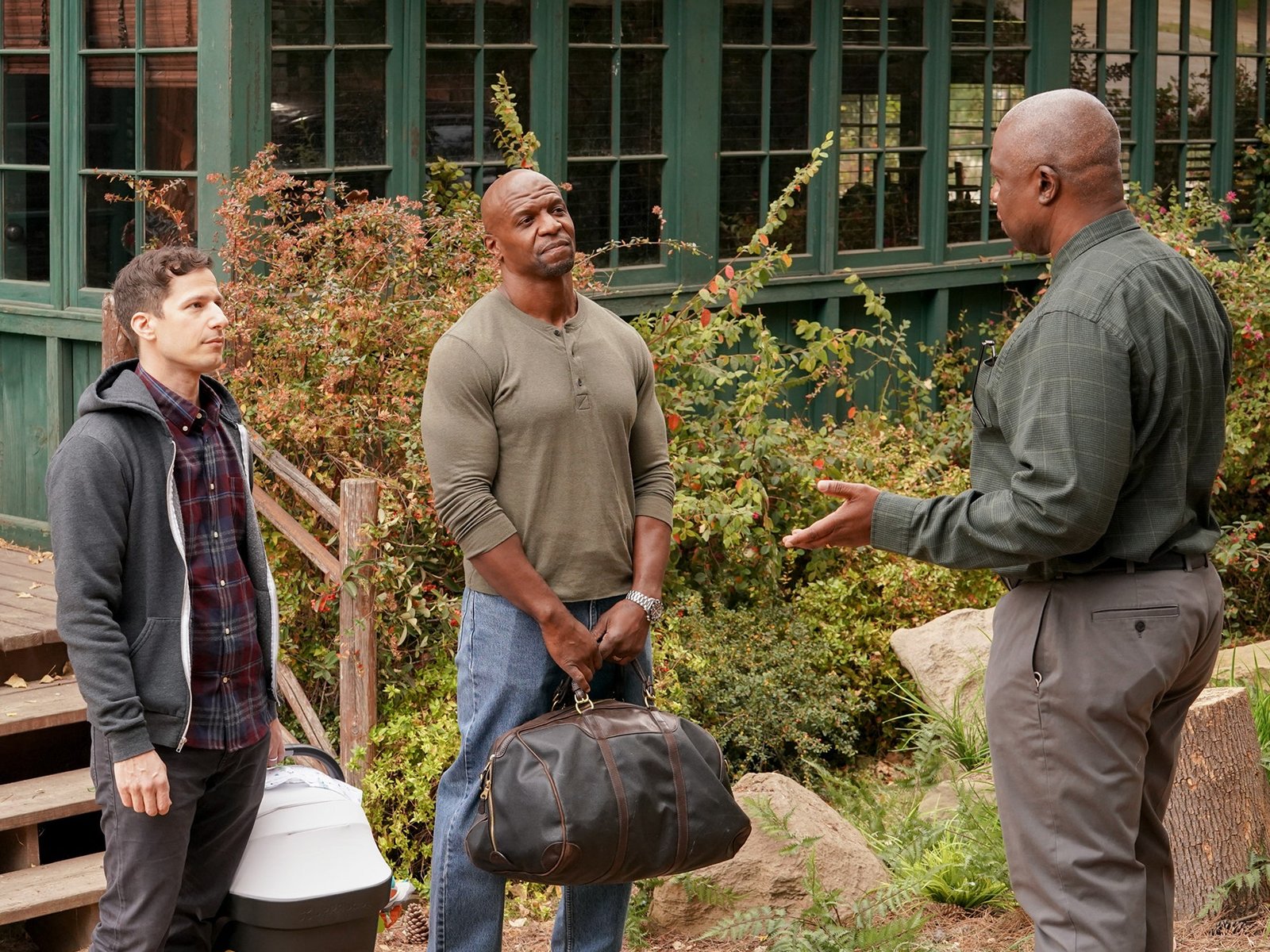 Honestly, we just don’t get it when wonderful shows get less popular than they deserve and there is this feeling of unbelief because they are not known by the whole world, and Brooklyn Nine-Nine is exactly one of those shows. We would like to just say “WATCH BROOKLYN NINE-NINE!” and end this article, because the show is THAT good. Once you watch an episode and see the Brooklyn Nine-Nine cast, the rest just keeps coming, and all of a sudden you realize that you binge-watched a whole season. 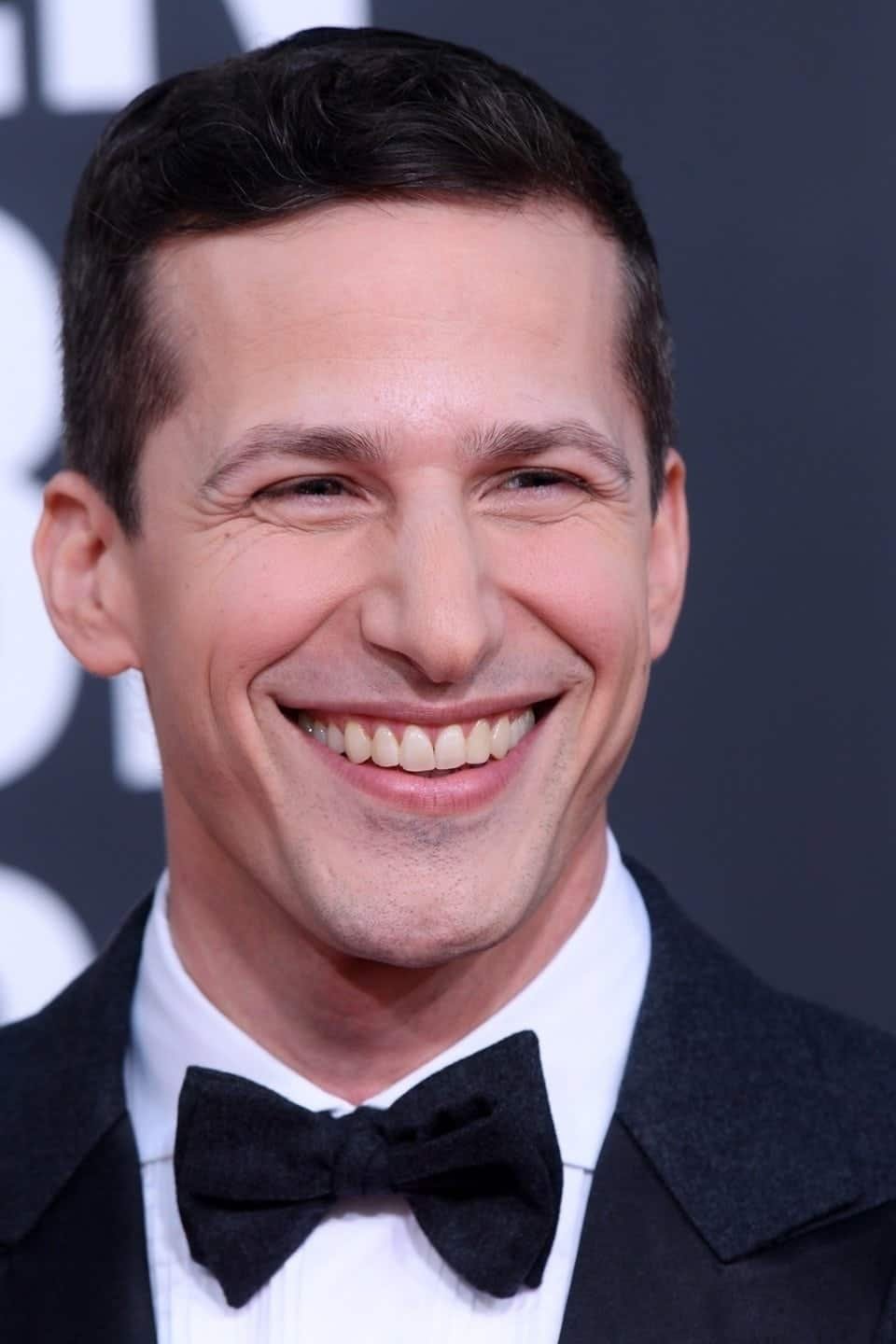 One of the main characters of the series, Jake Peralta (portrayed by Andy Samberg, born August 18, 1978), is a detective with a childlike spirit that never grows up. He is quite intelligent and loves to play with words. Andy Samberg is apparent in all marketing visuals of the show and an important name for the Brooklyn Nine-Nine cast. In real life, Andy Samberg is married to Joanna Newsom and has a daughter (born August 8, 2017). Popular celebrity websites like Celebrity Network estimates his salary as 125,000 thousand dollars per episode, and his net worth to be around 20 million US dollars. 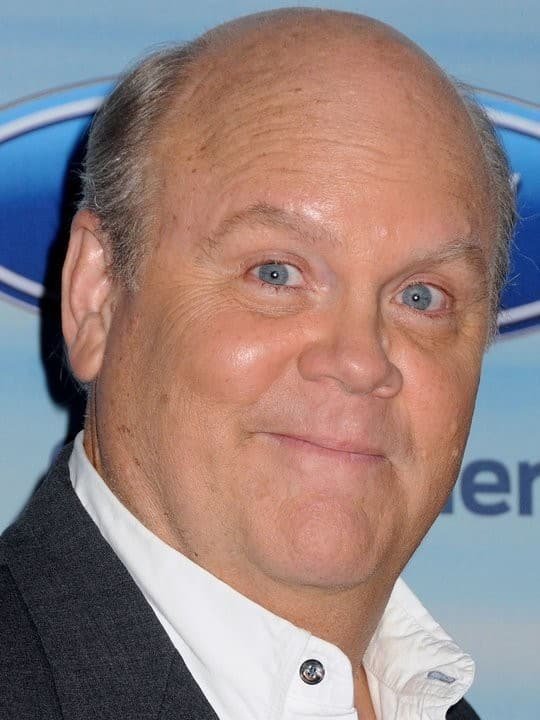 Michael Hitchcock (played by Dirk Blocker, born July 31, 1957), also referred to as Hitchcock, is one of the senior and old cops, usually stands out with his laziness and doing nothing all day. Dirk Blocker is married to Danielle Aubuchon, and the couple has two children. His family is quite into the TV world, his father is also an actor (Dan Blocker), and his brother, David Blocker, is a producer. 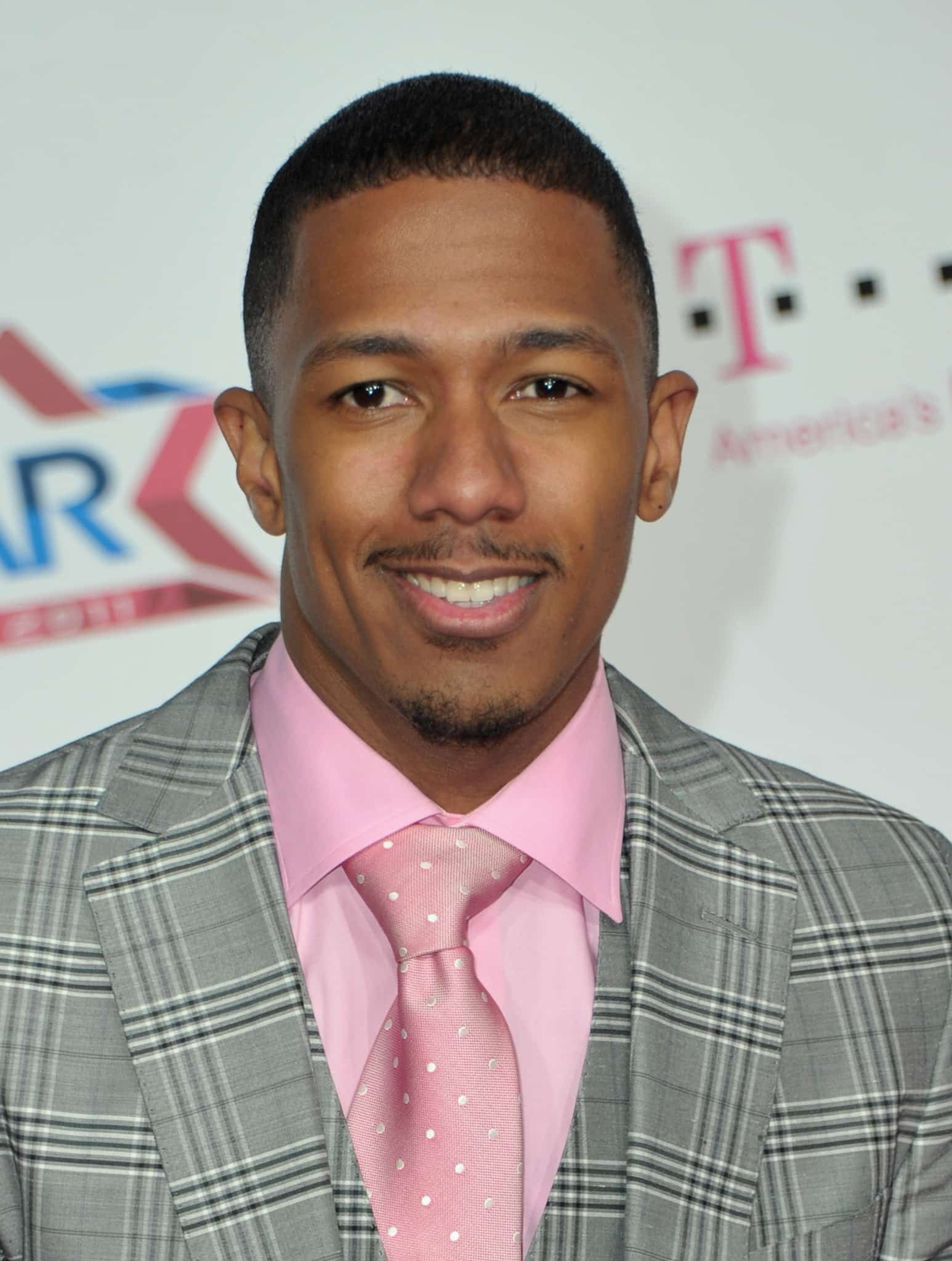 Marcus is an iconic character of the Brooklyn Nine-Nine cast, even though he only appears in six episodes in total (seasons 2 and 3). Marcus (played by Nick Cannon, born October 8, 1980) joins the show as Rosa’s boyfriend, but the couple quickly breaks up due to Marcus’s extremely emotional character. He is so emotional that in one scene he cries while watching a fridge commercial.

Out of all Brooklyn Nine-Nine cast, Nick Cannon has one of the most interesting love life, keeping paparazzi constantly around him. He and the legendary Mariah Carey had a marriage for about eight years, and they have two children from that marriage. In addition to those two, Nick Cannon has five more children, making him a dad of seven! He even has a rap album called Gigolo, in collab with R. Kelly. 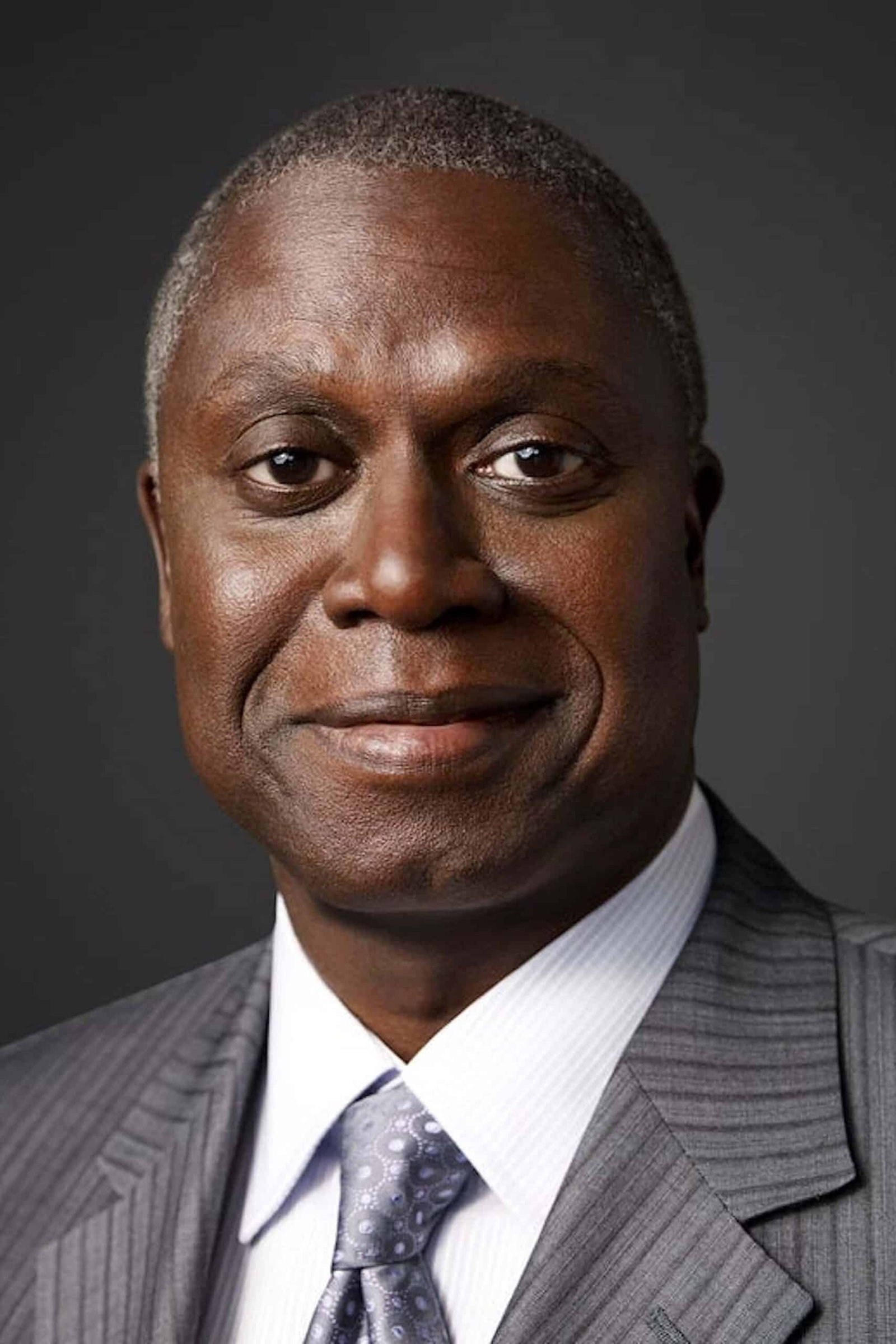 Raymond Jacob Holt (portrayed by Andre Braugher, born July 1, 1962) is the hard on the outside, soft on the inside kind of a dad-like character of the show. He is very strict, follows the rules, and dislikes childish, indisciplined acts. These characteristics make him one of the least stereotypical gay roles on TV. In real life, Andre Braugher has been married to Ami Brabson since 1989, and they have three sons. His salary per episode is a whopping 100.000 dollars, and his total net worth is estimated to be around 8 million dollars. 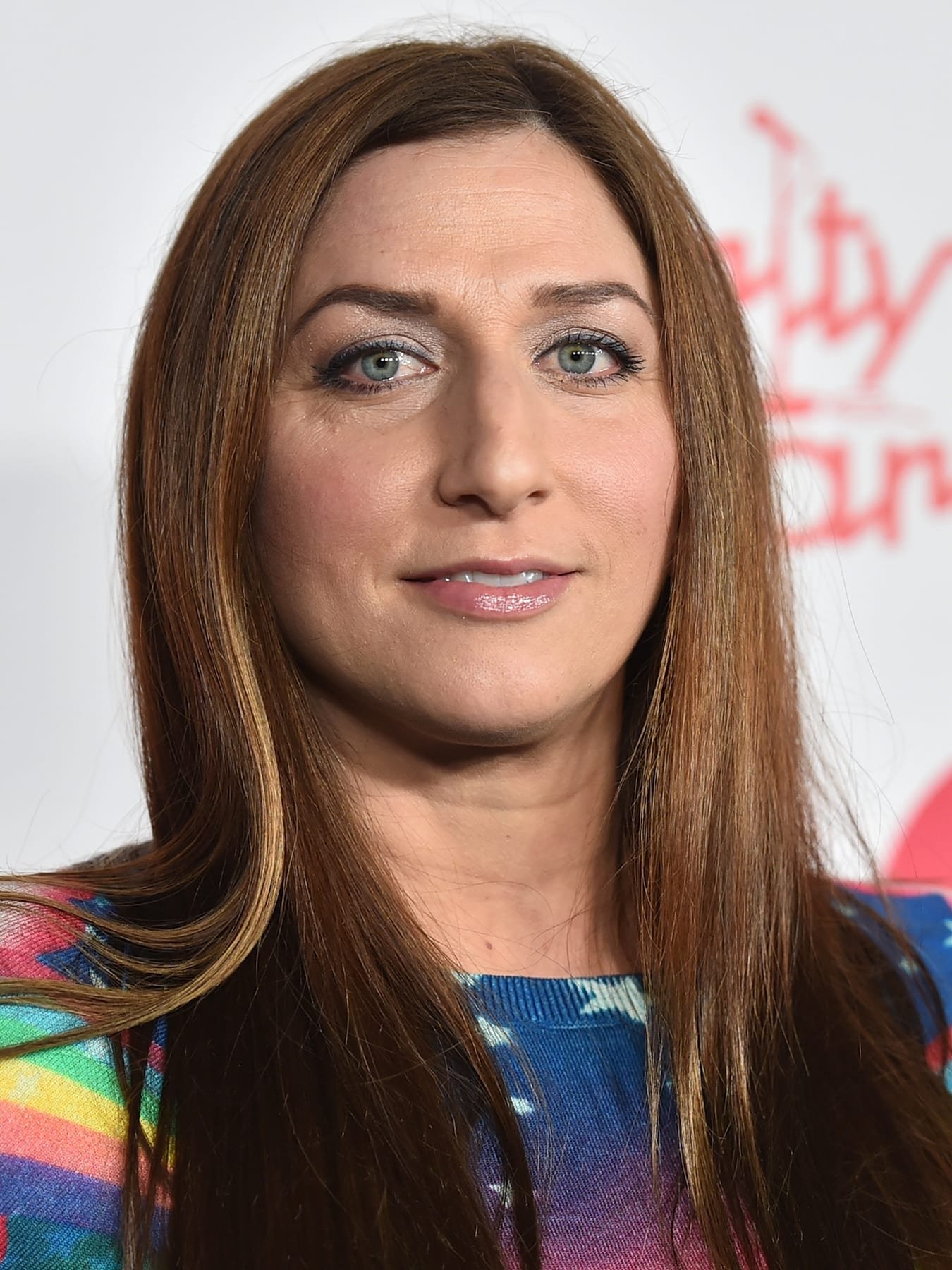 While fans expect some sort of drama or something shady behind Chelsea Peretti’s exit, it looks like the decision is made by both her and the production team. So there seems to be no “real reason” behind her leaving. In interviews, she just says that it was the right time for Gina to leave the show, she loves her Cast friends and still feels like a family member of the set. 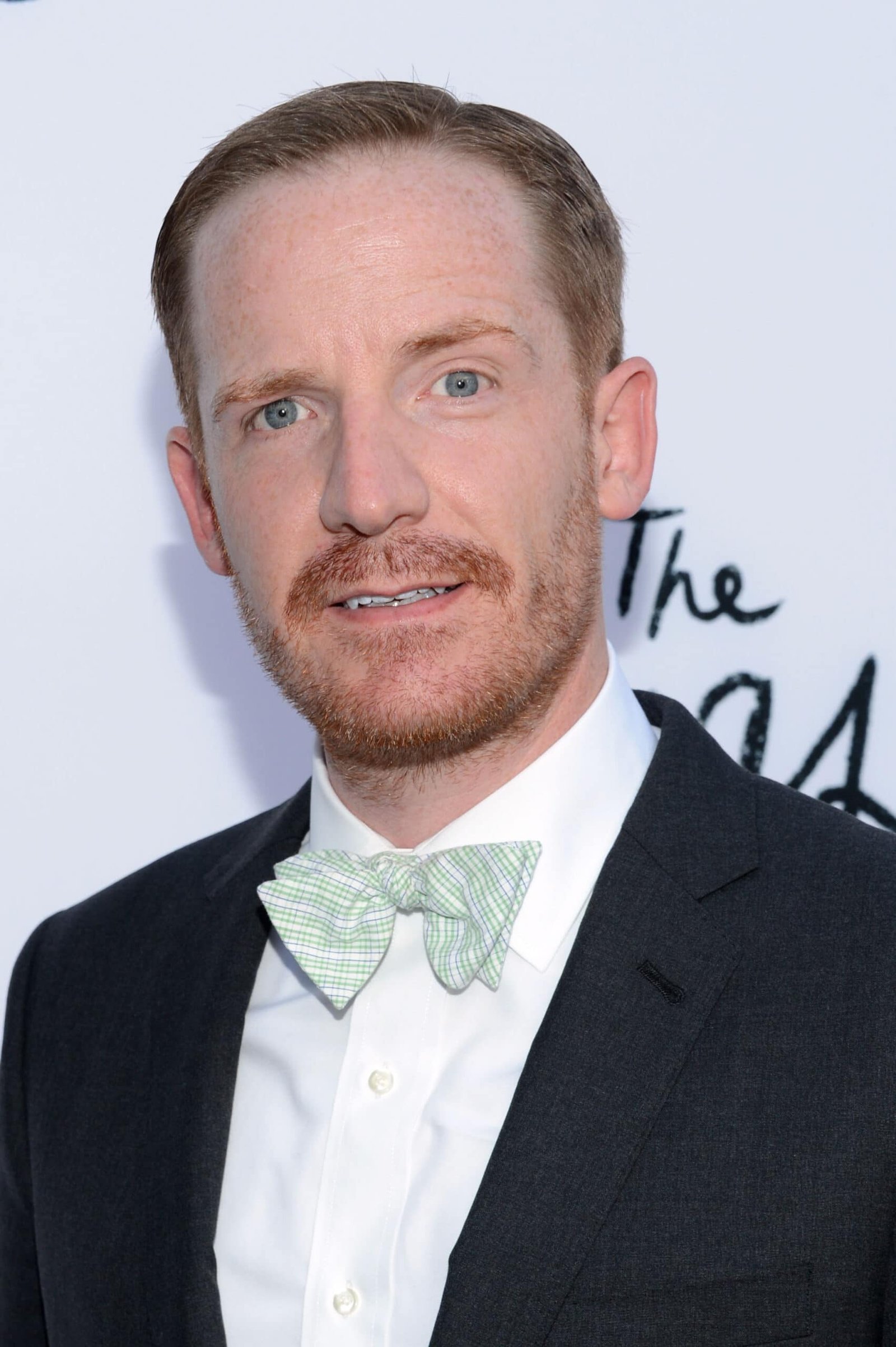 Kevin Cozner (played by Marc Evan Jackson, born August 21, 1970) is the husband of the fatherly strict character, Raymond Holt (portrayed by Andre Braugher). He is a professor at Columbia University, head of the classics department, to be exact. Jackson is married to Beth Hagenlocker in real life. 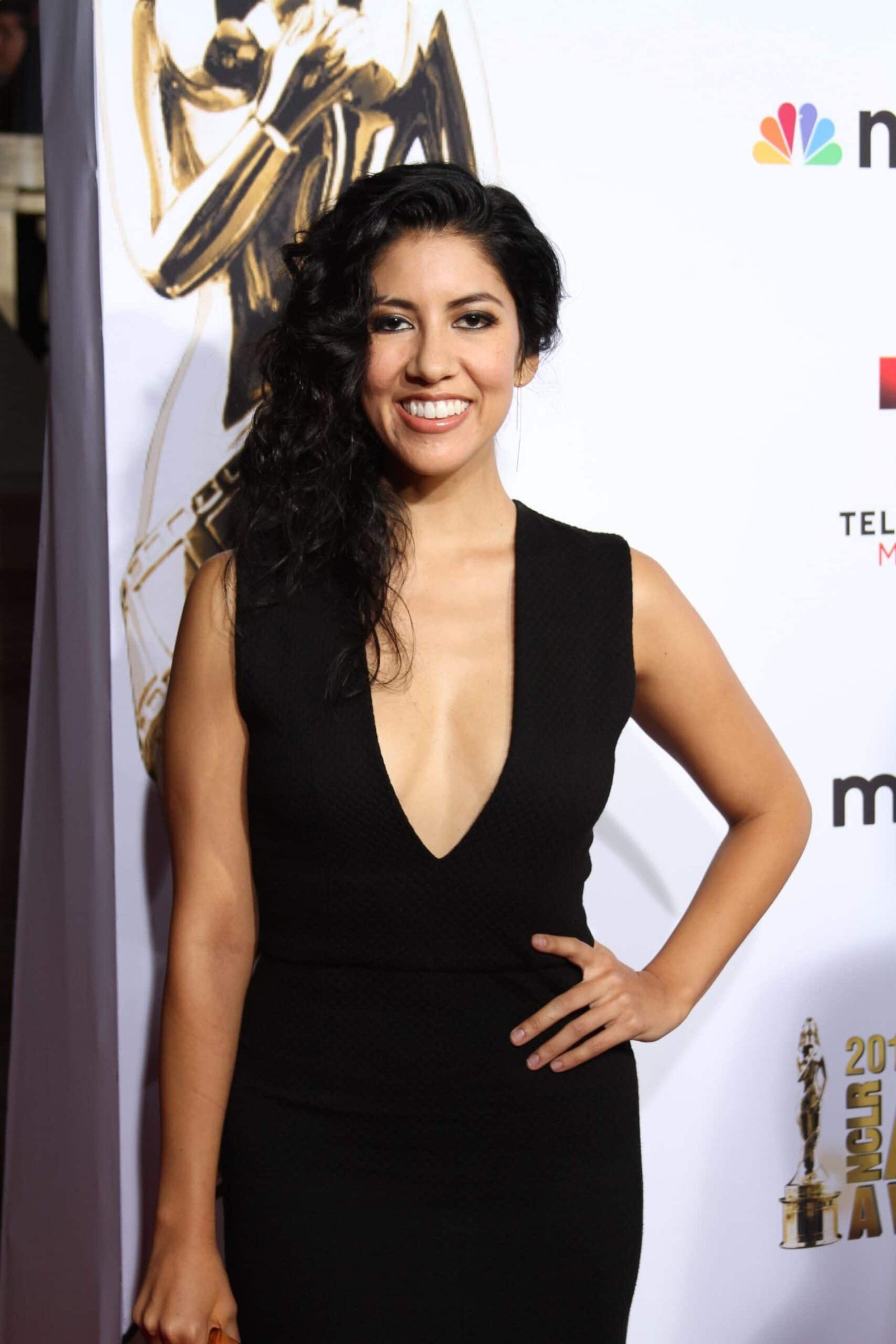 Rosa Diaz is definitely a fan favorite, we just can’t resist her charming aura, badass vibes, and frightening looks. She is one of the lead roles of the show. Stephanie Beatriz (born February 10, 1981), who portraits her, is such a perfect fit for the role as she literally slays acting. Beatriz is married to Brad Hoss, giving us the fun fact that even though Jackson, Braugher, and Beatriz have all heterosexual marriages in real life, they successfully represent the LGBTQIA+ community on the show. We don’t exactly know how much her salary is, but her net worth is around 2 million dollars. 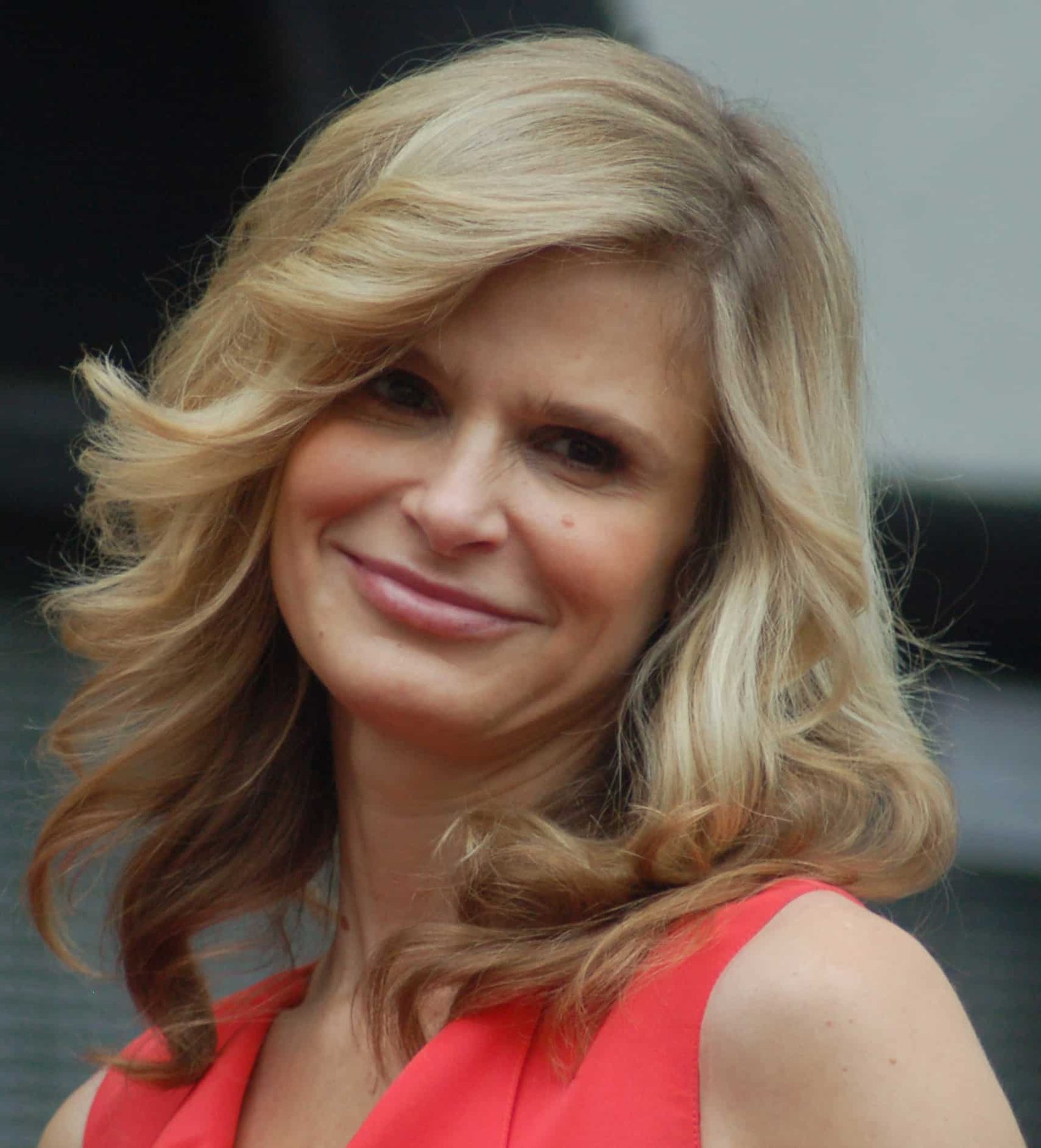 Madeline Wuntch, or as the people on the show call her, Chief Wuntch (born August 19, 1965) only appears in 11 episodes, but given that she is a commissioner of NYPD and enemy-ish to Holt, she has an important role. In real life, Sedgwick is married to Kevin Bacon, and they have two children. Sosie Bacon, the couple’s daughter, is also an actress. 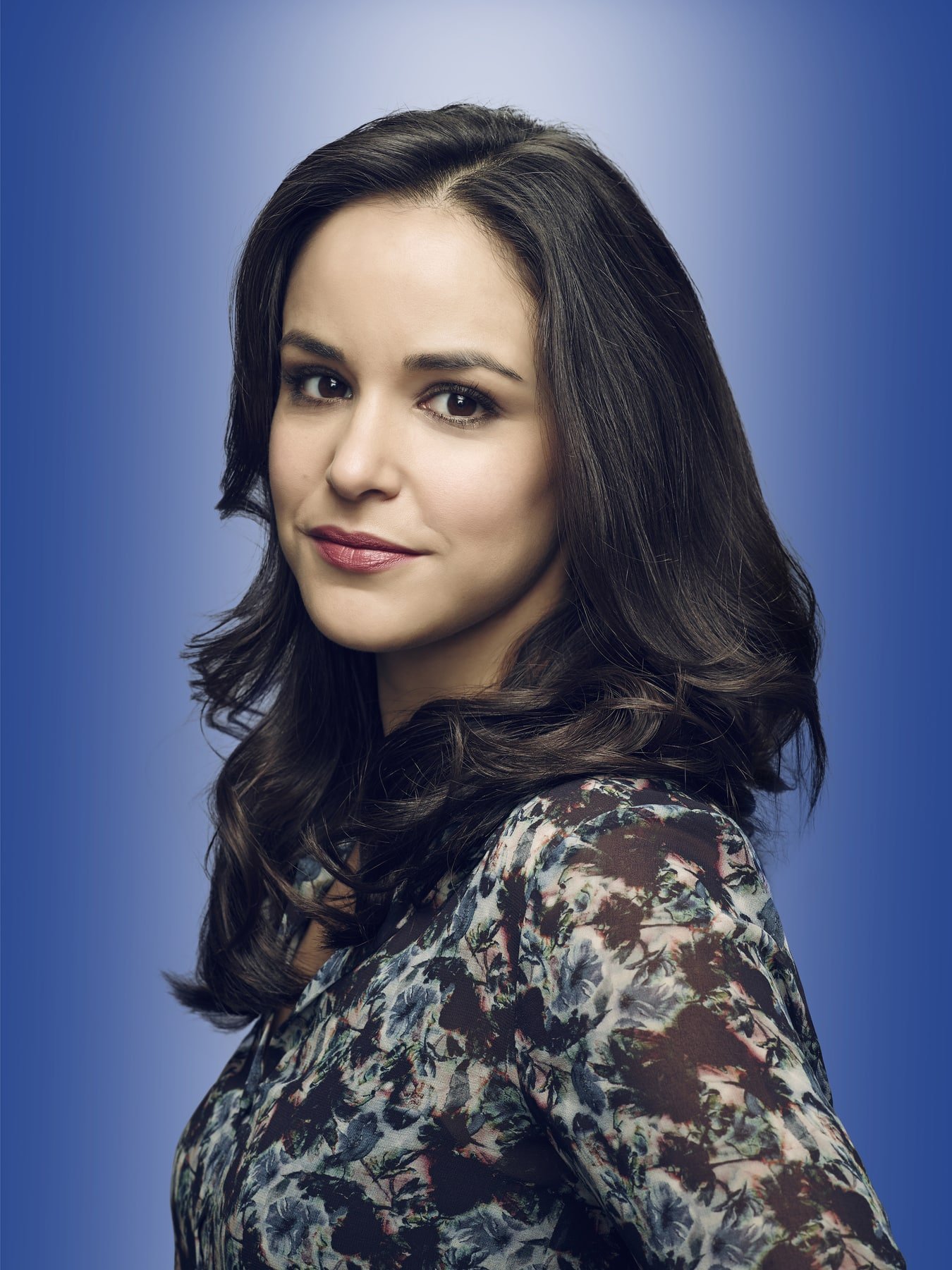 Started her career as a detective and then a sergeant, Amy Santiago (born August 19, 1982 ) quickly climbed the ranks and became the chief of the department. On her ambitious journey to be the youngest captain ever, she looks for a mentor, and her drive makes her hilarious to watch. Melissa Fumero is a fan favorite of the Brooklyn Nine-Nine cast too. She is married to David Fumero, and the couple has two children.