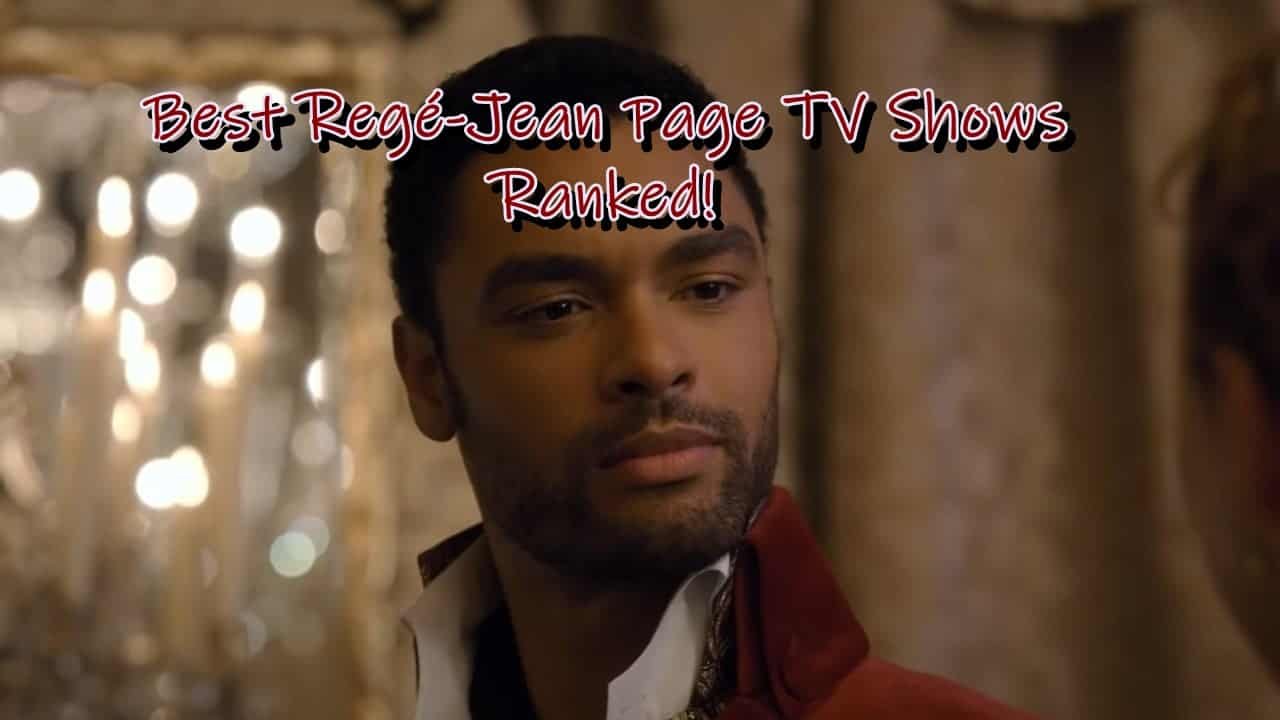 Regé-Jean Page has emerged as a true breakout star in 2020 as a result of the release of Netflix’s Bridgerton. The successful historical drama in which he played Simon Bassett helped him to become a household celebrity. While it was the Netflix program that catapulted him to new heights of popularity, he has a long list of previous credits to his name.

Regé’s career has spanned several films and television series, and it isn’t simply about finding love as the Duke of Hastings. Here are some additional shows you may find him, whether he’s working as a teacher or a wizard. Regé-Jean Page, the actor that everyone is talking about, seemed to have sprung out of nowhere to fascinate fans in the Netflix sensation Bridgerton. He enthusiastically captivated his wife Daphne (Phoebe Dynevor) and many others who came into his orbit as Simon Bassett (the Duke of Hastings). Regé-Jean Page has captured the attention of many a Netflix watcher, but as anybody familiar with the entertainment industry can tell you, he did not arise out of nowhere and he has some quality work. Keep reading to find out! Regé-Jean Page was the first to tackle a role in “The Gray Man,” collaborating with the Russo brothers on the big-budget action thriller starring Ryan Gosling and Chris Evans. The $200 million Netflix film is based on Mark Greaney’s best-selling novel of the same name, which has been a Hollywood hot property since its release in 2009.

Under the supervision of the Russos, who recently had a super-successful run directing four Marvel films, including 2019’s “Avengers: Endgame,” excitement for the picture grew even more.

“It’s been wonderful,” Page says of his experience as a member of the “Gray Man” crew. “It’s simply so much pleasure to work with people that are not just at the top of their game, but are redefining it.” It’s like a piece of a completely new experience for me.” Regé-Jean Page is well renowned for his role as Leonard Knox in the television series For The People. The program was a legal drama, and his character is an assistant attorney, which is a very different function from what Bridgerton played.

The series follows a number of different lawyers, concentrating on both their professional and personal lives. It can be a pretty tense show with some significant cases handled, and it is an amazing series in which he excelled. 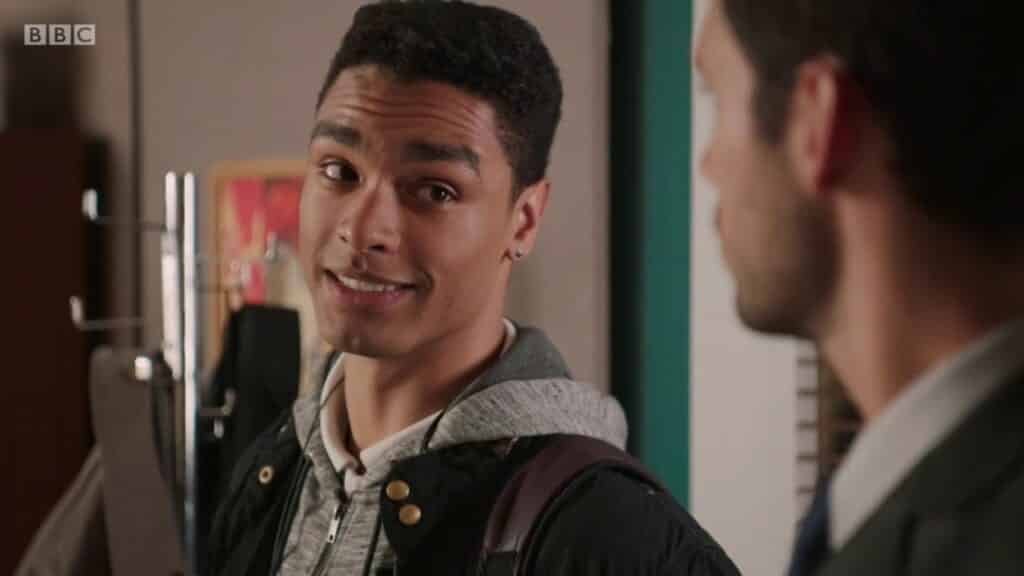 Waterloo Road was a famous British series that centered on one school and depicted the ups and downs of school life for both students and teachers. The series was full of humor and passion, and it was a huge hit for the BBC during its existence.

Regé-Jean Page, who played Guy Braxton in the show’s 10th season, was one of the professors. He was a young trainee with little money, which led to one of his tales including his sleeping at school. His second significant narrative revolved around his sister, who was a student and was played by Tahirah Sharif, who later appeared in The Haunting of Bly Manor.

Coincidentally, his fellow Bridgerton performer Phoebe Dynevor was also a student during the 2009-10 season. The tale of Roots is an emotive and meaningful one that revolves around an African guy who is sold into slavery. It is based on a book that is a true-life account of the author’s own family, and it is a dramatic series that examines important events in American history.

In 2016, the BBC recreated the original 1977 miniseries using more current technology, and it did it well. Regé-Jean Page was a part of it, as Chicken George, a cockfighter with a murky personal history. 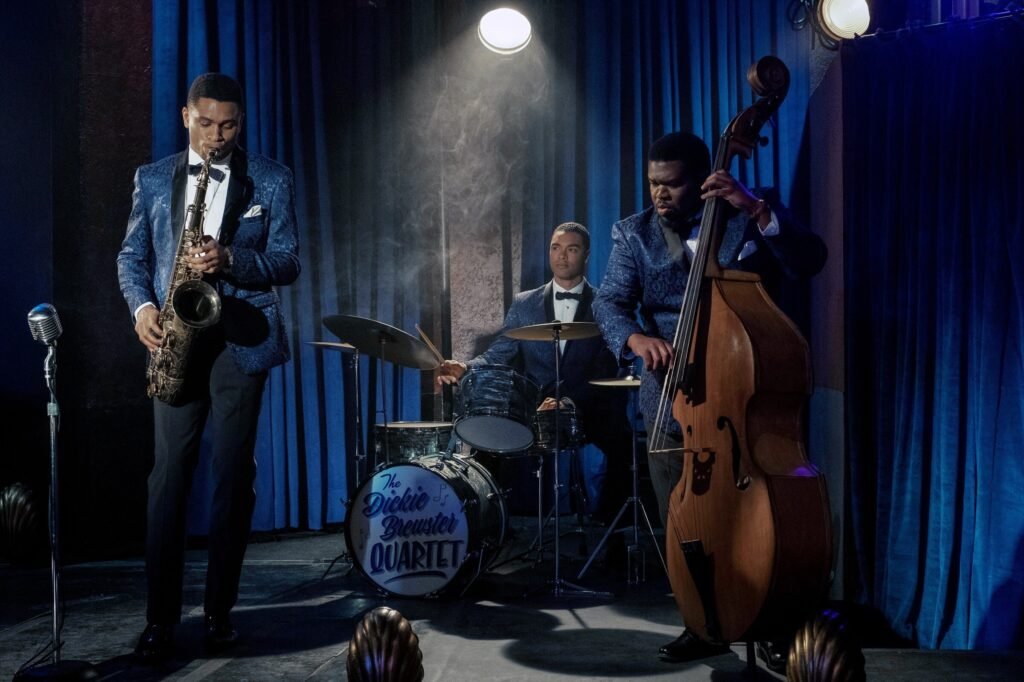 Rege-Jean Page plays Chico Sweetney in this Amazon Original romance. Page is once again playing a supporting part, but this time his work is vital to the tale being presented, as it was in Mortal Engines. Sylvie’s Love is a highly stylized romance drama about Sylvie (Tessa Thompson) and Robert (Nnamdi Asomugha) as lovers in a changing 1950s America.

These two appear to be created for each other, but it is the ups and downs of life (job, distance in relationships) that strain Sylvie and Robert the most. Rege-Jean Page is a peripheral figure who provides additional complexity to the choices our protagonists must make.

To be honest, he doesn’t get enough screen time, and one wonders whether this excellent picture would have been even better if Page and Asomugha had traded roles. Having said that, filmmaker Eugene Ashe, who comes from the music industry, appears to have mined that knowledge for the beautiful tale he wrote and directed here. 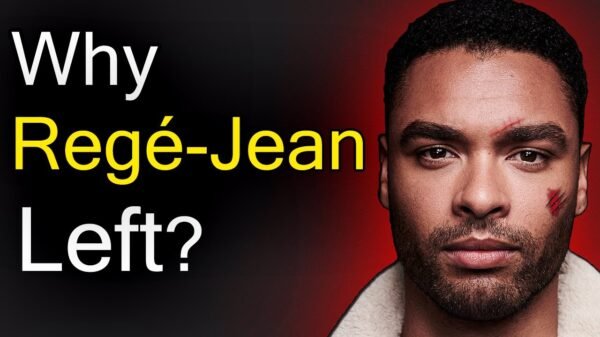 You know how popular the Bridgerton show is. Unfortunately, we have news that will upset you about this beautiful period series. Rege Jean Page...