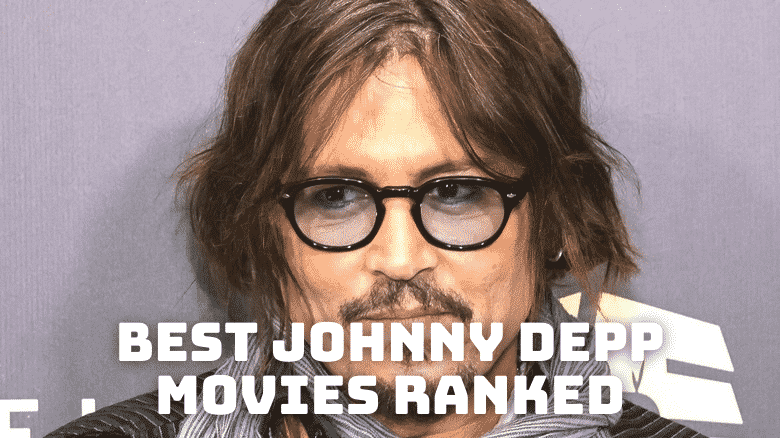 Johnny Depp, the 58-year-old actor, played many significant roles in a number of films and received a slew of awards, including a Golden Globe Award. Ever since his career began in 1984 with the film A Nightmare on Elm Street, Johnny Depp movies have occupied an important place in Holywood and world cinema. Nevertheless, the talented actor has attracted attention not with his outstanding acting performances, but with the lawsuit he filed against his ex-wife Amber Heard. 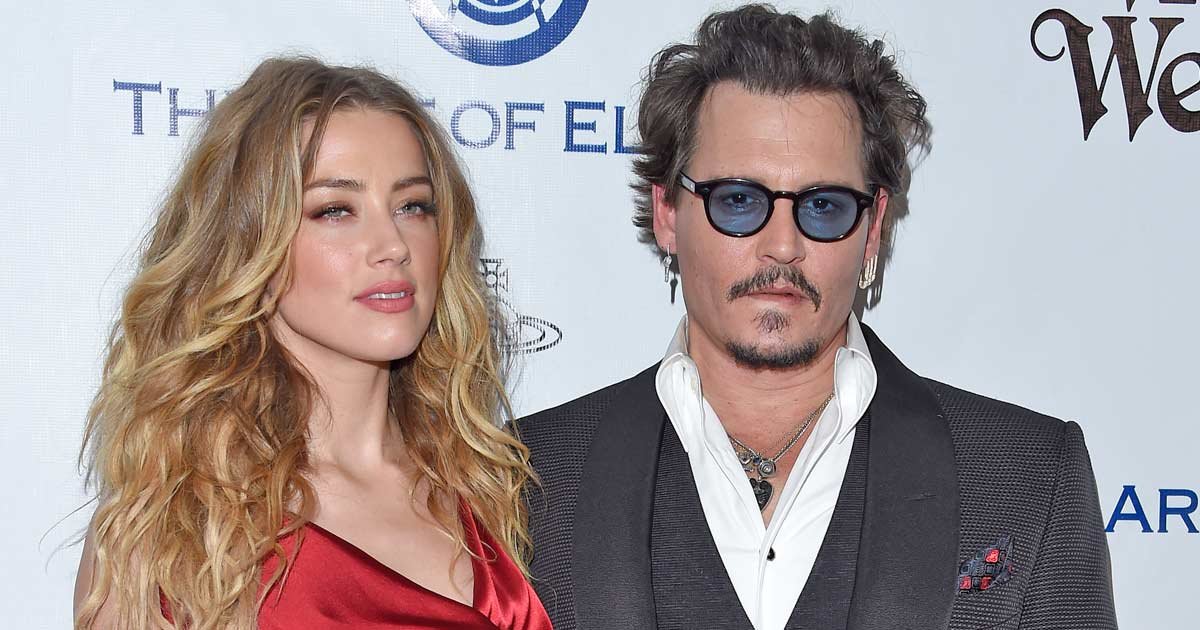 The actor sued Heard for an article she wrote about sexual violence. Depp demanded $50 million back for the alleged defamation against him. The two appeared in court recently, and Depp affirmed that he’s never hurt any woman in his life, including Amber Heard. Even more, he claimed that Heard was the one who used violence in their relationship and even seriously injured Depp’s finger.

The trial is still ongoing and Amber Heard will also testify in the coming days. It’s expected that the trial will last at least six months. We’ll keep you updated on the latest developments in the Johnny Depp – Amber Heard defamation case. Let’s get right to the best Johnny Depp movies!

1) Pirates of the Caribbean Franchise 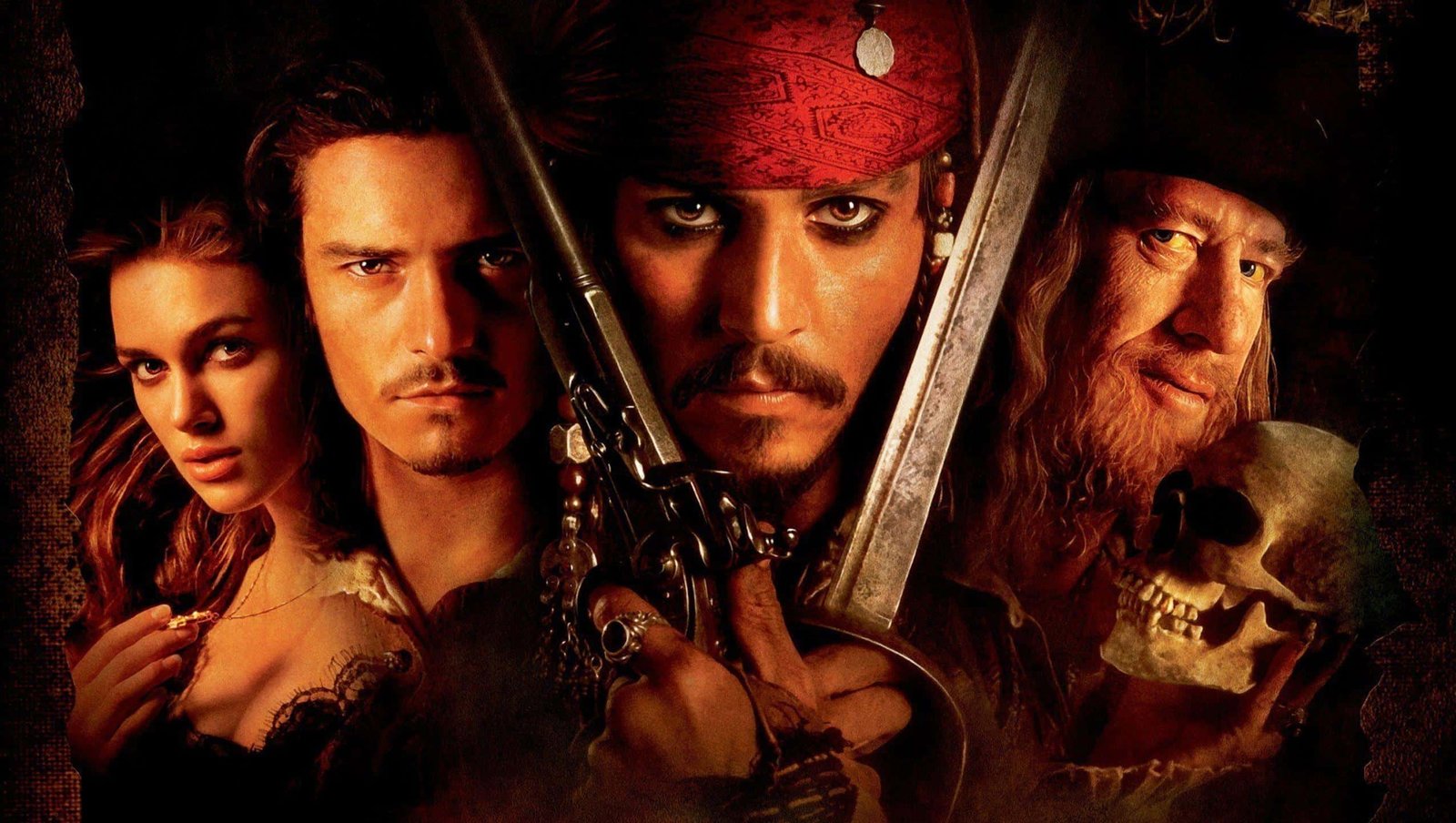 Pirates of the Caribbean

Pirates of the Caribbean is a fantasy film series based on the Dark Ride at Disneyland, starring Johnny Depp, Orlando Bloom, Keira Knightley, Penelope Cruz and many other notable actors. The series includes five films, all of which have received critical acclaim and have been seen around the world. The films are set in a fictionalized version of the Golden Age of Piracy, and the series begins with the story of Will Turner, a blacksmith who tries to save his love by working with Captain Jack Sparrow. 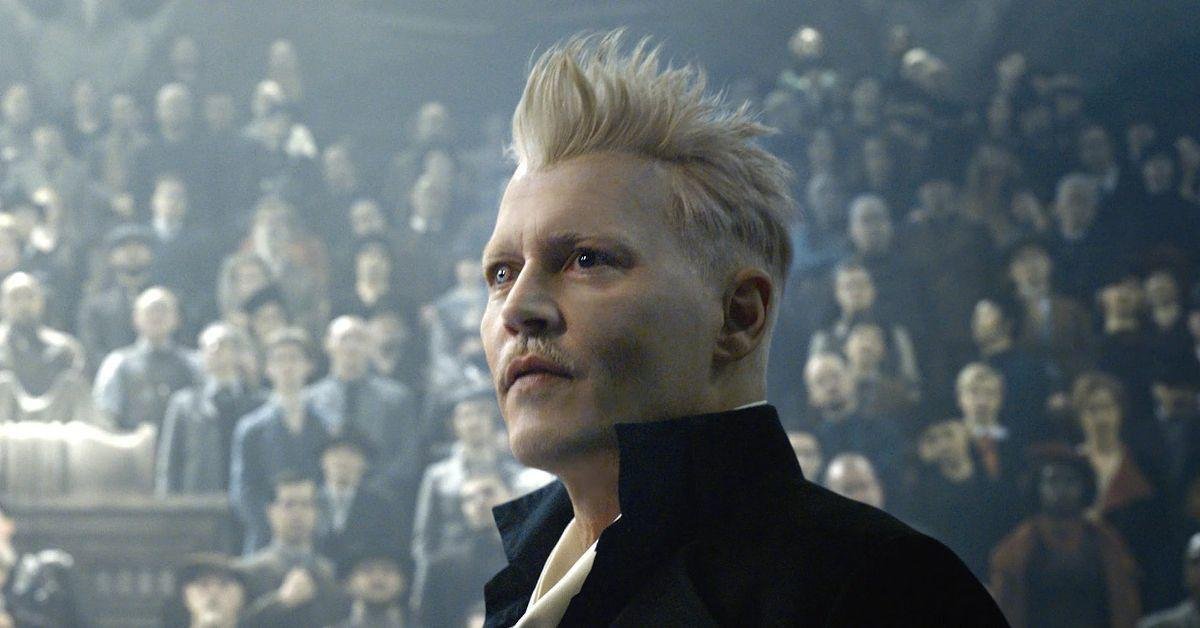 A prequel to the Harry Potter film series, the Fantastic Beasts films are also based on J.K. Rowling’s books. The first film, Fantastic Beasts and Where to Find Them (2016), follows the adventures of Newt Scamander in New York. In addition to Johnny Depp as Gellert Grindelwald, a dark wizard, the film series also stars Eddie Redmayne, Katherine Waterson and Dan Fogler. The 2nd film, The Crimes of Grindelwald, hit theaters in 2018, and the 3rd film, The Secrets of Dumbledore, will premiere in 2022.

3) Charlie and the Chocolate Factory 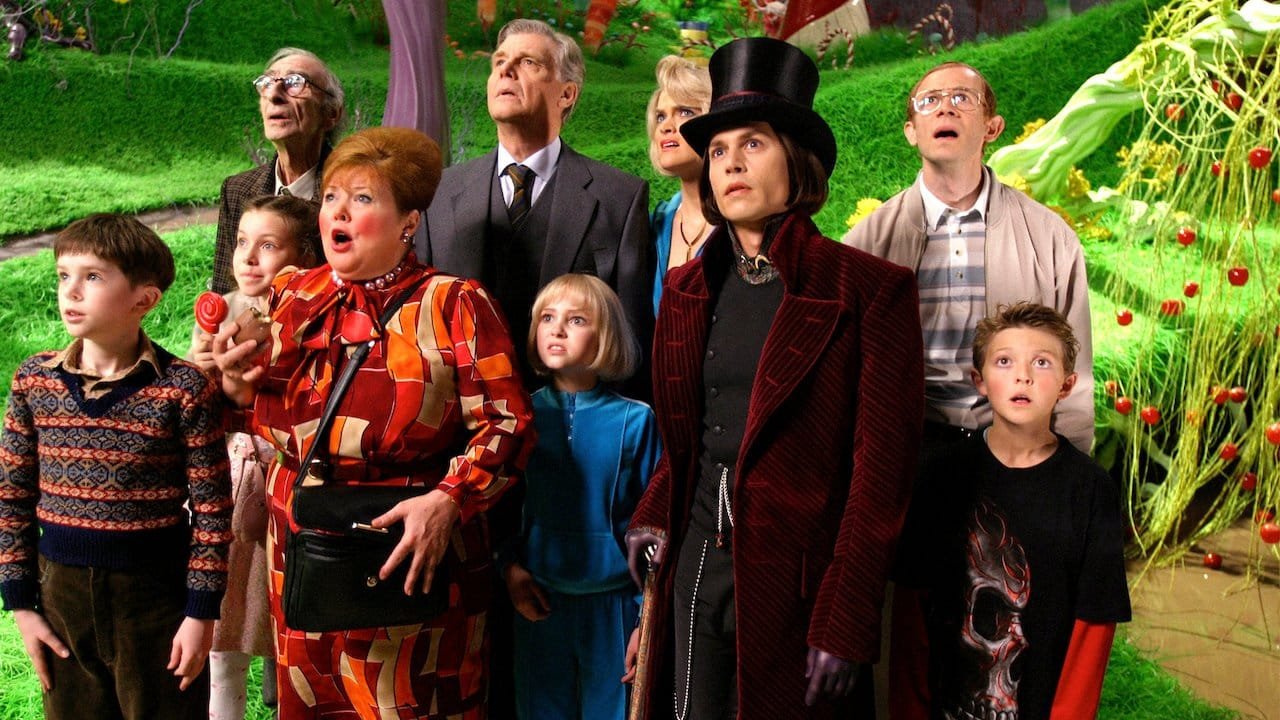 Charlie and the Chocolate Factory

Johnny Depp is known to have collaborated with Tim Burton who’s known for his gothic-fantastic style, and Charlie and the Chocolate Factory (2005) is just one of the films in which Depp has worked with Burton. Based on the 1964 novel of the same name by Roald Dahl, the story revolves around a child named Charlie Bucket and the owner of the chocolate factory, Willy Wonka (Johnny Depp). Starring Helena Bonham Carter, Christopher Lee and James Fox, the film is a visual feast with its candy-like images created by Burton’s intelligence. 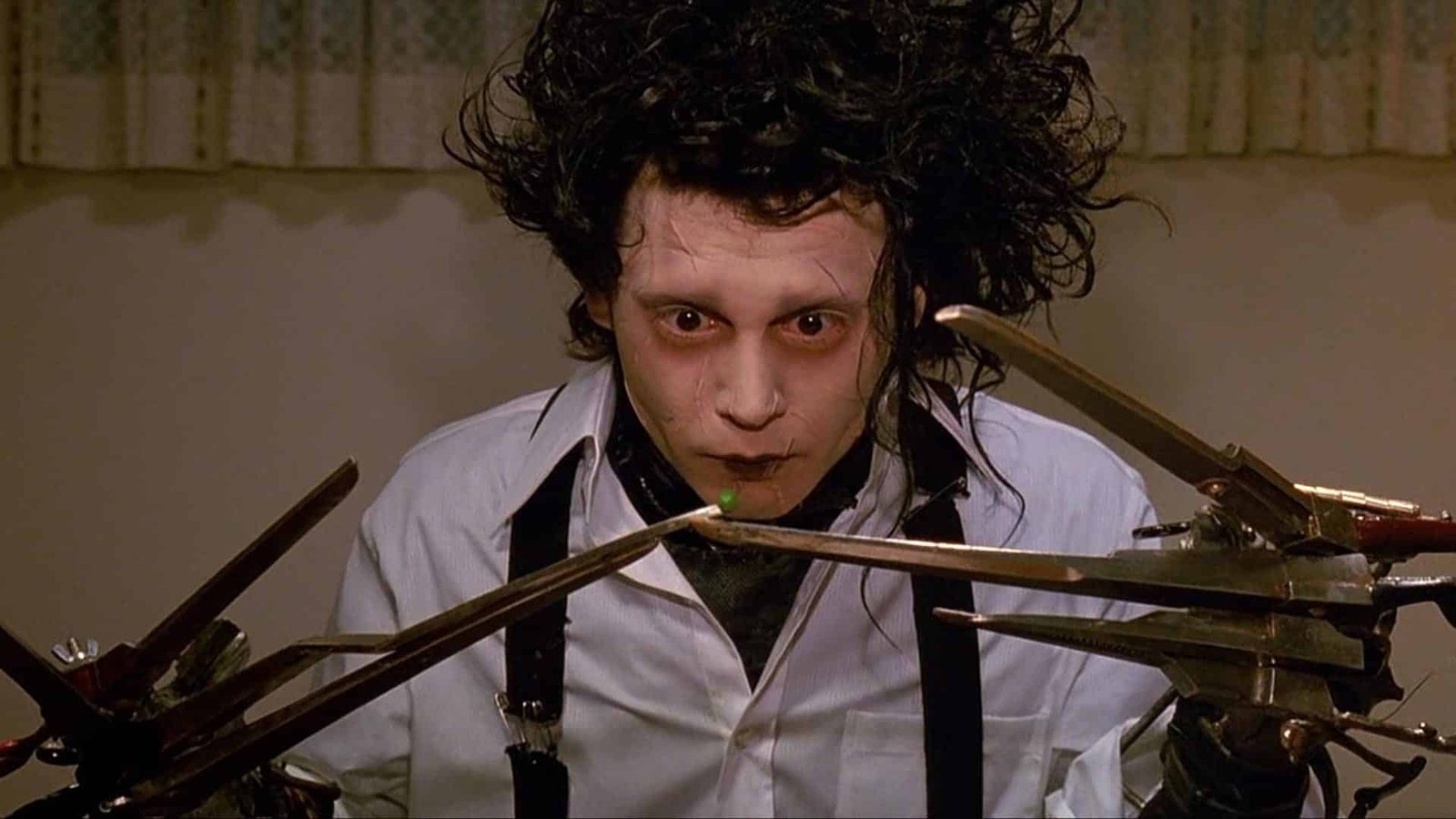 Speaking of Tim Burton, here’s another film he and Depp worked on together: Edward Scissorhands! Alongside his then-girlfriend Winona Ryder, Depp plays an artificial humanoid, Edward, who’s scissor blades instead of hands. Despite his grotesque appearance, he’s a mild-mannered gentleman. One day he falls desperately in love with Kim, the daughter of the family whom he’s taken in by. The 1990 fantasy romance film was well received by critics and received several nominations. 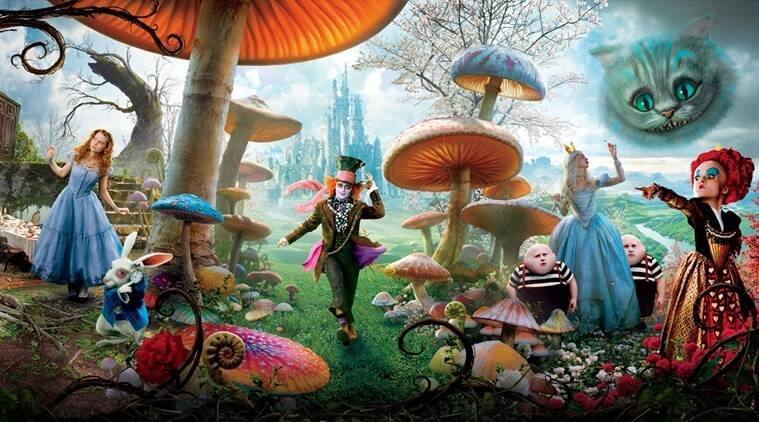 If you like book adaptations, here’s another movie like Charlie! Directed by Tim Burton (again!), Alice in Wonderland is based on the novel of the same name by Lewis Carroll. Set in 1871 London, the film follows a teenage girl named Alice who falls down a rabbit hole and is introduced to a fantastical universe with various creatures, namely a dormouse and talking flowers. Johnny Depp plays Tarrant Hightopp, also known as the Mad Hatter, the mayor of Wonderland and the leader of the rebels against Iracebeth. 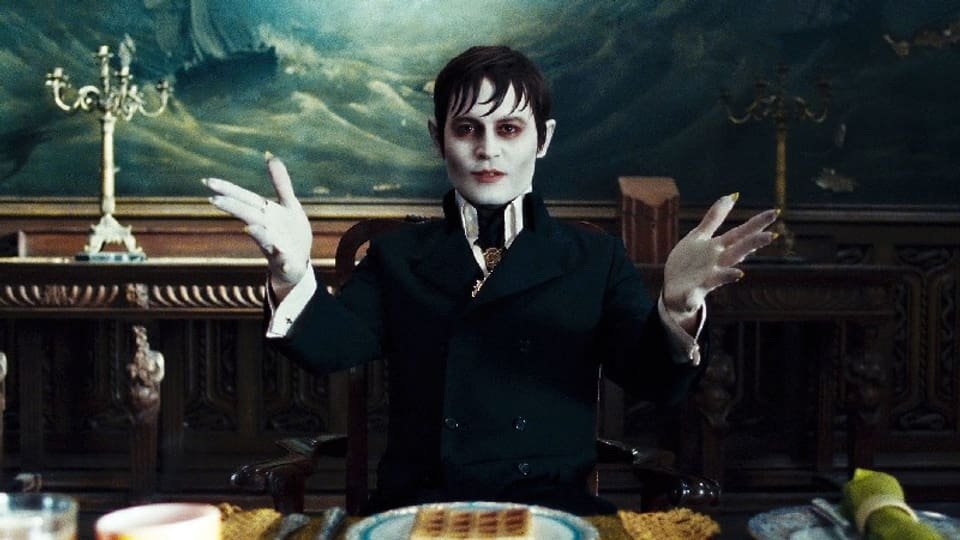 Based on the soap opera of the same name, Dark Shadows is a gothic fantasy film that premiered in 2012. It stars Michelle Pfeiffer, Helena Bonham Carter, Eva Green and Johnny Depp in the lead roles. The film is about a captured vampire (Johnny Depp as Barnabas Collins) who, after his release, returns to his homeland where he must protect his descendants. Dark Shadows mixes gothic elements with humor and gives the audience a grotesque atmosphere. 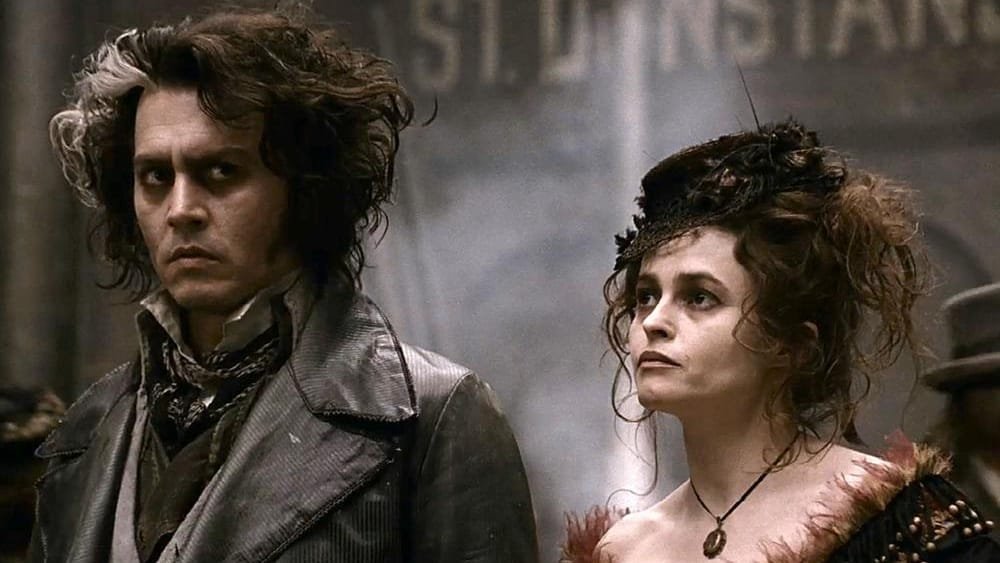 Sweeney Todd: The Demon Barber of Fleet Street is a 2007 slasher film directed by Tim Burton and starring Johnny Depp and Helena Bonham Carter. A retelling of a Victorian story, Sweeney Todd follows a barber and serial killer (Johnny Depp) who murders his customers during their barber appointment and then turns their corpses into pieces of meat with the help of his love interest, Mrs. Lovett (H. Bonham Carter). With its dark atmosphere and thrilling music, Sweeney Todd will undoubtedly send a shiver down your spine!