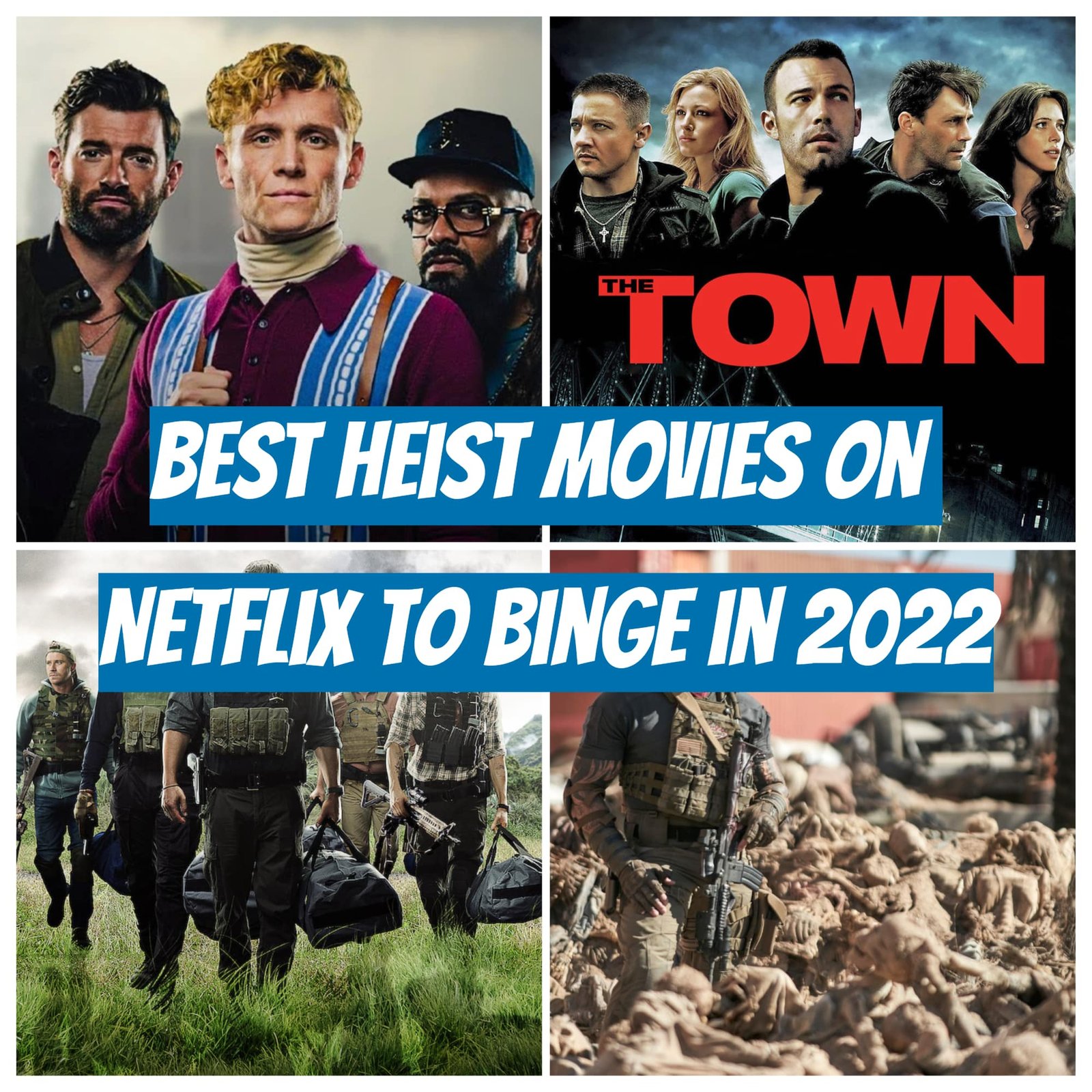 Best Heist Movies on Netflix to Binge in 2022

We want to suggest some heist films to you if you have had a bit of a routine day today and are sick of the sameness. Among these movies, where you can break up the monotony of the day, we’ve listed the successful ones.

Our heist movie, which is at the top of our list, is Army of Thieves. Shay Hatten penned the 2021 heist comedy Army of Thieves screenplay, which Matthias Schweighöfer will direct from a story he co-wrote with Zack Snyder.

Sebastian has a mundane life as a bank teller in Potsdam. He also produces YouTube videos about safecracking that receive no attention. Gwendoline recruits Sebastian into a heist crew consisting of herself, Korina, Rolph, and Brad Cage. Interpol’s team believes they have a lead on the theft, only to be tricked again by them. The women return to Potsdam and reunite with Sebastian, telling him their love is more important than money. 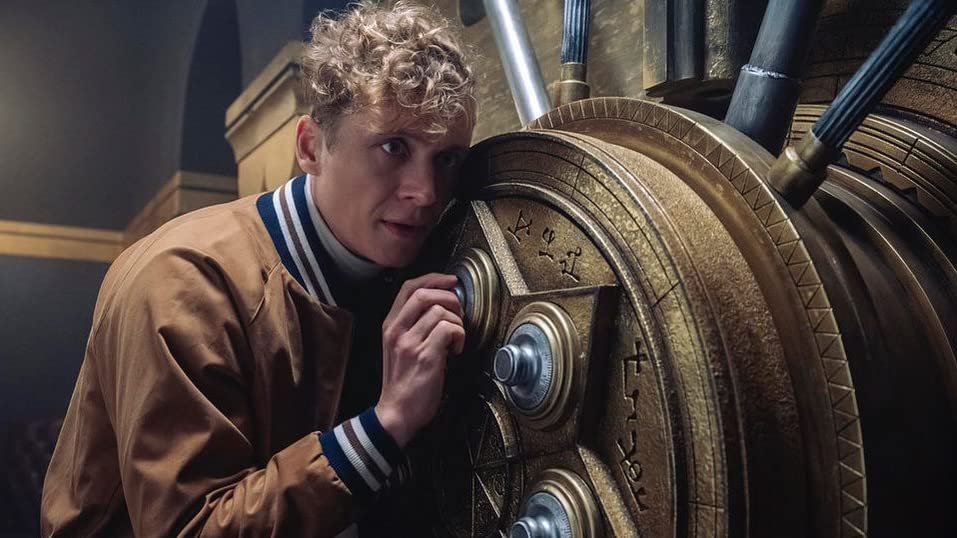 C. Chandor is the director of the 2019 American action-adventure movie Triple Frontier. The script was co-written by Mark Boal and Chandor and was based on a Boal narrative. In the movie, Pedro Pascal, Garrett Hedlund, Charlie Hunnam, Oscar Isaac, and Ben Affleck play a group of former U.S. Army Delta Force operators who regroup to plan a heist of a South American crime lord.

Santiago “Pope” Garcia works in Colombia combating the cartels. An informant asks for his help smuggling her and her brother out of the country. The team infiltrates the house while Lorea’s family attends church to minimize casualties. They subdue the guards but cannot find Lorea or the money. Catfish, Ironhead, and Benny prepare mules to transport the money through the mountains. 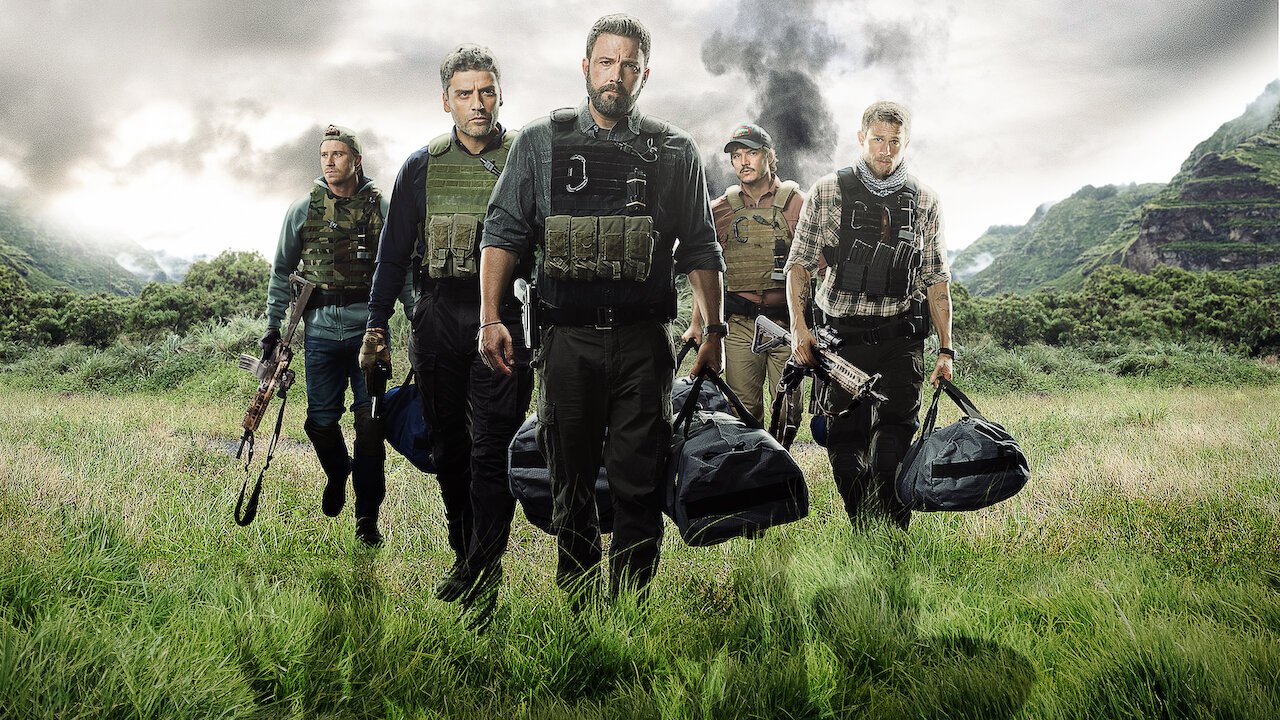 Ben Affleck co-wrote, directed, and starred in The Town, an American crime thriller movie from 2010 based on Chuck Hogan’s 2004 book Prince of Thieves. Along with Rebecca Hall, Jon Hamm, Jeremy Renner, Blake Lively, Titus Welliver, Pete Postlethwaite, Chris Cooper, and Slaine, it also features the talents of these actors. The story revolves around a bunch of Boston bank thieves who aim to settle their score by stealing Fenway Park.

Four lifelong friends rob a bank in Boston, Massachusetts. Manager Claire Keesey is a hostage who is released unharmed. She tells one of the robbers she saw a tattoo on one of them, and he realizes that she can identify Jem, sending them all to prison. Doug and Jem steal $3,500,000 from Boston’s Fenway Park. FBI had been tipped off by Doug’s ex-girlfriend and Jem’s single-mom sister. Dez and Gloansy are shot and killed in a firefight with FBI SWAT operators.

Zack Snyder, Shay Hatten, and Joby Harold collaborated on the screenplay for the 2021 American zombie heist movie Army of the Dead, which is based on a story they each penned. Dave Bautista, Ella Purnell, Omari Hardwick, Ana de la Reguera, Theo Rossi, Matthias Schweighöfer, Nora Arnezeder, Hiroyuki Sanada, Tig Notaro, Ral Castillo, Huma Qureshi, and Garret Dillahunt are among the ensemble cast members in the movie. It centers on a team of mercenaries planning a casino heist in Las Vegas as zombies overrun the world. 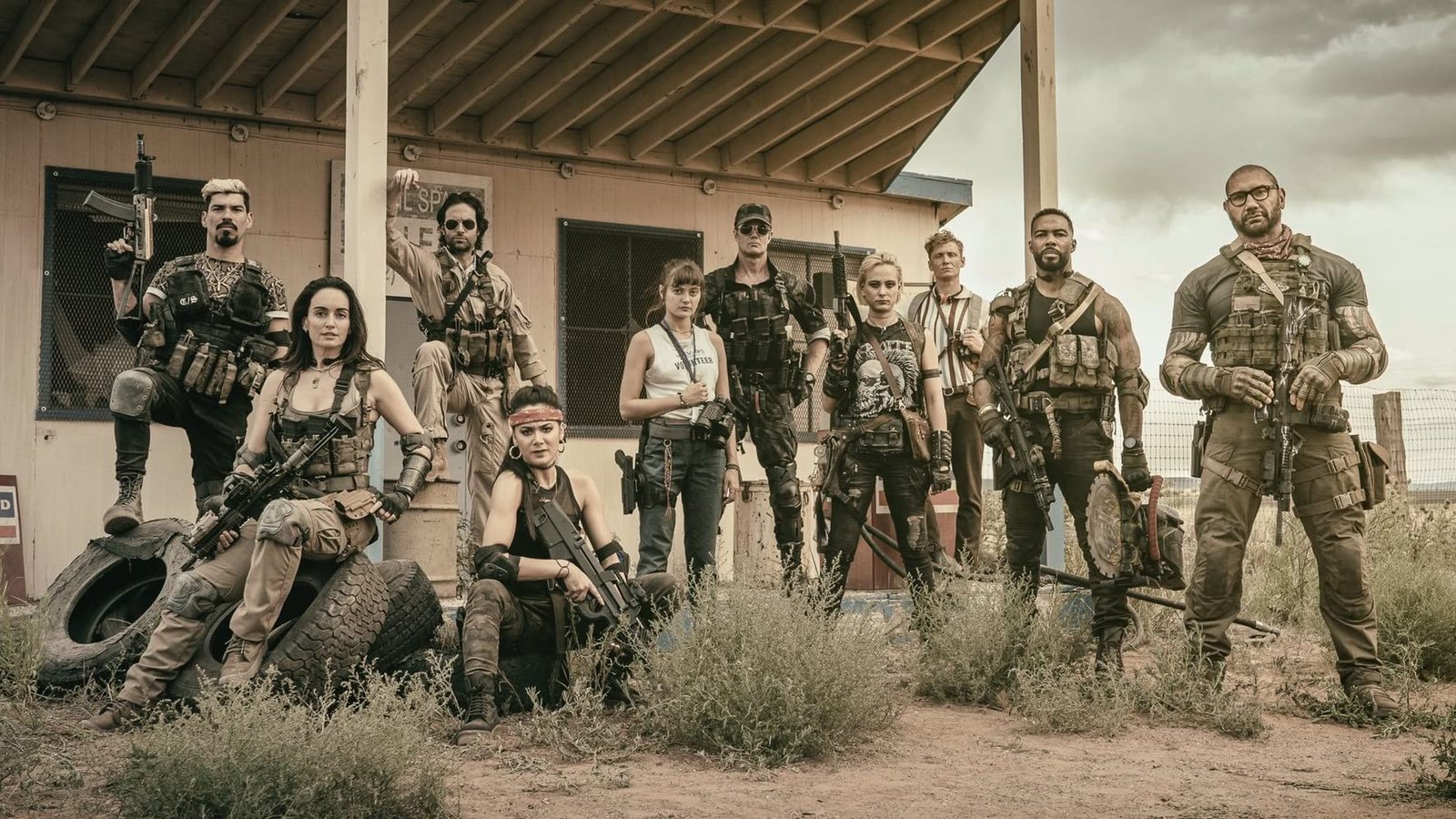 Army of the Dead

The science fiction action movie Inception was written and directed by Christopher Nolan in 2010. He and his wife, Emma Thomas, also served as producers. Leonardo DiCaprio plays a skilled thief in the movie who obtains information by penetrating his victim’s subconsciouses. He is allowed to have his criminal record cleared in exchange for implanting someone else’s concept into the target’s brain. Ken Watanabe, Joseph Gordon-Levitt, Marion Cotillard, Elliot Page, Tom Hardy, Dileep Rao, Cillian Murphy, Tom Berenger, and Michael Caine are among the ensemble cast members. 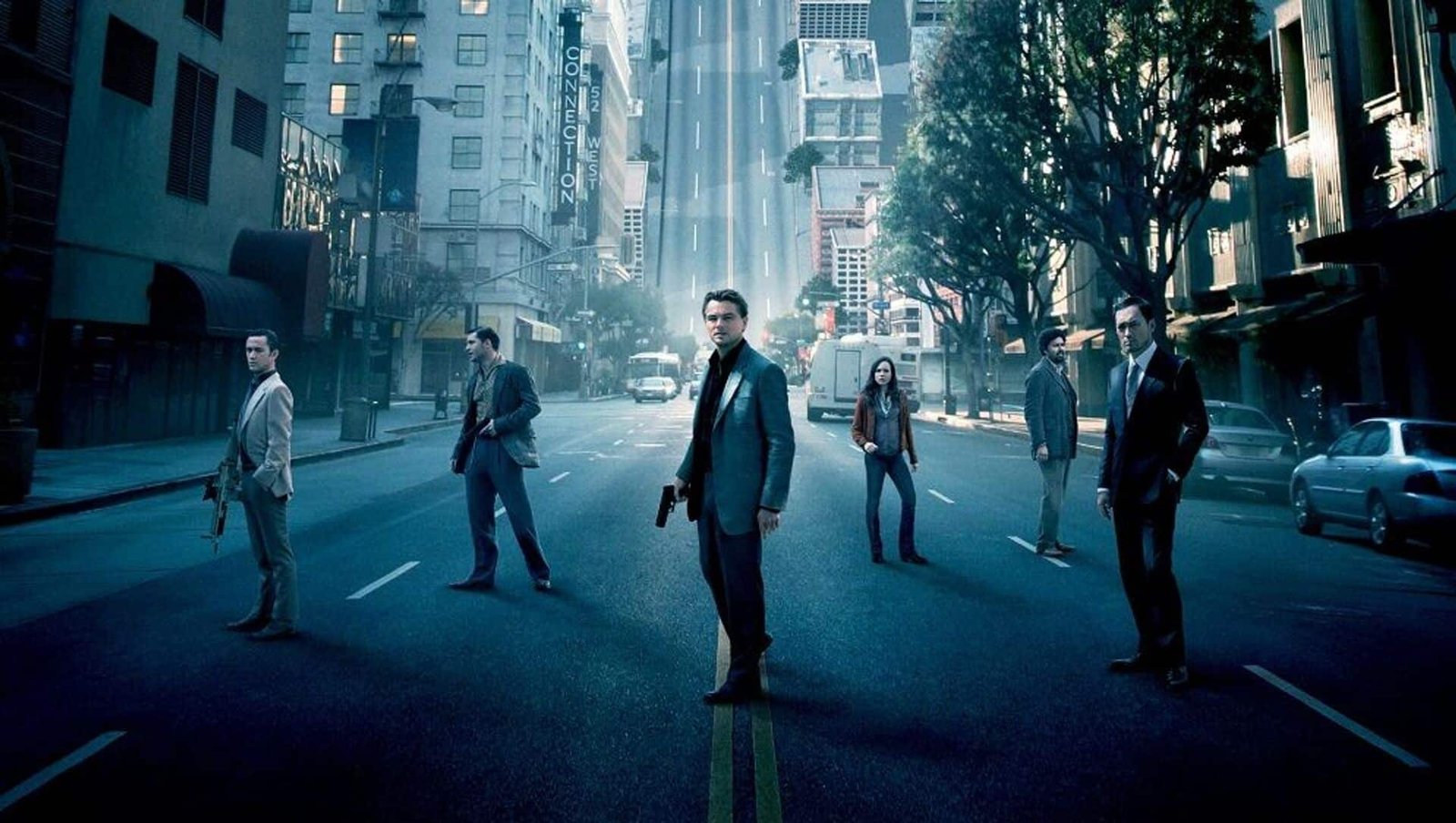 A 2006 American heist thriller called Inside Man was written by Russell Gewirtz and directed by Spike Lee. It revolves around a complex bank heist on Wall Street over a day. The movie stars Denzel Washington as the NYPD’s hostage negotiator Detective Keith Frazier, Clive Owen as the heist’s mastermind Dalton Russell, and Jodie Foster as Madeleine White, a Manhattan power broker. She gets involved at Arthur Case’s request to keep something in the bank’s safe deposit box safe from the robbers. A 2006 American heist thriller called Inside Man was written by Russell Gewirtz and directed by Spike Lee. It revolves around a complex bank heist that happened on Wall Street over a day. The movie stars Denzel Washington as the NYPD’s hostage negotiator Detective Keith Frazier, Clive Owen as the heist’s mastermind Dalton Russell, and Jodie Foster as Madeleine White, a Manhattan power broker. She gets involved at Arthur Case’s request to keep something in the bank’s safe deposit box safe from the robbers. 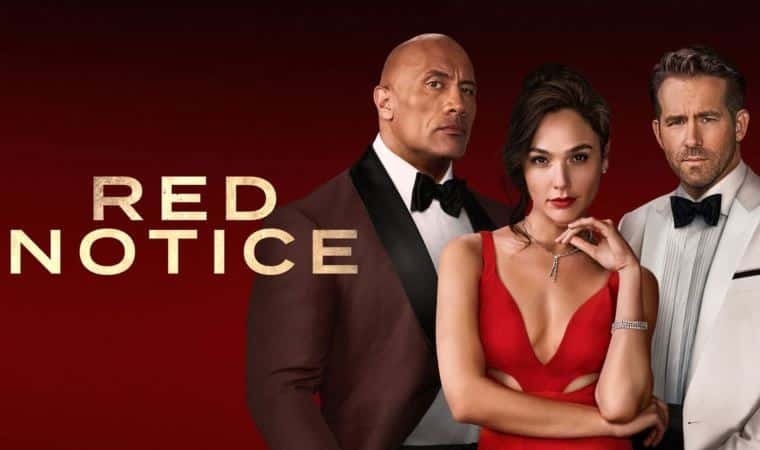